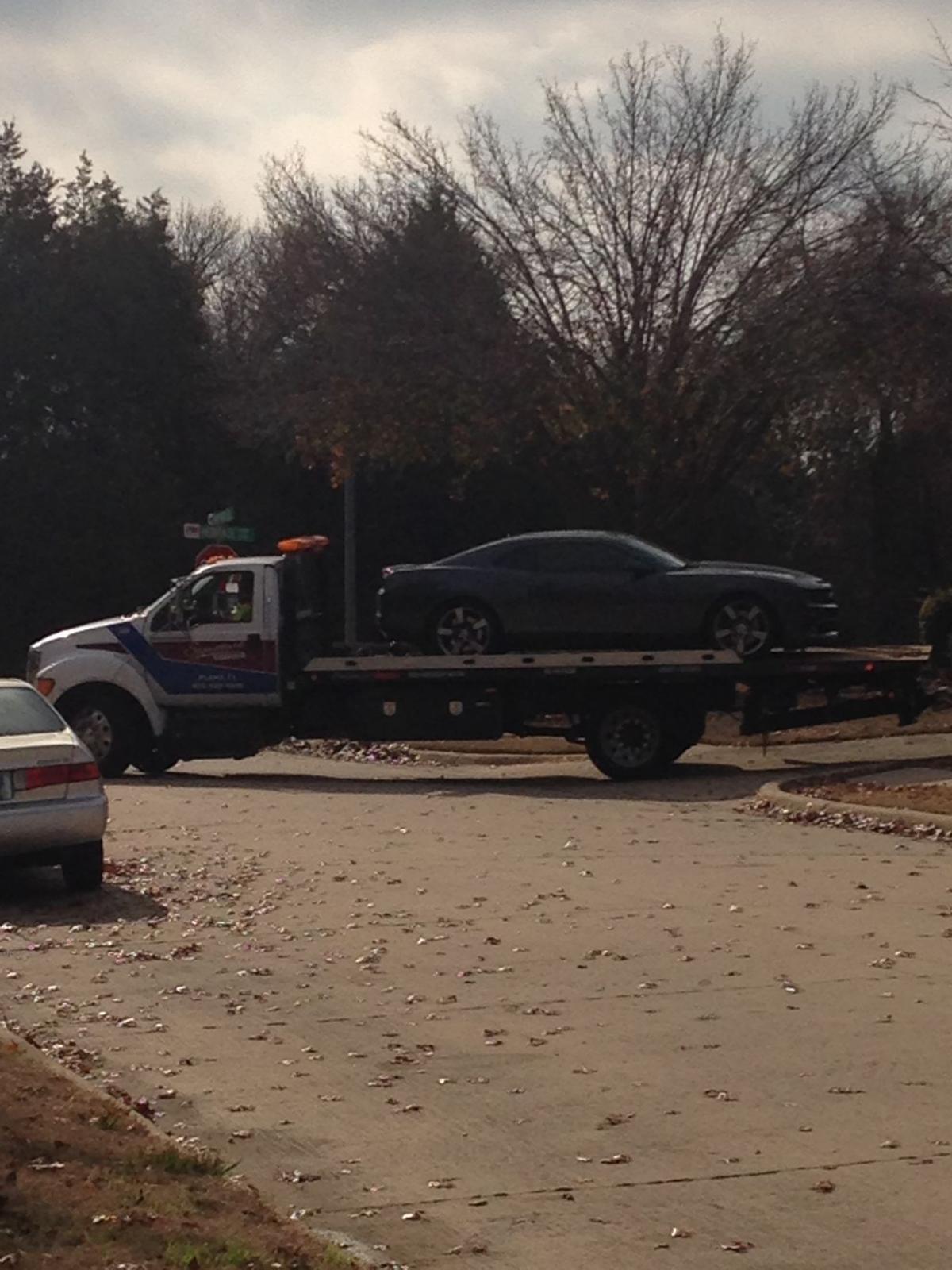 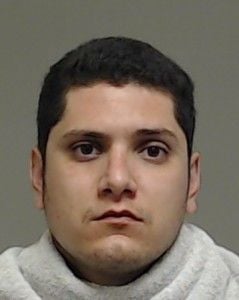 Enrique Gutierrez Arochi, 24, is being held at the Collin County Detention Center on $1 million bond. He's been charged with aggravated kidnapping in connection to the disappearance of Christina Morris. 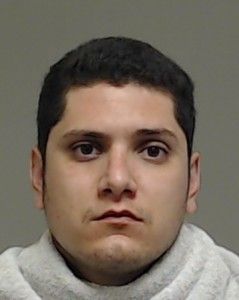 Enrique Gutierrez Arochi, 24, is being held at the Collin County Detention Center on $1 million bond. He's been charged with aggravated kidnapping in connection to the disappearance of Christina Morris.

Many questions surrounding the Dec. 13 arrest of Enrique Arochi for the aggravated kidnapping of Christina Morris were answered on Friday, when the courts unsealed the search warrant and arrest warrant affidavits detailing the Plano Police Department’s investigation.

For the first time since Morris’ disappearance in the early morning hours of Aug. 30, Plano PD has named a suspect: Arochi, the Allen High School acquaintance Morris was last seen with on surveillance footage entering a Shops at Legacy parking garage at 3:55 a.m. that morning.

Arochi has continuously denied any wrongdoing or involvement in her disappearance, but the search warrant and arrest warrant affidavits tell a different story.

A night out with friends

According to surveillance footage obtained by Plano PD, Arochi’s 2010 Chevrolet Camaro and Morris’ 2001 Toyota Celica entered the parking garage near Henry’s Tavern at about 11:22 p.m. on Aug. 29, and parked in close proximity of each other.

Arochi and Morris met up with friends, including Paulina Petrosky, Sabrina Boss and Steven Nickerson. At 12:31 a.m. on Aug. 30, Christina’s driver’s license was swiped at Scruffy Duffies, a bar at The Shops at Legacy. A credit card transaction indicated Christina used her MasterCard to make a purchase there at 12:34 a.m.

Through an interview with Boss on Sept. 6, a detective learned that after the group left Scruffy Duffies, Petrosky, Arochi and Morris got in her car and drove to a nearby Whataburger, then back to Petrosky’s apartment at The Shops at Legacy. Boss said she was tired after eating and attempted to lie down on the couch, but Arochi would not let her and refused to move. Boss said she became frustrated and went to lie down in Petrosky’s bed. About 10 minutes later, Arochi came into the room and told her if she was not sleeping on the couch that he was going home.

In the affidavit, Boss states she believed Arochi was angry and upset that she rejected his advances. In the document, Detective Robyn Busby, said that “based on the anger Arochi displayed at Petrosky’s apartment toward Sabrina Boss when she refused his sexual advances toward her that [he] intended to violate or abuse Christina Morris sexually. [Busby] believes [he] was sexually frustrated that Boss rebuffed his sexual advances and an opportunity presented itself for him to act upon his anger and sexual frustration when he found himself alone with Christina Morris.”

Morris was last seen walking into the parking garage with Arochi. Three minutes later, his vehicle was captured on surveillance footage driving out of the garage. On Dec. 9, DNA evidence collected through a forensic analysis of his vehicle came back positive, supporting the detectives’ theory that Morris left the parking garage undetected in Arochi’s trunk.

The DNA sample, labeled as “swab from edge of trunk opening,” indicated “there was a significant amount of DNA present, which was produced from a single-source female profile.” Plano PD CSI Manager Rick Staub compared the swab taken from the interior trunk opening to the DNA profile developed for Morris from a Dr. Pepper can found in her vehicle.

According to the affidavit, Staub found the DNA profile to be “a perfect match to the DNA profile of Christina Morris. … The chance of another person having this DNA profile is approximately 1 in 69 quadrillion Caucasians.” Based on his experience, Staub told Busby that the amount of DNA present on the swab from the interior of Arochi’s trunk is most likely a bodily fluid such as blood or saliva.

At 3:50, 3:53 and 3:55 a.m., text messages and a phone call were made from Arochi's phone to Morris' boyfriend, Hunter Foster. Arochi denied texting or calling Foster and said he must have let Morris use his phone.

After exiting the parking garage at 3:58 a.m., NTTA toll tag records indicate he traveled along the State Highway 121 and passed through the Custer Road gantry, northbound at 4:08 a.m.

The affidavit states that cellphone records for Morris and Arochi were obtained and indicated that both devices had communicated with a cellphone tower located at 5800 Granite Parkway in Plano, just north of the Shops at Legacy and south of S.H. 121. According to these data records, Arochi's phone last pinged with that tower at 4:56 a.m. Morris' phone last communicated with the same tower was at 4:47 a.m., indicating the phones were in close proximity to one another. This evidence contradicts Arochi's previous statement to detectives that he went directly home after leaving the Shops at Legacy and that Morris was not with him.

Based on this information, detectives believe Arochi returned to the area near the Shops at Legacy with Morris after initially leaving in his vehicle and traveling on S.H. 121.

Due to this data, detectives believe Arochi returned to his residence following the last communication of his cellphone with the Shops at Legacy tower.

On Sept. 15, Plano PD was contacted by Sprint Regional Manager Scott Aronstein, who said that Arochi, a manager at a Wylie Sprint store, had stolen a gold Samsung Galaxy S5 phone and activated this phone on his personal Sprint account on Aug. 25.

The incident report from the Wylie Police Department indicated Arochi returned the stolen phone to another employee. Detectives took possession of the phone on Sept. 23 and logged it as evidence.

Forensic analysis revealed the device appeared to have been "wiped" to eliminate or destroy data.

After Arochi's initial interview with Detective Stamm on Sept. 3, detectives obtained consent from Arochi to view the interior and exterior of his car. A large dent in the front right fender was observed, and the vehicle's interior appeared to be extremely clean and recently vacuumed. Numerous cellphones and data storage devices were also located in the car.

On Sept. 10, detectives conducted a trash pull at Arochi's Allen home. Items collected and logged as evidence included "various cleaning rags and towels; cleaning supplies, including an empty 32-ounce bottle of '409' cleaner and an empty 32-ounce bottle of 'all purpose cleaner' with bleach.” It was observed that the cleaning supply containers appeared to be in good condition, lacked dust and appeared to be recently purchased, the affidavit states.

Two weeks later, on Sept. 24, another trash pull was conducted at the Arochi residence. Several items were logged as evidence, including additional empty bottles of cleaning supplies, empty cellphone boxes and a note handwritten in Spanish that listed the following items: "black shirt, texts from the 29th through today's date, bank bills and cellular bills."

That same day, surveillance video from a Kroger at 1212 E. Bethany Drive was obtained. Dated 10:15 a.m. on Aug. 30, the video shows Arochi pull up to a gas pump, inspect the rear trunk area and passenger side door, and wipe the door with "an unknown piece of material." Arochi then scrubbed the backside of the vehicle with a window squeegee.

Plano PD has uncovered a lot of answers, but one looming question remains: Where is Christina Morris?

“I hope people understand how much time and how much work we’ve actually been doing on this all along,” said Officer David Tilley, Plano PD spokesman. “This is just a small percentage of everything we’ve done. This is just the information we needed to get the arrest and search warrant.”

Despite the grim discovery of Morris’ DNA in Arochi’s trunk, her family holds out hope that the 23-year-old is still alive.

“I believe she is alive until I’m proven wrong, absolutely,” said Jonni McElroy, Morris’ mother. “There are people out there right now. There are people searching every day. Is it harder now? Absolutely, because now I’m definitely scared of what I’m going to come across.”

Arochi, 24, is being held at the Collin County Detention Center, where he was arraigned on Dec. 14. He is being held on a $1 million bond for the first-degree felony and an immigration detainer.

For details on the search warrant affidavit for Arochi's car on Sept. 26, visit planostar.com.

The search warrant affidavit for Enrique Arochi related to the aggravated kidnapping of Christina Morris.

The arrest warrant affidavit for Enrique Arochi for the aggravated kidnapping of Christina Morris.

At 7:50 a.m., Plano Police Department detectives executed an arrest warrant on Enrique Gutierrez Arochi, 24, at his Allen home. Arochi was arrested without incident and has been charged with aggravated kidnapping in connection with the disappearance of Christina Morris.

A certified cadaver dog team from Houston joined the hunt for Christina Morris at the request of Paula Boudreaux, the private investigator hired by the 23-year-old’s family to find the missing woman.

As the three month anniversary of Christina Morris’ disappearance came and went with still no sign of the missing woman, the search has intensified for the Allen native, last seen on surveillance video walking into a parking garage at The Shops at Legacy in the early morning hours of Aug. 30.

On Wednesday, the Wylie Police Department released the September arrest report for Enrique Arochi, the Allen man under scrutiny for being the last person seen with Christina Morris, who went missing Aug. 30 from the Shops at Legacy in Plano.

Contradictions in man’s account of last moments with Morris

As Jonni McElroy and Anna Morris faced the parents of Enrique Arochi for the first time since their daughter went missing Aug. 30, the courts unsealed a search warrant affidavit detailing the Plano Police Department’s investigation into the disappearance of Christina Morris.

Kudos to the Plano police department for doing such a thorough investigation. To many inconsistent/contradictory stories from the suspect to believe he isn't the right person, or doesn't know more about what took place. No one normally cleans their vehicle with a bleach based solution (causes fading of material, especially carpet/cloth).

From what has been released I believe they have the right person. However, is there any chance the suspect met up with another driver and transferred the victim. Seems a little strange that the suspect would reach out to Morris' boyfriend around 4:00 AM.

Also, what is the immigration violation? We need more details on this.

Has any though been given to calling a city of volunteers (1000s) and searching areas where cell phone pings were detected (usually a 5-10 mile radius)?

If this suspect is guilty, lets hope he gets the death penalty!