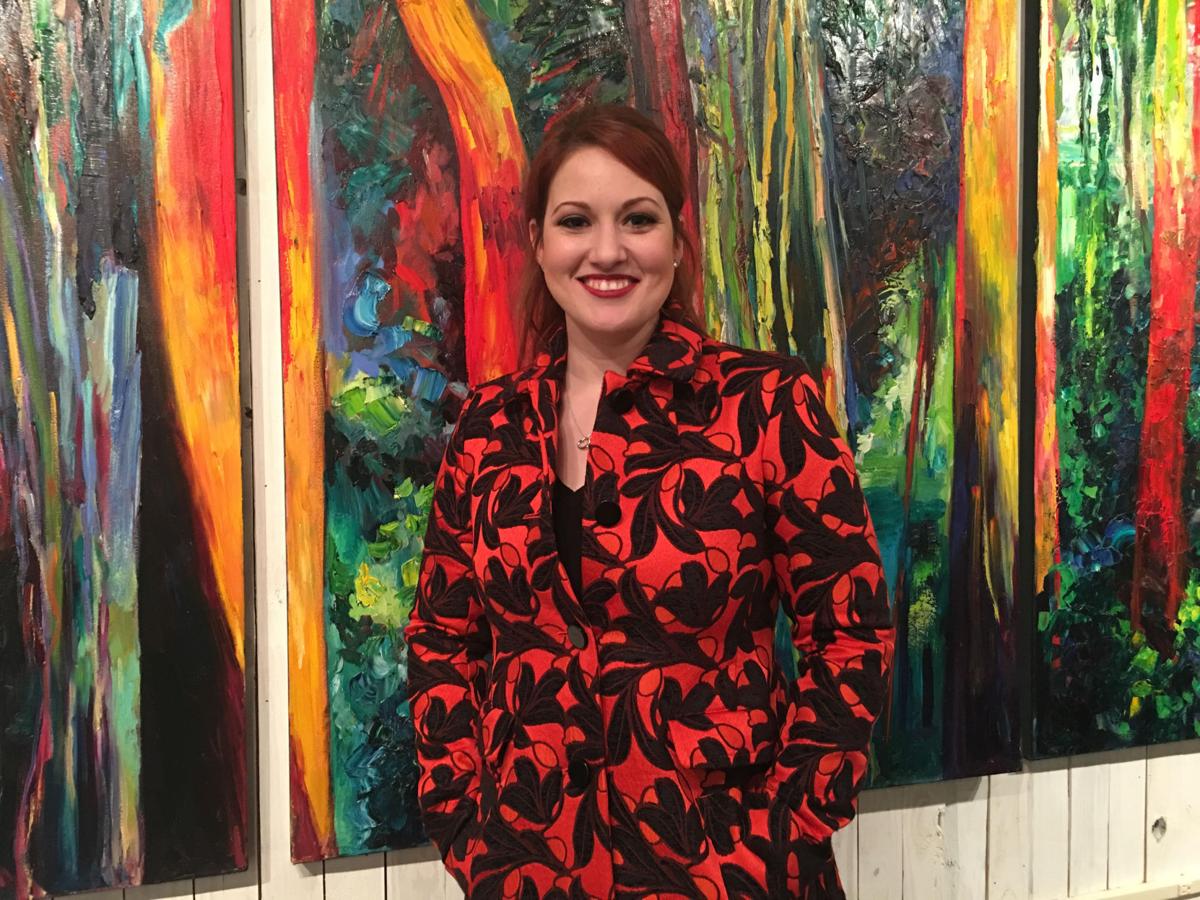 Amanda Dunbar (pictured), a nationally and internationally acclaimed artist who grew up in Allen, was invited to Blue House Too last Wednesday night for an opening night reception celebrating an exhibit of her latest work. 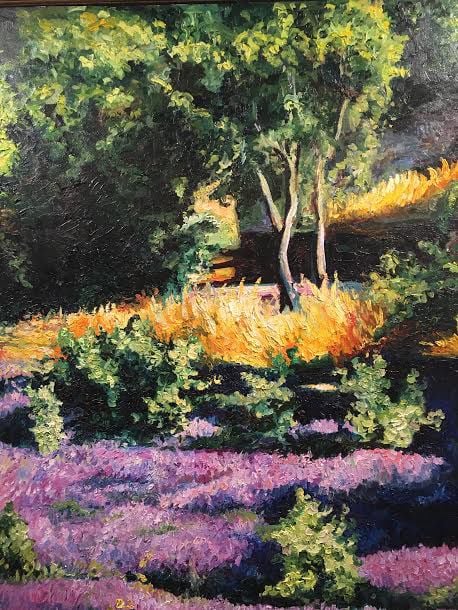 Original works including “Wild Lavender” and “Enlightened Path” will be on display through Dec. 31.

Amanda Dunbar (pictured), a nationally and internationally acclaimed artist who grew up in Allen, was invited to Blue House Too last Wednesday night for an opening night reception celebrating an exhibit of her latest work.

Original works including “Wild Lavender” and “Enlightened Path” will be on display through Dec. 31.

*By 16, she'd appeared on "The Oprah Winfrey Show" and had sold nearly 80 paintings at Dallas art gallery

*Dunbar attended reception at Blue House Too last week in honor of her new exhibit, on view through Dec. 31

*Working artist now headed towards career in academia, studying art history at The University of Texas at Dallas

At 13, Amanda Dunbar began oil painting under the tutelage of Mr. Ferguson at Ford Middle School. By 16, she was a guest on “The Oprah Winfrey Show.”

Ferguson had a makeshift art studio set up in his classroom that he opened up after-school, on weekends and during summers. He left it open and encouraged students to come in whenever they liked. Dunbar signed up “mostly because I thought the teacher was cool,” she said.

The room had great energy, she recalled, and Mr. Ferguson was very encouraging to his students. She discovered that she was having fun – a lot of fun.

“I just discovered that it was something I was really passionate about. It really spoke to me,” she said.

Many teenagers have a ball when they develop a new hobby, but it mostly remains just that: a hobby. But when Dunbar showed her teacher an impressionistic painting she’d done of a mother and child, he knew what he had on his hands: a child prodigy.

That was pretty much it – Dunbar went home and told her parents that she wanted to be an artist. They said sure, but it would take a lot of discipline; like any other job, you work nine-to-five, five days a week at a minimum. Later in life, Dunbar learned that they thought it would make her quit, but it was quite the opposite.

“I was working in the studio like 15, 16 hours a day,” she said. “They said I needed to not be obsessed with this. By the end of two summers of doing this, I had close to 100 paintings.”

The Dunbars, Canadian natives who moved to Allen when Amanda was 12, staged a little art show in their home for friends and neighbors to attend. Word got out to the now defunct Florence Art Gallery in Dallas about this unusually talented kid who’d done 100 oil paintings in two summers’ time. A gallery representative came out to their house and saw Dunbar’s work and responded strongly – they told her they wanted to curate it and offered her a show. She was a 15-year-old who had a respected Dallas art gallery giving her the chance to show her work and sell it, something Dunbar said she “didn’t realize at the time was a much bigger deal than I thought it was.”

She brought in about 80 paintings for the show and sold all but two or three of them. The earnings were “a decent amount to put towards a college education,” she said.

Not long after her Dallas show, word had gotten all the way up to Chicago to Harpo Productions, Winfrey’s production company. They called and told Dunbar that Winfrey wanted to interview the wunderkind. She described Winfrey as “gracious” and an “inspiration to [her].”

“When she’s speaking to you, you’re the only person in the room. She just pulls the thoughts out of you that you were feeling that you can’t necessarily articulate,” she said. “She’s a very gifted woman.”

A national audience with one of the most famous people in America opened all sorts of doors for her.

“It was like being on a racing train. It was sort of the strangest, most exhilarating, craziest thing,” Dunbar said. “All the sudden it just sort of exploded and galleries were calling me from all over the country wanting to curate my work and do shows. That’s what I’ve been doing ever since.”

Dunbar’s talent has taken her places and earned her distinctions not many can lay claim to. She has been featured in solo exhibits in Austin, Portland, Chicago and New York. In 2006, at the age of 24, she was the youngest person to be inducted into the Texas Women’s Hall of Fame. Mayor Stephen Terrell proclaimed Oct. 14, 2000 “Amanda Dunbar Day.” She has a key to the city. D Magazine, in their “Best of Big D” issue, named Dunbar “Best Angst-less Artist” of 2002. She continued to work prolifically, often at a pace of 100 paintings per year.

A career in academia is in her near future, Dunbar said. She found that by explaining her work over the years to so many people, she already has a leg up on other students, not to mention, she can speak from experience.

“I like to be a voice of a working artist in the midst of academia where they have wonderful theories about things and you go, ‘Let me tell you what that’s like in the studio,’” she joked.

This marks the second consecutive year Dunbar has been welcomed back to Blue House Too for an exhibit.

“Her paintings are so vibrant and colorful,” said Oddrun Mahaffey, who manages the gallery. “They’re such a joy to look at. To look at them makes me happy.”

“It’s always so nice to know that you have support and that people even 10 or so years later are still interested in seeing your new pieces and interested in talking to you and seeing what you’re doing,” Dunbar said of her homecoming. “It’s great –friends and family and it’s fun.”

Dunbar’s exhibit will be on display at Blue House Too, 970 Garden Park Drive, through Dec. 31.

“It’s always so nice to know that you have support and that people…are still interested in seeing your new pieces and interested in talking to you and seeing what you’re doing.”