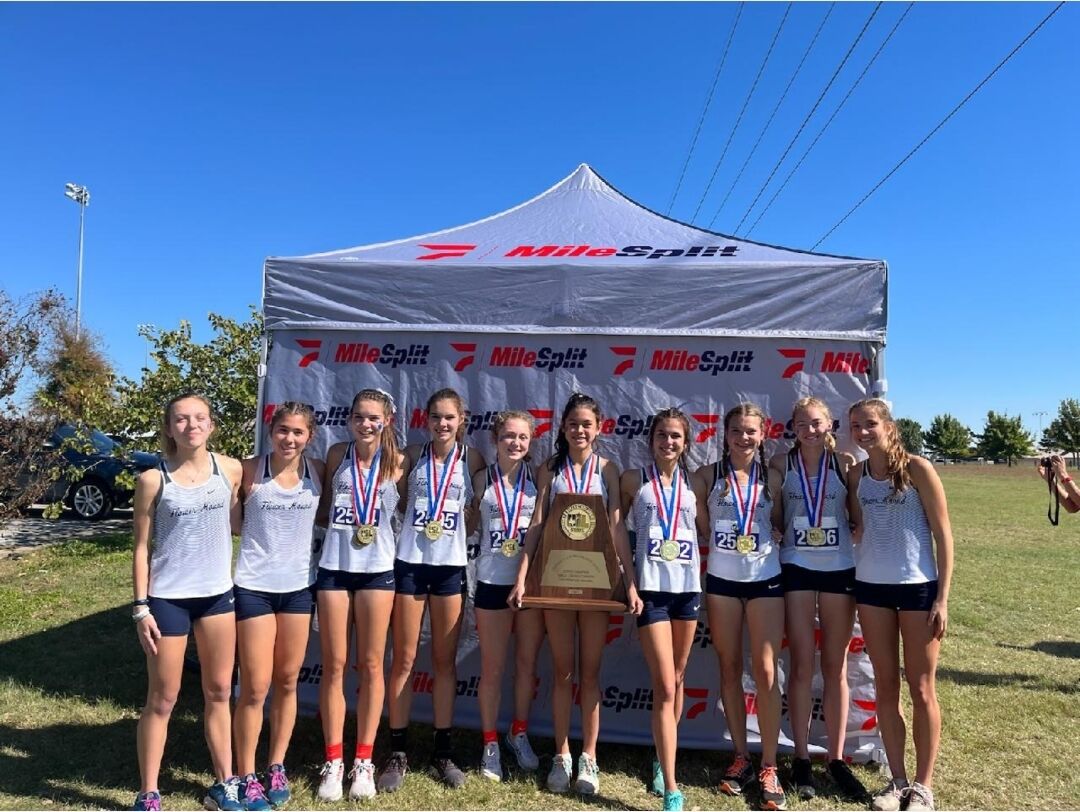 The Flower Mound girls cross country team poses with the Class 6A state championship trophy at Old Settler’s Park in Round Rock on Saturday. 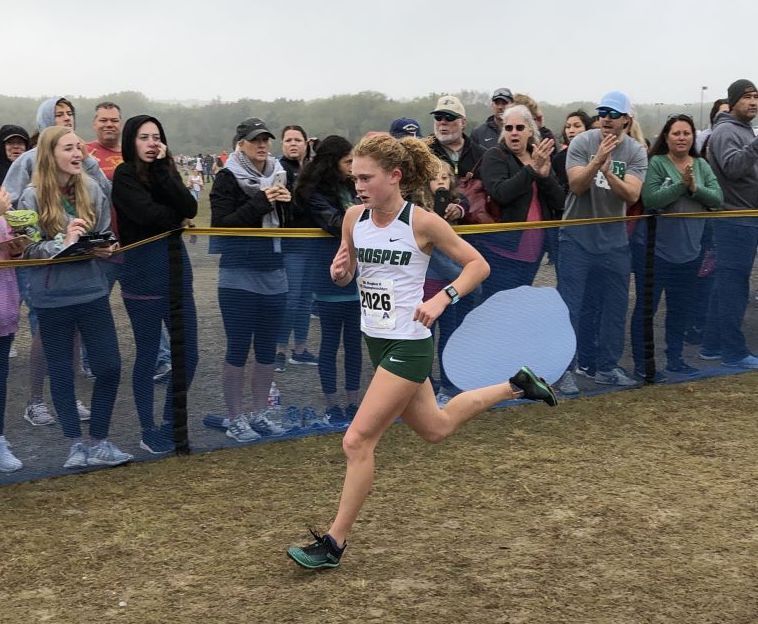 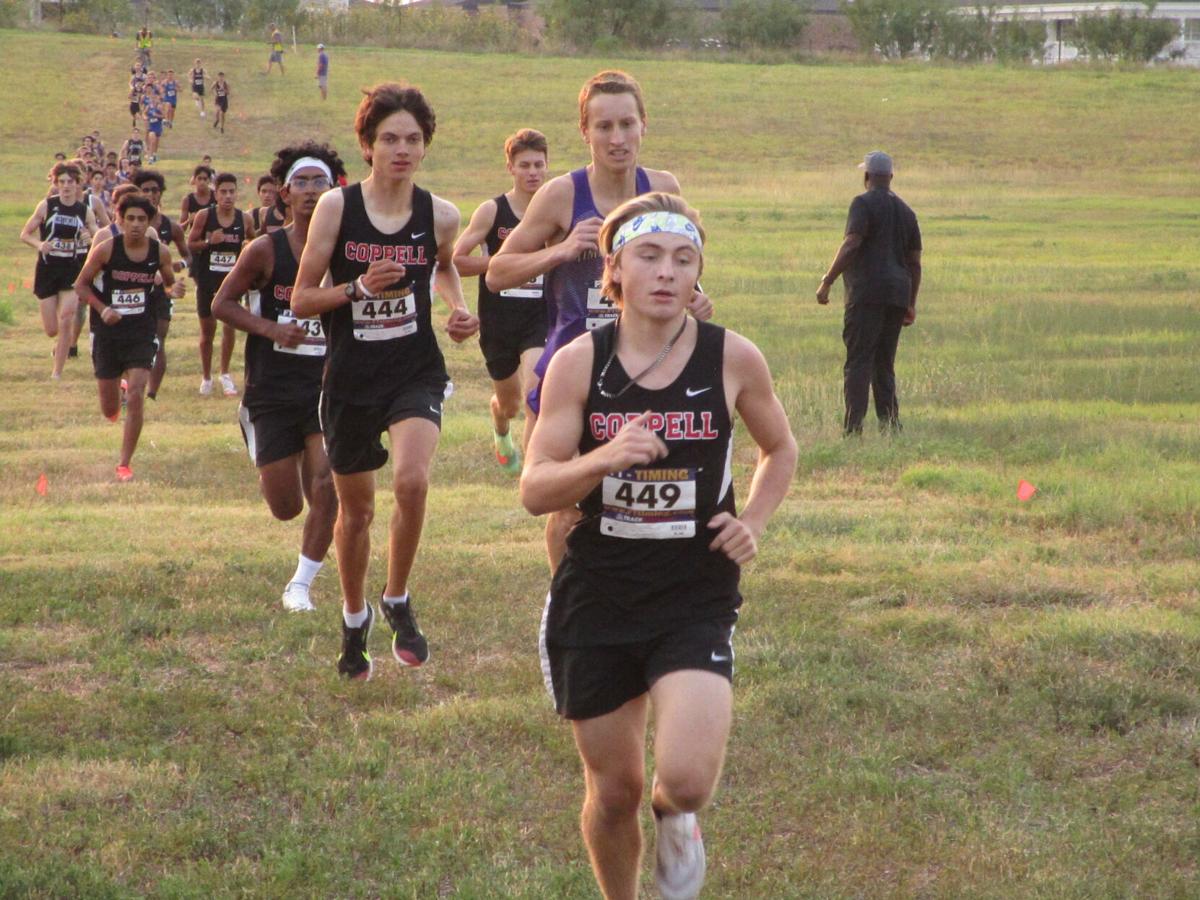 Coppell junior Andrew Mullen, pictured in previous action, finished in seventh place in the Class 6A state cross country championships at Old Settler’s Park in Round Rock on Saturday.

The Flower Mound girls cross country team poses with the Class 6A state championship trophy at Old Settler’s Park in Round Rock on Saturday.

Coppell junior Andrew Mullen, pictured in previous action, finished in seventh place in the Class 6A state cross country championships at Old Settler’s Park in Round Rock on Saturday.

There was a time this spring when Flower Mound head girls cross country coach Andrew Cook knew that his Jaguars had a very realistic chance to repeat as state champion.

“We have four girls that have gone under 5 minutes in the mile,” he said. “That’s almost unheard of. After the spring, that gave them a lot of confidence coming back. I felt like that we could put together a really good team.”

The quickness that Flower Mound possesses was on full display at Old Settler’s Park in Round Rock on Nov. 6.

Led by a first-place finish by senior Natalie Cook, Flower Mound earned its second consecutive state title in dominating fashion. The Jaguars scored 41 points -- 66 points better than second-place Prosper (107) and 75 ahead of third-place The Woodlands (116).

Natalie Cook made it look easy in cruising to the top individual finish in a time of 16:32.4. It was the cherry on top of what has been a dominant postseason for the Oklahoma State commit. Cook won thedistrict meet for the fourth year in a row, cruised to the Region I-6A title by more than a minute and won the state meet by almost a minute.

“A lot of confidence,” coach Cook said of Natalie. “She felt good and really wanted to get after it the first mile. I’m really proud of her, too. She’s matured a lot. In the second mile, she really kept the pressure on, and that is where the gap really opened up.”

Sophomore Nicole Humphries authored one of the more inspiring stories at the state meet. She had to drop out of last year’s state meet with a half mile left because of a medical condition. She came back strong on Saturday, finishing the 5-kilometer course in 17:39.3, good for fourth place.

“I told them, ‘Let’s run fast,’” coach Cook said. “I felt like that we had the best team going into the meet. I kind of felt this year that we want to defend the state title and attack and get after it. That was our goal, to go out and start fast and run as hard as you can.”

Prosper senior Aubrey O’Connell capped off her high school career in style, earning her fourth straight top-five finish at the state meet. O’Connell, the 2019 state champion, ran to second place in 17:28. Her time was an improvement of 25 seconds from last year’s meet.

O’Connell wasn’t the only Prosper runner to place in the top five.

Junior Shewaye Johnson, who is in her first season running with the Lady Eagles after a stellar cross country career for Ballard, Iowa, ran to third in 17:32.

On the boys’ side, Plano West senior Hudson Heikkinen ran to silver in a time of 15:04.9. The state runner-up finish comes one year after he placed 44th in the same race. It was the highest individual finish in program history, besting Jonathan Serrell's third-place finish in 2002.

It was quite the postseason for Heikkinen. He won the District 6-6A title and Region I-6A meet title and the Wolves qualified for the state meet as a team after finishing in third place.

"After finishing 44th last year, Hudson’s focus was winning the state meet this year and helping his team to podium at the state meet," said Sean Fairchild, Plano West head coach. "He pushed himself in practice and at meets and ran some very technical races throughout the season preparing for Saturday’s race.

"Hudson ran a smart race and was in a great position to close in the last 400, but it was Kevin Sanchez’s day and he deserved it. Hudson had a great year and ran a great race and showed why he was the top seed going into the state meet."

West finished seventh as a team Saturday with 199 points. Southlake Carroll won the team title with 65 points, marking the 12th straight year that the Dragons finished in either first or second place.

Coppell junior Andrew Mullen capped off a stellar postseason by placing seventh in a time of 15:17.1. He was the runner-up at the District 6-6A championships and seventh at the regional meet.

“The plan coming in was to get top 10 overall,” he said. “It worked out pretty well. I had to get out fast since it was the state meet. A lot of people are fast. You’ve got to stay up with the top because you don’t want to get caught in the back because it’s hard to push through. It felt great. It’s a great experience. I’m probably going to remember it for a long time.”

Below are results for the 6A state cross country meet pertaining to student-athletes from Star Local Media's coverage area.