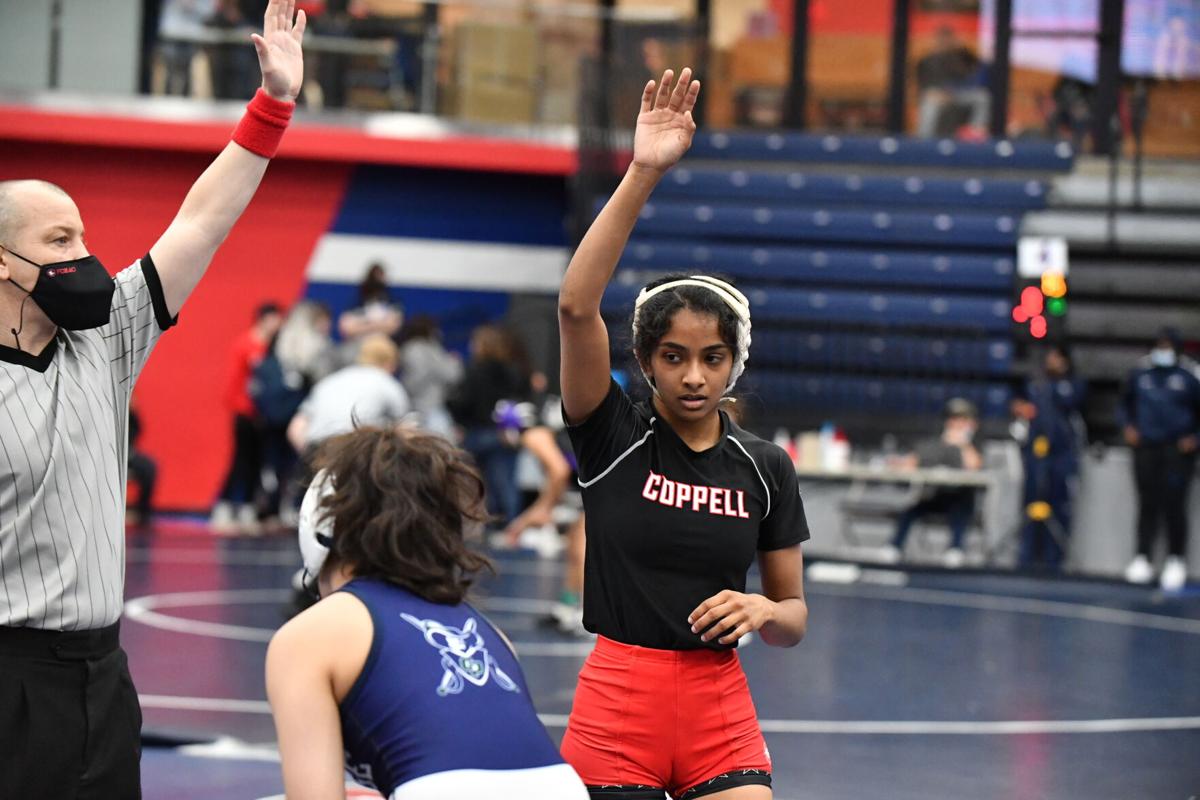 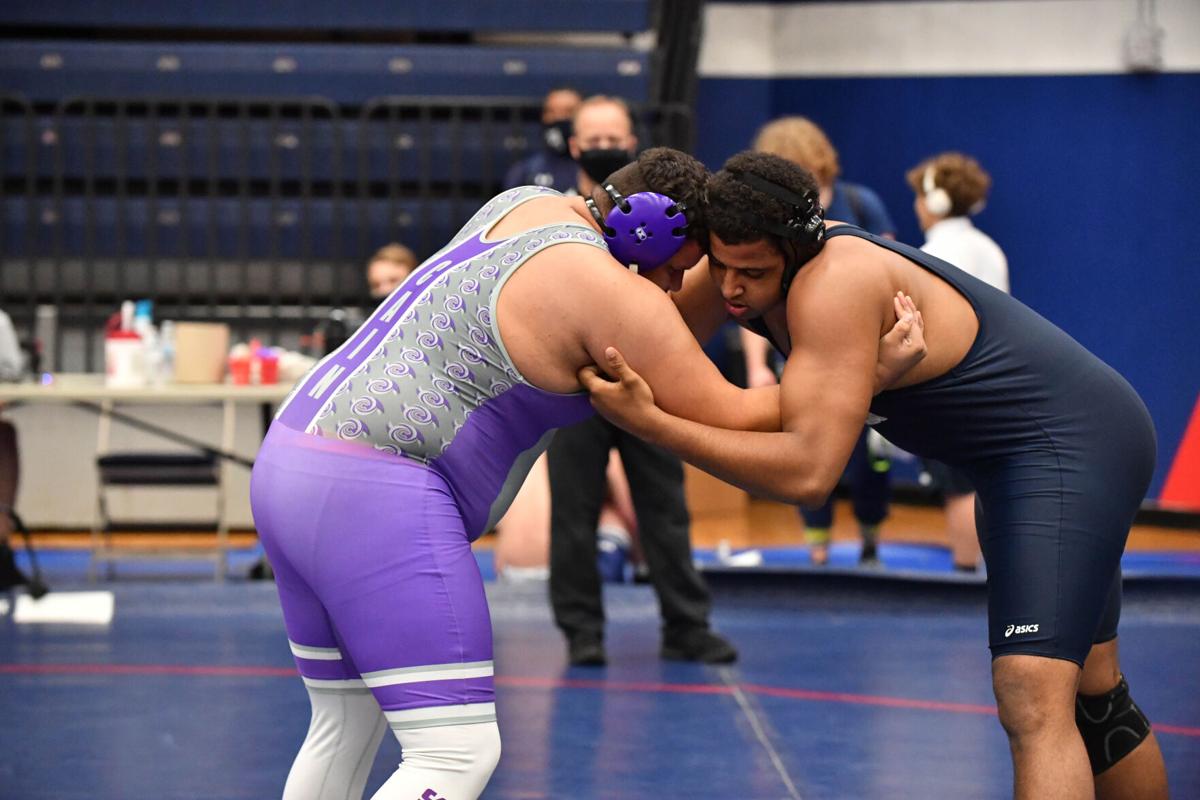 ALLEN — For as long as the Allen boys wrestling team has been racking up UIL state championships, of which the Eagles have amassed 11 in a row, they’ve prefaced that with a convincing performance at their regional meet.

On Saturday, for the first time ever, Allen had some familiar company atop the team standings. While the Eagles captured another Region II-6A title, the program’s girls team hoisted the first regional championship in its history.

The Allen boys totaled 292 points, just over 100 more than second place, and the Lady Eagles followed suit with a program-high 111 points at the Region II-6A meet for a sweep atop the standings inside their home gymnasium.

“It’s awesome. Coach (Josh) Brining does a great job with our girls and they really turned it up here at regionals,” said Jerry Best, Allen head coach. “They turned around what happened at districts and ended up winning this tournament by a pretty good margin. It’s pretty exciting for our program.”

“I thought they wrestled pretty well. We had a couple let-downs and a situation where we didn’t get someone out at 195 after finishing fourth, but overall the kids wrestled really well,” Best said.

“That was the third time Jasmine had wrestled [Hernandez] and pinned her the first two,” Best said. “The injury today was unfortunate, but Jasmine is a pretty special girl. She’s going to be pretty tough to beat.”

The top-three finishers at regionals automatically qualified for state, a slight alteration from years past from where the top four advanced — a change made by the UIL in navigating the COVID-19 pandemic.

The road to state has been atypical. The start of the 2021 season was delayed until March 1, which afforded teams just over one month of regular-season meets before beginning the postseason.

“We’re happy we got to wrestle. A lot of people probably thought this wouldn’t happen,” said Chip Lowery, Coppell head coach. “The wrestling coaches statewide have done such a great job. We haven’t had any flare-ups, we’ve been monitoring our own kids, it’s gone great. I think a lot of people never expected us to get this far and thought the season might get closed down. We’re happy we get to wrestle and we’re happy to be taking kids to the state tournament.”

Lowery’s Cowgirls, who tied for second at regionals alongside Killeen Harker Heights at 93 points, will have plenty of representation at state. The Coppell girls totaled four qualifiers, including a commanding finish to the tournament by senior Hannah Francis in the 215-pound bracket. Looking to build on last year’s third-place finish at state, Francis will be joined by junior Maria Husain (95 pounds, second place), senior Ananya Sampathkumar (102, second) and sophomore Scout Carrell (110, third).

“[Francis] got pushed [on Friday] and had a match go all three rounds for the first time against a girl from College Park,” Lowery said. “She didn’t like that feeling and that really motivated her over these last two rounds. She got a couple really big pins, including against another state placer from last year.”

Ditto for Prosper and Plano West, who both placed their boys and girls teams in the top eight at regionals. Prosper’s boys team finished fifth overall with 95 points, led by a first-place finish at 160 pounds for senior John Richardson, as well as top-three nods for sophomore Joseph Richardson (120, third) and senior Chase Parham (195, third), while the Prosper girls took eighth with 58 points. Junior Taylor Martinez paced that effort by winning the 138-pound bracket.

Little Elm, in its first year as a 6A program, will send two wrestlers to Cypress after senior Jax Brown (285) and senior Kayce Bolle (165) both came away from regionals with third-place finishes. As a team, the Lady Lobos placed 15th overall with 35 points, with the Little Elm boys not far behind in 17th place with 26 points.