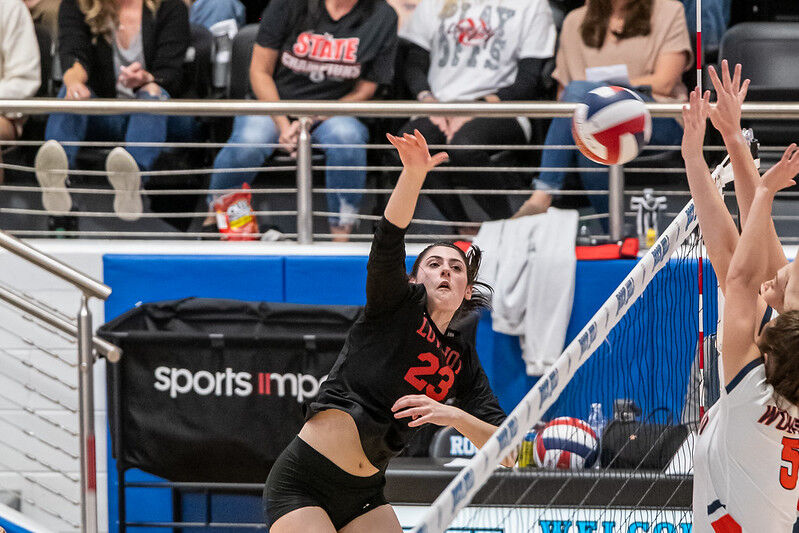 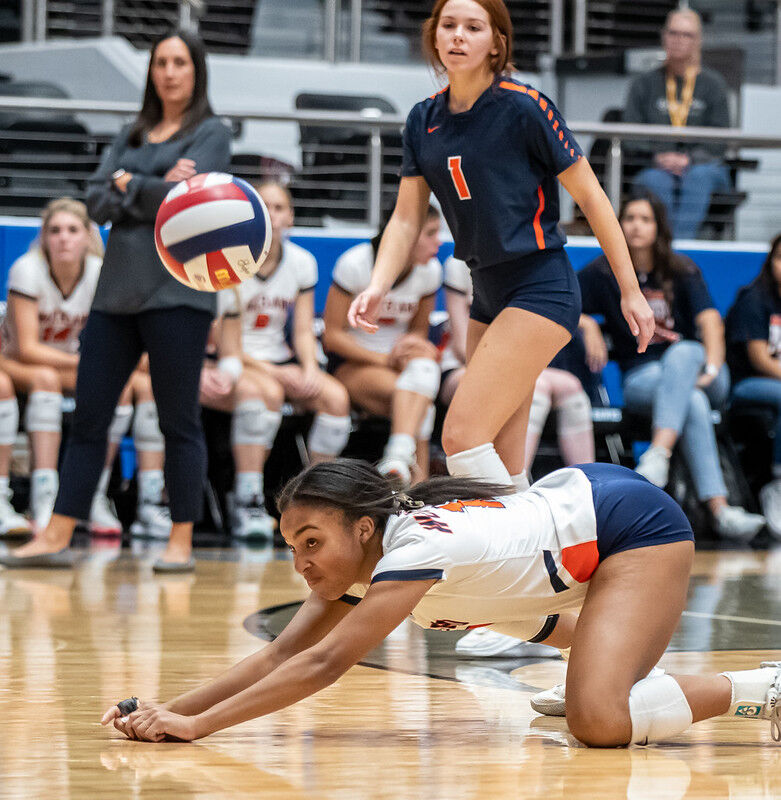 Lovejoy senior setters Averi Carlson and Rosemary Archer were determined to get the ball out of their hands as quickly as possible and into those of the Leopards’ hitters in Tuesday’s Region II-5A quarterfinal against Frisco Wakeland at Prosper Rock Hill High School.

The wizardry by Carlson and Archer didn’t afford Wakeland’s defense much time to get set up.

“We have two of the best setters in the nation, in my opinion, at the moment on the same team,” said Natalie Puckett, Lovejoy head coach. “They get people’s heads spinning.”

Lovejoy (38-6), ranked No. 1 in Class 5A by the Texas Girls Coaches Association, won its 13th straight match Tuesday. The two-time defending state champion hasn’t lost since Sept. 24 when it fell to District 10-5A foe McKinney North in three sets.

“It refocused us,” Puckett said. “Sometimes, nobody likes to lose. But we took that loss and realized that there are a lot of things that we could learn from it.”

Archer’s versatility was on full display Tuesday. In addition to being one of two primary setters on the team, she is a stand-out defensive player and, offensively, is one of Lovejoy’s best hitters. The Pepperdine commit finished with 14 kills – seven in the first set – 10 digs and 24 assists.

Archer’s leadership at both setter and middle blocker helped the Leopards to get off to a strong start.

During one point, she pushed the ball in the air and junior Hannah Gonzalez swatted home the kill attempt, giving Lovejoy a 7-5 lead. It was the first of seven straight points for the Leopards, who saw their lead increase to 13-5 after a bad pass by Wakeland led to a kill by Gonzalez.

“She is the ultimate complete package,” Puckett said of Archer. “She is going to Pepperdine to set, but let’s actually see what they can do with her. For us, she’s our utility player. She’s ready to pass, ready to hit, ready to set and she blocks ball. She’s such a good player.”

Carlson, a Baylor commit, provided just as good versatility on the court for Lovejoy against Wakeland, totaling 23 assists, nine digs and seven kills.

Lovejoy’s solid play continued in the second set and took a 2-0 lead in the best-of-five match, forcing Wakeland to have to win three consecutive sets to keep its season alive.

In search of a spark, the Wolverines found a steady hand in junior Hannah Pfiffner. Pfiffner, who leads Wakeland in kills this season, came on strong in the third set. Pfiffner recorded a kill and a pair of blocks on three consecutive points to give the Wolverines a 5-1 lead.

Although the Leopards answered with timely kills by Archer and senior Lauran Richards, the Wolverines continued to fire away. Jessica Jones went in the air for a block to bring Wakeland all the way back from a 19-16 deficit to a 20-19 lead.

“We just got behind the gun at the very beginning of the game and just didn’t quite get our service-receive going and clicking,” said UiLani Womble, Wakeland head coach. “We were playing from behind the whole time. In the third game, we were like, ‘This is it. 25 points is all we have left in our season if we don’t fight.’ But they responded and did a good job. I was really proud of them.”

But Lovejoy proved too much.

With Lovejoy pushing Wakeland to match point, Leopard senior Grace Milliken, a Boston College commit, hit the ball off the hands of a Wakeland defender to complete the three-set victory for Lovejoy.

Wakeland finishes its season with a 24-16 record. The Wolverines made it three rounds deep in the playoffs in Womble’s second season as the team’s head coach. Wakeland didn’t qualify for the postseason last year.

“I’m pleased,” she said. “We started off the season strong and made two really good showings at both of the tournaments that we went to. We got into district and had a bit of a roller coaster in the first round but got on a seven-game winning streak. They’re great kids.”