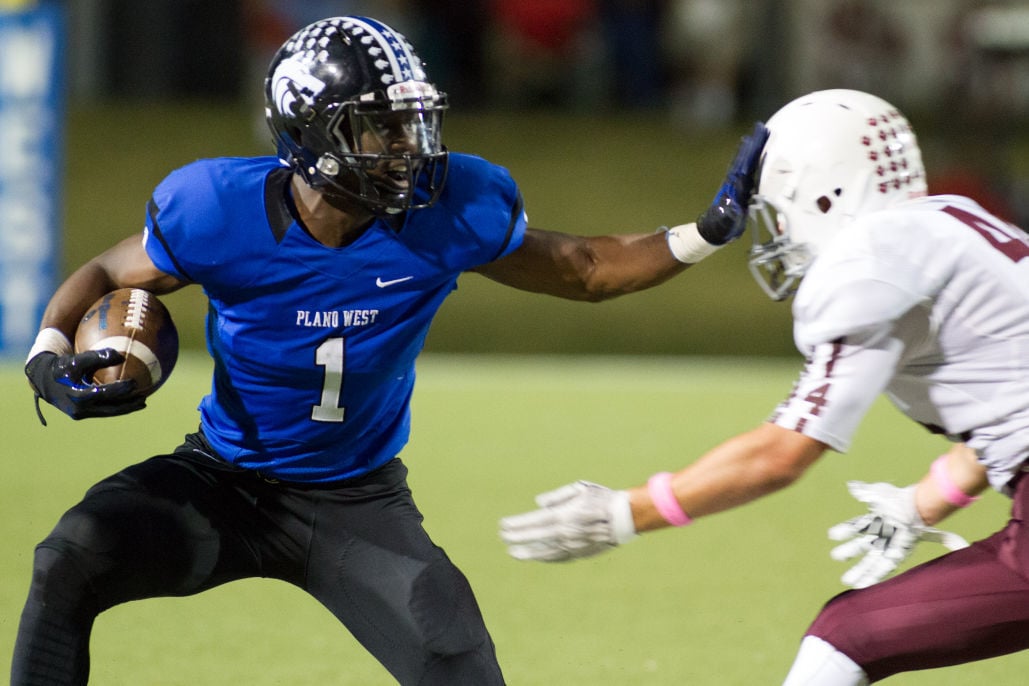 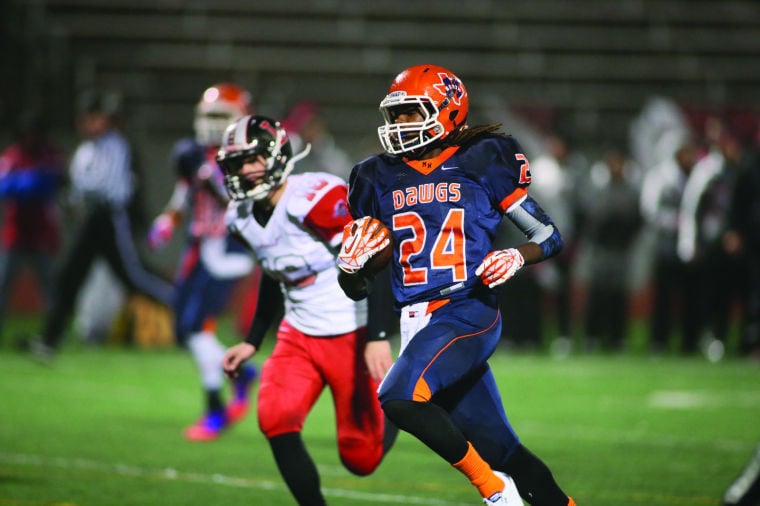 Throughout the summer, Star Local Media will recognize some of the premier football players from the Metroplex with its inaugural all-decade team. Players eligible for consideration must have played at least one season between 2010-19 for one of the high schools within Star Local Media’s coverage area: Allen, Carrollton, Celina, Coppell, Flower Mound, Frisco, Lake Cities, Lewisville, Little Elm, McKinney, Mesquite, Plano, Rowlett and The Colony. This is the second of a multi-part series, continuing with running backs.

Well before he logged his first carry as a varsity player back in 2012, there were rumblings around Plano about Jamabo’s potential as the next great running back in the city’s storied lineage at the position.

It didn’t take long for the 6-foot-2 speedster to justify the hype, blasting off for 155 yards and a touchdown on just nine carries in his varsity debut against Marcus. Jamabo’s breakout year as a sophomore kept escalating, as he helped Plano West to a state quarterfinal appearance — the deepest playoff run in program history.

Dynamic a talent as he was, Jamabo wouldn’t be fully unleashed on the Metroplex until his senior year. After splitting carries with fellow Division I back Auston Anderson for his sophomore and junior seasons, Jamabo staked his claim as the state’s top rusher in 2014 when he posted 2,279 yards and 47 total touchdowns — toughing through the back end of the season with an ankle injury.

Despite being hobbled for a high-profile showdown with Kyler Murray and Allen that year, Jamabo still torched the eventual state champions to the tune of 305 total yards and six touchdowns. Earlier that season, Jamabo ran his way into the history books with a career-best 469 rushing yards against Sachse — a mark that doubled as the single-game high in Plano ISD history.

Jones, a 2015 North graduate, rushed for 2,406 yards and 39 touchdowns as a junior and 2,009 yards and 28 scores as a senior — playing an integral part in the Bulldogs’ historic playoff run in 2014, despite missing three-and-a-half games to injury.

Jones, who is one of the fastest players in McKinney ISD history, finished his career as North’s most prolific running back with 4,967 yards, which was second in MISD history when he graduated. The North rushing legend’s back-to-back 2,000-yard seasons are even more impressive when considering that he was the only player from the Star Local Media coverage area to accomplish the feat over the last decade.

After starring at North, Jones continued his career at USC, where he set the freshmen single-season rushing record while finishing as the school’s fifth all-time leading rusher — ahead of Trojan greats O.J. Simpson and Reggie Bush. Jones is currently scheduled to begin his third season as a member of the Tampa Bay Buccaneers where he is expected to be the starting running back.

In January 2021, Jones will be inducted into the MISD Hall of Honor.

Driskell finished his career with 5,275 yards and 61 touchdowns and still has the record for most career rushing yards in McKinney ISD history.

Williams starred at two schools during his high school career, finishing his run at No. 10 on the all-time Texas list of leading rushers.

Williams spent his first three seasons at Parish Episcopal, where he made an immediate impact as a freshman, rushing for 1,211 yards and 12 touchdowns.

For his encore performance, Williams chose a new stage after transferring to Frisco Independence.

Playing against better competition did not affect his production, as he averaged better than 10 yards per carry, going for 1,922 yards and 33 total touchdowns as he was named all-state and the Texas Ford Tough Player of the Year.

After rushing for more than 1,400 yards during each of his sophomore and junior years, Gadek saved his best for last. He put together a magical senior season in the toughest districts in the state by rushing for 2,268 yards and 17 touchdowns while leading the Lions to the playoffs for the first time in a decade. He made history along the way, breaking the state’s single-game rushing record after tearing through Plano East for 599 yards in October 2017.

The talented Gadek finished his splendid career as the school’s all-time leading rusher with 5,128 yards and 45 touchdowns.

As a junior, Kinner saw plenty of time in the backfield before becoming the workhorse in the Lobos’ running game, authoring a dominant senior season in which he rushed for 332 yards on a whopping 55 carries with four touchdowns against Prosper – those 55 carries were tied for sixth most in a single game in state history.

There aren’t too many running backs in the area over the past decade who amassed a career like Ralston. Helming the Eagles’ rushing attack from 2012-14, Ralston amassed 6,299 rushing yards and 100 total touchdowns over his three-year run as Argyle’s lead running back — earning all-state honors all three seasons.

Ralston led the Metroplex in rushing for his senior year with 2,771 yards and 46 touchdowns in 2014 — one season removed from helping Argyle to a Class 3A Division II state championship.

The 6-foot-1 bruiser went on to play in college at Arizona State, seeing time at numerous positions, before transferring as a fifth-year senior to play at Louisiana. There, Ralston turned in a big 2019 campaign at tight end.

Throughout the summer, Star Local Media will recognize some of the premier football players from the Metroplex with its inaugural all-decade t…