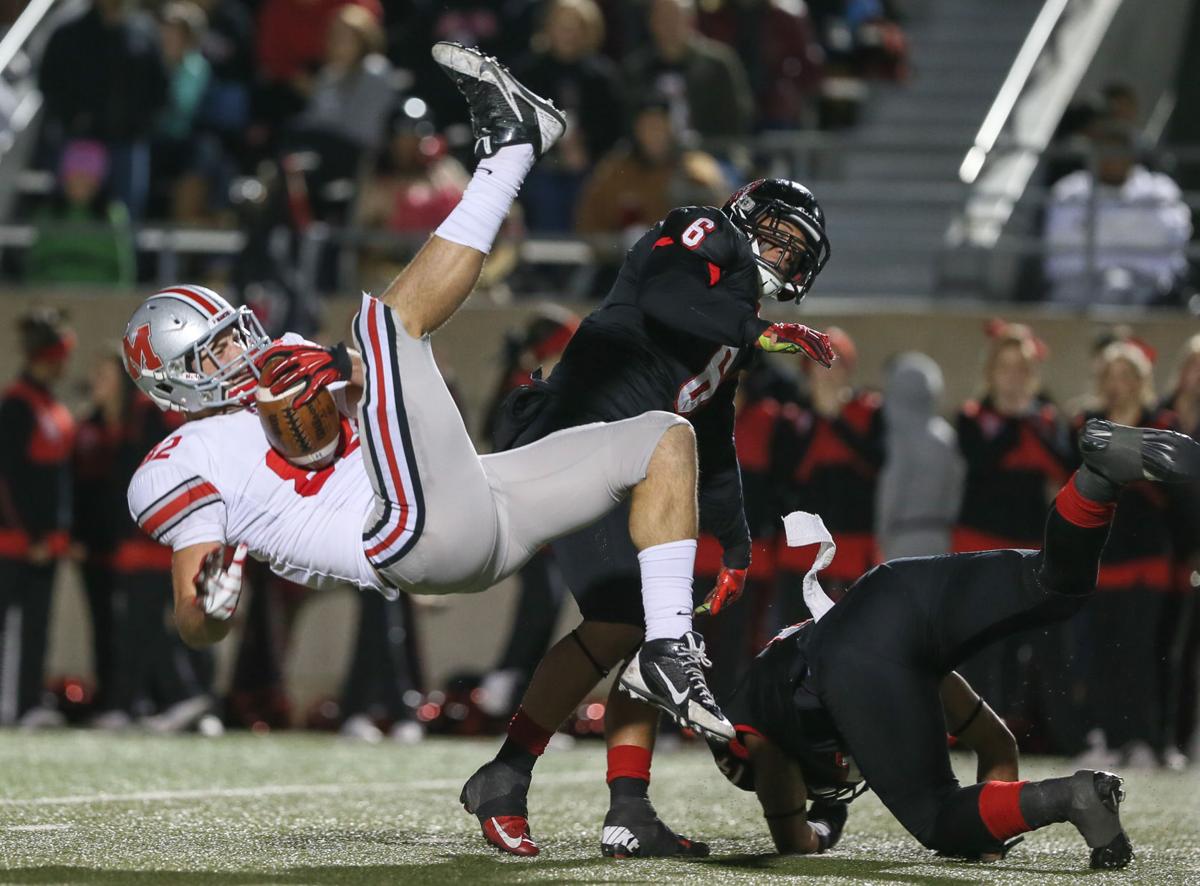 Marcus alum Kaden Smith logged more than 2,200 receiving yards over his high school career and was named district MVP in 2015. 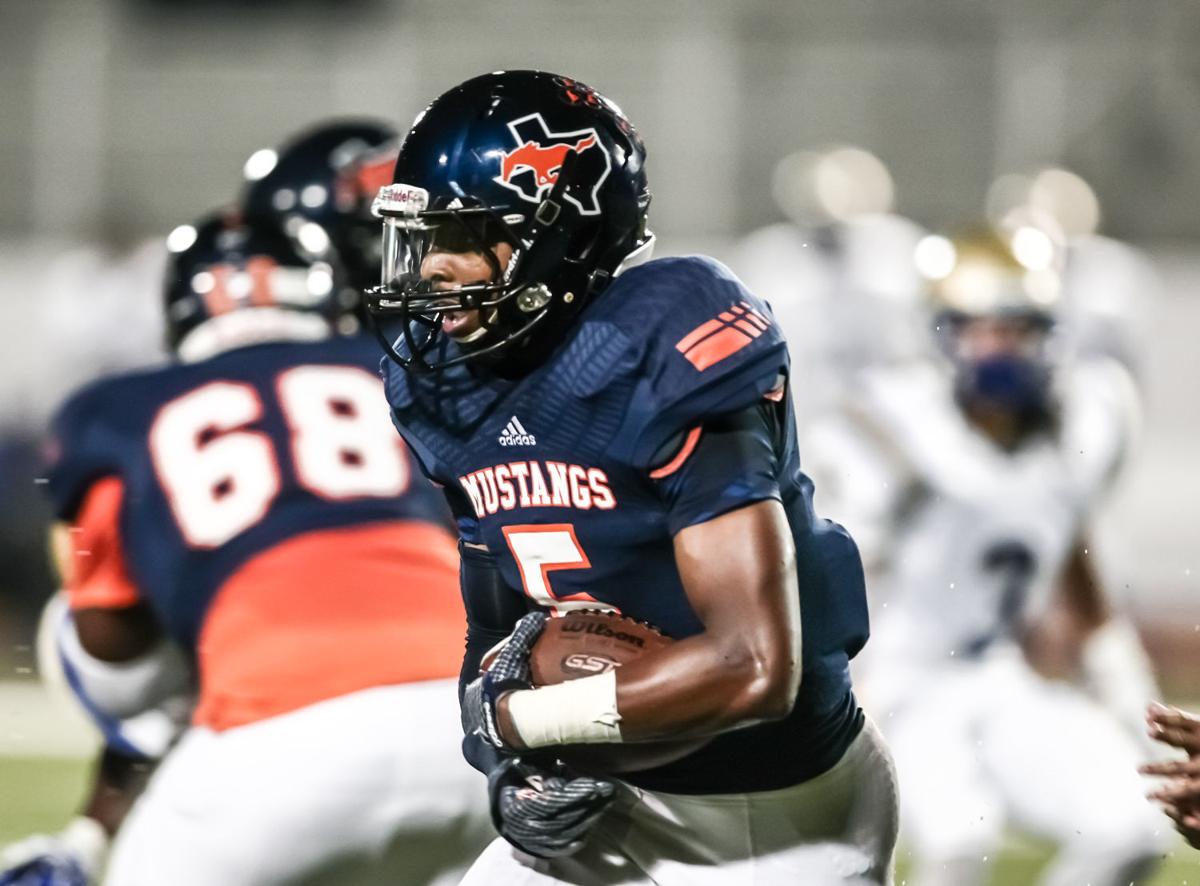 Sachse alum Devin Duvernay produced in a myriad of ways for a high-octane Mustang offense.

Marcus alum Kaden Smith logged more than 2,200 receiving yards over his high school career and was named district MVP in 2015.

Sachse alum Devin Duvernay produced in a myriad of ways for a high-octane Mustang offense.

Throughout the summer, Star Local Media will recognize some of the premier football players from the Metroplex with its inaugural all-decade team. Players eligible for consideration must have played at least one season between 2010-19 for one of the high schools within Star Local Media’s coverage area: Allen, Carrollton, Celina, Coppell, Flower Mound, Frisco, Lake Cities, Lewisville, Little Elm, McKinney, Mesquite, Plano, Rowlett and The Colony. This is the fourth of a multi-part series, continuing with tight ends and all-purpose flex players.

Although the Marauders spent the bulk of the decade predicating their offense on a dynamic run game, Smith kept opposing defenses honest over the course of his run with the program.

Logging four years on varsity from 2012-15, Smith was the heartbeat of the Marcus passing attack — amassing 144 receptions for 2,260 yards and 17 touchdowns for his career. Over that span, he led the team in receiving each of his final three years on varsity, including a breakout sophomore campaign where the tight end accounted for eight of his team’s 10 total passing touchdowns.

Smith developed into not just one of the top tight ends in the country but one of the state’s premier prospects, culminating in a monster senior season where he hauled in 917 yards and nine scores on his way to District 6-6A MVP honors and a spot on the all-state first team.

Smith carried his success over into college where he was a two-time all-conference pick at Stanford before being drafted in the sixth round of the 2019 NFL draft. Waived and picked up by the New York Giants, Smith scored three touchdowns last season.

Frazier, a 2020 North graduate, caught 37 passes for 517 yards and five touchdowns as a junior and racked up 877 yards receiving and seven touchdowns as an integral part of the Bulldogs’ undefeated district championship team last season — an offense that averaged 59 points per game.

The 6-foot-7-inch, 235-pound Frazier has been a matchup nightmare for North opponents the last three seasons while producing splendid career totals of 98 receptions, 1813 yards and 14 touchdowns, as well as 18.5 yards per catch. After being named all-state in 2019, Frazier is currently at Auburn where he’s competing for a starting position next fall.

One of the country’s top tight end prospects, Stogner wreaked four years of havoc at Prestonwood. A two-time TAPPS all-state selection who helped pace the Lions to a state championship in 2017, Stogner caught 104 passes for more than 1,400 yards plus 21 touchdowns, and doubled as a standout on the Lions’ defensive line as well.

Stogner’s rise to prominence landed the 6-foot-6 tight end at Oklahoma, where he caught a pair of touchdown passes as a true freshman.

Sachse is one of the younger programs in the area, having only been playing varsity football since 2004. Despite its relative youth, the Mustangs have produced a number of standout players over the years and Duvernay is certainly at the top of the list.

A three-time first-team all-district honoree, Duvernay featured a versatile skill set that included the strength to be a running back, the hands of an elite wide receiver and, of course, the speed, which saw him win the state championship in the 100 meters as a junior.

Duvernay recorded at least 47 catches in three consecutive seasons and averaged better than 10 yards per touch on the ground, finishing his Sachse career with 170 receptions for 2,921 yards and 36 touchdowns and adding 101 carries for 1,054 yards and 11 scores on the ground.

Duvernay moved on to a stellar career at Texas, including a 106-catch season as a senior, and was recently selected by the Baltimore Ravens in the third round of the 2020 NFL Draft.

Though this team will not take the field together, there is little doubt that Duvernay would have had instant chemistry with Star Local Media all-decade quarterback Kyler Murray, who is his cousin.

The Wildcats haven’t lacked for prolific rushers over the years, and Cumby’s three-year run as Plano’s starting running back fit that mold plenty.

Arguably the most explosive back to don the maroon and white, Cumby averaged 8.6 rushing yards per carry over his career, totaling 3,393 yards on the ground and 47 touchdowns.

Cumby’s impact spanned to the passing game as well, leading the Wildcats in receiving as a junior and a senior. Despite not being a traditional wide receiver, Cumby’s route-running and agility tormented defenses to the tune of 1,121 career receiving yards and 10 more scores.

On the short list of the most accomplished football players to ever pass through Argyle, Sadler was among the state’s premier Swiss army knives over four varsity campaigns as an Eagle. Between his sophomore, junior and senior seasons, Sadler had either 1,000 yards rushing or receiving each year — totaling 4,383 yards over his career.

Sadler complemented that versatility with a nose for the end zone, scoring 79 touchdowns — 42 coming on the ground and 37 amassed through the air. He showcased as much with four touchdowns on his way to Offensive MVP honors in Argyle’s 2013 Class 3A Div. II state title win.

Before Brewer made highlight reels with a fake fair catch that went for a 90-yard punt return in North Texas' 44-17 thumping of Arkansas in 2018, he was a touchdown machine at Lake Dallas.

An all-state pick and unanimous district MVP, Brewer was plugged in at both wide receiver and running back to take advantage of his unique skill set. Brewer finished his Lake Dallas career with 134 rushing attempts for 794 yards and nine touchdowns. As a wide receiver, he caught 217 balls for 3,419 yards and 53 touchdowns.

Let that sink in for a moment — one of every four catches for Brewer went for a touchdown.