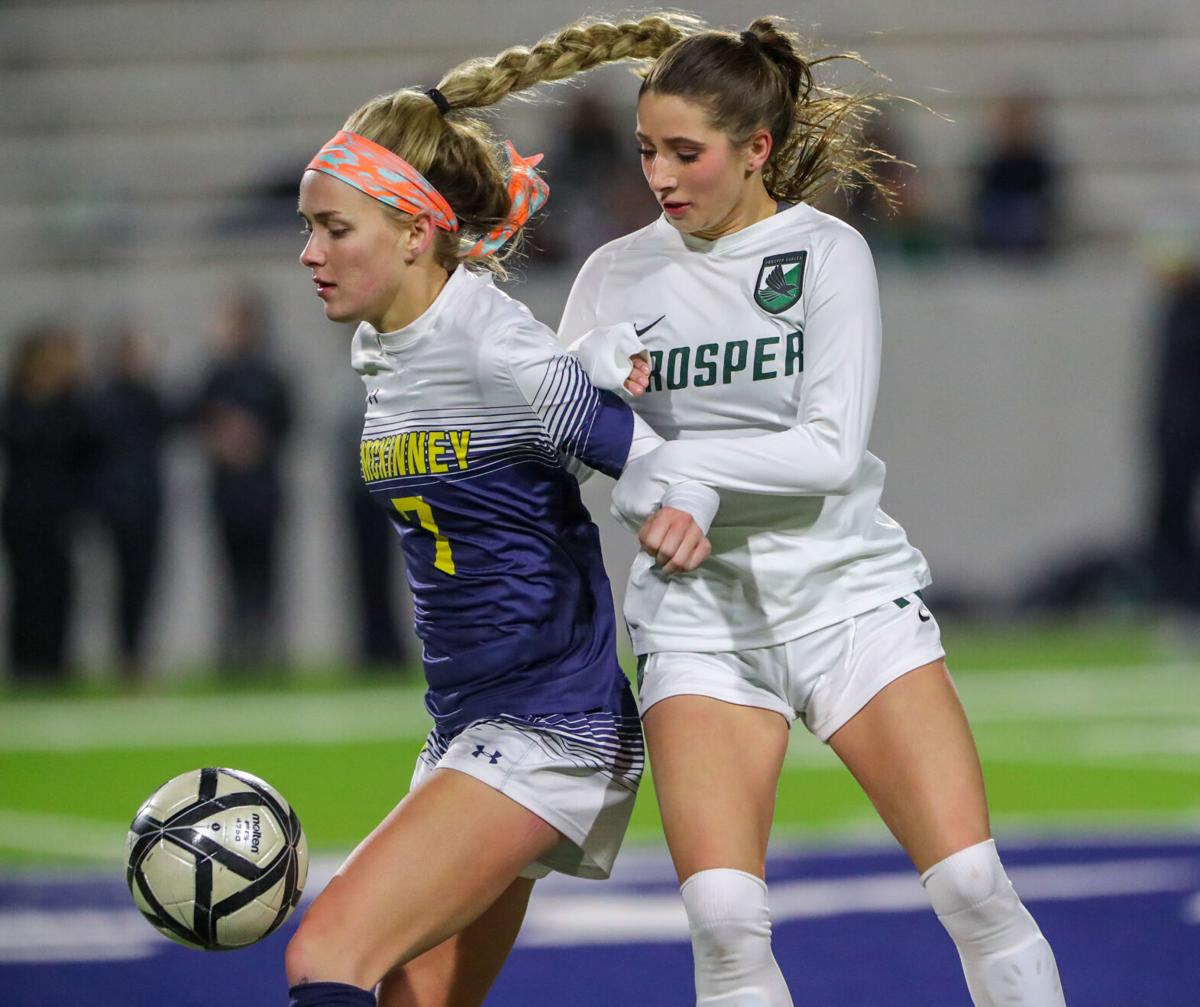 Although Prosper’s girls soccer team expects to contend for a district title next year, expect other teams in the district to have their say as well. 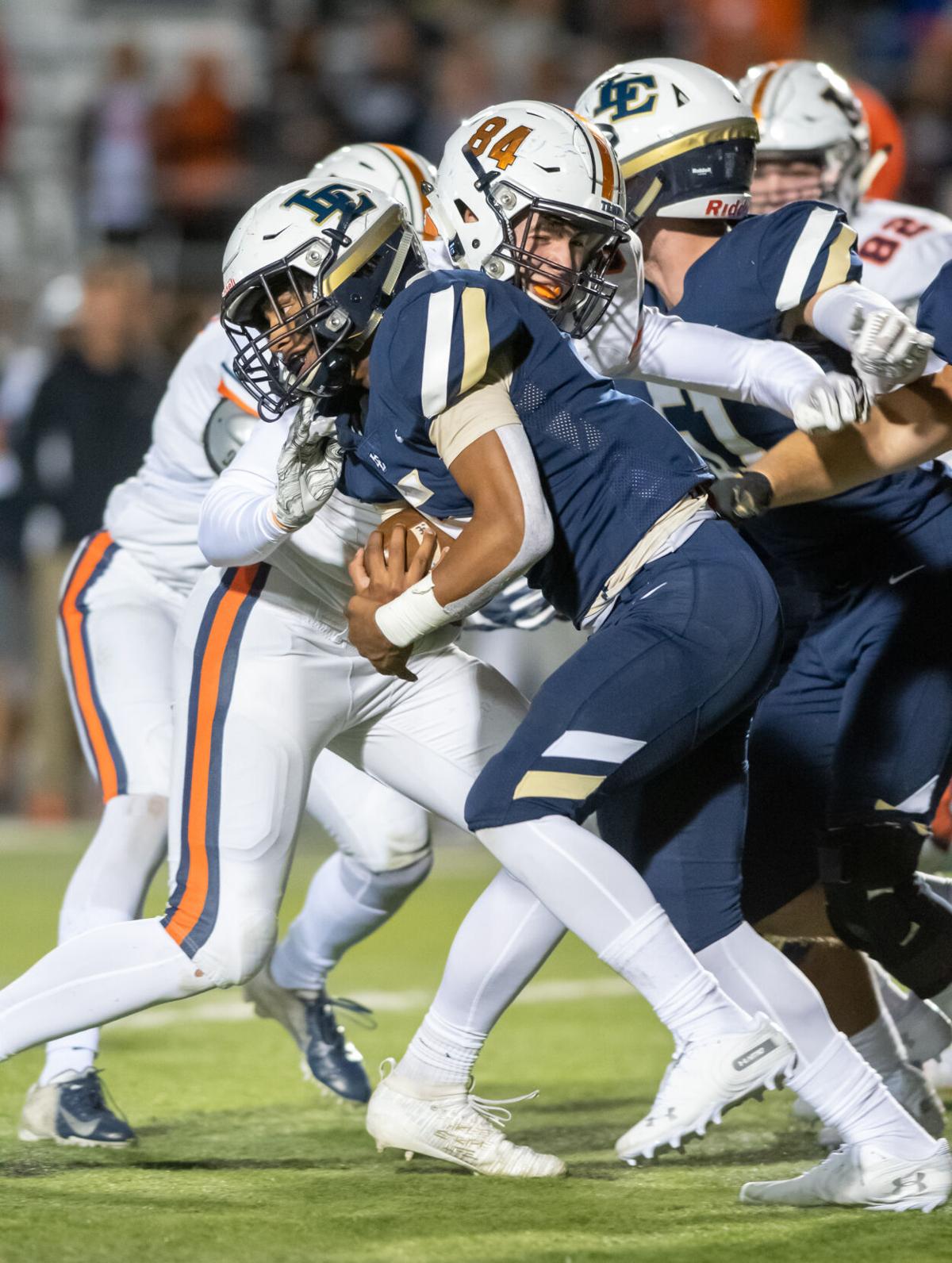 As Little Elm acclimates to a new set of district opponents, fans shouldn’t have too much trouble finding their way to any opposing campus.

Although Prosper’s girls soccer team expects to contend for a district title next year, expect other teams in the district to have their say as well.

As Little Elm acclimates to a new set of district opponents, fans shouldn’t have too much trouble finding their way to any opposing campus.

For many, that’ll mean making the move to a new district, and schools like Allen, Prosper, Little Elm, McKinney Boyd and McKinney are no different. Allen and the McKinney ISD duo broke away from their longtime rivals in Plano ISD and will be joined by Prosper, Denton Guyer, Denton Braswell and Little Elm in a revamped District 5-6A.

Throughout the summer, Star Local Media will reflect on the year that was for 5-6A’s seven schools while also looking ahead to the district’s storylines and subplots for the 2020-21 school year.

Kendrick E. Johnson: Don’t get me wrong — this district will be very tough from top to bottom in almost every sport. But when the dust settles, things are setting up for Allen to win the most district championships.

Although this marks the first time in more than a decade that the Eagles aren’t virtual locks to win the district title in football — reigning state runner-up Denton Guyer has just as valid a claim to that throne — Allen should still be 5-6A title threats in both boys and girls basketball, boys and girls soccer as well as volleyball and baseball speaks volume about the depth of the Eagles’ talented athletic programs.

There will be schools in multiple sports who will contend as well. Prosper has already proven to be a valid challenger to Allen in multiple sports, and Denton Guyer produced numerous state-ranked programs during the 2019-20 school year.

But none possess the depth Allen has to make guaranteed noise across the board.

Matt Welch: The roadmap will be a bit different for schools like Allen and the McKinney ISD, now that the nearby bus rides to Plano ISD’s three high schools are no longer part of the equation.

Instead, expect plenty of mileage to rack up on U.S. Highway 380, where Prosper, Little Elm and Denton Braswell can all be reached. Although those fanbases should already be familiar with visits to Prosper’s campus over the past two years, drives to Little Elm and Braswell will range from 15-25 miles for Allen and MISD fans.

It’s still a bit of a hike to the district’s westernmost school, Guyer, however. Fans in Allen and McKinney would be advised to hit the road early Tuesday and Friday evenings for any road games in Denton, with Guyer nearly 40 miles away from those two cities.

Meanwhile, despite acclimating to an entirely new cast of district opponents, Little Elm is in perhaps the most advantageous spot of anyone in 5-6A, geographically. The Lobos have four trips below 16 miles on their docket and none above 25 miles.

3. Which 5-6A sport will feature the most tightly contested race – district title or playoff spots, in general – in 2020-21?

Kendrick E. Johnson: Look for volleyball, as well as both boys and girls basketball and soccer, to have tightly contested playoff and district championship races.

It’s a testament to the depth of 5-6A, where no sport has a shoo-in to cruise a district title and several where five or six schools project as viable playoff contenders. Our early favorites to win volleyball (Allen), boys basketball (McKinney), girls basketball (Denton Guyer), boys soccer (McKinney Boyd) and girls soccer (Prosper) hint toward parity at the top, but all those sports feature at least two or three more programs that could work their way into conference title contention.

Even a sport like football, which may turn into a two-horse race for first place between juggernauts Allen and Guyer, has teams like Prosper, Braswell, Little Elm and McKinney who all have double-digit returning starters, which could help their odds of contending for a playoff spot.

The field is just as deep on the hardcourt, diamond or pitch, and I expect many of the district titles races and playoffs spots to come down to the last week in their respective sports.

Not many people can say they play in a district where six or seven schools, no matter the sport, can consistently be in contention for a playoff berth, but the teams in 5-6A can.

4. Name an athlete in 5-6A that could succeed in a sport he or she doesn’t currently play at the varsity level.

Matt Welch: Allen’s football team figures to benefit plenty from a dynamic one-two punch at wide receiver with siblings Bryson and Blaine Green. The two multi-sport standouts, who have also logged a pair of varsity campaigns on the basketball court, showcase a contagious physicality on the field — breaking tackles and churning out extra yardage routinely.

That mentality could come in handy on the soccer pitch. The Oklahoma State commits are already imposing enough at 6-foot-1 and 205 pounds and have shown a knack for winning jump balls in the red zone and overwhelming defensive backs upon contact. Translate that skill set to the soccer pitch and winning headers or 50-50 balls against the twins would be pretty daunting for opposing defensemen.