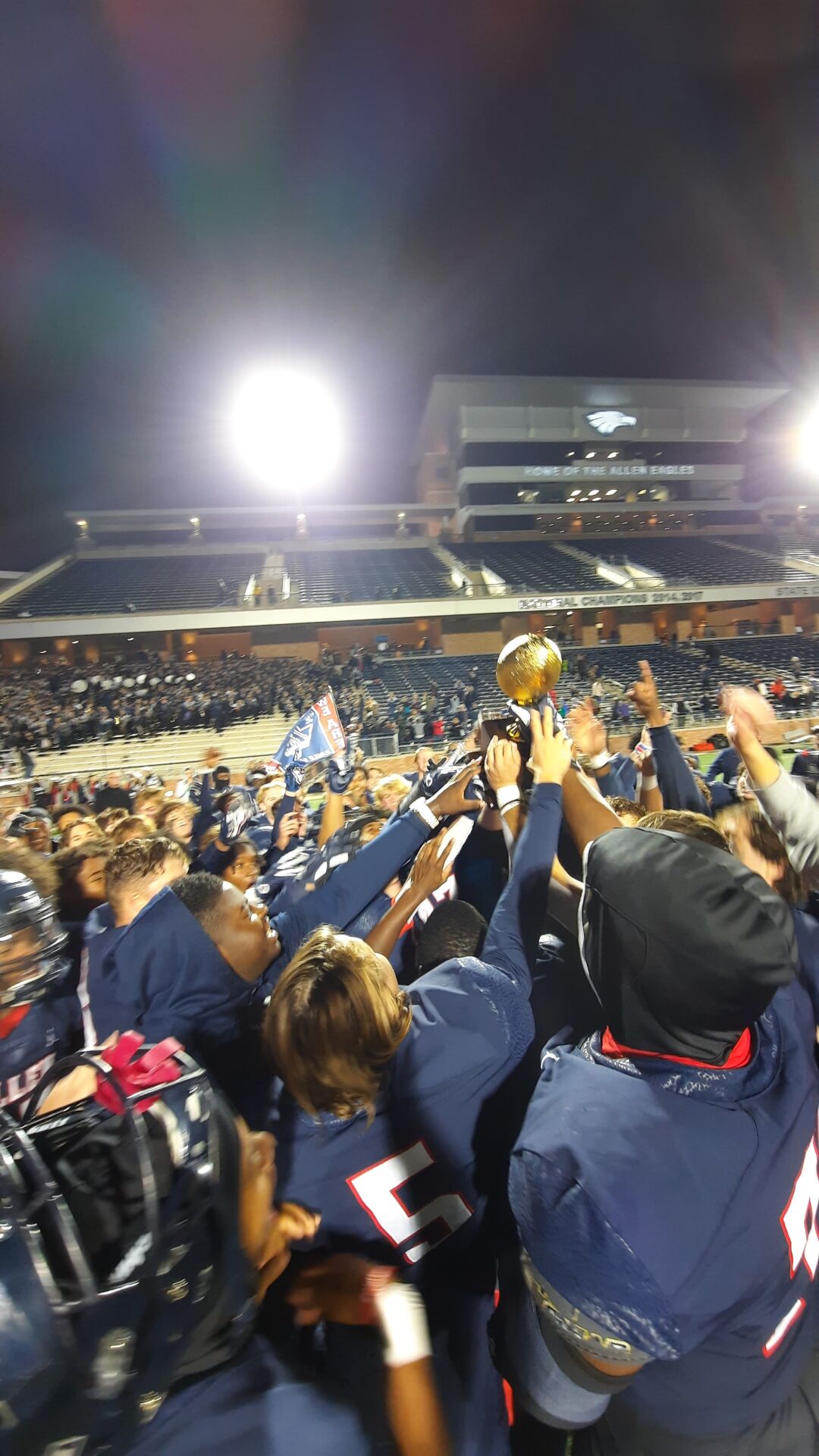 The Allen football team raises the District 5-6A championship trophy in the air after defeating Denton Braswell 53-28 on Thursday night at Eagle Stadium in Allen. 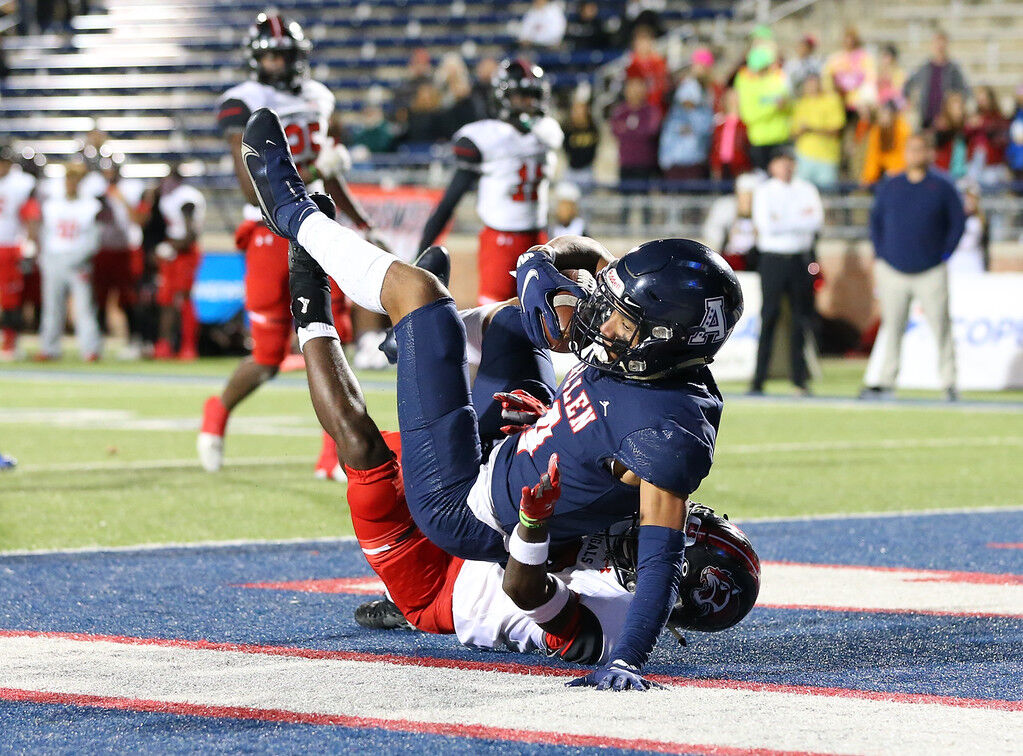 The Allen football team raises the District 5-6A championship trophy in the air after defeating Denton Braswell 53-28 on Thursday night at Eagle Stadium in Allen.

Allen sophomore quarterback Mike Hawkins was in an upbeat mood after Prosper denied the Eagles a chance to clinch their 16th straight district championship last week.

“It was about coming back stronger and keeping my teammates uplifted and not putting our heads down and working harder,” he said. “This week was a really good week for us.”

Hawkins and Co. put a 28-23 loss behind them and took out some frustration in the process.

Hawkins accounted for three touchdowns in less than three quarters of game action and senior Sign Shuva returned an interception 85 yards for a score, leading the Eagles to a 53-28 rout of Denton Braswell on Thursday night at Eagle Stadium.

@alleneaglesfb gets presented the District 5-6A championship trophy. 16th straight year earning a District title for the Eagles. @MWelchSLM pic.twitter.com/ytTOHf2dks

“Hats off to Prosper last week,” said Chad Morris, Allen head coach. “They played hard. They played well. We made some mistakes and they capitalized on them. But it’s good to see our guys respond. The challenge all week long was, ‘How are we going to respond?’ And we did that.”

It was all Allen on Thursday.

Hawkins got in a nice rhythm with senior wide receiver Jordyn Tyson early in the game. Tyson caught three passes for 39 yards on the game’s initial possession with his third one going for an 8-yard touchdown and a 7-0 Eagles lead.

After a Braswell punt, Hawkins and Tyson were at it again. As a Braswell defender grabbed the back of Tyson’s jersey, Tyson maintained his balance and caught the ball in the right corner of the end zone for a 15-yard touchdown and a 15-0 lead for Allen with 5:57 remaining in the first quarter.

Hawkins threw just one incompletion on the night, going 10-for-11 for 209 yards and added a rushing touchdown. Hawkins passed for two touchdowns passes, both caught by Tyson. Tyson hauled in five balls for 103 yards.

“We were all working as a team,” Hawkins said. “That is something that we didn’t do last week. We came back as a team tonight and it all worked out.”

Braswell moved the ball well all night, but Allen’s defense bent but hardly broke. The Bengals hurt themselves with dropped passes and off-target throws. One of those off-target passes went for an 85-yard interception return for a touchdown by Shuva for a 22-0 lead with 3:52 remaining in the first quarter. Braswell had possession at the Allen 18 when junior quarterback Keegan Byrd threw the pick-six.

“Sign made a great play,” Morris said. “The guy that made the play was the defensive end that came off the edge, causing (Byrd) to have to throw the ball a little high. Sign made a great read, a great break on it. Obviously, it allowed us to score, which was huge.”

Four different quarterbacks received playing time for Allen. Junior Lathan Van Ausdall led a scoring drive early in the second quarter and called his own number on a 5-yard run for a 29-7 Eagles lead. Senior Noah Kimball received time under center during the second quarter. Junior Evan Bullock took command of the Eagles’ offense during the fourth quarter.

Junior running back Devyn Turner rushed for touchdowns of 4 and 16 yards in the second quarter as Allen took a 43-14 lead into halftime.

Turner started in place of senior running back Jaylen Jenkins, who missed Thursday’s game with a knee injury. Morris expects Jenkins to return next week for Allen’s bi-district playoff contest.