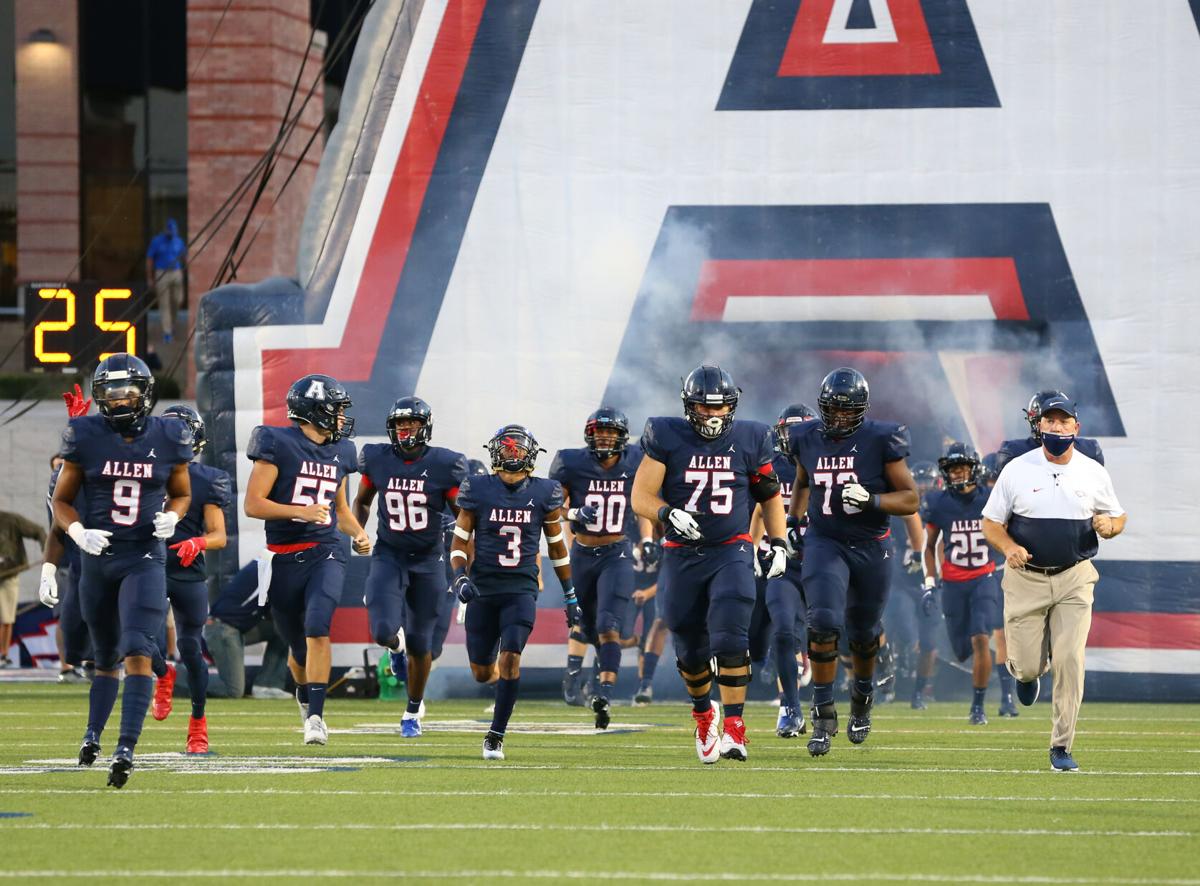 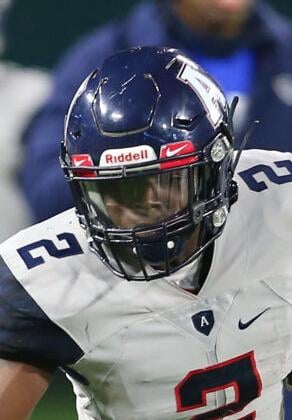 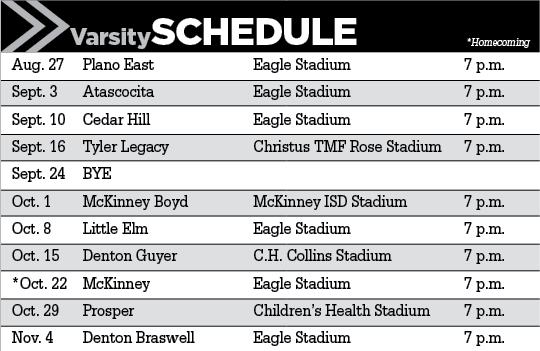 Since having its season end in the regional semifinals in 2020, the offseason has been one of change for perennial powerhouse Allen.

The state’s largest high school has undergone a wealth of turnover within its athletic department. Among the first dominoes to fall came in March with the retirement of head football coach Terry Gambill, who led the Eagles to a state championship in 2017. Two weeks after the announcement, Allen ISD named Chad Morris as Gambill’s successor.

Returning to the high school gridiron for the first time since 2009 — mixing in head coaching stints at SMU and Arkansas in between — Morris is no stranger to lofty expectations. As he looks to keep Allen among the state’s elite, the strength of his 2021 squad resides up front where the Eagles are stocked in the trenches on both sides of the ball.

The heartbeat of the Allen offense includes an offensive line that returns four starters, all of whom carry prominent roles on the team’s leadership council in seniors Neto Umeozulu, Jackson Newville, AJ Lopez and Nick Blessing.

There’s an “iron sharpens iron” aspect to the practice reps between the Eagles’ offensive line and a defensive line that includes one of the nation’s top-ranked prospects following the transfer of DJ Hicks Jr. from Katy Morton Ranch. The five-star pass rusher will be joined by all-district senior Blake Vaughan, as well as senior Justin Williams, junior Kaleb Nettles and sophomore Zina Umeozulu.

Senior Sign Shuva brings experience to the secondary, while junior Malakai Thornton is another name to watch.

Offensive coordinator Tristan Weber takes the reins of an offense teeming with new faces at the skill positions. That includes at quarterback where sophomore Mike Hawkins is projected to take over.

There’s a bit more experience elsewhere in the backfield with senior Jaylen Jenkins moving into the lead role at running back after a productive 2020 campaign as a backup, while senior Jacob Brasher is back after an all-district year at wide receiver.

Following the graduation of co-district MVPs Bryson and Blaine Green, the Eagles will look to Brasher and recent Colorado commit Jordyn Tyson, a senior transfer from Frisco Independence, to help stabilize the passing game.

Although the Eagles graduated a plethora of skill players from last season, the return of Jenkins is a welcome boost for the backfield. As a backup at running back in 2020, Jenkins managed to churn out 598 rushing yards and 10 total touchdowns on a staggering 9.1 yards per carry. Jenkins, who has scholarship offers from the likes of Hawaii, Tulsa and Utah State, should get plenty of opportunities to produce behind an offensive line chalked in experience.