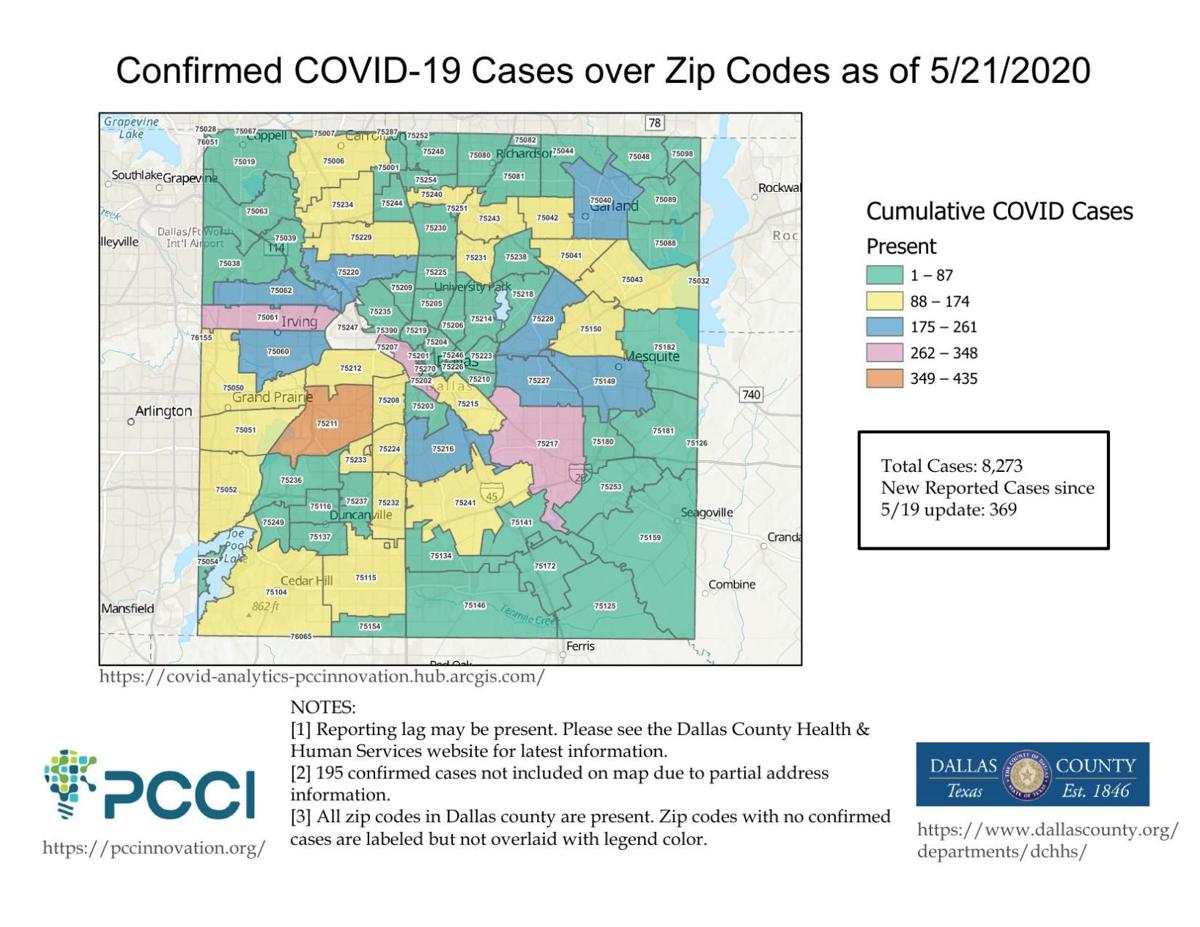 As of 11 a.m. May 22, Dallas County Health and Human Services reported 204 additional positive cases of 2019 novel coronavirus (COVID-19), bringing the total case count in Dallas County to 8,477, including 207 deaths.

The additional four deaths are being reported today include:

Of cases requiring hospitalization who reported employment, over 80 percent have been critical infrastructure workers, with a broad range of affected occupational sectors, including: healthcare, transportation, food and agriculture, public works, finance, communications, clergy, first responders and other essential functions. Of cases requiring hospitalization, two-thirds have been under 65 years of age, and about half do not have high-risk chronic health conditions. Diabetes has been an underlying high-risk health condition reported in about a third of all hospitalized patients with COVID-19.  Of the 207 total deaths reported to date, over a third have been associated with long-term care facilities.

“Today's number follows a trend of this week having a lower number of positive cases than last week, and our hospitalizations, emergency room visits, and ICU admissions staying relatively flat. Unfortunately, none of this leads to the 14 day decline that the doctors have talked about, so we are still at that red ‘stay home stay safe’ zone. The doctors recommend that although bars and restaurants have opened that we avoid in-person dining, and rather do our celebrating with take-out and at home. If we’ll all make smart decisions, we can make it to a lower threat level where more opportunities for entertainment and commerce are open to us, and where less people are getting sick and dying. It’s up to all of us to flatten the curve. Remember that especially until we see a decline, #StayHomeSavesLives,” said Dallas County Judge Clay Jenkins.