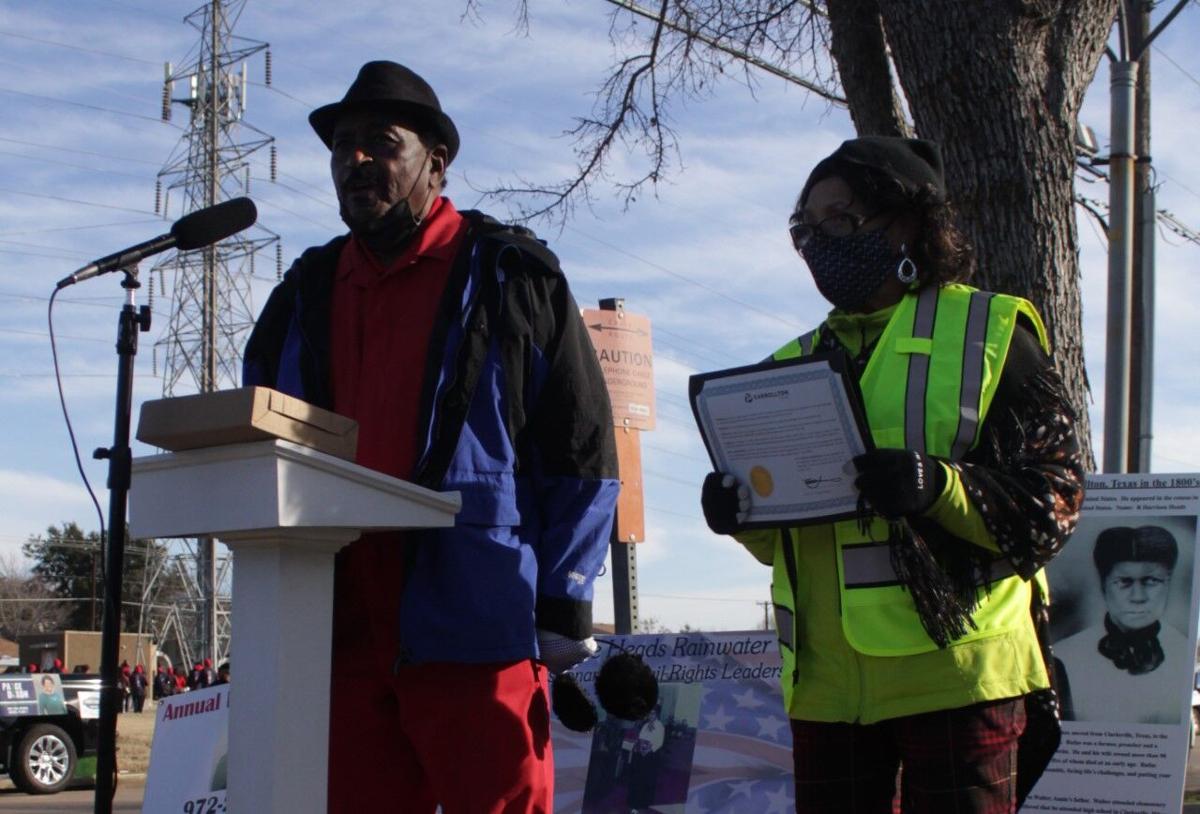 Rev. Willie Rainwater, left, speaks to a crowd at the 27th annual Martin Luther King Jr. Parade on Saturday. He and his wife, Juanita Rainwater (right) organized the event. 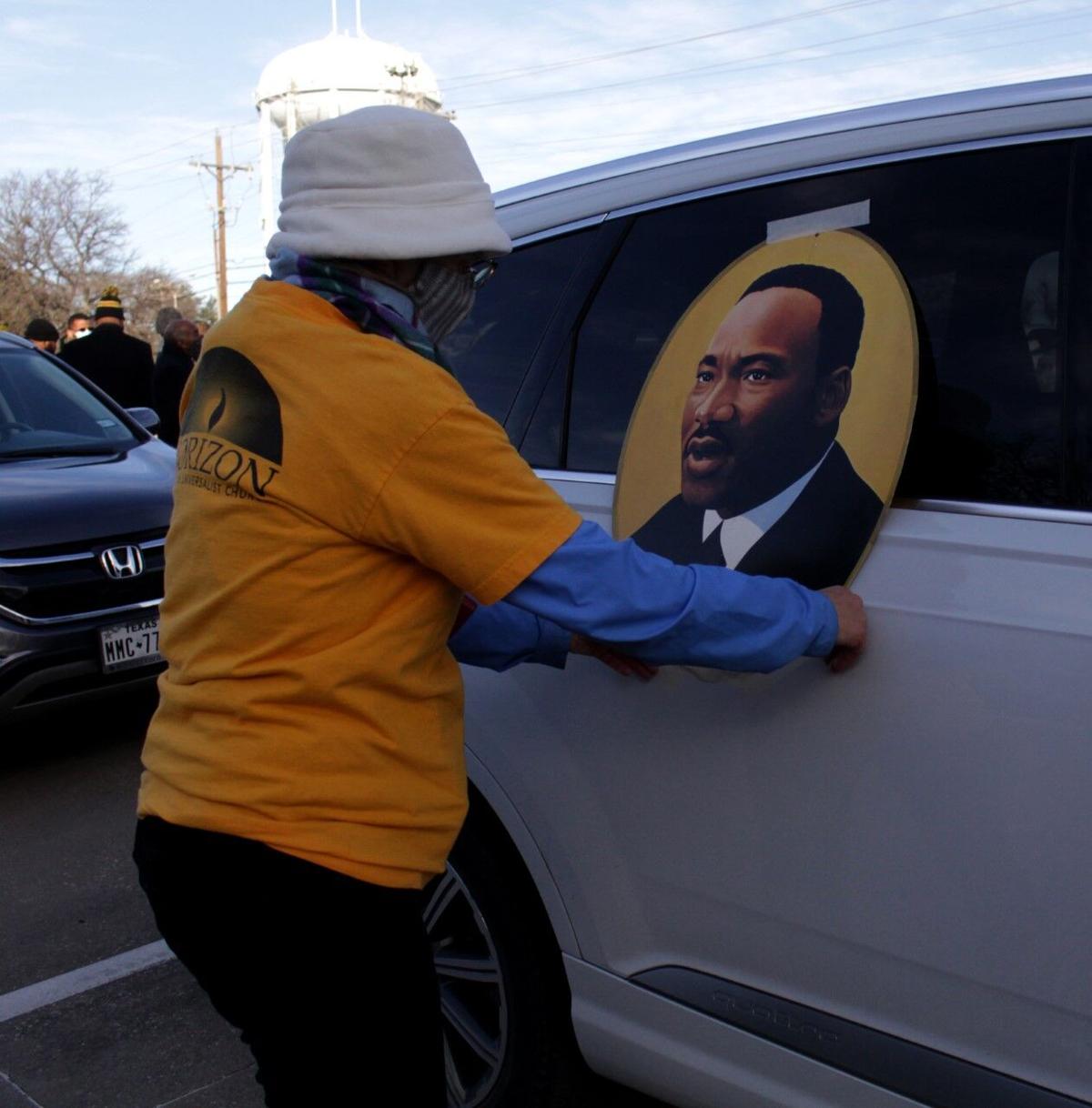 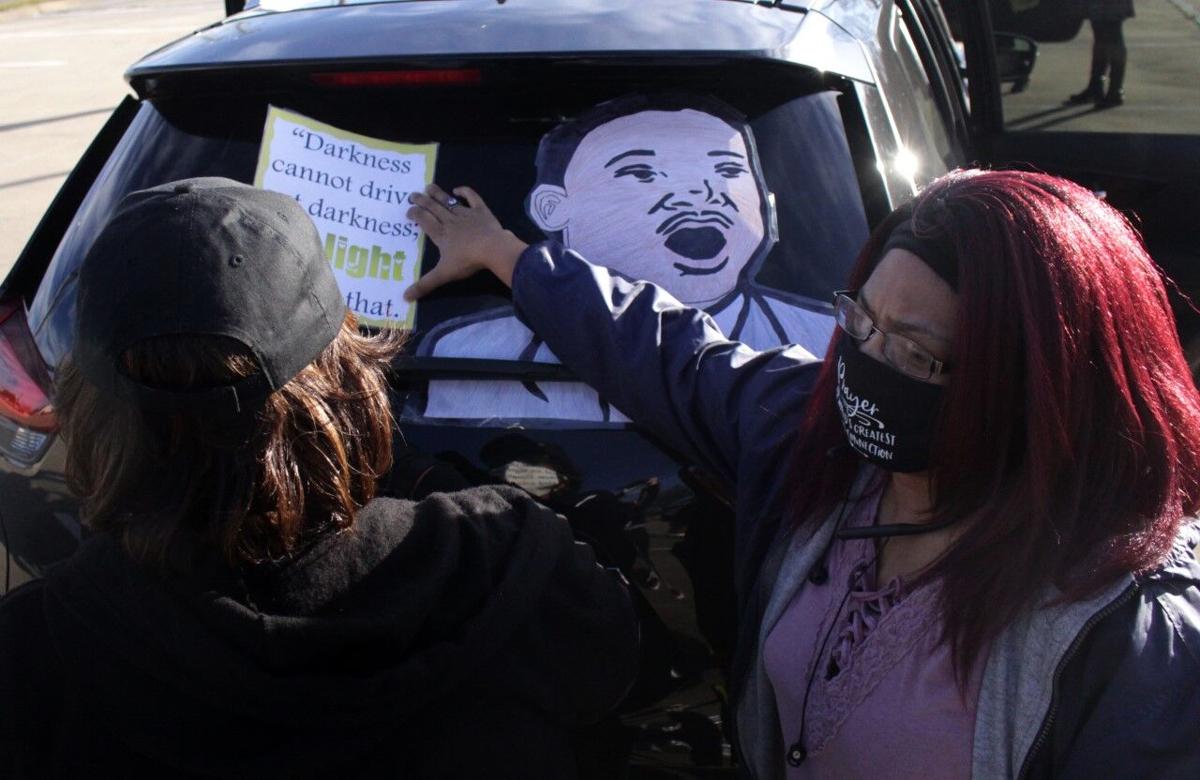 “Some people are out here because it’s just a parade,” Willie Rainwater said. “But we have a purpose.”

For him, the purpose of Marin Luther King Jr.’s celebration was unity.

Juanita Rainwater said contrary to other years, she and Willie Rainwater wanted to ensure that participants kept their distance and stayed as safe as possible.

“It is one of the most grateful times where we give thanks to God and continue to grow toward a happy, happy year,” she said.

Willie Rainwater said there are many generations of African Americans in Carrollton, including his family, that date back to the 1800s before the city was established.

“I’ve been here for 77 years,” he said. “There was a time when there were Black people on one side of the track, and white people were on the other side of the tracks, and 67 years of my life have been spent bringing others together.”

The parade commenced with prayers and speeches given by members of the Carrollton city staff, including Mayor Kevin Falconer and Mayor Pro Tem Steve Babick, as well as the Rainwaters.

“We find ways to spark unity, and what a great time to show unity to the rest of our country, to the rest of DFW,” Williams said. “We’re bringing our city officials, our businesses, our law enforcement, everybody to show the Black community that we need each other, show the white community that we need each other, and everybody in between. The only way we can move forward is hand by hand like Dr. King said – together.”

Williams said that while cities like Dallas and Fort Worth cancelled their MLK celebrations, Carrollton gave Inspiring Lives a platform to hold their celebration.

Following the band’s performance, city staff and members of the Carrollton-Farmers Branch ISD Board of Trustees presented their proclamations recognizing the celebration of MLK Day and presented awards to prominent members of the district board.