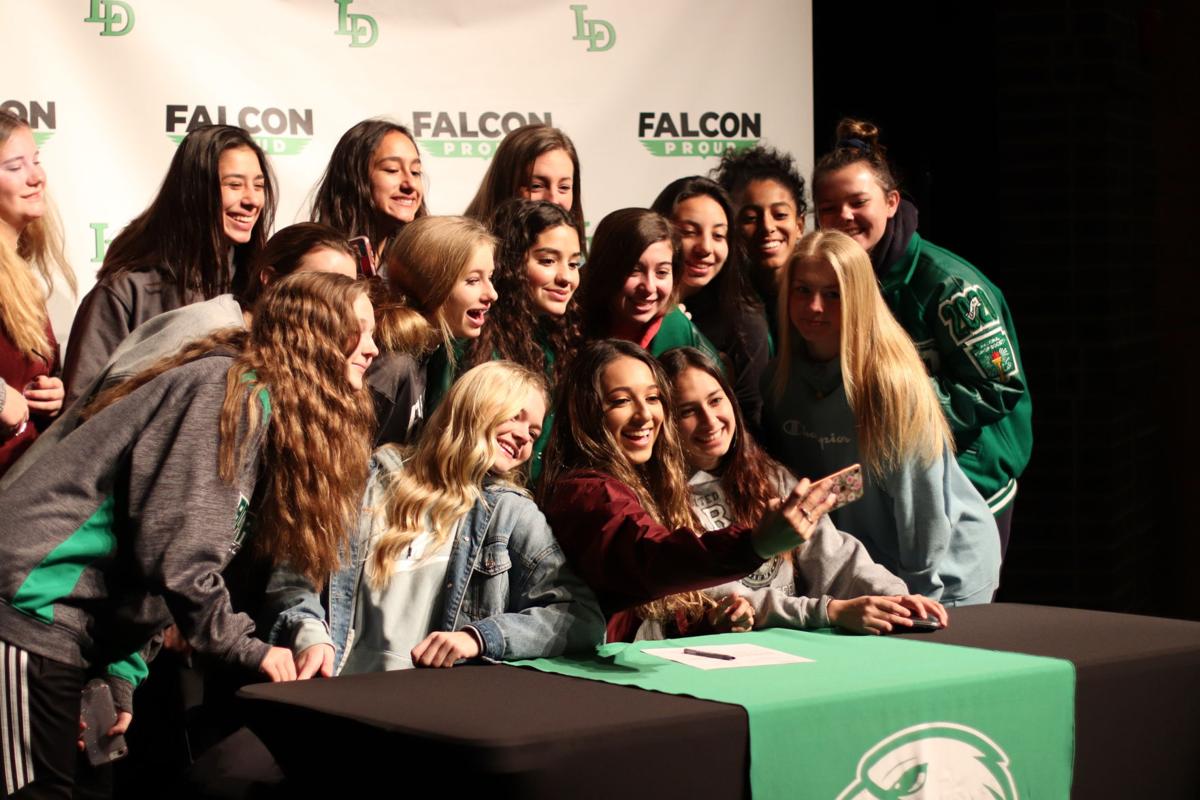 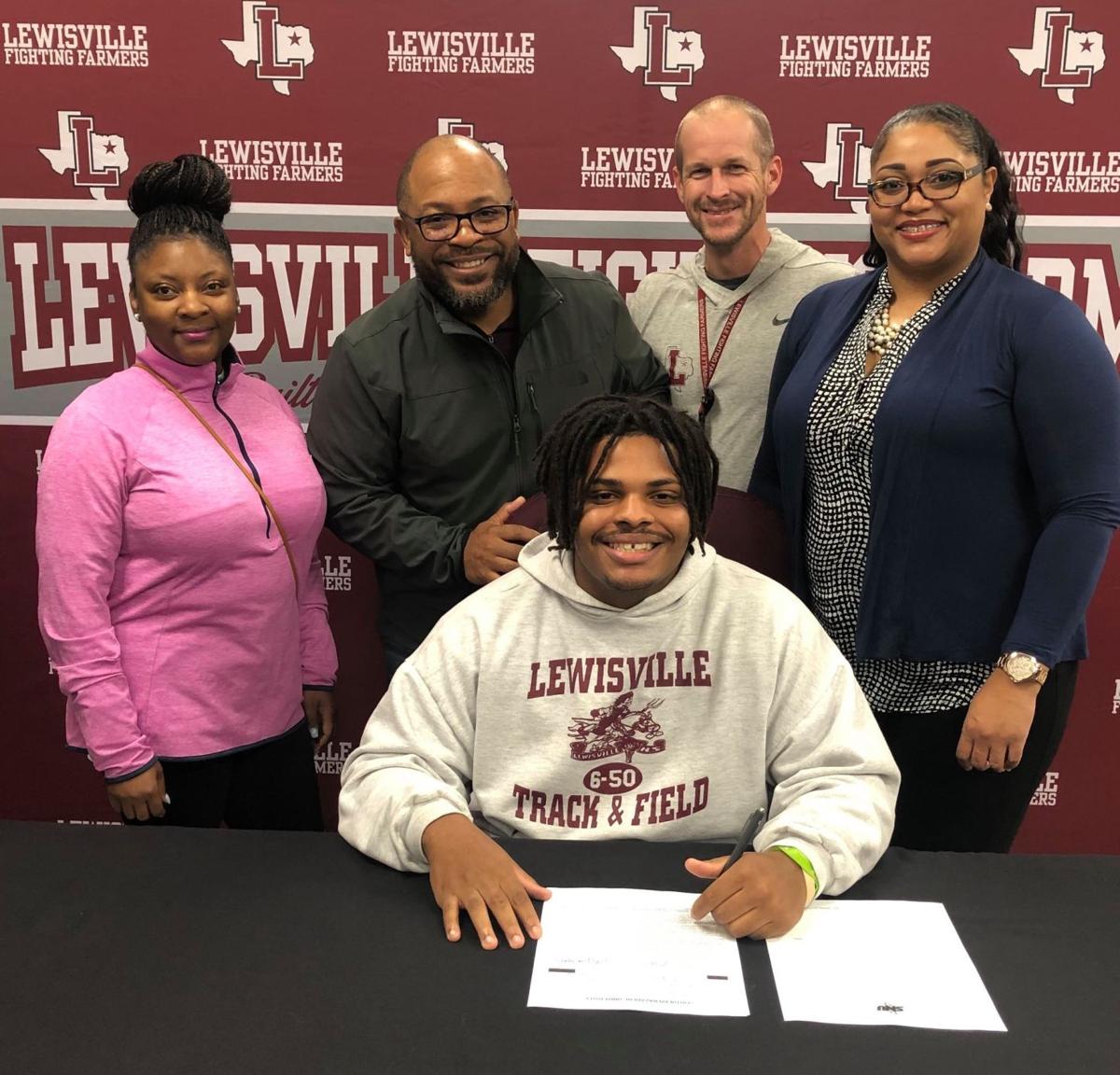 During during Lewisville senior Khristian Versey signed to play football for Southern Nazarene. 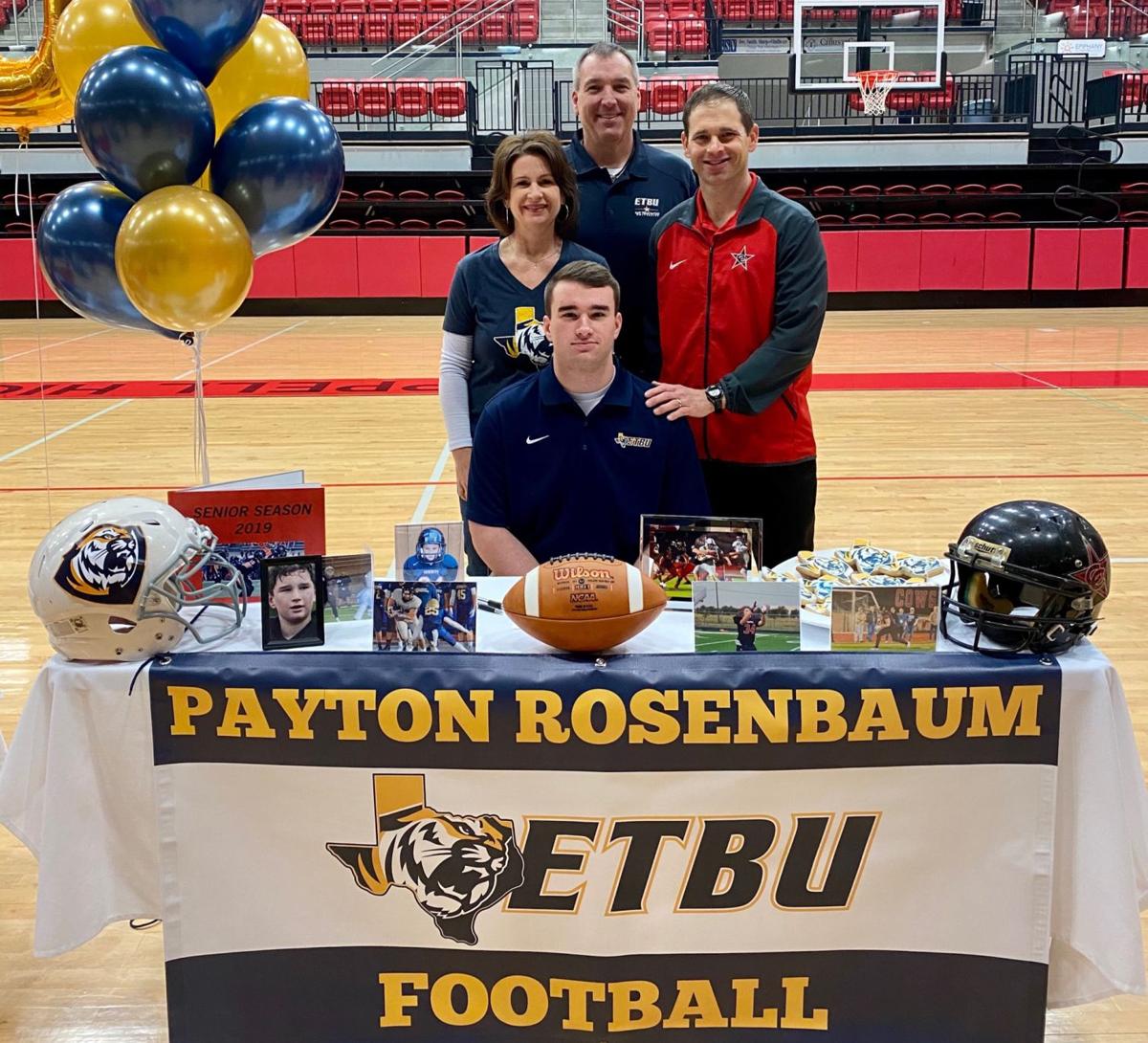 It’s no secret that years of hard work go into earning an opportunity to play college athletics. Hundreds of student-athletes around the Metroplex can attest after inking letters of intent Wednesday as part of National Signing Day.

That included a who’s who of standout performers through Denton County, including some of the top athletes to ever pass through their respective high schools — all of whom realized the dream of taking their talents to the collegiate level.

The football signees were joined by two linchpins of The Colony’s softball team, which produced a state championship in 2017 and a state semifinal nod in 2019. The Lady Cougars will be led this season by seniors Jayda Coleman (Oklahoma) and Jacee Hamlin (Texas Tech), both of whom were recognized on Wednesday.

Those players were joined by a trio of girls soccer standouts, as Hebron seniors Olivia Hasler (TCU), Arianah Torres (Brookhaven) and Briley Weatherford (Texas Tech) solidified the next chapter of their respective athletic careers.

In the Class 5A ranks, Carrollton Creekview and Lake Dallas sported plenty of signing day fanfare as well.