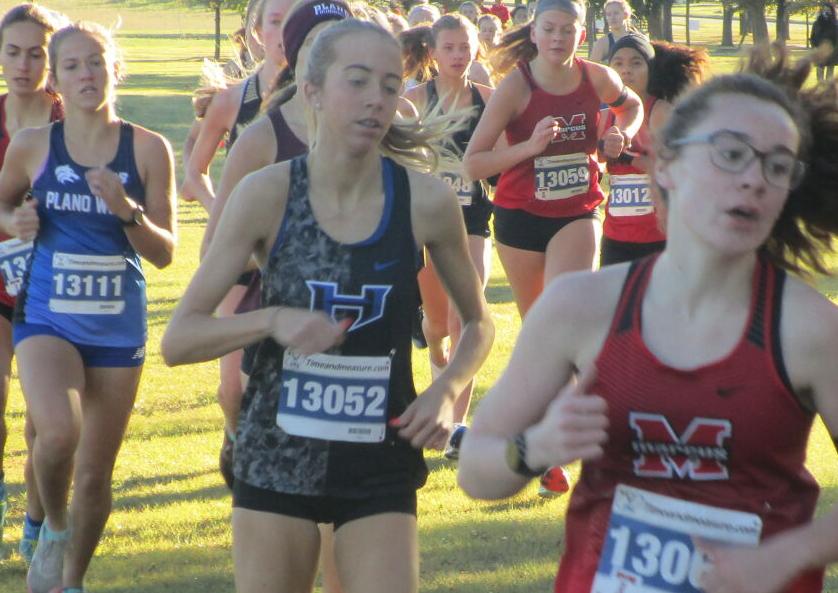 Hebron's Jenna Kirby runs in the District 6-6A meet. 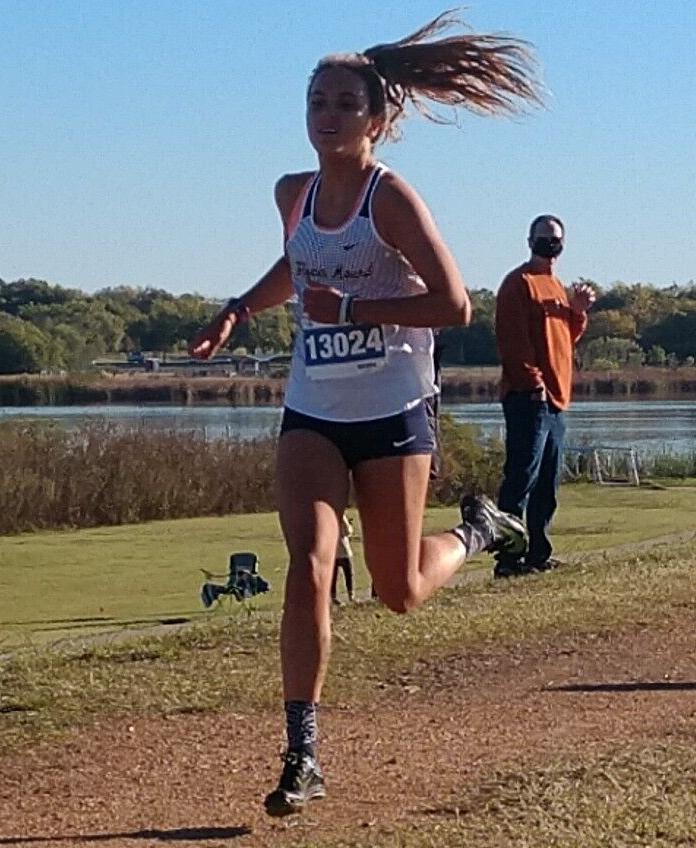 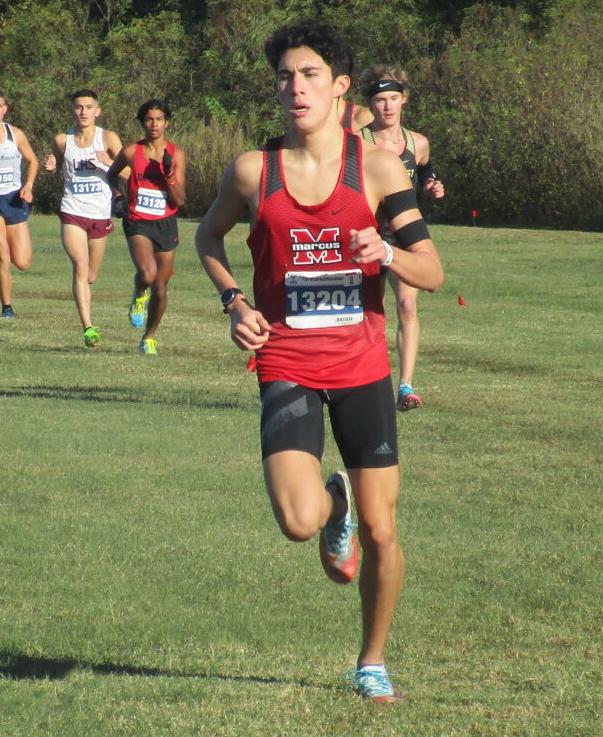 Hebron's Jenna Kirby runs in the District 6-6A meet.

Flower Mound cross country saw both of its teams qualify for the regional meet, as well as top-10 finishes by five girls and two boys.

The perennially competitive Jaguars look to send both the boys and girls teams to state for the fourth consecutive season when they run at the Region I meet on Tuesday at Mae Simmons Park in Lubbock.

“On the girls’ side, very pleased,” said Andrew Cook, Flower Mound head coach. “The gap time between our first and fifth runner was right around the minute mark. I’m excited to come away with the district win. On the boys’ side, we knew it’d be an all out battle to get out of district. It’s such a competitive district, we’re happy to be moving on.”

Flower Mound’s girls were paced by junior Natalie Cook, who earned 6-6A champion with a time of 17:51.75. Other individuals who finished in the top 10 included junior Virginia Knight in fifth at 18:30.28, freshman Nicole Humphries at seventh with 18:38.99, senior Samantha Humphries in eighth at 18:41.87 and senior Miranda Vreeland in ninth with 18:48.15.

The boys grabbed the final of two regional-qualifying spots and were led by senior Jacob Ricks who came in fourth with a time of 15:10.75. Sophomore Brayden Kennedy finished close behind in sixth at 15:14.95.

A year ago, both teams went on to the state meet where the boys placed third and the girls took fifth. Natalie Cook and Ricks placed fifth and 35th, respectively, as individuals at state in 2019.

“I think the goal is always to get to state,” coach Cook said. “We lost a lot of strong seniors on the boys team last year, but I think we are up to the challenge. Hopefully we have the opportunity to get [to state] and get on the podium.”

The Hebron girls will return to the regional meet after their second place showing at districts. Senior Keaton Morrison and junior Jenna Kirby grabbed the bulk of the points for the Lady Hawks. Morrison placed third with a time of 18:13.44 and Jenna Kirby took fourth in 18:28.31.

Morrison has two state qualifications on her resume, as a freshman and a junior, and will go for a third on Tuesday in Lubbock.

Hebron boys will be represented at regionals by senior Jeriel Algerian-Marquez who finished in third at 15:10.49.

Marcus will send two runners from both its girls and boys teams to compete at regionals. For the girls, junior Austin Owen qualified with a bronze medal at districts and a time of 18:23.19. Senior Payton Evert snagged the final advancing individual spot at 10th and 18:57.29.

Owen goes for a third straight state qualification and Gravitt will try to advance for the second year in a row.

At the region meet, the top three teams advance to state as do the top 10 individuals not on a qualifying team. The Flower Mound girls feature five runners among Region I’s top 25 times for the year with Natalie Cook leading at fourth in 17:48.5. Ricks and Kennedy rank fourth, 15:10.75, and sixth, 15:14.95, for the boys.

Owen’s season-best time of 17:42.1 serves as third best in the region.