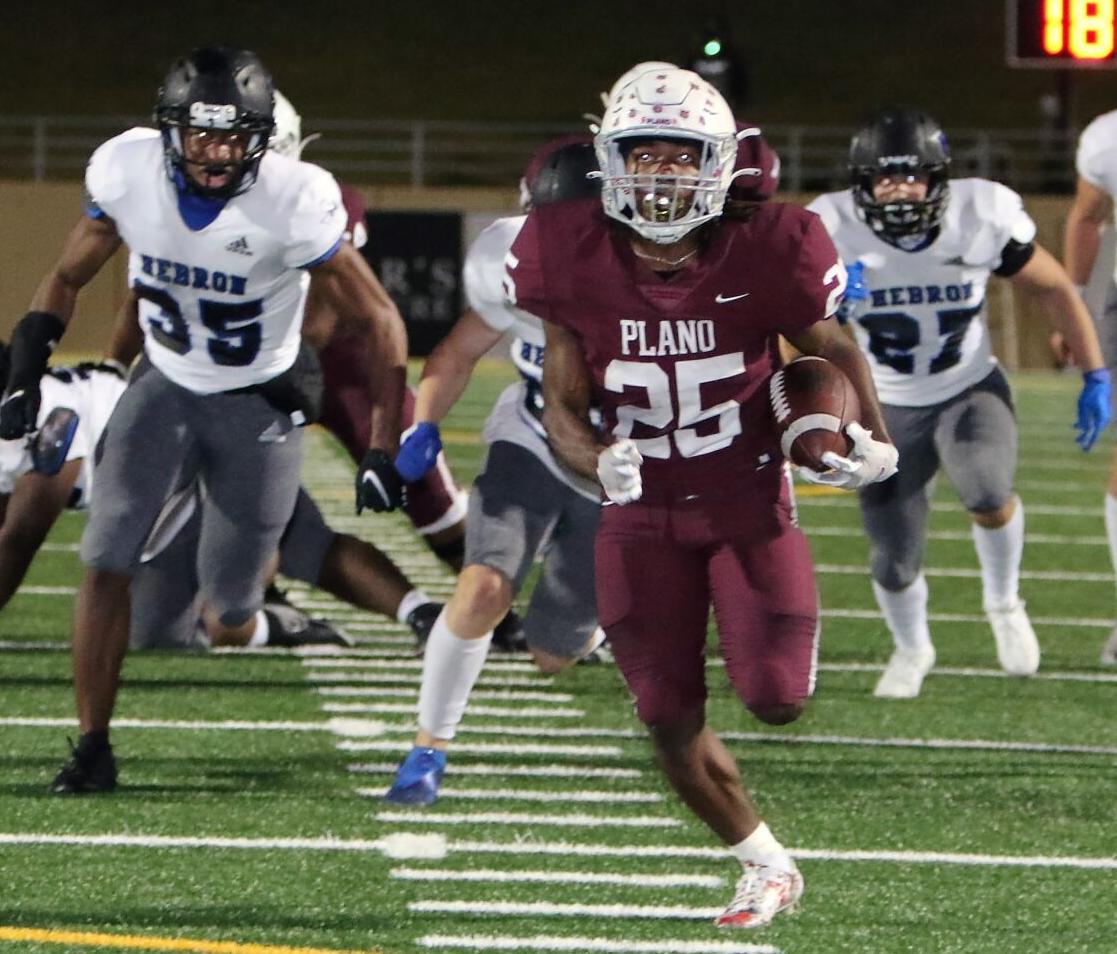 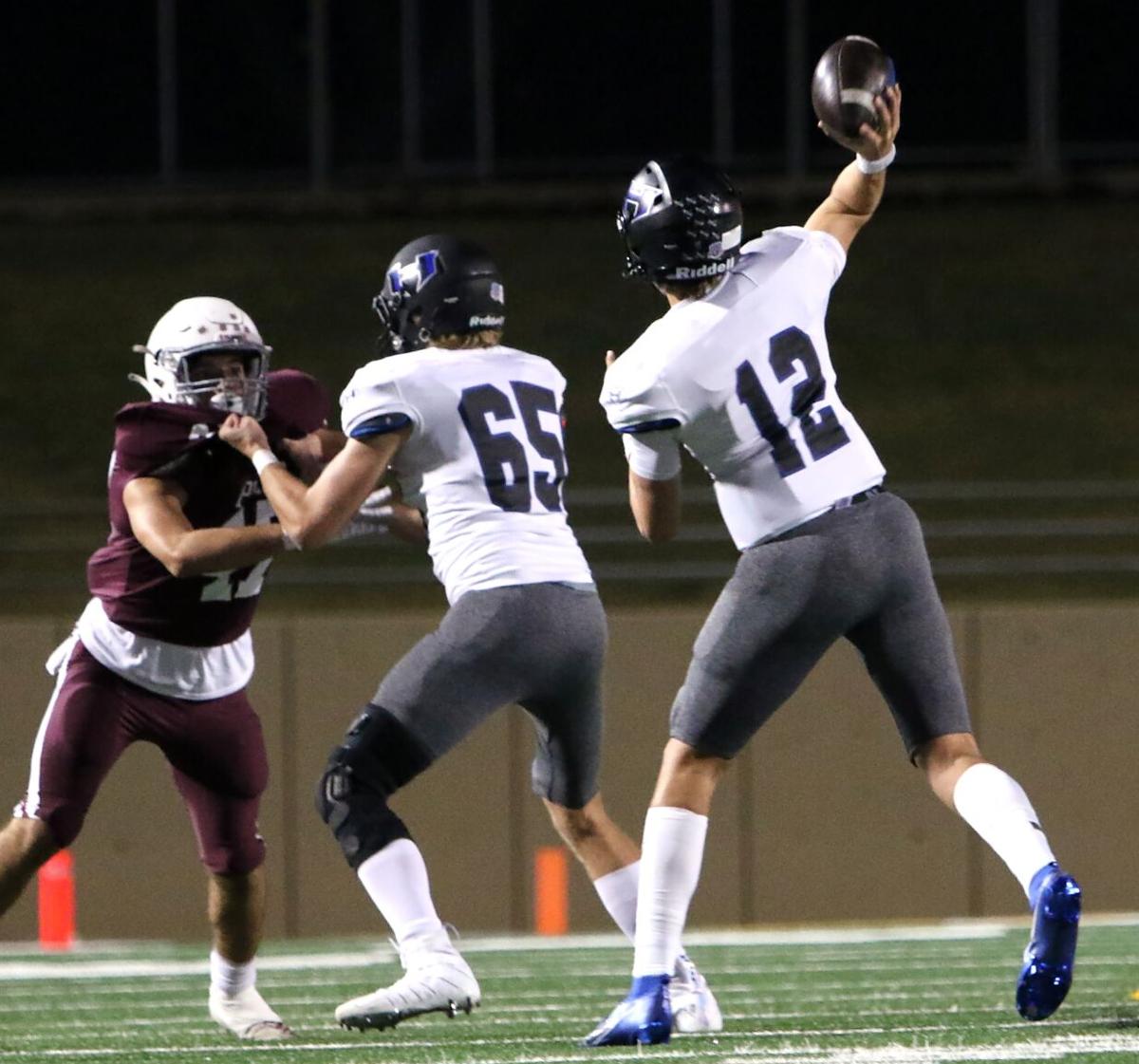 Plano played another game down to the wire and finally came away with a victory as they beat Hebron on Friday, 42-38, at Clark Stadium. The Wildcats, who lost games by one and two points this year, notched their first win of the season under new head coach Todd Ford, as well as their first District 6-6A win in the process.

Trailing on two separate occasions in the fourth quarter, Plano (1-4, 1-2) looked to its senior quarterback Oliver Towns. Towns, who attempted 33 passes, made arguably his most noteworthy contribution on the ground when he broke loose for a 76-yard touchdown run that gave the Wildcats a 35-31 lead.

Six minutes later and down 38-35, Towns found junior wide receiver Myles Bourne-Nelson in the back corner of the end zone for a 10-yard pass.

“All that matters is you win by one,” Ford said. “Whatever it takes for us to pull it out, we’ll take it. [I’m] super proud of our defense for just continuing to play. [Hebron] is explosive on offense. Give them credit. They continue to make adjustments as do we, but the bottom line is we’re resilient and we just kept playing. It’s not perfect, but it’s not going to be perfect. It’s 2020.”

The Wildcats came into the contest with defensive struggles, allowing 42.5 points per game. But in a game where one defensive play can alter the outcome, Plano produced two of them.

One was an interception in the second quarter by senior linebacker Stefon Browder to set up a touchdown. The other sealed the win when senior defensive back Dylan Davis picked off a pass with 33 seconds to go in the game.

“Just doing our job and doing what we’re supposed to do,” Ford said. “Staying out of our own way is critically important, and, for the most part, we did that tonight.”

Towns delivered late-game heroics, but the Wildcats are not close in this game if not for senior running back Tylan Hines. Hines scored three times in the first two quarters on his way to a 99-yard half. The senior’s first two touchdowns were both from 12 yards out, but the second carried a bit more weight. Hebron’s pass rush got to Towns, which resulted in a strip sack and Hines alertly picked up the ball and beat the defense to the pylon to give the Wildcats a 13-7 advantage.

Hines promptly completed the hat trick after Browder’s pick with a 26-yard run to put the Wildcats back in front 20-14. Hines finished the game with 131 rushing yards.

The Hawks (3-2, 2-1) played without a critical member of their team in head coach Brian Brazil, who missed the game after a COVID-19 diagnosis. Defensive coordinator Eric Mach took over the head coaching duties for the game.

Hebron relied heavily on the pass as junior quarterback Weston Conaway attempted 41 passes. The junior collected four passing touchdowns, the last of which went for 71 yards to senior wide receiver Mason Williamson and gave the Hawks a 38-35 lead with 5:48 to play. The long strike helped Conaway to 356 total passing yards.

“We had Jaddai Henry go down, so Mason Williamson had to step up,” Mach said. “He’s our starting safety and he made a couple big catches right when he needed to. I’m more proud of our running game with (senior) Brandon Love because he ran like a man all night long. Offense, I thought, did fantastic tonight. Defense, we didn’t get it done like we should”

Love helped pace the Hebron offense with 106 yards despite only two of his carries going for more than 10 yards. Love’s sole touchdown of the night tied the game at 28 apiece late in the third quarter.

Penalties hurt Hebron in the first half. Firstly, a defensive pass interference call set up Plano inside the Hawks’ 25-yard line which later resulted in a touchdown. Then a roughing the punter at the end of the second quarter extended a drive that, although did not lead to a score, consumed the remainder of the frame.

“I just don’t think we tackled like we needed to,” Mach said. “This game comes down to the basics. You have to block and you have to tackle, and, bottom line, we didn’t tackle like we should. [Hines] was outstanding for them and [Towns] could break tackles all night.”

Plano next plays on the road against Lewisville on Nov. 13 at 7 p.m. Hebron returns home to face Coppell.