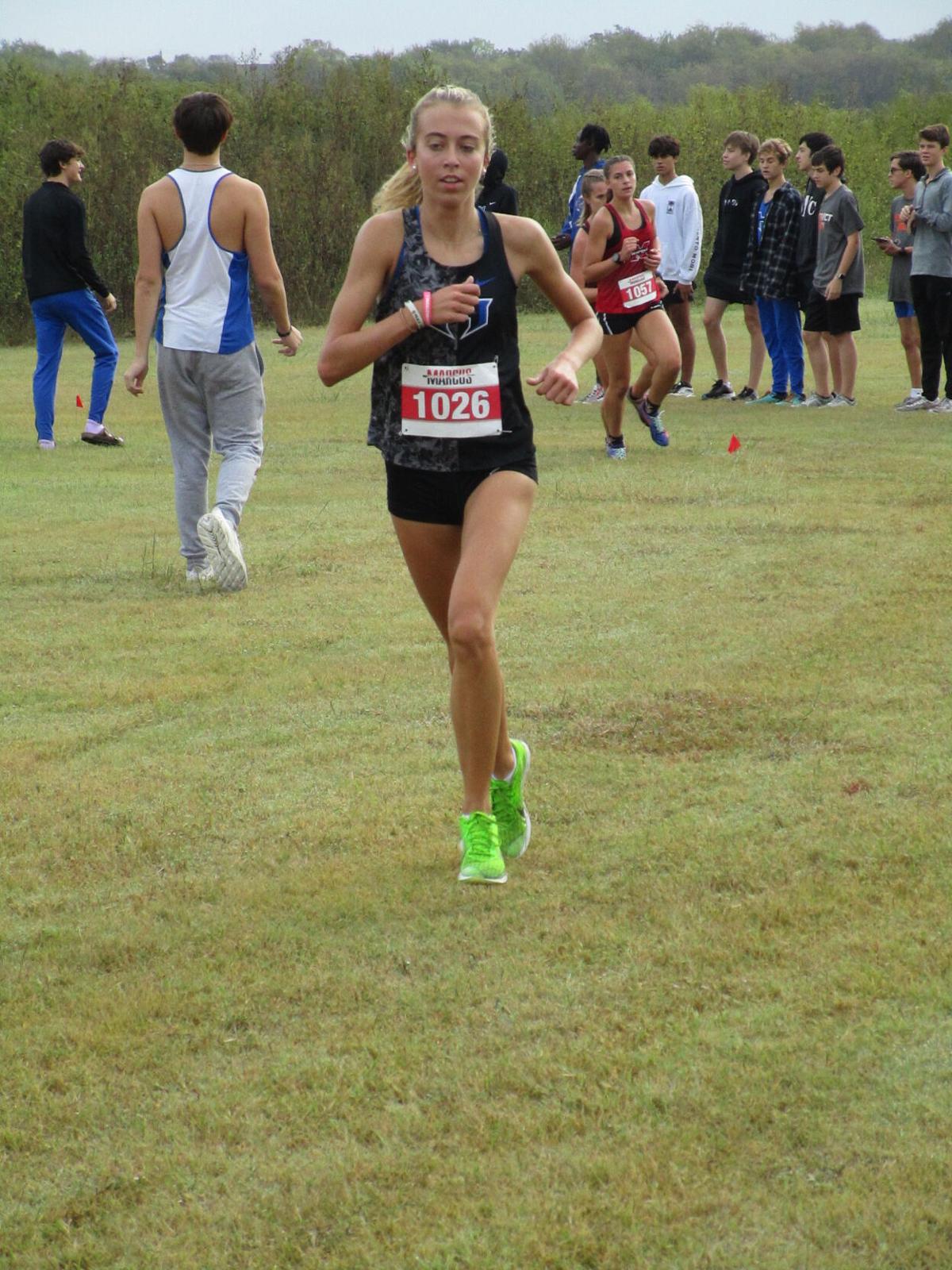 Hebron senior Jenna Kirby and the Lady Hawks qualified for the Region I-6A meet after placing third in the District 6-6A meet Friday in Denton. 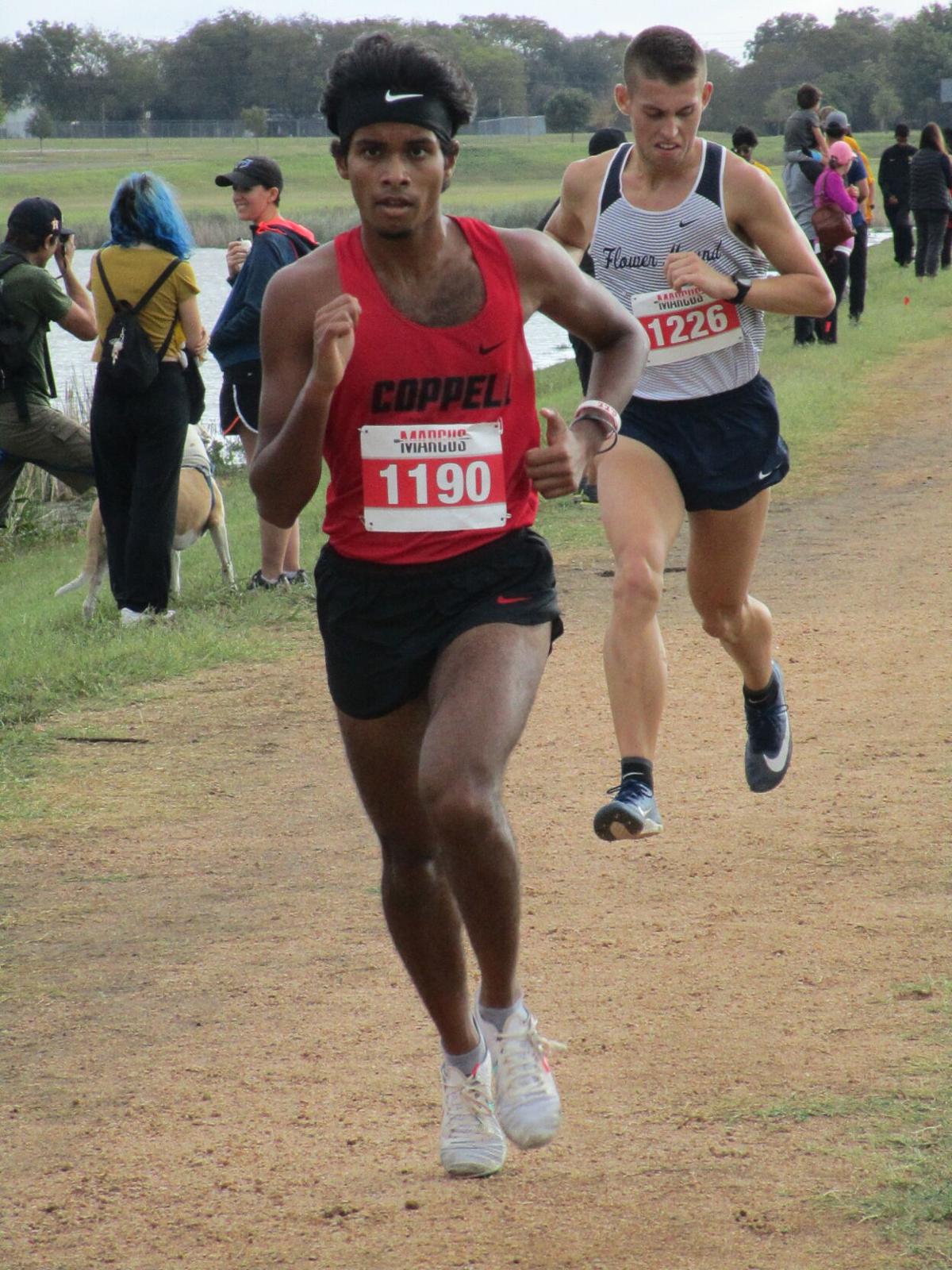 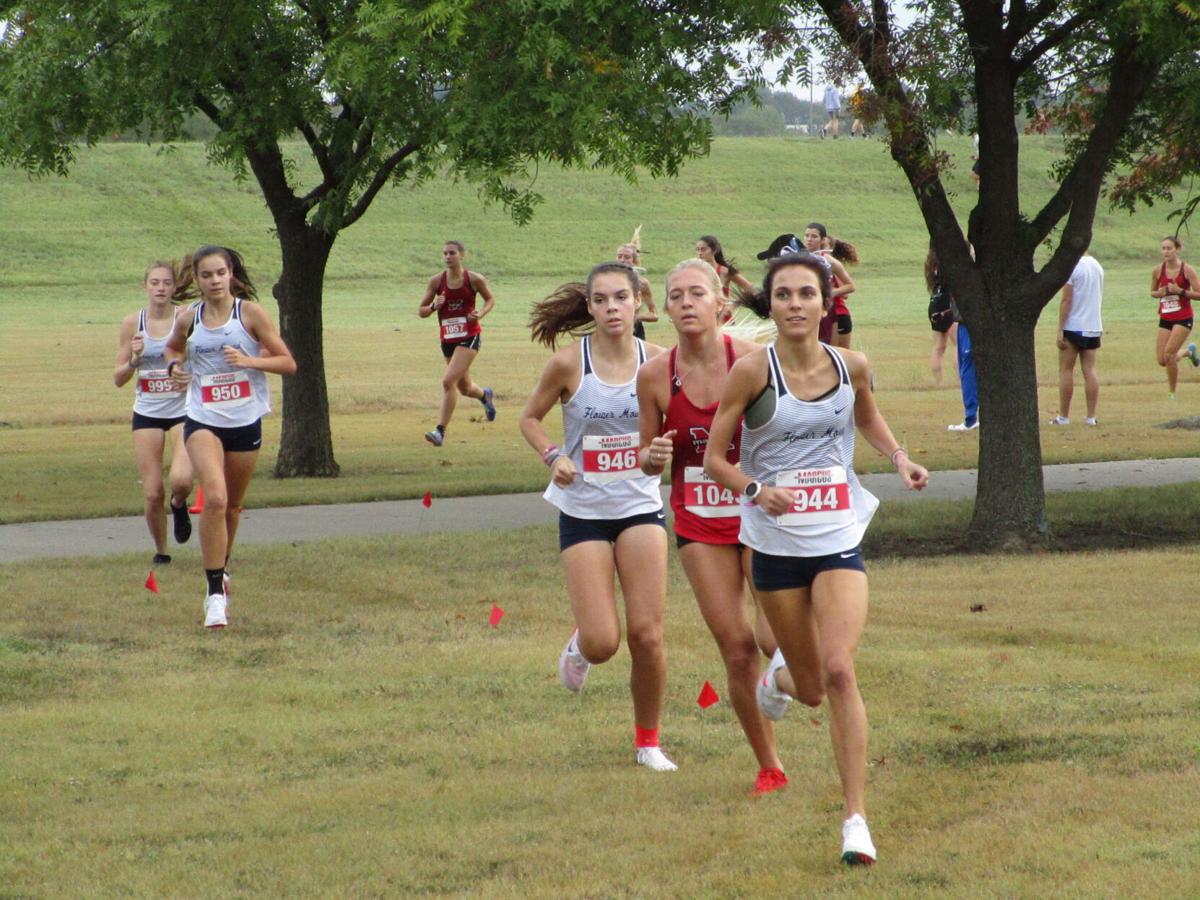 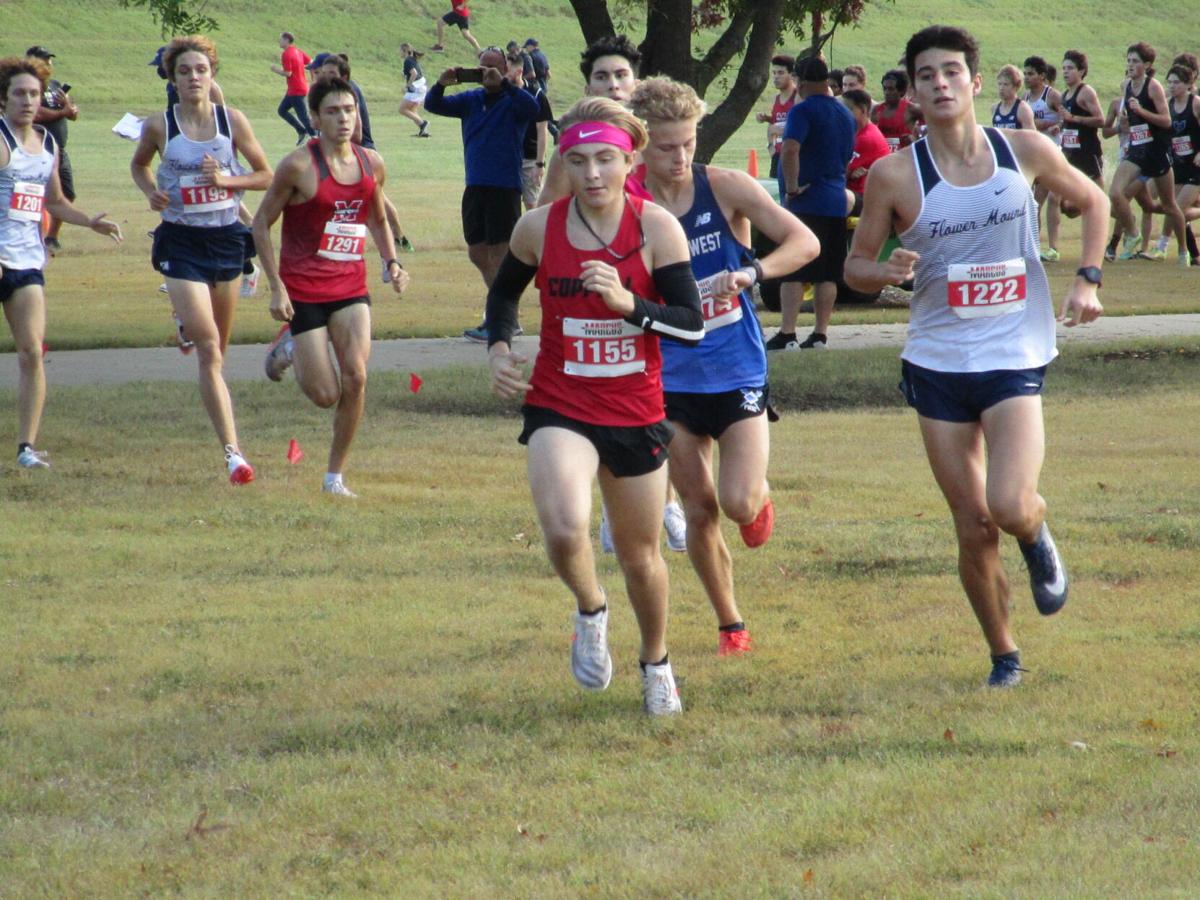 Hebron senior Jenna Kirby and the Lady Hawks qualified for the Region I-6A meet after placing third in the District 6-6A meet Friday in Denton.

Flower Mound, the top-ranked team in Class 6A by the Cross Country Coaches Association of Texas, did so in convincing fashion. The top five individual finishes were recorded by the Lady Jaguars, who scored 15 team points to capture first place in the team standings – 68 more points than runner-up Marcus (83) and third-place Hebron (96), both of whom qualified their squads for the Region I-6A meet in Lubbock. West’s boys, meanwhile, scored 41 points and got a first-place finish by senior Hudson Heikkinen (15:40.4) to come away with a sweep of the male division.

And it wasn’t just a dominant performance as a team by Flower Mound. Senior Natalie Cook, an Oklahoma State commit, made it look easy. She separated herself from the remainder of the field less than halfway into the race and went on to win the event for the fourth straight year in a time of 17:25.8.

“I tried to really keep it under control the first two miles,” Cook said. “This was my first cross country race ever since Woodbridge. I try to finish well. But I did well overall. I’m pretty happy about that.”

“Our girls, being ranked No. 1 in the state, wanted to come out here and not settle,” said Andrew Cook, Flower Mound head coach. “We wanted to drop the hammer and run a great race. I’m very proud of them for doing that. And for the boys, I told them that it was going to be tough. We talked about how were’ going to have to bring it home the last kilometer. And if you don’t, you’re going to be sitting at home. It came down to the last kilometer, and I felt like our boys really fought hard that last kilometer.”

Flower Mound’s boys followed in the footsteps of the Lady Jaguars and qualified for the Region I-6A meet after finishing in second place with 56 points. Sophomore Owen Cole ran a 16:26.6 to pace the Jaguars and finish fourth overall. Junior Riley Nedrow also placed in the top 10 after he clocked a time of 16:40, good for seventh place.

But the boys’ race belonged to Plano West. The Wolves, ranked No. 7 in 6A by the CCCAT, got top-10 finishes from three runners – Heikkinen, senior Ryan Gulick (second, 16:02.3) and junior Hogan Heikkinen (eighth, 16:45.1). West totaled 41 team points – 15 ahead of Flower Mound’s 56 and 18 ahead of third-place Coppell (59), both of whom earned automatic qualifications into the regional meet.

“I’m super excited about that,” Hudson Heikkinen said. “Going into this year, I wasn’t sure if we were going to have another year like last year where we didn’t make it out of district. But I’m glad that we put our heads into the ground and started to work this summer. I’m proud of our team.”

Hudson Heikkinen was locked in a close battle atop the leaderboard with Coppell junior Andrew Mullen and Flower Mound’s Cole in the early going. Hudson kicked it into another gear after the first mile and went on to win the race by more than 21 seconds.

“I didn’t have a race plan going in, but my main focus was a team win,” Hudson Heikkinen said. “I felt pretty good a mile in, so I decided to pick it up just so that I didn’t have to worry about being out-kicked at the end.”

Marcus’ girls did more than enough to earn a berth in the regional meet.

And as for Plano ISD, West won’t be the lone school in the district to have representation in the next round of the postseason.