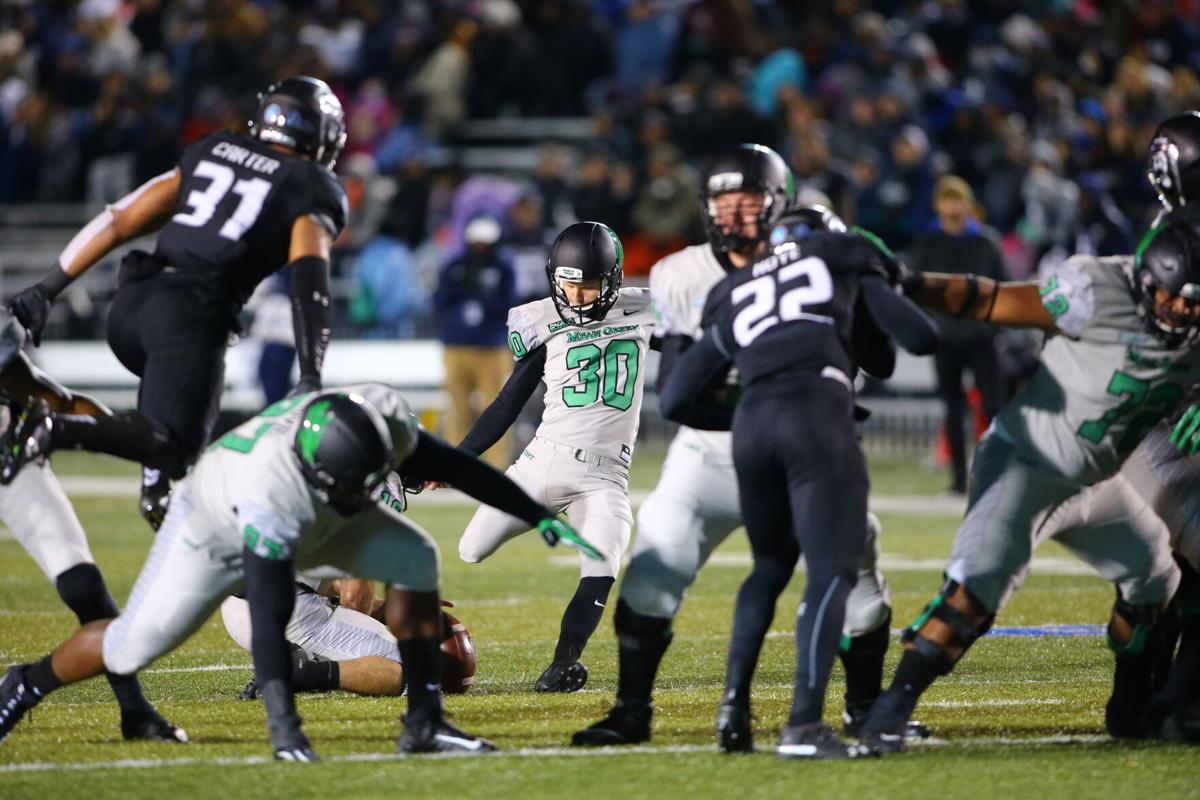 Argyle alum Cole Hedlund turned in a record-setting high school career before finding success in college nearby at North Texas. 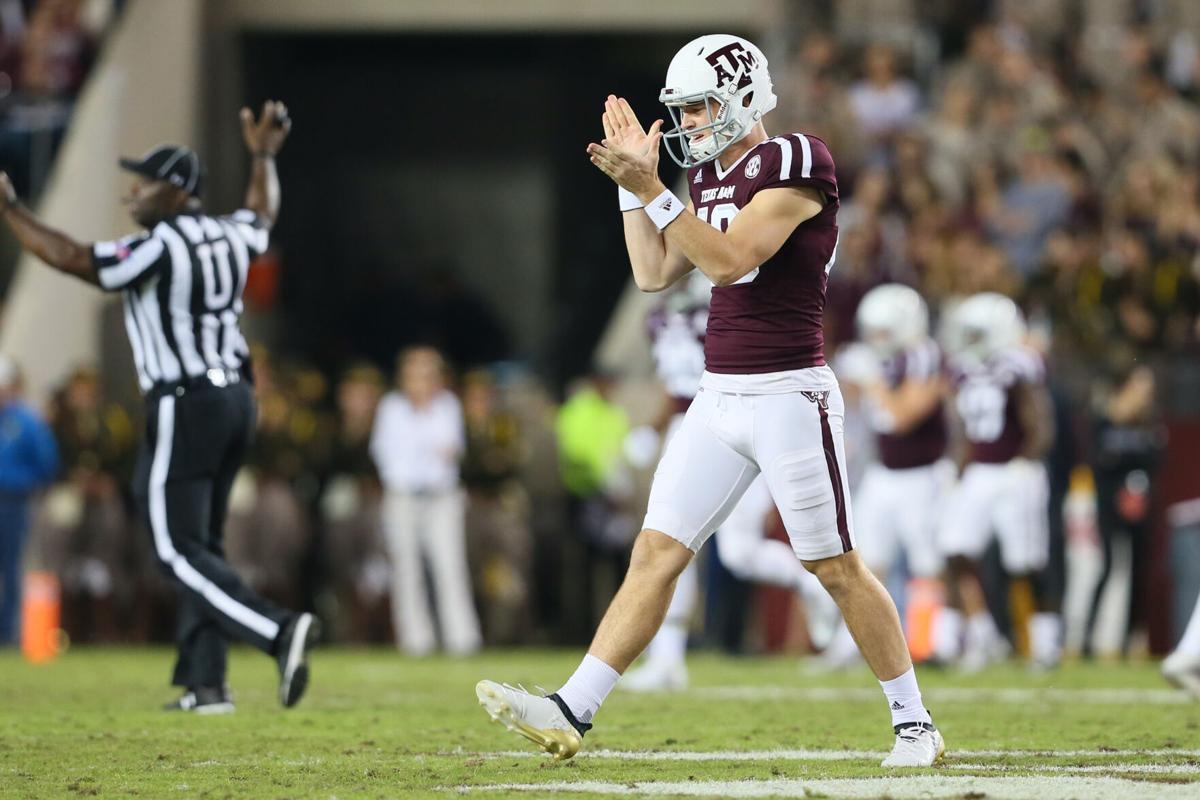 Argyle alum Cole Hedlund turned in a record-setting high school career before finding success in college nearby at North Texas.

Throughout the summer, Star Local Media will recognize some of the premier football players from the Metroplex with its inaugural all-decade team. Players eligible for consideration must have played at least one season between 2010-19 for one of the high schools within Star Local Media’s coverage area: Allen, Carrollton, Celina, Coppell, Flower Mound, Frisco, Lake Cities, Lewisville, Little Elm, McKinney, Mesquite, Plano, Rowlett and The Colony. This is the last of a multi-part series, concluding with kickers and punters.

Argyle’s special teams were in good hands with Hedlund at the controls.

Earning all-state honors each of his last three years in high school, including first-team selections as a sophomore and senior, Hedlund submitted one of the top careers of any kicker in the country. That reflected in the record books, where Hedlund graduated having converted the most field goals in the country for a career (56), including a single-season national record of 25 makes as a junior. Hedlund also made 157 straight extra points, including a perfect 101 of 101 during Argyle’s state championship run in 2013.

The accolades piled up along the way, with Hedlund earning the Chris Sailer award for national placekicker of the year, as well Parade All-American and USA Today all-USA first-team honors before plying his craft in college at Arkansas and North Texas. Kicking for Mean Green in 2018, Hedlund was a semifinalist for the Lou Groza Award — given to the nation’s top kicker — after posting an all-Conference USA campaign by going 19 of 22 on field goals and 51 of 54 on extra points.

Any time that Coppell was on offense, the Cowboys knew they could rely on the foot of Davis to add to the team's point total.

In his three years playing at the varsity level, Davis missed only four extra-point attempts on 149 career tries and was 40 of 55 on field goals, with a career long of 57 yards. He was the district special teams player of the year three times as well as a three-time all-state selection, tabbed to the honorable mention list for both his sophomore and junior seasons, and to the first team as a senior.

Davis is entering his sophomore season at Texas A&M.

York was named first team all-district multiple times, including his senior season after going 9 of 11 on field goals with a long of 47 yards. That same year, he graded out as a five-star kicker and punter at Kohl’s Kicking Camp and ranked among the top 10 in field goals, punts and kickoffs at the 2018 National Scholarship Camp.

York was also a participant in the 2019 Under Armour All-American Game, where kicked a 59-yard field goal that doubled as the longest in the game’s history. He’s now the kicker for LSU, fresh off a 2019 CFB national championship.

Tabbed a five-star prospect and the No. 12 kicker in the country during his high school days, per Chris Sailer Kicking, Mazza’s boot served the Wildcats well. He converted 17 of 23 field goals for his career, including 6-of-9 as a senior with a long of 44 yards. That season, he added a near-perfect 26-of-27 on extra points.

Since then, Mazza has gone on to author a big-time college career at Washington State. Last season, he kicked the highest field-goal percentage in program history after going 20-of-21 as a redshirt sophomore on his way to being named a finalist for the Lou Groza Award.

For all the star power Allen has produced on offense and defense over the past decade, the Eagles have been one of the state’s best in special teams — particularly in dictating field position. Punters like Tripucka helped in that area immensely.

An all-state third-team selection in 2012 who doubled as an Under Armour All-American, Tripucka had a command on neutralizing any opponent’s return game — allowing 0 yards returned on his punts during his junior and senior seasons with the Eagles — the last of which culminated in a Class 5A Division I state championship.

A 4.5-star prospect via Chris Sailer Kicking, Tripucka went on to punt in college at Texas A&M, where he set a school record with 27 punts inside the 20-yard line during his junior year, followed by a 46.1 yards-per-punt average as a senior that ranked fifth all-time in program history.

Earning a Phil Steele all-SEC first-team nod as a senior, Tripucka was most recently seen punting for the XFL’s Los Angeles Wildcats.

Galitz handled punting and place kicking duties during his time with the Eagles, where he averaged 38.4 yards per punt. He was rated as the No. 3 kicker in the nation by ESPN and was named an Under Armour All-American in 2015.

Galitz made an immediate impact at Baylor, earning honorable mention all-conference as a freshman and sophomore. A two-time selection to the Ray Guy Award Watch List, Galitz returned from injury to earn All-Big 12 first-team honors during his senior campaign.

Symmank is considered the best punter and kicker in Boyd history, having posted the program’s highest punting average and being named all-state honorable mention in 2010. After Boyd, he played at Texas Tech under Kliff Kingsbury where he led the Big 12 and was eighth in the nation in gross punting average (46.0) in 2015.

Symmank was in Minnesota Vikings camp until the final cut in 2017 and has also punted for the New York Giants.