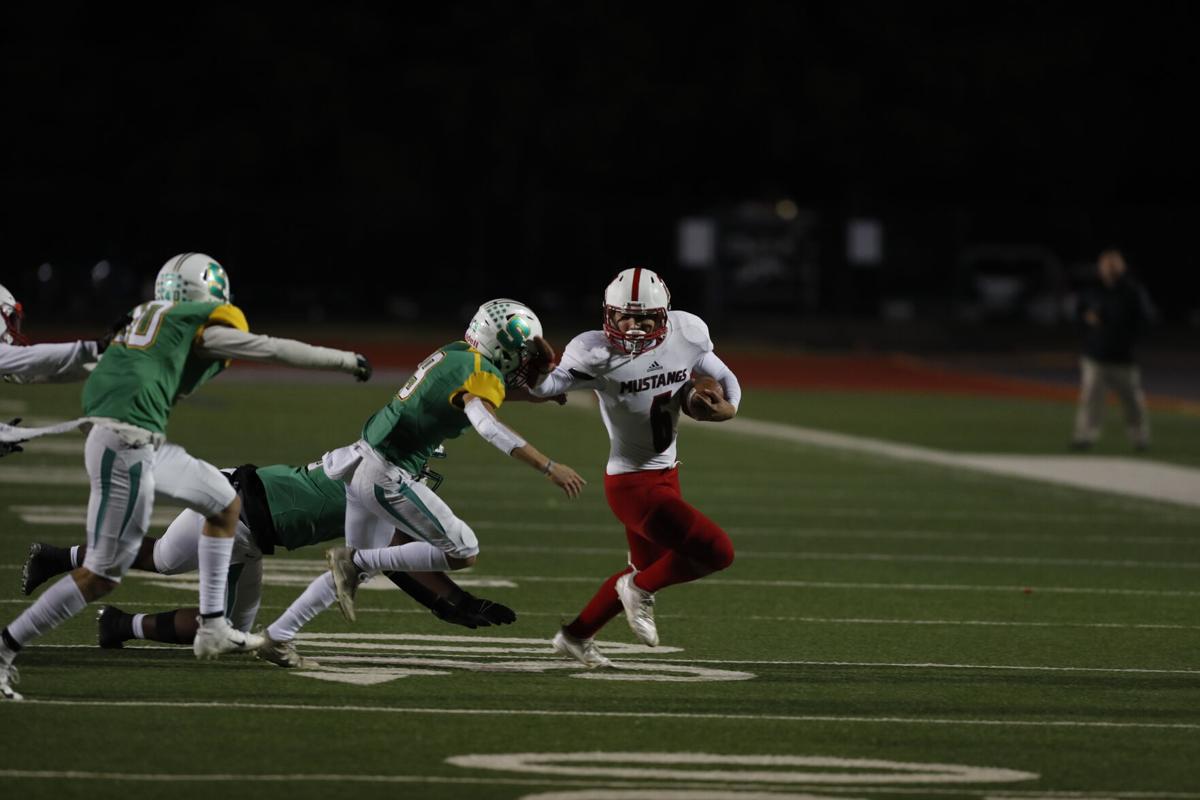 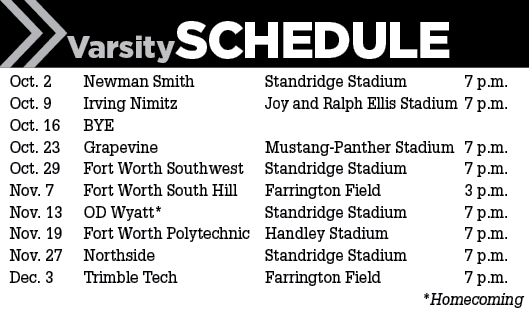 The Mustangs hope to benefit from a change of scenery in 2020, dropping down to Class 5A Division II and into a district that contains a slew of brand-new opponents.

The 4-5A Div. II schools in Fort Worth ISD will be tasked with slowing a Creekview team that’s a stylistic relic in today’s spread-heavy era in high school football. The Mustangs base out of the flexbone and aren’t bashful about ramming the ball down an opponent’s throat behind a brute-force run game.

However, Creekview graduated a strong senior class, including its top offensive lineman in Air Force freshman Jack Parker and quarterback Brett Esch, who knew head coach Jay Cline’s system inside and out.

Finding an heir behind center has been top of mind for Cline and his staff, which anticipates the program’s scrimmage against Irving and non-district showdowns with rival Newman Smith and Irving Nimitz as being key to the program’s evaluation process leading up to district.

What’s for certain is that when Creekview decides to run the ball, expect senior Edgar Paige to be involved plenty. Paige split carries with alum Isai Pena last season, carrying the ball 96 times for 575 yards and three touchdowns.

Although Esch only attempted 19 passes in 10 games played last season, his mobility was integral to the flow of Creekview’s attack with a team-high 124 carries on the ground. The Mustangs are looking at senior David Thompson Jr., junior Garrett Palacio and sophomore Ben Pfiel as options at quarterback, although Cline noted that Thompson is expected to have a prominent role in some fashion, either behind center or as a slot receiver.

Defensively, the Mustangs are in good hands up front with senior Tony Baker leading the way at defensive tackle. Senior Joshua Toyphommarath is a name to watch at linebacker, while Cline noted that his secondary has some experience back with junior Jordan Crain and senior Rickie Brown.

The Mustangs’ flexbone offense requires a quality option in the backfield and Creekview feels like it has just that in Paige. The fullback brings a bruising style to the mix at 5-foot-11 and 210 pounds and showcased plenty of punch last season. Paige averaged 6.0 yards per carry and ran for 575 yards and three touchdowns. He doubled as the team’s leading receiver, albeit with just three catches for 34 yards, and enters his senior year entrenched as a focal point in the Creekview offense.