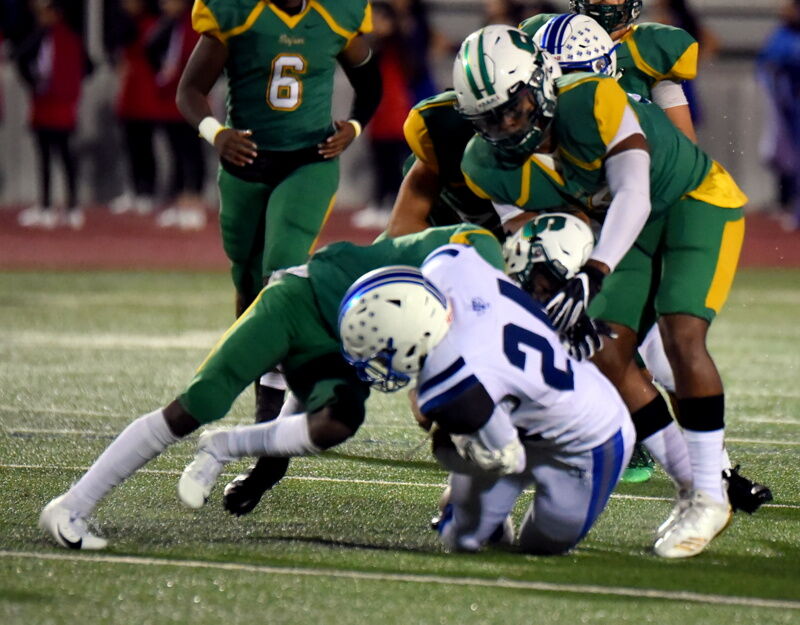 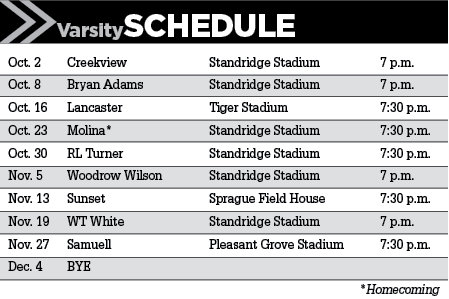 In search of their first playoff berth since 2015, the Trojans hope a shift to 6-5A Division I is just the ingredient needed to get the program back on track.

With a new district comes renewed optimism for Smith, which has devoted its pandemic season to starting anew — drawing upon the Latin phrase “Nunc Coepi,” which means, “now I begin,” as the team’s slogan for the upcoming season.

As the Trojans continue to work through a trying offseason, they’ve got 12 returning starters — six on each side of the ball — to fuel their charge into district competition. Head coach Paul Ressa also noted a few move-ins that have already made an impact within the program, including Jacob Rios, a sophomore who figures to play a prominent role on the offensive line, and Robert Dixon, who will compete for the starting job at running back.

The Trojans graduated pieces at all levels but return the majority of the offensive line with senior Kameryn Oliver, junior Guy Flores and senior Jaelon Moore all back up front.

They’ll block for senior quarterback Doug Hill, who split reps behind center with alum Luke Maternowski last season and looks to build off a junior campaign where he tallied nearly 900 yards of offense. Look for junior Blake Austin and sophomore Kylen Woods to emerge as targets for Hill at receiver.

Smith graduated four all-district players on defense and will turn to junior Jeremiah Cummings, Malachi Calhoun and sophomore Christian Thomas to commandeer its secondary, while sophomore Jayvion Coulter and junior Inaki Cortes look to contribute on the defensive line. That youth extends to the linebacker corps, where sophomore Isaiah Muhammad has turned in a strong offseason for Ressa and Co.

“Our kids have been in the fire for the last three realignments with teams like Prosper and Denton Ryan,” Ressa said. “Now we’re in a district that’s a bit more like Newman Smith and C-FB ISD. We feel like we’ll be able to compete each and every week.”

Hill got his feet wet at the varsity level last season by splitting reps behind center with Luke Maternowski. Passing for 504 yards, Hill added a more mobile dynamic to the position as he finished second on the team in rushing with 359 yards on 5.1 yards per carry. Hill totaled five touchdowns during his junior campaign and gets to ply his craft as the Trojans’ starter this season.