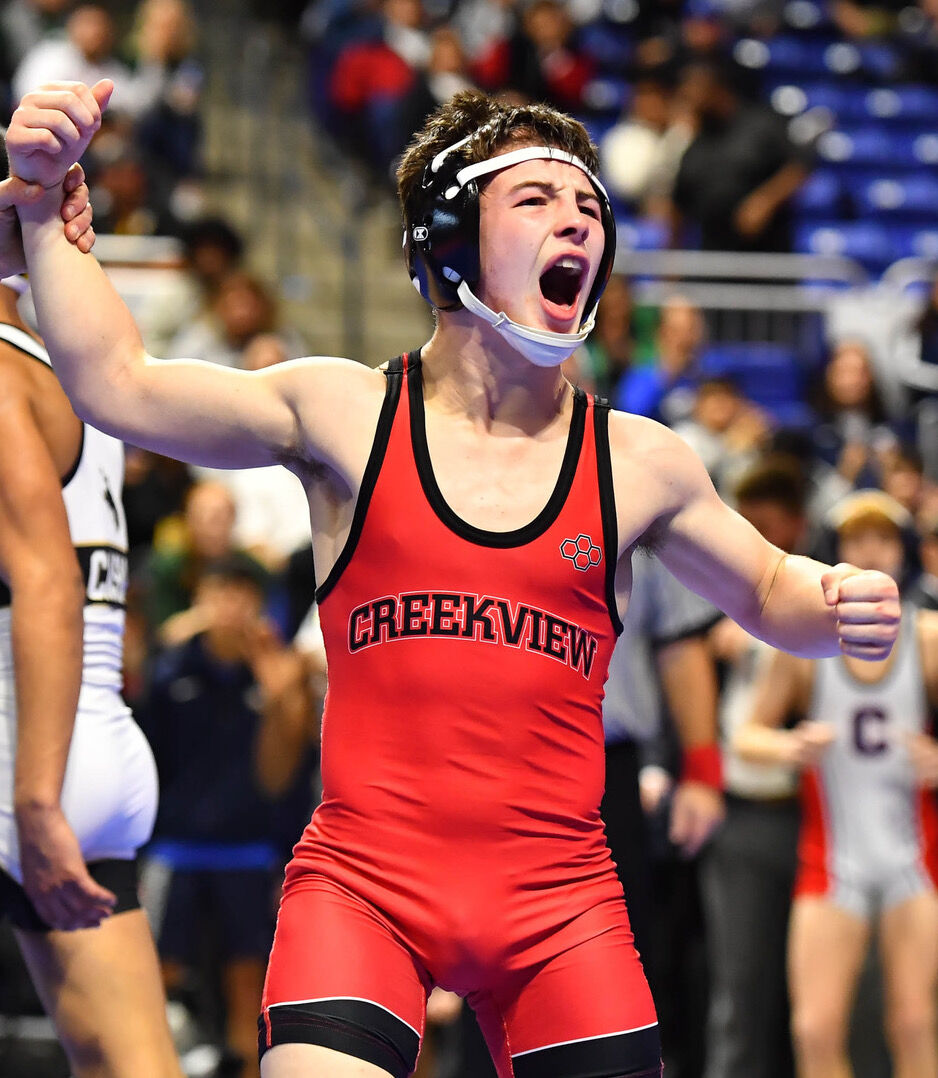 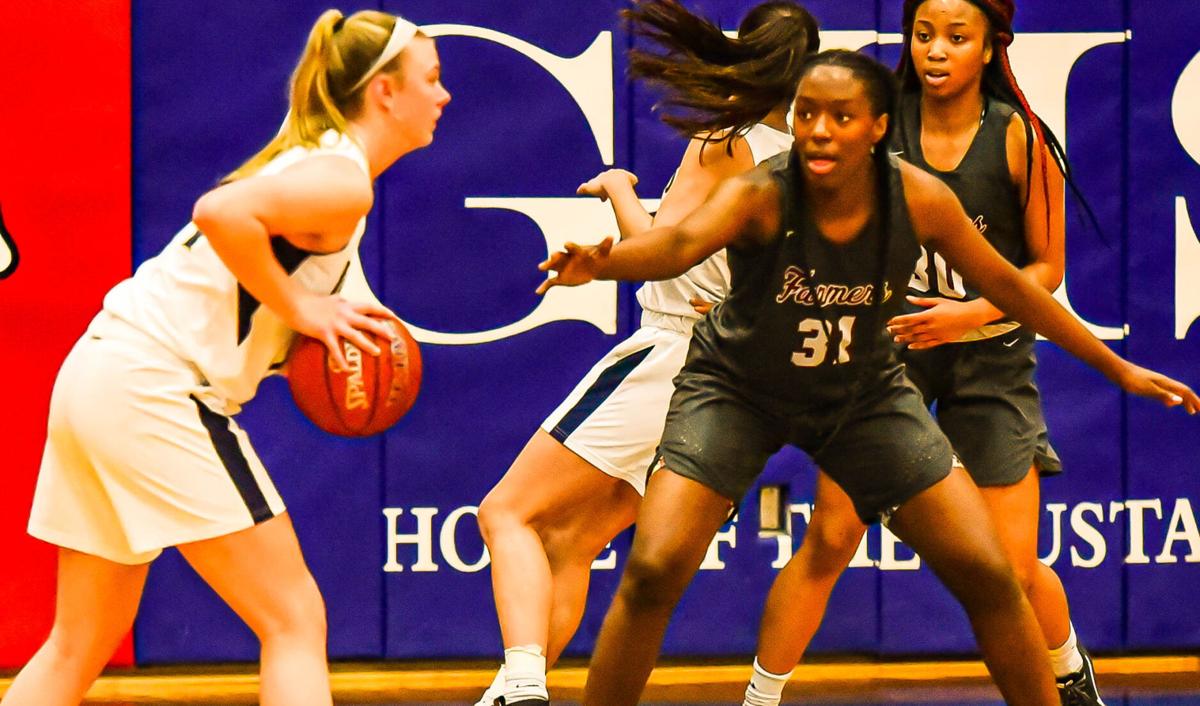 Lewisville senior Laila Lawrence racked up a double-double to help the Lady Farmers take down state-ranked Keller in the bi-district round of the playoffs. 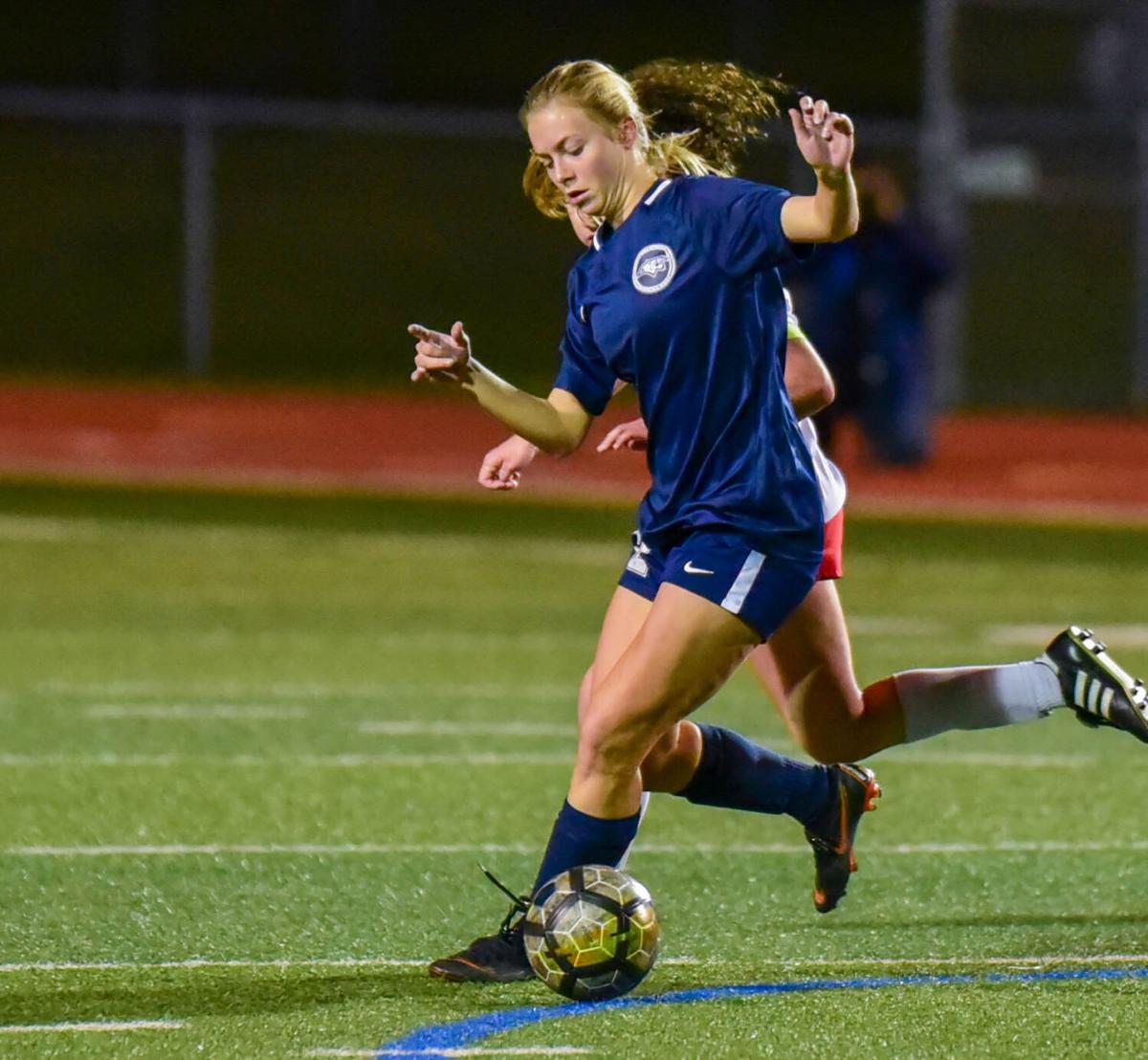 Flower Mound alum Caitlyn Matthews and the Lady Jaguars had an undefeated season cut short by the pandemic.

Lewisville senior Laila Lawrence racked up a double-double to help the Lady Farmers take down state-ranked Keller in the bi-district round of the playoffs.

Flower Mound alum Caitlyn Matthews and the Lady Jaguars had an undefeated season cut short by the pandemic.

With the book about to close on 2020, it’s time to look back on the year that was in Denton County athletics.

This year was like no other in recent memory, with high school sports around the country feeling the impact of the COVID-19 pandemic. Amid the trying year, which included the cancellation of numerous UIL sports in the spring and the week-to-week uncertainties that plagued teams during the fall, programs from Lewisville ISD and Carrollton-Farmers Branch ISD still managed to turn in their share of highlight moments.

The Star Local Media sports staff has compiled its top 10 sports stories of the year, starting with the first half of that lineup.

Among high school sports’ casualties of the COVID-19 pandemic was the cancellation of a soccer season that was right on the doorstep of the playoffs. That was a bitter pill to swallow for many in the Flower Mound girls and Marcus boys soccer programs.

The Lady Jaguars and Marauders were on a tear before the pandemic shut down their seasons, finishing the year nationally ranked — and in the case of Flower Mound’s girls, undefeated at 17-0-4.

The Lady Jaguars outscored teams, 65-7, on the year, including a staggering 44-1 margin in a 6-6A district that featured three other teams — Coppell, Marcus and Hebron — that were ranked nationally by TopDrawerSoccer.com throughout the season.

The Marauders, meanwhile, had already locked up a district title behind one of the state’s most potent offenses, scoring 45 goals in just 13 district matches as part of a staggering plus-30 goal differential. For comparison’s sake, second-place Irving had a plus-5 when its season was halted.

Creekview’s wrestling team made history in 2020, submitting a third-place team finish for its boys squad at February’s Class 5A state meet.

Notably, Ding’s title win completed an undefeated junior season in which he went 43-0. Hendriksen went 37-1 as a sophomore.

Prior to February’s momentous finish to the season, only one time had a Creekview wrestler captured a state championship and only twice had the Mustangs sent a grappler to the state finals.

One year removed from the highest team finish in program history, the Flower Mound girls matched their third-place mark from 2019 after compiling 164 points to finish behind only meet champion Southlake Carroll (284) and Humble Kingwood (235) in February’s Class 6A state meet.

The Lady Jaguars amassed that total behind seven finishes in the top eight — highlighted by an a trio of fourth-place swims involving alum Maggie Gholston. Individually, Gholston nabbed fourth overall in both the 50-yard freestyle (23.48) and 500 freestyle (4:52.75) and teamed with alums Jenna Watson, Brooke Dalbey and junior Julia Wozniak to place fourth in the 200 freestyle relay (1:25.43).

Flower Mound prefaced its run at state by placing second at its district and regional meets — finishing behind Carroll in both.

The 2020 season closed the book on a storied senior class that rewrote the program record books.

After a breakout freshman season where he led his district in scoring, Keyonte George kept his foot on the gas as a sophomore at Lewisville. However, after submitting a star-studded 2019-20 campaign for the Farmers, George announced over the summer that he’ll be taking his talents elsewhere for the second half of his high school career — opting to transfer to iSchool of Lewisville to play a national schedule against some of the top competition in the country.

George’s decision to transfer came in the wake of sophomore campaign where he logged season averages of 23.9 points, 5.1 rebounds, 2.3 assists and 2.1 steals to lead the Farmers back to the playoffs. He caught fire down the stretch, scoring at least 30 points in his final four games of the season.

For his efforts, George was named District 6-6A and Star Local Media all-area MVP.

The Lewisville girls basketball team placed third in a competitive District 6-6A and parlayed that into the team’s first area-round playoff appearance since 2017. Getting there required scoring a bi-district upset over a Keller team ranked in the state’s top 10.

The Lady Farmers pulled off the shocker, 53-51, thanks to a handful of crucial defensive stops down the stretch. The biggest came inside the final 30 seconds of the fourth quarter when the Lady Indians fumbled a pass that led to a steal from sophomore Mya Dotson, who converted the go-ahead basket with a layup for the two-point final with 15 seconds left.

Senior Laila Lawrence was a force all game, overwhelming the smaller Keller defense inside to the tune of 22 points, including 16 in the second half, and 13 rebounds.

Check back next week for the year’s top-five stories in Denton County athletics.