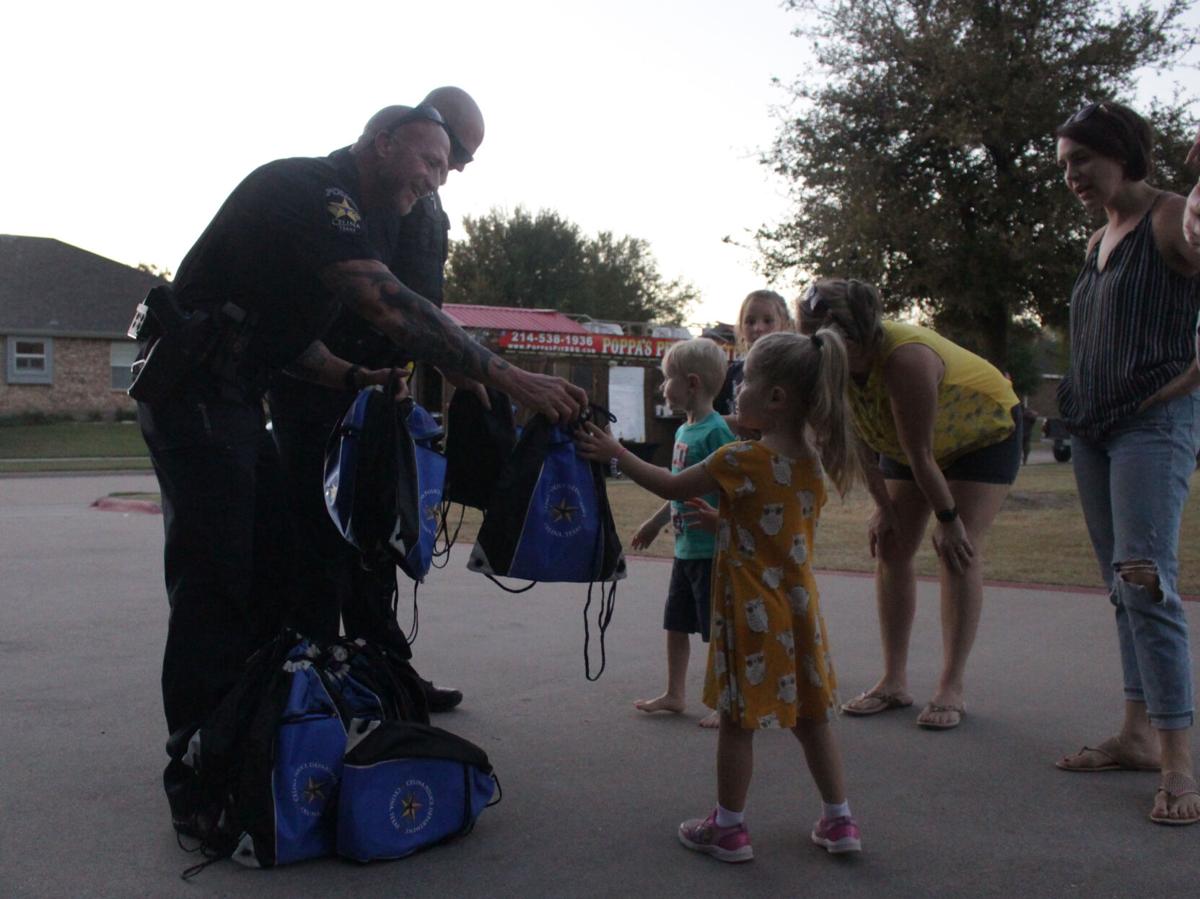 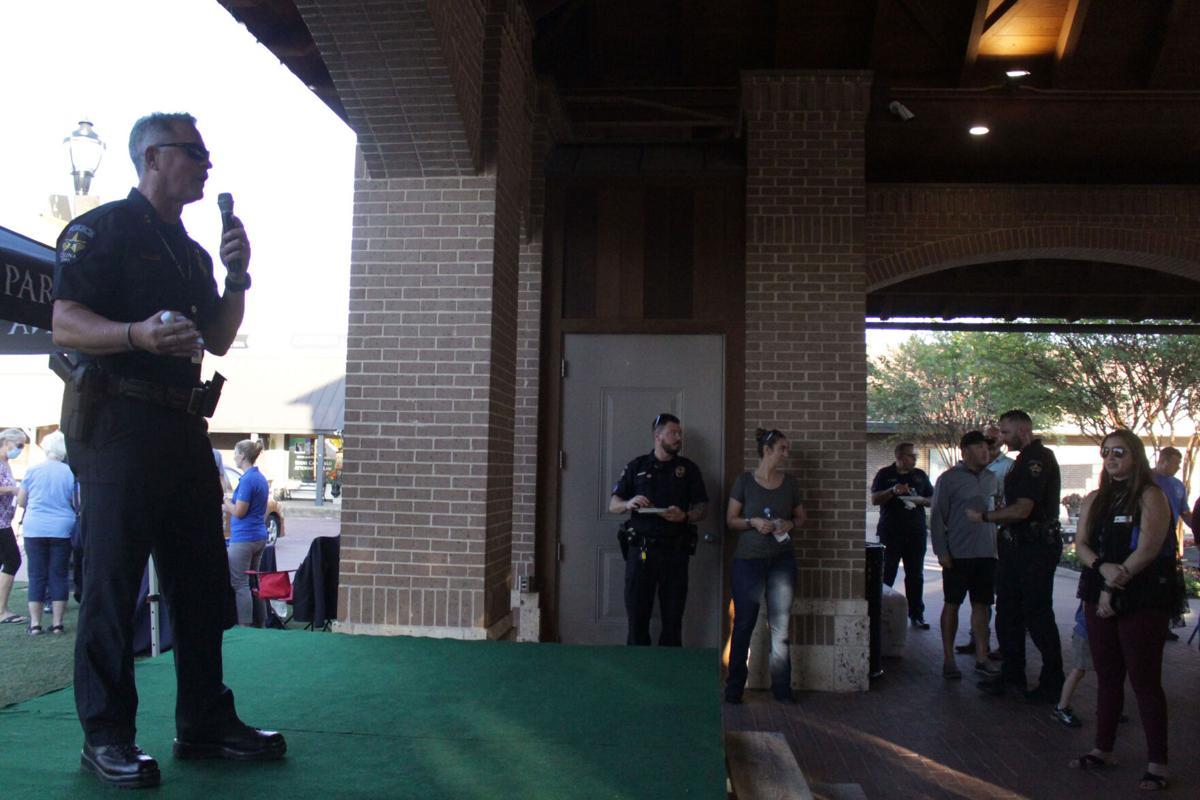 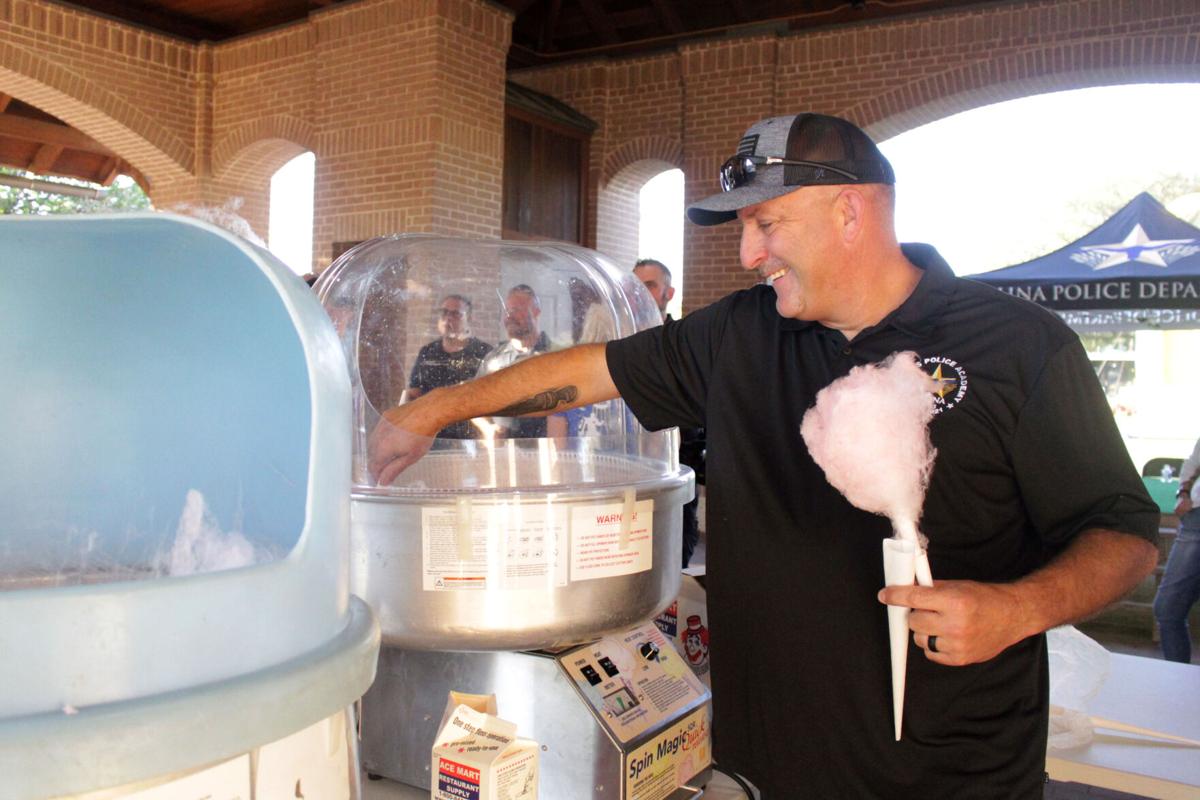 As the sun, and in one case a helicopter, sank over Celina neighborhoods, residents and first responders took to the streets.

Tuesday night marked Celina’s National Night Out, a locally celebrated iteration of the national campaign to connect residents with police officers and each other for safer neighborhoods. That night, block parties sprouted across the city, and in the case of the Sutton Fields neighborhood, the night also included a visit from a helicopter.

Both Celina Police officers and Celina Fire Department personnel visited the parties to interact with residents and shake hands.

“We want people to go out, meet each other, get to know each other, and then also interact with us, because this is an opportunity to interact with the police when it’s not a stressful situation,” Celina Police Chief John Cullison said.

He said crime prevention comes when neighbors know each other.

“They’re willing to call the police,” he said. “They’re looking out for each other. And that’s the whole premise, is to pull the community together, make sure they’re working together to not only solve crimes, more importantly prevent crimes.”

Resident Michelle Maple has lived in Celina’s Heritage neighborhood for about seven years, and she’s seen the neighborhood’s National Night Out festivities grow over time. She said this year’s was probably the biggest she had seen and that the event helped her to meet people who had recently moved in.

“You feel connected as a community,” she said. “You don’t feel like you’re alone.”

“It’s like our own little small town here in this community,” she said. “So I really love this night.”

On Tuesday night, Cullison welcomed residents to the city’s celebration downtown, where families met farm animals, ate burgers and threw axes while also interacting with city officials. Multiple attendees wore blue shirts to mark the evening’s event. On the back of the shirts, white lettering read “In honor of KC and Brynlee.”

Celina Police Det. KC Robinson, 33, died April 5 while off duty in a car crash in Whitesboro, Texas. His 6-year-old daughter Brynlee also died at the scene. Cullison said honoring them as part of the Tuesday night event is a way to say “Never forget.”

“Our memories will never be erased of the ones we love, and so every time we have an opportunity, we like to bring them back into our family,” he said. “We make sure the family has the shirts, and we make sure they know we are not forgetting about them. Because KC may be gone and his daughter may be gone, but his wife and family are still here.”