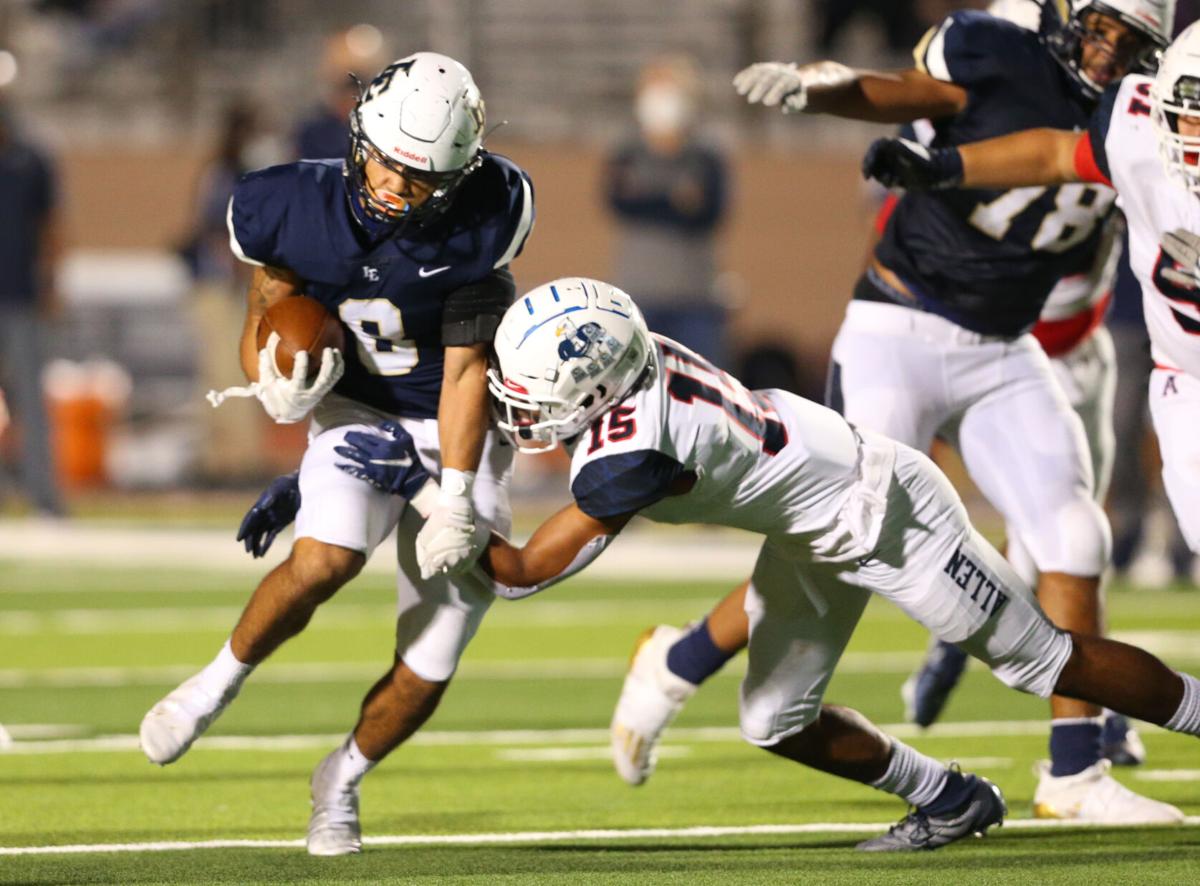 Little Elm made its debut as a Class 6A program in 2020, joining a loaded district that includes state powerhouse Allen. 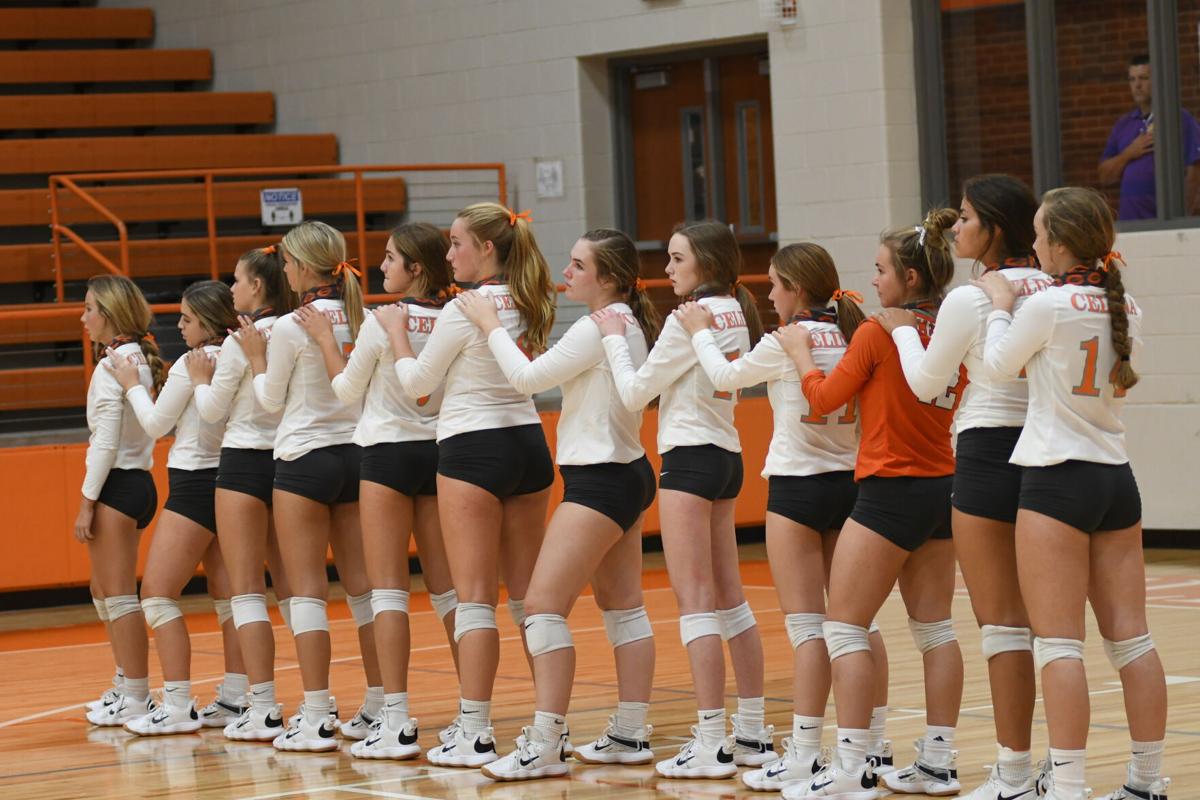 Little Elm made its debut as a Class 6A program in 2020, joining a loaded district that includes state powerhouse Allen.

With the book about to close on 2020, it’s time to look back on the year that was in Little Elm and Celina-area athletics.

This year was like no other in recent memory, with high school sports around the country feeling the impact of the COVID-19 pandemic. Amid the trying year, which included the cancellation of numerous UIL sports in the spring and the week-to-week uncertainties that plagued teams during the fall, programs from Little Elm, Celina and Prosper ISD still managed to turn in their share of highlight moments.

The Star Local Media sports staff has compiled its top 10 sports stories of the year, starting with the first half of that lineup.

Despite graduating nine seniors from a team that advanced to the regional finals in 2019, the Celina volleyball team was undeterred in matching much of that success this season.

The Lady Bobcats captured back-to-back district championships, carrying a seven-match winning streak into the playoffs before embarking on a three-round run that ended at the hands of eventual state semifinalist Kennedale in the regional quarterfinals.

Celina made its run with a completely different make-up than the year prior, reloading with a cast of underclassmen that played significant minutes for head coach Ginger Murray early on. In total, the Lady Bobcats rostered just one senior — libero Sage Murray — and still posted a 20-5 record.

Prosper hasn’t missed a beat since making the move to Class 6A two years ago. That’s plenty evident with the Lady Eagles’ volleyball program, which made consecutive trips to the regional tournament the past two seasons.

An untimely luck of the draw unraveled Prosper one round shy of the regional semifinals, falling short in the third round against eventual state semifinalist Flower Mound this year.

Prior, the Lady Eagles authored a commanding run through 5-6A, capturing a district championship following an 11-1 campaign. Of those 11 wins, eight came via sweep.

Prosper was the class of its district thanks to a deep, experienced lineup that thrived in all area on the floor. Senior Bailey Birmingham was named 5-6A’s MVP, fellow senior Nikki Steinheiser split defensive player of the year honors and sophomore Callie Kieffer earned newcomer of the year.

Celina head boys basketball coach Bobby Stastny called his 2019-20 group the best team he’s had during his tenure with the Bobcats. Celina’s success on the court validated that praise with a 27-7 record, a third consecutive district title — something the program hadn’t achieve in over 40 years prior — and a trip to the regional quarterfinal round of the playoffs.

Celina rode the efforts of a senior-laden cast, led by Karson Stastny, one of the most accomplished players in program history. Stastny added another district MVP award to his ledger in 2020 and earned an all-state selection after averaging more than 16 points per game.

Fellow alums Bryson Brown, the district’s defensive MVP, as well as Hunter Watson, Kade Terry, Kobe Ollison and Garrison Williams all contributed to a big year for the Bobcats.

The UIL’s biennial realignment seldom lacks for drama, and this year’s edition was of particular interest for the programs at Little Elm and Celina.

Early returns have been tough on the Lobos, who missed the playoffs in football and volleyball.

Meanwhile, Celina’s football team was dealt a change of scenery, dipping down to 4A Division II in football. The Bobcats’ move to 4A’s small school caste paid off in 2020, advancing to the regional finals for the first time since 2016.

The 2020-21 school year was a landmark one for Prosper ISD, which opened just its second-ever high school, Rock Hill.

The Blue Hawks made their debut as an athletics program and found immediate success on the volleyball court, placing third in District 10-5A and qualifying for the playoffs.

On the football field, Rock Hill took its lumps in a talent-rich 7-5A Division II district but at last achieved a milestone moment after defeating Lake Dallas in dramatic fashion, 34-28, on Nov. 20. The Blue Hawks took the lead for good with 15 seconds remaining in the fourth quarter after junior quarterback Brenner Cox found junior receiver Jayden Hall for a 33-yard touchdown.

Rock Hill is also making a strong impression in basketball early on. Its boys team entered the week ranked No. 17 in the state.

Check back next week for the year’s top-five stories in Little Elm and Celina-area athletics.