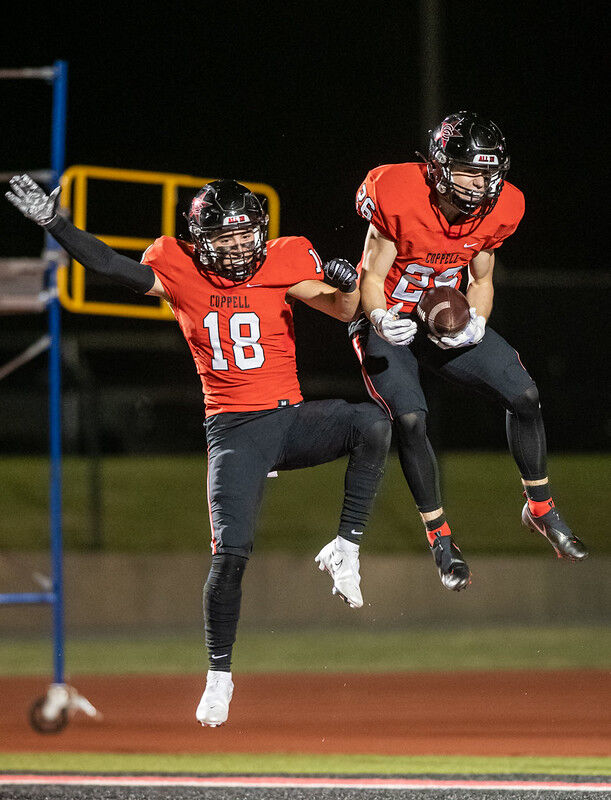 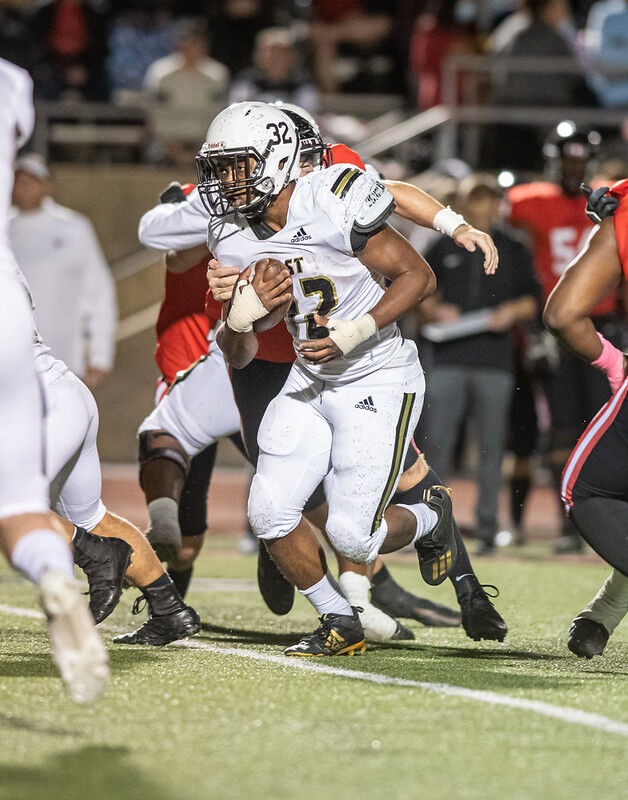 The Cowboys had scored just seven points in the first half over their last two games, but thanks to an aerial assault led by Fishpaw in the first two quarters of Friday’s District 6-6A game against Plano East, Coppell went a long way to reversing that trend.

Fishpaw completed 13-of-15 passes for 279 yards and accounted for three total touchdowns as Coppell survived a furious rally by short-handed Plano East in a 27-21 win at Buddy Echols Field.

“Everything was clicking in the first half,” Fishpaw said. “We had great play-calling, guys were getting open, the line was blocking. Everything was rolling good.”

Coppell (4-5 overall, 3-3 District 6-6A) dominated play in the early-going as the Cowboys rode three first-half touchdowns by Fishpaw and a 27-yard field goal by junior Nicolas Radicic to a 24-0 halftime lead.

After the Panthers (2-7, 1-5) went 3-and-out to commence the penultimate game of the regular season, the Cowboys answered with a methodical 13-play drive, ending in a 37-yard field goal for Radicic and a 3-0 Coppell lead.

Darkoch bumped Coppell’s lead to 10-0 on an 11-yard touchdown run on a zone-read play with 1:11 left in the first quarter.

Then, in the second quarter, Fishpaw used his arm to produce a pair of long-yardage plays in the passing game. He threw a dart to senior Charlie Barker, who was wide open in the middle of the field, on a touchdown play that covered 64 yards.

On the first play of the ensuing Coppell drive, junior Zack Darkoch caught a pass near midfield then spun around an East defender and sprinted up the field to complete an 80-yard catch-and-run for a 24-0 Coppell lead with 5:24 remaining in the first half.

Plano East, meanwhile, came into the game facing an uphill battle. The Panthers were without senior star running back Ismail Mahdi and sophomore quarterback Drew Devillier, among other players because of injury. Senior David Do was under center the first two drives and was then replaced by junior Elijah Prince late in the first quarter.

Prince led two Plano East drives inside Coppell territory late in the first half, only to come away without any points. The Panthers pushed a 37-yard field goal wide left on that first drive and a last-minute drive fell way short of the end zone.

Coppell nearly added to that lead after sophomore Luca Grisoli returned the opening kickoff of the second half 90 yards to the Plano East 7. But the Panthers came away with a goal-line stand after denying the Cowboys the end zone on three straight running plays.

Prince proceeded to lead the Panthers on three scoring drive. Senior Xavier Franco, filling in for Mahdi, ran in from 3 yards out to get Plano East on the board with 3:13 left in the third quarter.

After Radicic booted a 34-yard field goal to pad Coppell’s lead to 27-7, Plano East responded with a 1-yard burst up the middle by Franco and on 4th and 6 with 24 seconds remaining in the ballgame, got a 6-yard touchdown pass from Prince to sophomore Caden Warner to cut the lead to 27-21.

“It’s been a battle all year long, but it’s part of it,” said Joey McCullough, Plano East head coach. “Our kids have found a way to compete all year. That’s why I really like this group. We’ve got a young group. But being down the five players that were not here, Elijah Prince, who was moved up off the JV, did a fantastic job. And my man, Xavier Franco, did a bang-up job at running back tonight.”

Prince was brilliant in defeat, completing 20-of-33 through the air for 189 yards. Franco rushed 20 times for 140 yards and a pair of scores.

But Darkoch proceeded to recover the onside kick and Coppell was able to run out the clock.

Coppell will face Flower Mound at 7 p.m. next Friday at Neil Wilson Stadium with a playoff berth to be earned by the winner of that game. Plano East will host Flower Mound Marcus at David Kimbrough Stadium in the regular-season finale for the Panthers.

“It’s great that you control your own destiny,” DeWitt said. “I think that it will definitely motivate the kids. We certainly have a lot to play for next week.”