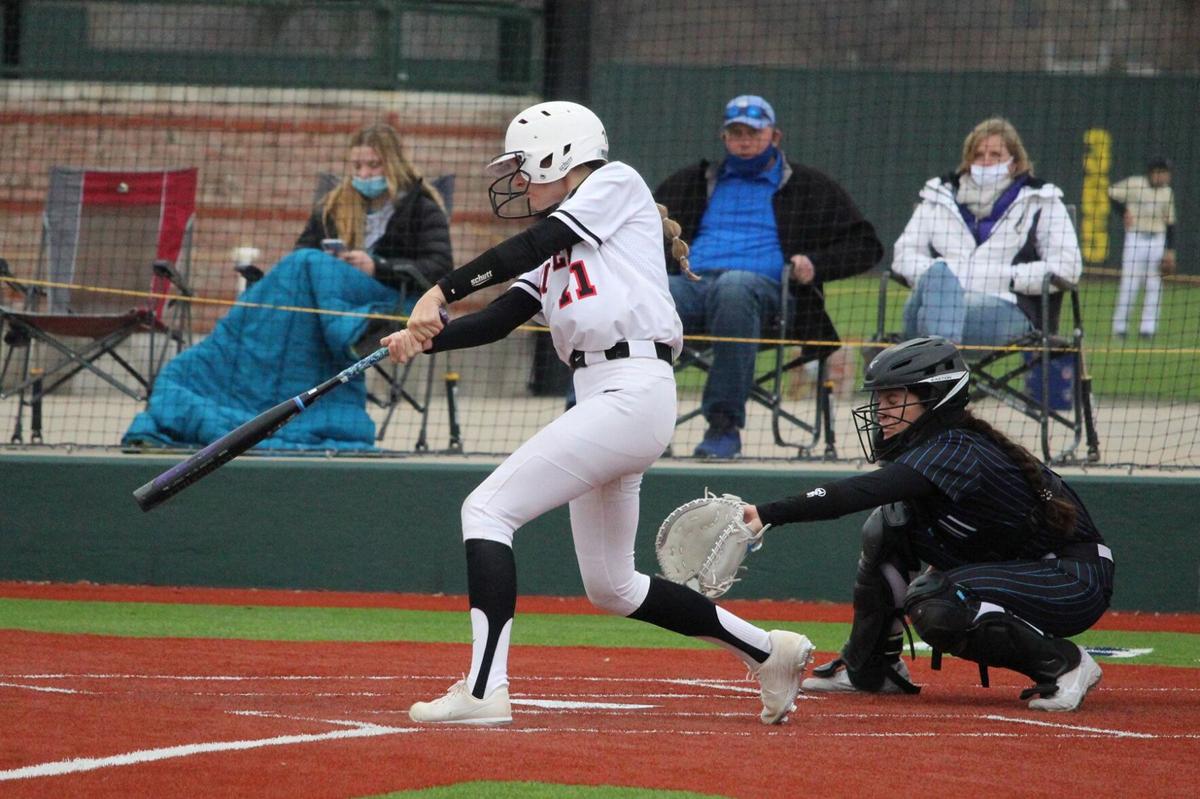 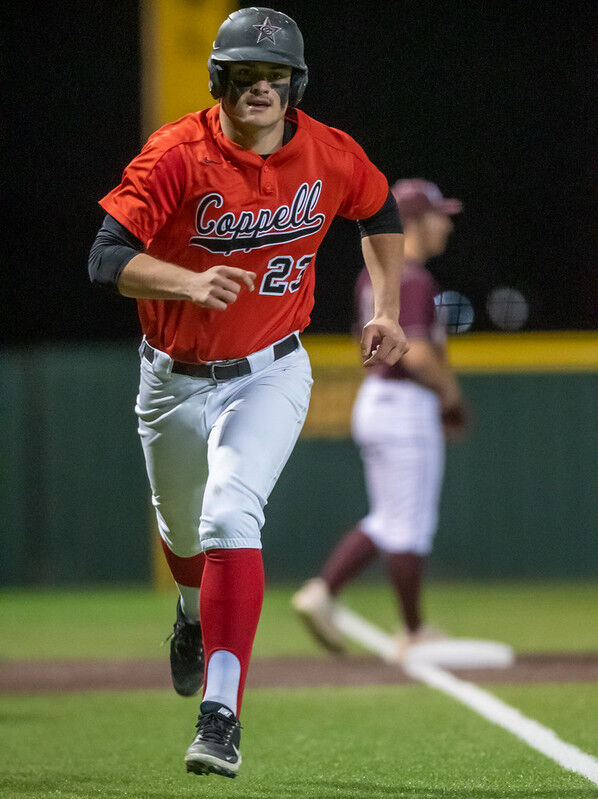 The Coppell baseball and softball teams continued District 6-6A play Tuesday night, with the Cowgirls cruising to an 18-3 win against Plano East, while the Cowboy baseball squad fell to Plano West, 5-4.

The Cowgirls took a 2-0 lead after the visitor’s half of the third, but the Lady Panthers answered with three consecutive doubles in the home half of the frame to rally into a 3-2 lead.

But, Coppell is also quite capable of hitting doubles.

ElleBelle Zimmerman ripped a two-out double in the top of the fourth to tie the game at 3-3.

It was all Cowgirls from that point on.

Coppell scored 15 runs over the game’s final three innings, highlighted by an eight-run top of the seventh.

Reagan Stange clubbed a two-run home run in the top of the fifth to put the Cowgirls on top for good. Katherine Miller recorded a two-run round-tripper of her own in the sixth inning. Dafne Mercado and Michaella Baker hit an RBI single and a two-run double, respectively, in the seventh inning to cap off the 18-run performance by Coppell.

Miller was the winning pitcher. She allowed three runs on six hits with seven strikeouts.

It was the second straight double-digit win for the Cowgirls. They cruised to a 10-0 shut-out of Lewisville on March 19. Miller struck out six and allowed just one walk. Baker and Zimmerman powered Coppell’s offense with three hits apiece.

The difference in the game was a three-run top of the third for Flower Mound.

In baseball, Coppell nearly came away with a victory of its own Tuesday.

The Cowboys led the Wolves 4-2 after scoring three runs in the home half of the fifth. Will Rodman doubled in the first two Coppell runs of the frame, and two batters later, Bradley Castillo ripped an RBI single into right field.

West was quick to answer.

Brian Hallum led off the top of the sixth with a solo home run. Four batters later, Jack Raecek hit a go-ahead, two-run single, which gave the Wolves a 5-4 lead.

Will Boylan pitched 1.2 inning of scoreless ball in relief of Chayton Krauss, who tossed the first 5.1 innings. Boylan didn’t allow a hit and struck out two.

The rematch occurred Friday and Coppell took out some frustration.

Tied 1-1 after the first inning, the Cowboys made a statement in the second inning. Behind RBI singles by Timothy Pompey and Chayton Krauss as well as a pair of errors committed by West, Coppell cruised to a 13-3 run-rule win in six innings.

Rodman powered the Cowboy offense with a perfect four-for-four performance at the plate and scored three runs. Rodman and Ryan Walker each had three hits. Coppell finished with 15 hits.

Prior to losing to Plano West and a 3-2 affair to Plano on March 19, the Cowboys had been on a tear. Coppell had emerged victorious in 11 of their 12 previous games, including an 11-4 triumph against No. 10 Keller on March 12.

Coppell’s win over Keller highlighted a stretch of play in which the Cowboys edged McKinney, 3-2, and rallied to take down Southlake Carroll, 8-6.

Carroll led the March 13 game 5-2 after three innings but the Cowboys rallied with four runs in the fifth inning and two more in the sixth.

Tanner Sever clubbed an RBI double to cap off a big fifth inning to put the Cowboys ahead for good. Sever and Tony Vernars combined to go 4-for-6 at the plate with five RBI.

Sam Rodman and Ryan Tompkins were brilliant in relief. Rodman pitched the fourth and fifth innings and allowed just one run on two hits. Tompkins held the Dragons without a hit over two innings of scoreless work with three strikeouts to slam the door on Carroll.