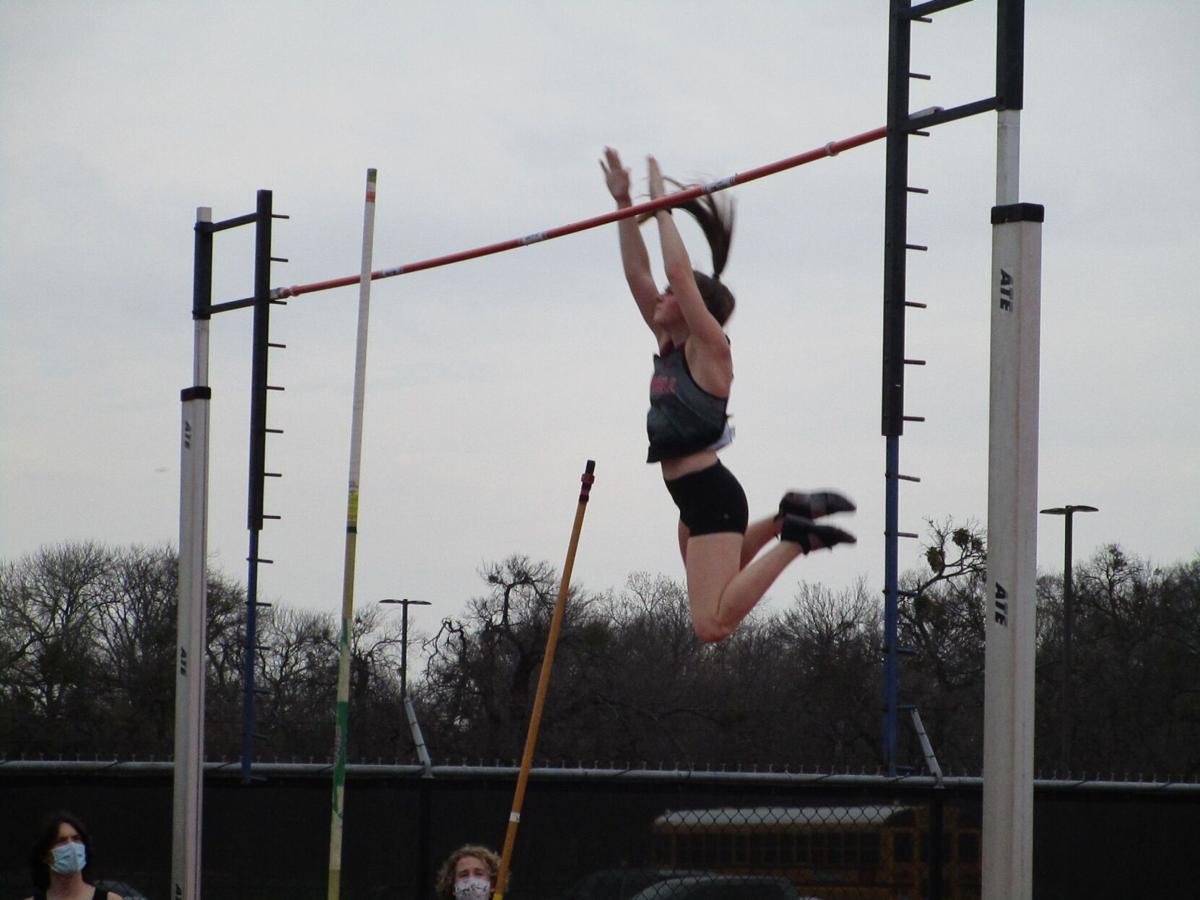 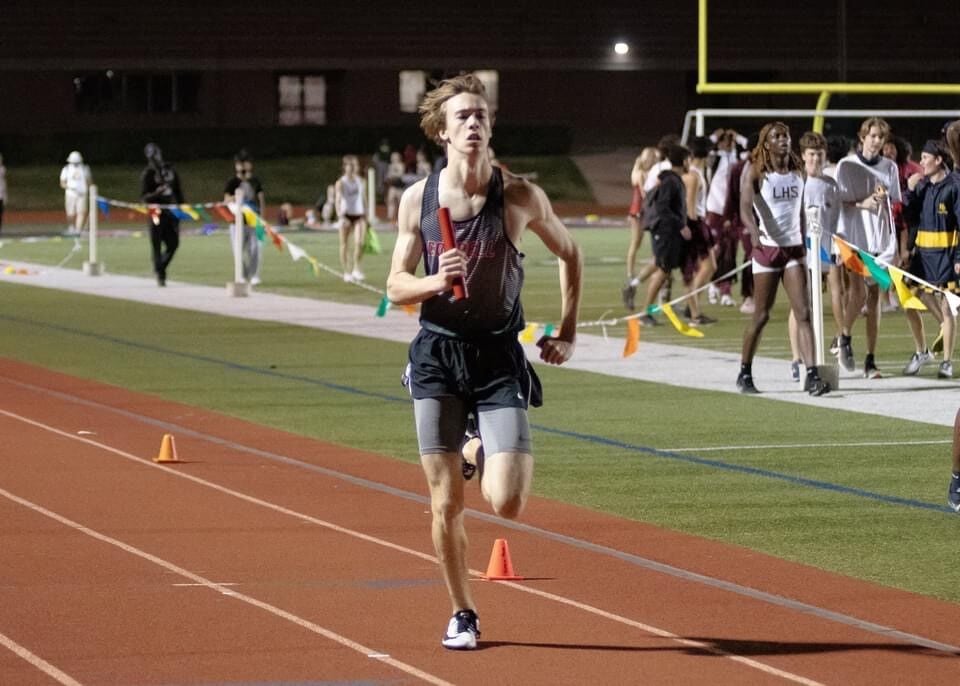 Coppell junior Wesley Arnold runs one leg of a relays March 11 at the Coppell Invitational. Arnold won the boys 400-meter dash with a PR of 51.6.

Coppell junior Wesley Arnold runs one leg of a relays March 11 at the Coppell Invitational. Arnold won the boys 400-meter dash with a PR of 51.6.

The Coppell girls track and field team hit all the right notes March 11 at the Coppell Invitational, with the Cowgirls scoring more than enough points to win the team title. The Cowboys finished in the boys’ team standings.

Schuller broke her own school records in the pole vault (13-6) and 100-meter hurdles (14.42), all part of a day in which she won five events at Buddy Echols Field. In addition to smashing two school records, she struck for gold in the long jump, 300 hurdles and the 4x100, where she teamed with sophomore Waverly Hassman, and seniors Morgan Colon and Emma Sherrer.

“She’s got some pretty lofty goals, and I think that she can get there,” Coppell girls coach Nick Benton said of Schuller. “We’re buying a whole bunch of poles and she goes right through them. Every time she goes up a height, she has to go up a pole length and a weight. We just purchased a couple of more poles and are waiting for them to come in.”

Schuller was just one of several Coppell athletes who helped the squad to dominate in the pole vault. In fact, the top three finishers in the girls pole vault were all Cowgirls. Schuller placed first, junior Kinley Wojick took second and senior Veronica Turner earned bronze.

Coppell was just as impressive in the boys division of the pole vault. Senior Gabe Sosa, junior Michael Nance and senior Reese Pokluda continued to display impressive heights as all three Cowboys recorded personal-best marks at their home track meet, clearing 15-6, 15-0 and 15-0, respectively.

“(Coach Don) Kemp does a great job with the pole vaulters,” Benton said. “Marcus has a really good program, too. We’ve been at a couple of meets and our boys have done great, but it doesn’t show in the standings. Gabe Sosa is getting close to 16 feet. But, they have some really good vaulters at Marcus.”

Sosa was also part of the winning 4x200 team, along with junior Charlie Barker, senior Will Malcom and sophomore Braxton Myers.

Hassman had an impressive week on the track with a personal record and win in the open 400 at 58.85. She also anchored the 4x400 and earlier in the meet, teamed with Colon, her sister, Chloe, a senior, as well as senior Reezon Eke to win the 4x800.

Coppell is scheduled to travel to Euless on March 25 for the Trinity Relays.