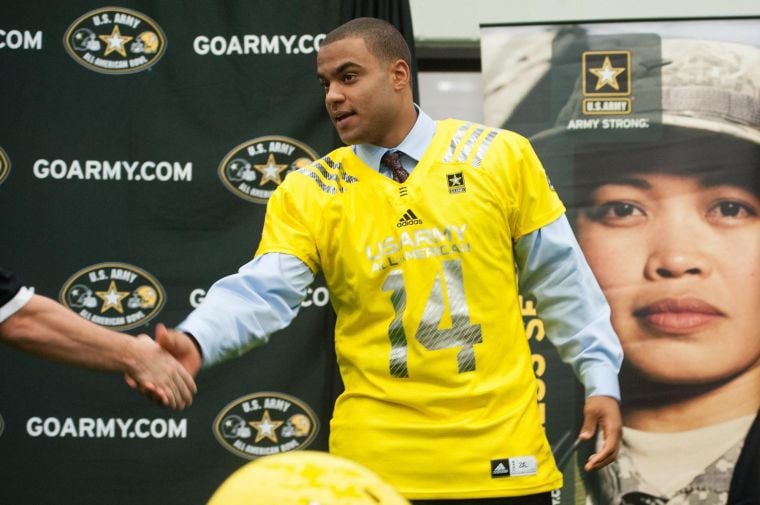 Coppell alum Solomon Thomas played his college ball at Stanford before being selected with the No. 3 pick of the 2017 NFL draft. 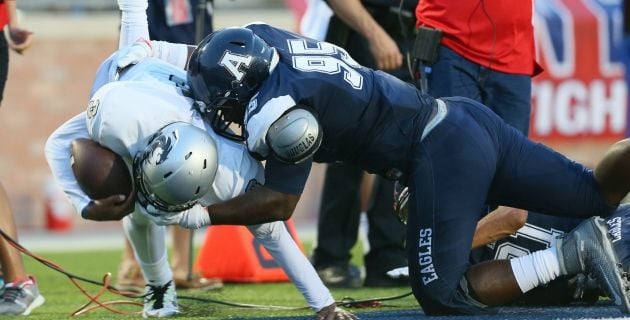 Allen alum Levi Onwuzurike earned all-state honors and captured a state championship during his days as an Eagle. 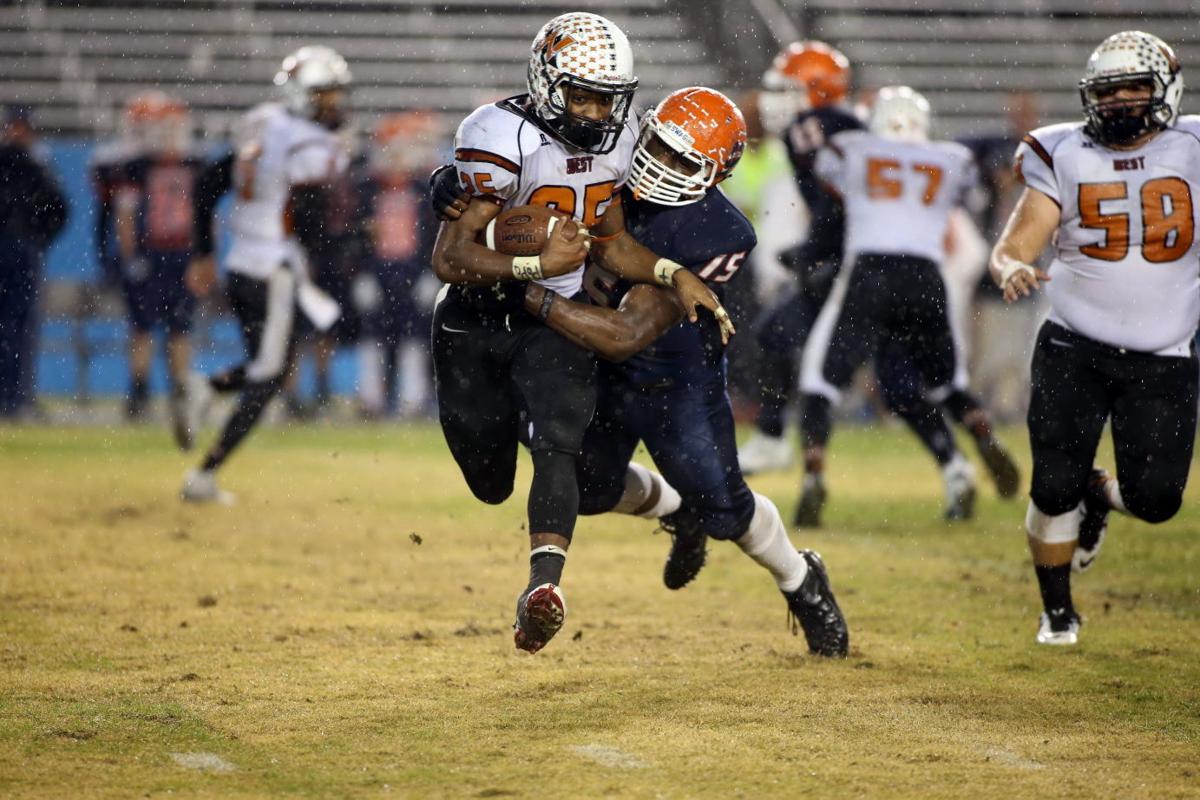 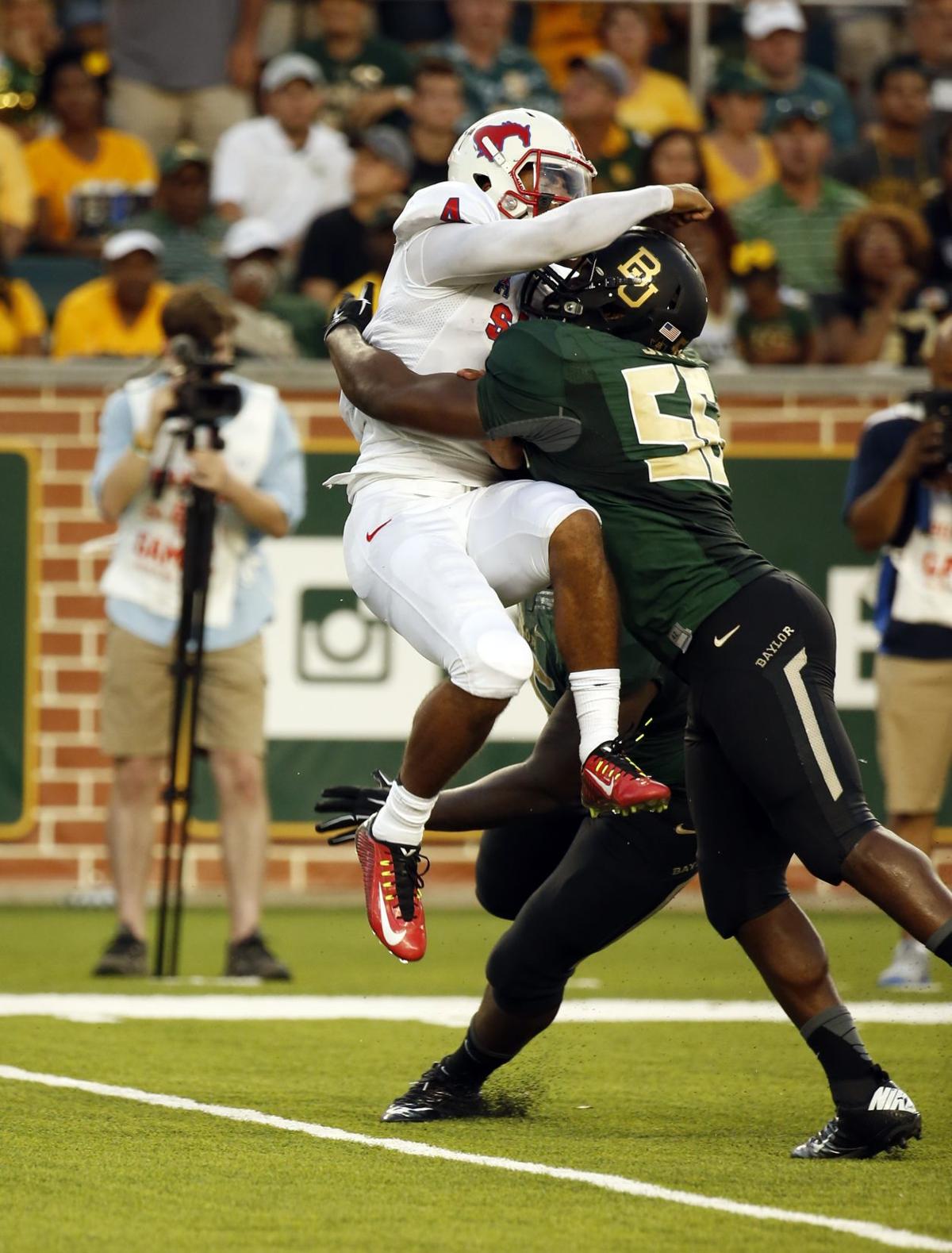 Coppell alum Solomon Thomas played his college ball at Stanford before being selected with the No. 3 pick of the 2017 NFL draft.

Allen alum Levi Onwuzurike earned all-state honors and captured a state championship during his days as an Eagle.

Throughout the summer, Star Local Media will recognize some of the premier football players from the Metroplex with its inaugural all-decade team. Players eligible for consideration must have played at least one season between 2010-19 for one of the high schools within Star Local Media’s coverage area: Allen, Carrollton, Celina, Coppell, Flower Mound, Frisco, Lake Cities, Lewisville, Little Elm, McKinney, Mesquite, Plano, Rowlett and The Colony. This is the sixth of a multi-part series, continuing with defensive linemen.

Coppell head football coach Mike DeWitt knew that Thomas would be a special player the first day the Cowboys were in pads for fall practice in 2010.

Although Thomas was moved up to varsity for the playoffs as a freshman, the following three seasons helped to elevate the 6-foot-3, 254-pound defensive end into one of the nation's top prospects.

Thomas recorded 167 tackles and 21 sacks in his final two seasons as a Cowboy, earning District 5-5A defensive player of the year honors and a pair of all-state selections.

Thomas signed with Stanford where he made a big splash as a sophomore and went on to finish his college career as a two-time All-Pac 12 selection with 101 tackles and 11.5 sacks in 27 games. He was awarded the Morris Trophy in 2016, which is presented to the nation's top offensive and defensive linemen.

Picked by the San Francisco 49ers with the third overall pick in the 2017 NFL Draft, Thomas helped the Niners to an appearance in Super Bowl 54 against the Kansas City Chiefs.

During the 2015 season, multiple coaches in District 6-6A said Allen’s defensive line was the best they had seen at the high school level. Players like Onwuzurike were a big reason why.

Onwuzurike was named the district’s defensive player of the year that season and later earned an all-state first-team nod to cap a banner senior campaign. That year, Onwuzurike overwhelmed opposing linemen to the tune of 53 tackles, 8.5 sacks and 10 quarterback pressures as the key cog in Allen’s vaunted defensive front.

Adding some punch on special teams as well with a knack for blocking kicks, Onwuzurike gradated as one of the country’s top defensive end prospects and has lived up to that billing at the college level, recently posting an All-American honorable mention season at Washington.

The most dominant defender in McKinney North history, Madubuike he routinely made plays in opposing backfields for three seasons.

As a junior, Madubuike racked up 75 tackles, including 35 for a loss, and 16.5 sacks to morph into one of the country’s most sought-after prospects — tabbed a five-star recruit by Scout.

As a senior, Madubuike was selected to play in the 2016 U.S. Army All-American Game before going on to College Station and gaining All-SEC honors as a redshirt junior for Texas A&.

In April, the Baltimore Ravens selected Madubuike with 71st overall pick in the third round of the 2020 NFL Draft.

Smith burst onto the scene in 2010 to win 9-4A defensive sophomore of the year honors. It was merely a sign of things to come, as Smith was named first-team all-district and honorable mention all-state during his junior campaign after he recorded 89 tackles and 13 sacks.

Smith closed out his Centennial career in style, as was tabbed the 9-4A defensive player of the year and a TSWA first-team all-state honoree as he registered 102 tackles, 21 sacks, 22 quarterback hurries, six forced fumbles and a safety for a 12-2 regional finalist squad.

Smith took his talents to Baylor, where he was named a Freshman All-American and to the All-Big 12 first team as a junior — also appearing on the Bednarik and Nagurski Trophy Watch lists prior to having his career derailed by injuries during his senior season.

Named the 5-4A defensive sophomore of the year in 2012, it was the start of a stellar three-year career at Lake Dallas for Tauaefa, who recorded 204 tackles (56 for loss), 61 quarterback hurries and 13 sacks and was named defensive player of the year as a senior and junior.

That dominance carried over into college at Texas-San Antonio, where he recorded a school-record 115 tackles on his way to first team All-Conference USA, the conference freshman of the year. Tauaefa also became the first UTSA player to be named a Freshman All-American.

The New York Giants signed Tauaefa as an undrafted free agent in April 2019.

Wood was named to the all-district first team in each of his final two seasons with the Eagles. After a breakout season in which he had 99 tackles, 32 for loss, and eight sacks, he followed that up with a senior campaign that resulted in 115 tackles, 12 for loss, 10 sacks and nine quarterback pressures on his way to all-state recognition.

During that time, Wood reinvented himself by doubling as a long snapper. That proved to be a wise choice, as he played the position for New Orleans from 2017-19 and signed a four-year extension in March.

Capra was instrumental in leading the Eagles to the Class 3A Division II state championship in 2013, fortifying the defensive line with a monster senior campaign that included 154 tackles — 26 for a loss — as well as four sacks on his way to all-state first-team honors.

Capra, who was also a standout wrestler in high school, tallied 12 tackles and a sack in Argyle’s title win over Fairfield that season before embarking on a college career at Air Force.

Palmer was a two-time all-state defensive lineman after being named honorable mention in 2011.

After totaling 113 tackles as a junior, the talented lineman recorded 64 tackles, 25 for loss, six sacks, seven forced fumbles, two fumble recoveries and a blocked field goal in 2011 to lead Boyd to an 8-3 record as a senior.

At Baylor, Palmer was a two-time All-Big 12 defensive end and helped lead Baylor to the most successful four-year span in school history, which included conference championships in 2013 and 2014.

The Colony fielded one of its most talented senior classes in school history in 2019.

One of four NCAA Division I signees, Moore, bound for the University of Louisiana at Monroe, was the anchor along the defensive line for a Cougars team that finished last year with a record of 8-3 and qualified for the playoffs for a school-record seventh season in a row.

Rolland-Jones is a textbook example of a late bloomer. He did not make an impact with the Skeeters until his all-state senior season when he recorded 64 tackles and ranked in the top five in the state with 13 sacks and 25 tackles for loss as he was named the 12-5A defensive MVP.

Rolland-Jones’ sharp learning curve continued at Arkansas State, where he was a four-time all-conference selection and finished his college career with 43.5 sacks, which ranks third in NCAA Division I history, and 65 tackles for loss, which ranks ninth all-time.