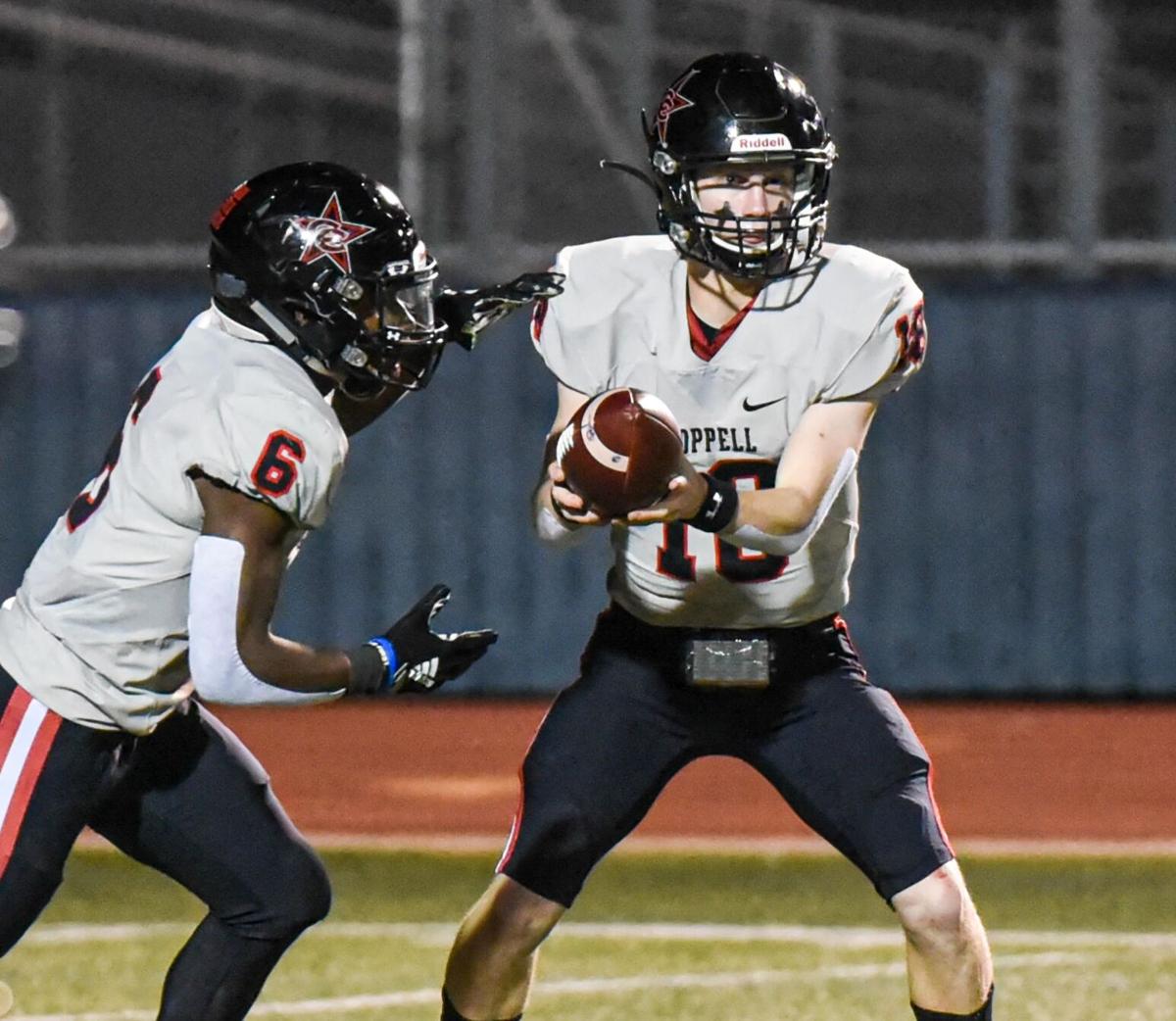 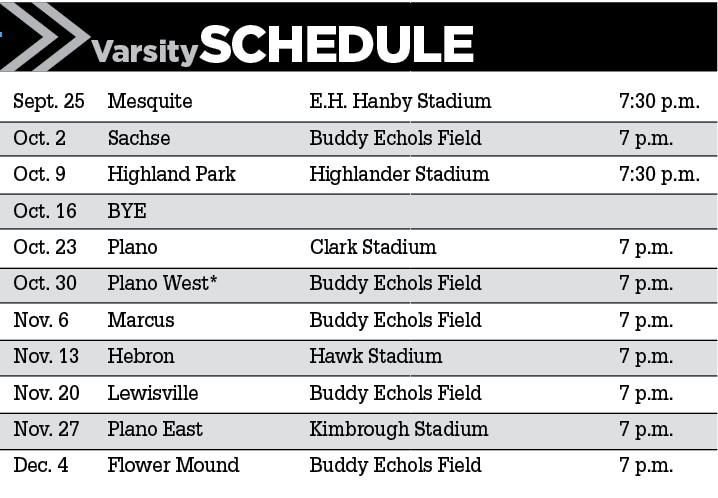 Coppell was a young and inexperienced team a year ago.

There were several games that the Cowboys fielded 11 first-year starters with at least four being sophomores – in a game at Marcus, Coppell had six players in their starting lineup who were sophomores.

Coppell finished with a record of 4-6 and missed the playoffs for the first time since 2011.

Despite a losing season, the Cowboys found some future stars.

Junior wide receiver Anthony Black, a multi-sport standout that currently has at least 11 Division I offers in football and more than 11 for basketball, is a reigning first-team all-district selection after a sophomore campaign in which he went for 859 receiving yards to go along with nine touchdowns.

Coppell will also count on junior Dylan Nelson and seniors DJ Kiselak, Gavin O’Steen and Will Malcolm in the receiving corps, as well as fellow senior KJ Liggins. Liggins, who transferred back to Coppell after playing for Denton Guyer.

Senior quarterback Ryan Walker was forced into game action a year ago after Kevin Shuman after Shuman went down to injury. Walker proceeded to throw for 1,446 yards and 14 touchdowns against just three interceptions.

Returning on the offensive line will be returning center and senior Febechi Nwaiwu and junior Alvin Ebosele.

Leading the Cowboys’ rushing attack will be senior Jason Ngwu, a reigning all-district second-team selection who led the Cowboys in rushing yards (843) a year ago to go along with seven touchdowns.

On defense, the Cowboys will again run a 3-4 base cover scheme.

Junior inside linebacker Walker Polk, a Baylor commit in baseball, is fresh off an 86-tackle campaign and will be joined at linebacker by senior Tim O’Hearn and junior Jack McAdams.

The secondary will be comprised of seniors Zach Stricker and Gavin Osteen, and junior Jack Barker.

A year ago, Coppell’s Anthony Black led the Cowboys in receiving yards with 859 on just 47 receptions to go along with nine touchdowns, earning a spot on the District 6-6A first team. In a game against Flower Mound, Black finished with 228 receiving yards and two touchdowns. A 3-star prospect by 247Sports in both football and basketball, Black, a junior, has received 12 Division 1 offers to play football and 12 more for basketball.