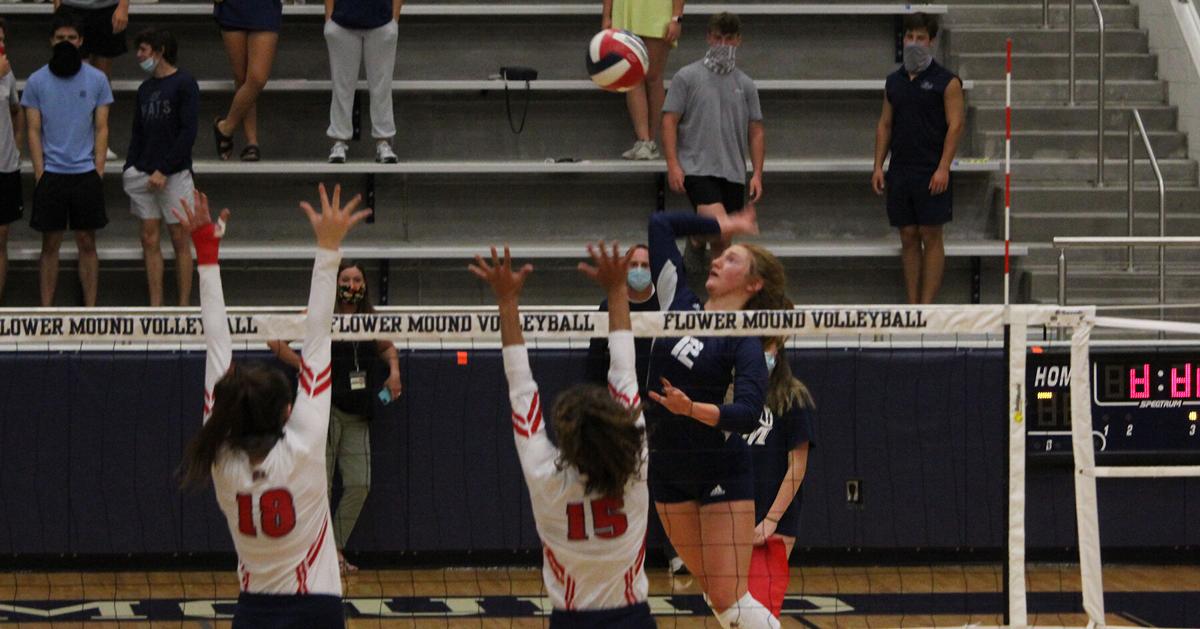 Flower Mound senior Angelique Cyr looks to fire the ball around the hands of two defenders. Cyr and the Lady Jaguars won their third consecutive district title after earning a sweep of Coppell on Saturday afternoon. 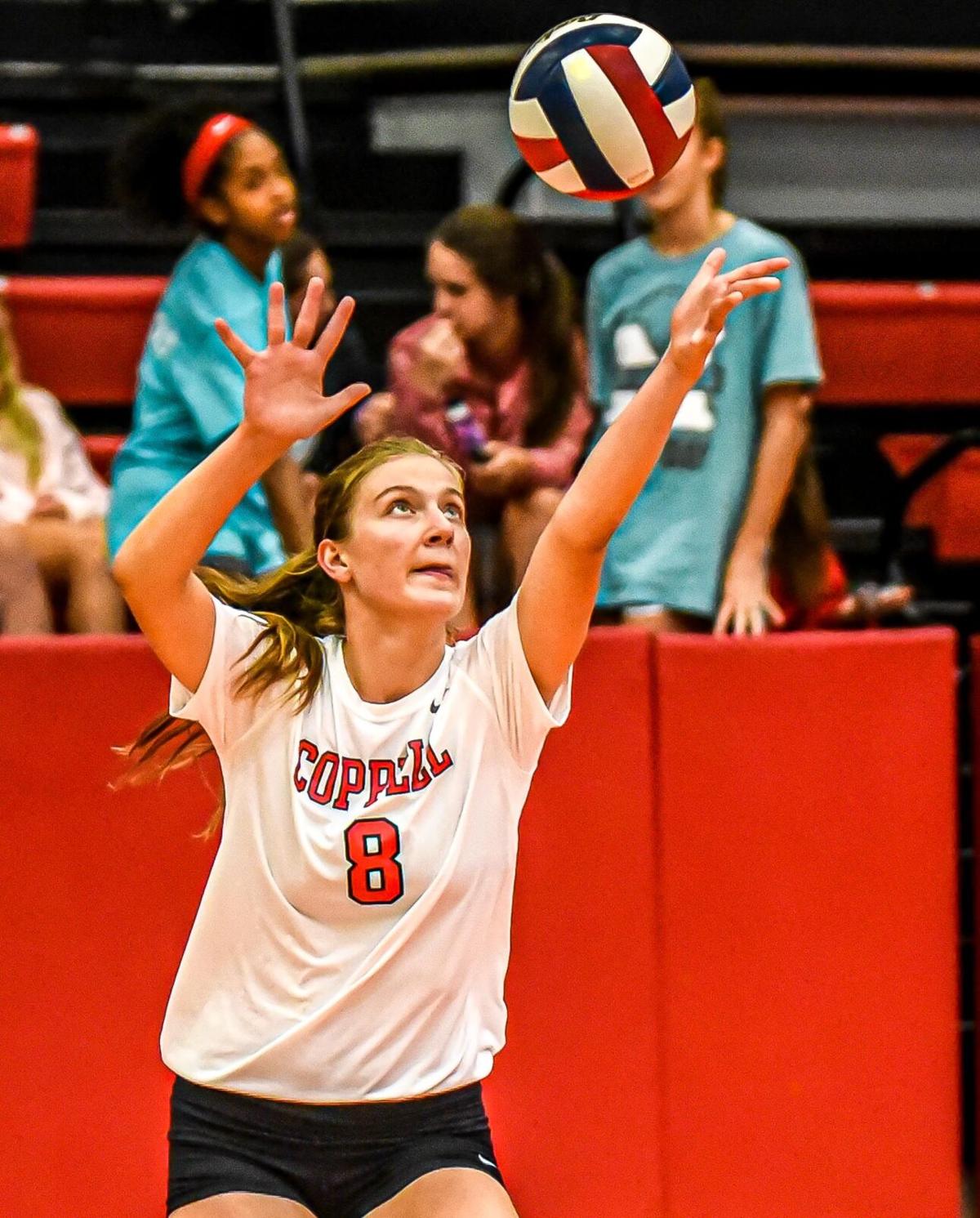 Coppell junior Haley Holz serves during a match in 2019.

Flower Mound senior Angelique Cyr looks to fire the ball around the hands of two defenders. Cyr and the Lady Jaguars won their third consecutive district title after earning a sweep of Coppell on Saturday afternoon.

Coppell junior Haley Holz serves during a match in 2019.

FLOWER MOUND -- Coming into Saturday afternoon's regular-season finale, Flower Mound's volleyball team had already earned at least a share of the District 6-6A title. But, the Lady Jaguars aren't one for sharing.

The Lady Jaguars would have earned a share of the district title with Plano West had they lost to the Cowgirls because both teams would have had two losses in league play, including a split of the season series.

But, Flower Mound (16-1 overall, 13-1 district) took care of business Saturday, meaning the Lady Jaguars are outright district champion for the third straight season -- the first of which in 2018 propelled Flower Mound to a state title.

Saturday's win earns the Lady Jaguars a No. 1 seed in the Class 6A playoffs, which begin Thursday evening. Flower Mound will take on either McKinney or Allen in the bi-district round that night at The Colony. The Lions and Eagles will play Monday night to break the tie for fourth place in District 5-6A.

Despite the loss, Coppell (15-10, 8-6) is also a playoff qualifier. The Cowgirls will be a No. 4 seed and are set to battle District 5-6A champion Prosper in the first round at 7 p.m. Friday at Frisco Heritage.

"I think a fourth-place team in a district can certainly beat a first-place team in another," said Julie Price, Coppell head coach. "There's a lot of good teams that aren't going to the playoffs this week. I do think anything can happen once you get there."

Fresh off a five-set thriller the previous night against defending state runner-up Plano West, Coppell wasn't able to carry over the energy from that match into Saturday afternoon's showdown against Flower Mound.

The Lady Jaguars made sure of that from the onset, with senior Caroline Dykes and junior Megan Farris spreading the wealth all over the Flower Mound side of the set. Four different Lady Jaguars totaled at least one kill in the first set -- in addition to the usual firepower from seniors Kaylee Cox and Angelique Cyr, the Lady Jaguars got fellow senior Hailey Hutchings involved on the attack early as well. Hutchings totaled four kills and a service ace in the opening frame.

"They're doing a great job as far as spreading it out and not allowing anybody to key in on one person," Siegel said.

Coppell didn't back down, with senior Madison Gilliland and junior Abby Hendricks tallying a kill apiece to lead the charge early in the second set. The Lady Jaguars continued to hit the ball with efficiency, though the Cowgirls had an answer. Junior Haley Holz followed with an ace and a kill to put Coppell ahead 7-6.

Flower Mound's defense proceeded to put the clamps on Coppell's offense, digging out just about every ball the Cowgirls hit onto their side of the net. Coppell scored just four points for the remainder of the set.

Cyr was one of several Lady Jaguars who stepped up on defense and she also continued to make significant contributions on offense, notching four more kills in the second set. Six different Flower Mound players had at least one kill during the frame.

"We've been focusing a lot on playing disciplined defense and focusing in on what we can do and the adjustments that we need to make," Siegel said. "It's not focusing on the other side of the net. It's like, 'What do we need to do to help us be successful?' If we do that, everything will take care of itself."

Coppell capitalized on a few errors by Flower Mound as well as a kill each by Holz and sophomore Skye La Mendola to take a 7-6 lead. But, that advantage didn't last long.

The teams continued to exchange points until three straight kills by Cox allowed Flower Mound to gain a stranglehold on not just the match, but also the district title.