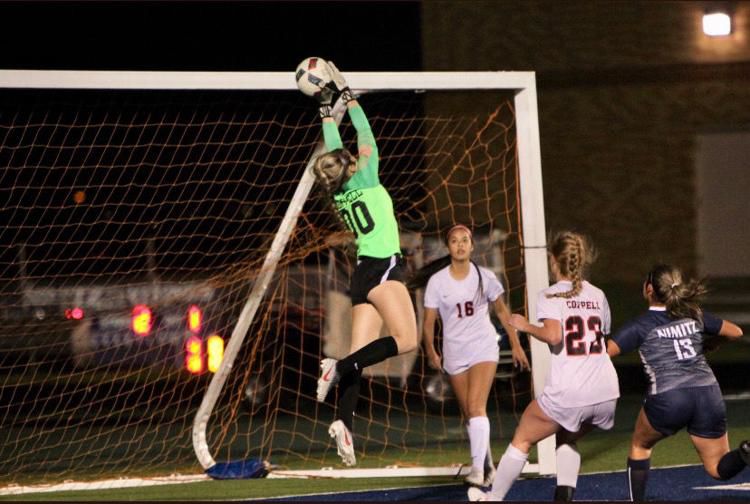 Lauren Kellett, heading to TCU, is one of the Coppell seniors who may not get a Senior Night. 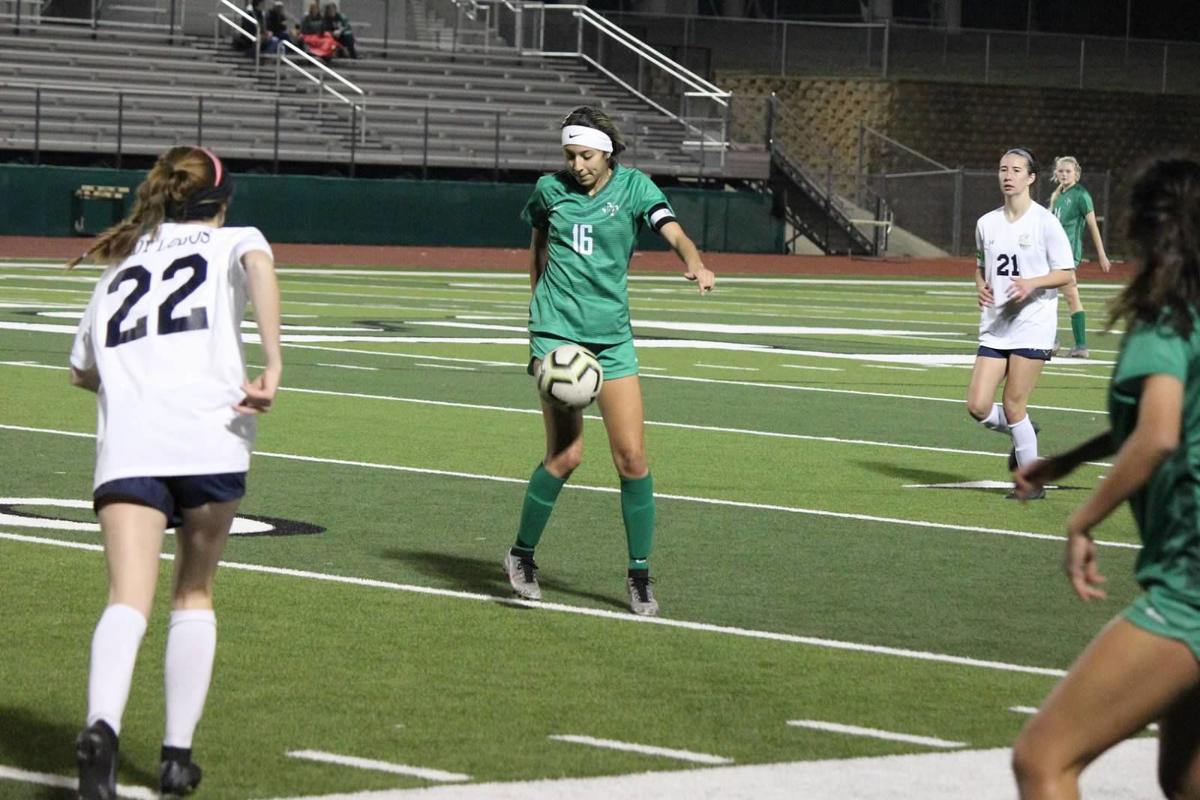 Karina De Paoli, heading to Arkansas-Little Rock, is one of the Lake Dallas seniors who may not get a Senior Night. 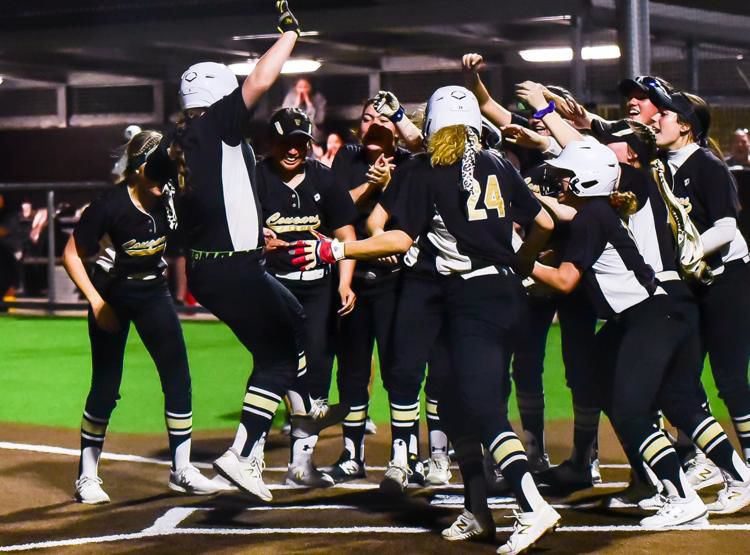 Jodee Duncan and other The Colony seniors hope to still have a Senior Night.

Lauren Kellett, heading to TCU, is one of the Coppell seniors who may not get a Senior Night.

Karina De Paoli, heading to Arkansas-Little Rock, is one of the Lake Dallas seniors who may not get a Senior Night.

Jodee Duncan and other The Colony seniors hope to still have a Senior Night.

With high school sports in Texas currently suspended and no clear timetable for a return following the latest UIL announcement, many are left wondering if this is the end.

Right now, the seasons in some winter sports and all spring sports are left in limbo. So are the careers of the seniors, who hope to see their careers finish the way they always envisioned when they were growing up.

Instead, nobody knows if and when sports will return. The UIL originally said the earliest games could resume is May 4, but that date is out the window after an announcement to amend that decision and extend the previous timeline for an unspecified amount of time.

If the seasons do come to an end, here are some of the things I would miss the most.

I did get to cover a couple of Senior Nights for the Coppell and Lake Dallas boys soccer teams, but they are only some of the few teams out there among the soccer world – and the remaining sports world — to go through that.

Senior Night is always a spectacle. Seniors are honored before the game, walking with their parents, siblings and anyone else in the family who tags along. They get to celebrate everything they have accomplished up to this point and revel it in with some of their best friends they grew up with, their family and their coaches.

If some seniors do not get the chance to celebrate a Senior Night, that will be an emotional piece of news for everyone to grasp, but I guarantee teams would do whatever they can to celebrate those seniors via social media and any other means possible.

The postseason is always magical time in sports, particularly at the high school and collegiate levels.

In many instances, it is a win-or-go-home scenario, providing an intensity that mirrors that of March Madness in college hoops. In soccer, one win means you are moving on and a loss spells the end of the season and perhaps the end of careers for some.

And a number of local soccer teams were amidst successful seasons, spanning all the way from The Colony up to Lake Dallas.

At Coppell, both soccer teams are among the best out there. The boys team won six in a row before the break, jumped into second place in District 6-6A and clinched a postseason berth for a 23rdconsecutive seasons. The girls team is ranked No. 20 nationally by TopDrawerSoccer.com and had state aspirations just like the boys.

At Lake Dallas, the two soccer teams are on the verge of a 8-5A sweep. The boys bounced back from a winless non-district start to an unbeaten record in 8-5A play to win their second straight district title. Meanwhile, the girls are just one game away from an outright district crown and have already secured at least a split of the championship.

For baseball, a number of local coaches were embarking on their first seasons at their respective schools. Coppell’s Ryan Howard, formerly the head coach at Lake Dallas, took over a tradition-rich Cowboys program and was looking to earn his team a playoff spot in a tough district. At Lake Dallas, former Colleyville Heritage assistant Chris Haney took over and brought state championship experience. And an experienced team at The Colony was ready to make some noise.

And in softball, teams were riding hot starts and history was on the verge of happening.

Coppell won three in a row and was hitting its stride before the season came to a halt. Lake Dallas was ready to make its first playoff trip since 2016. At The Colony, there was everything ready to be broken, with Oklahoma-bound senior Jayda Coleman – the No. 1 recruit in the country – on the verge of some national records.

There is always something about a postseason in general, no matter what sport it is. Coppell’s track program features one of the top freshmen in the country in Skyler Schuller, who is already one of the top five pole vaulters across the country and has an inside track to potentially breaking the national record when her prep career concludes in a few years.

Now, we are left wondering if the postseasons will ever happen and if these athletes will get a shot at winning a coveted state title.

It’s a simple thing, but the pageantry that resides in high school sports is special.

From football to basketball to soccer to softball and everything else, there is something remarkable about all of the high school sports. Whether there are the bands, the student sections and everything else that is at a game, it all plays into what makes a Wednesday afternoon at the ballpark or a Friday night at the stadium a one-of-a-kind experience.

On top of that, it is especially special in these one-school towns like Coppell, Lake Dallas and The Colony – the three places I cover. Everyone rallies around that one school. When that one school has a game, the whole town shuts down.

The Colony head football coach Rudy Rangel said 10,000 people should be at their homecoming game – nearly 25% of the city’s population - this upcoming fall. That speaks volumes about just how unique it is to have a town with just one high school.

I hope to see these sports resume at some point and watch these athletes represent their communities in the upcoming postseasons. Hopefully the student-athletes get those chances, but if not, don’t let this take away from everything they have already accomplished in their careers.