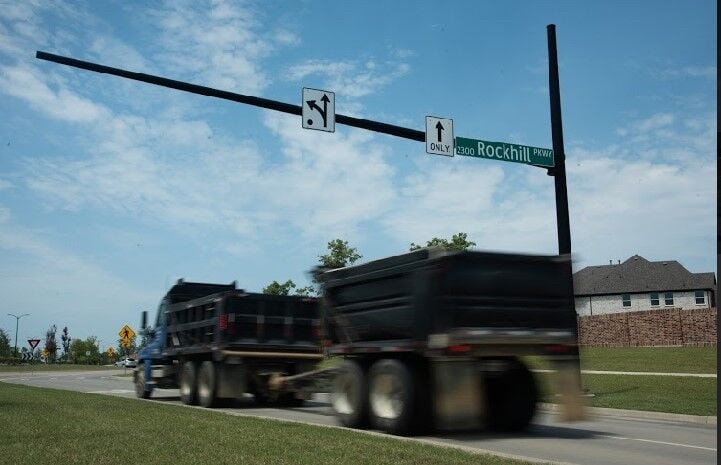 That was where he saw an exhibit highlighting the “lost towns of Frisco.” One of those was Rock Hill, one of the oldest communities in Collin County.

After the railroad bypassed Rock Hill in the early 1900s, most of its residents moved to Prosper.

Rock Hill no longer exists, but parts of today’s Frisco point to the old community, including Prosper ISD’s new high school, located in Frisco, which bears the name Rock Hill High School. In addition, a road that cuts across Frisco was officially named after Rock Hill in 2009.

After a unanimous council vote Tuesday night, most of “Rockhill Parkway” in Frisco will now become “PGA Parkway,” per a request in part from the Professional Golfers’ Association (PGA) of America, which is moving its headquarters to Frisco.

“Being the home of golf in the United States will be one of our most important historical events when people look back 50 to 100 years from now,” Cheney said. “But we’re not erasing Rock Hill.”

The name change stretches from Frisco’s eastern border and through the intersection at Preston Road, near where the Rock Hill community once existed, and ending near where the PGA of America’s headquarters is set to be located on the west side of the city.

The road becomes “Rockhill Parkway” after a roundabout at Teel Parkway in the Denton County part of the city.

Speakers at the meeting spoke against the proposed name change. Frisco Heritage Association President Donna Schmittler said she was not against the PGA of America coming to Frisco.

“But I think our history is very important,” she said.

Multiple speakers asked for the possibility of having an eastern portion of Rockhill Parkway retain its name. Council members said they felt a roadway with multiple names would be confusing.

Councilman John Keating said there were better ways to memorialize the historic community than a street name. Multiple council members mentioned the possibility of naming a park after the community.

Cheney said he had been on the council when the roadway was named after Rock Hill in 2009.

“Before a few months ago, there probably weren’t a lot of people that knew the story of Rock Hill, and that kind of tells you that the road wasn’t telling the story, that that story needed to be told in a different way,” he said.

He said the fact that Prosper ISD had named its only high school in Frisco after Rock Hill was a higher recognition than a street name.

“Rock Hill will never be erased or forgotten in the city of Frisco,” Cheney said. “In fact, it will be on football jerseys and team T-shirts and parent boosters and PTAs, and it will be a constant reminder of the city of Rock Hill and the history here. That is really powerful.”