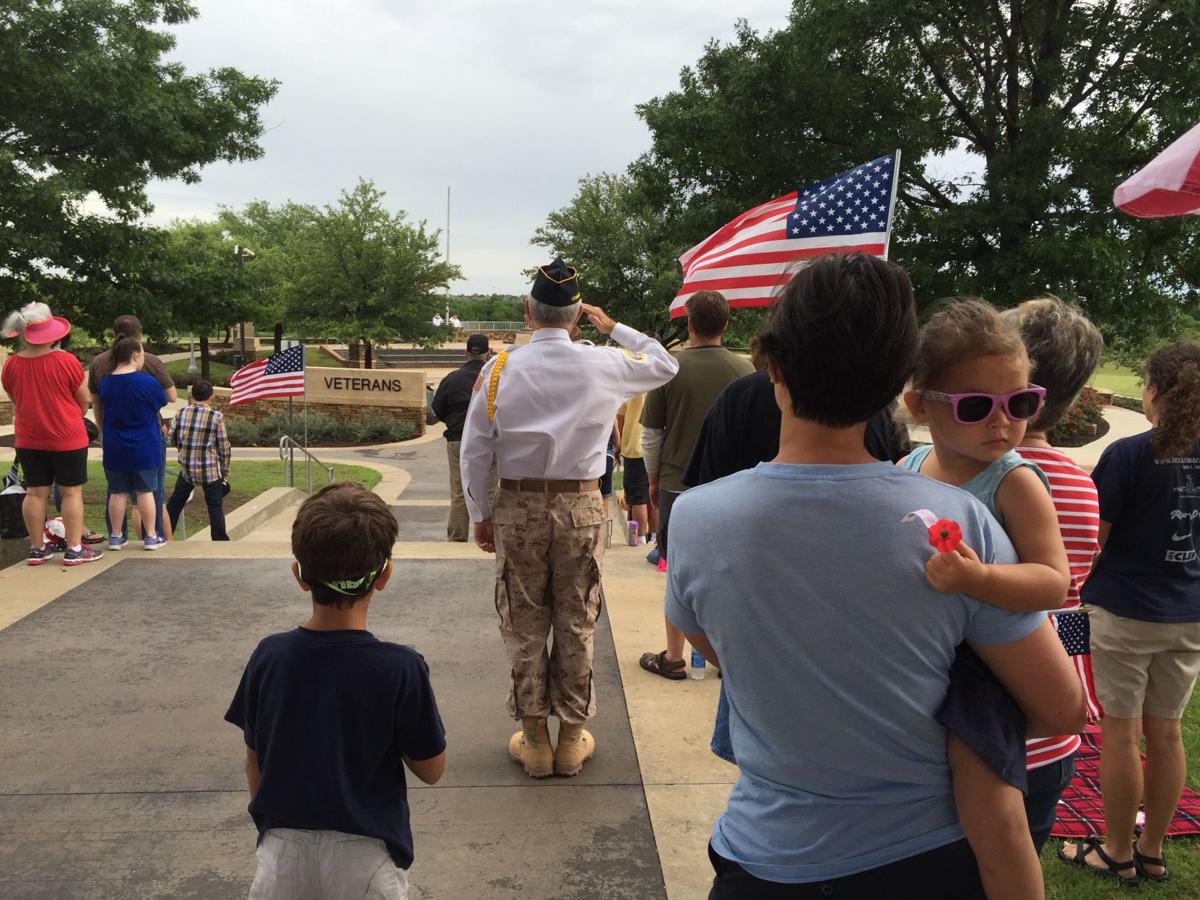 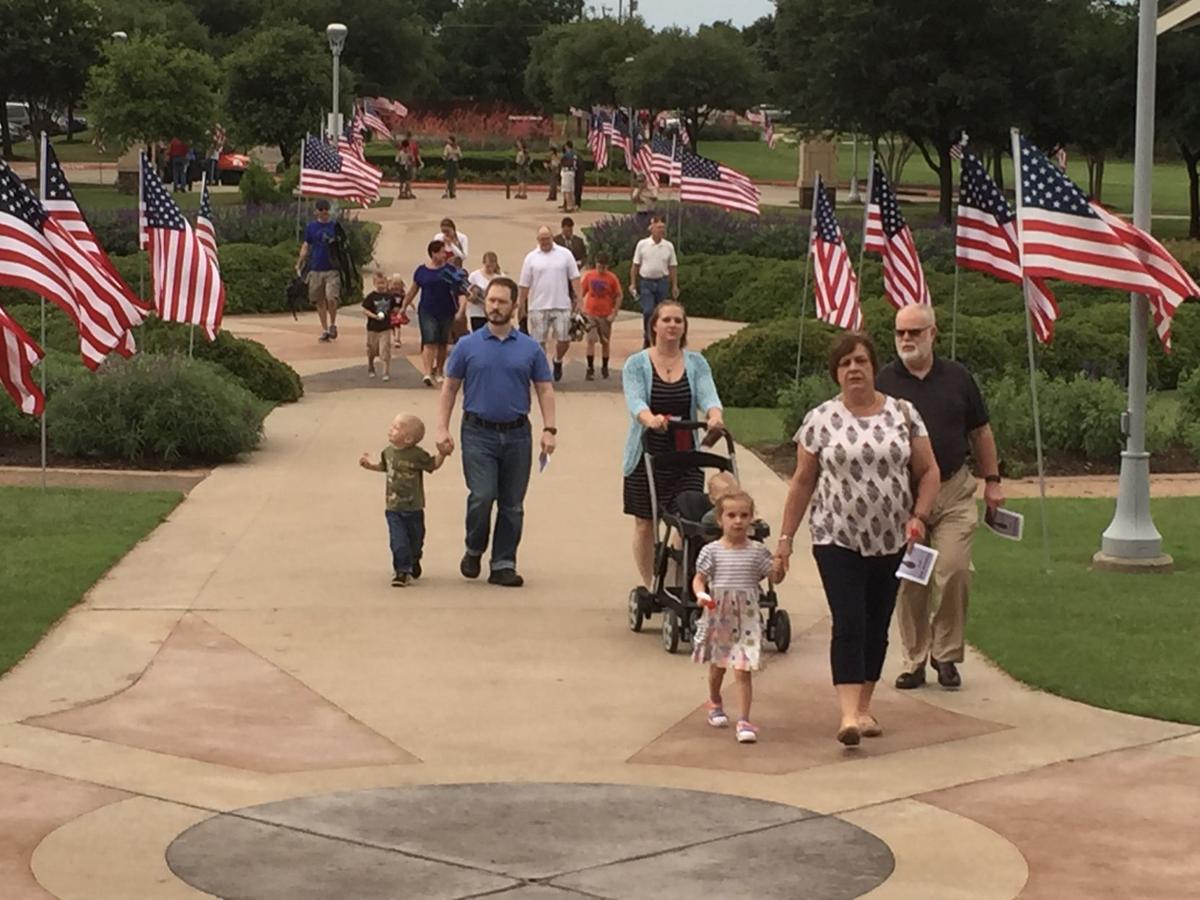 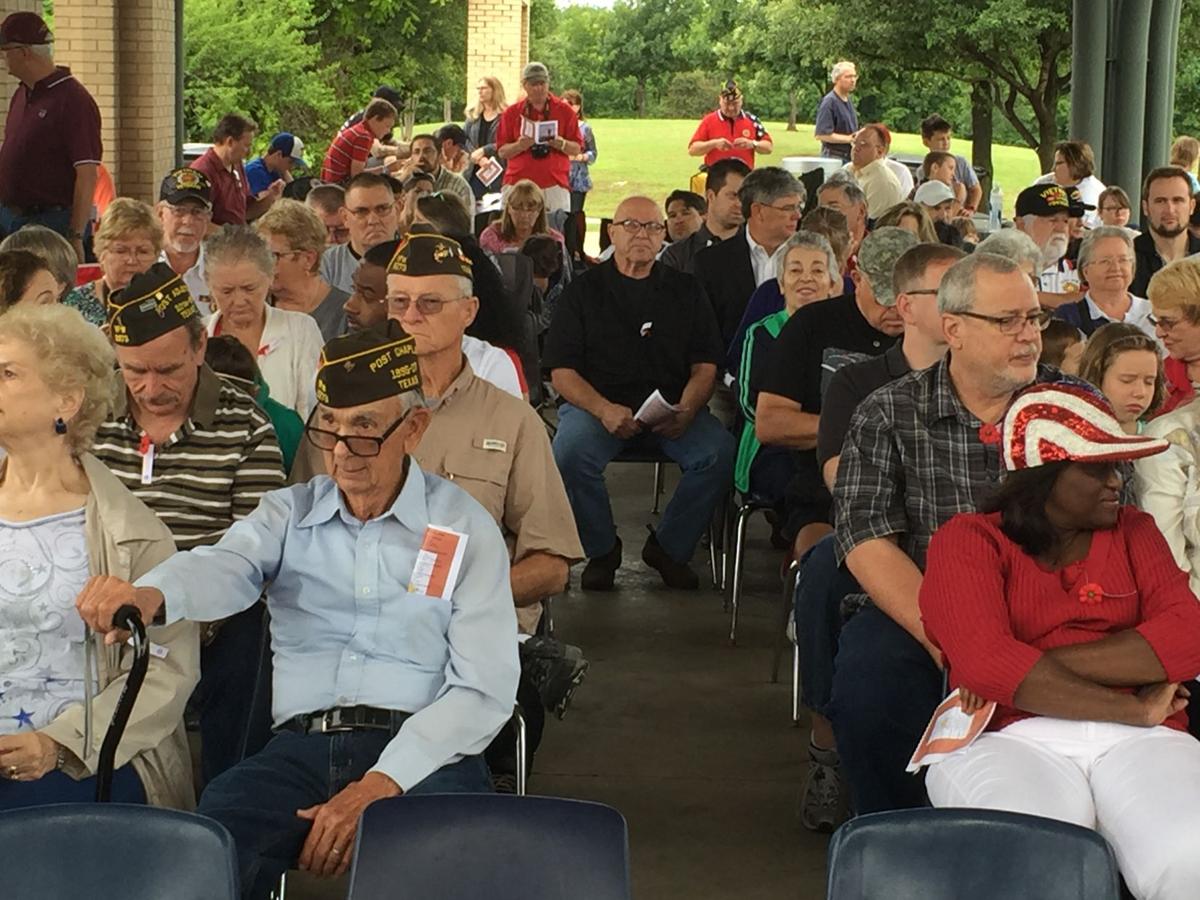 Veterans and others gathering at Frisco Commons Park on Monday to remember those who died while serving in the U.S. military.

Veterans and others gathering at Frisco Commons Park on Monday to remember those who died while serving in the U.S. military.

As an enlisted corporal in the U.S. Marine Corp, Will Sowell never served in combat, never had to pay the ultimate price, so he read names of some who did.

“They didn’t just talk about being patriots,” Sowell said. “They were patriots.”

Sowell, the city’s deputy mayor pro tem, gave the Memorial Day Address during an annual ceremony held in Frisco Commons Park, 8000 McKinney Road, home of the city’s Veterans Memorial, and led by veterans groups with help from Boy Scout Troop 298 and others in the community.

On Monday morning, a few hundred people gathered in and around the large pavilion just up the hill from the memorial, where members of American Legion Peter J. Courcy Post 178 raised the U.S. flag to the top of the pole before lowering it to half-mast.

“For some here it is a very personal day,” noted the Rev. Ray Wilkins, pastor of Lebanon Baptist Church, as he gave an invocation.

“It’s amazing that some people don’t understand what Memorial Day is about other than hotdogs and hamburgers in the backyard,” Frisco Veterans of Foreign Wars Post Commander John Archer said.

In Frisco, organizers see the annual ceremony as an opportunity to both remember those who have died in military service and to educate the children who will grow up to become the nation’s protectors.

Many families with young children were among those who came out, walking past the waving flags and gathering to hear the Frisco Chorale sing “The Star Spangled Banner” and “Battle Hymn of the Republic” and the Frisco Community Band play “America the Beautiful” and “Salute to the Armed Forces,” a medley featuring the songs of each of the five military branches.

Mayor Maher Maso recalled the annual event’s beginnings when little more than a handful of people would gathering along Main Street with traffic passing by and spoke of how moved he was to see so many participating now.

Memorial Day is not the same as Veterans Day, Sowell noted. “The difference is in the level of sacrifice.”

These Frisco residents were killed in action while serving in the U.S. military: