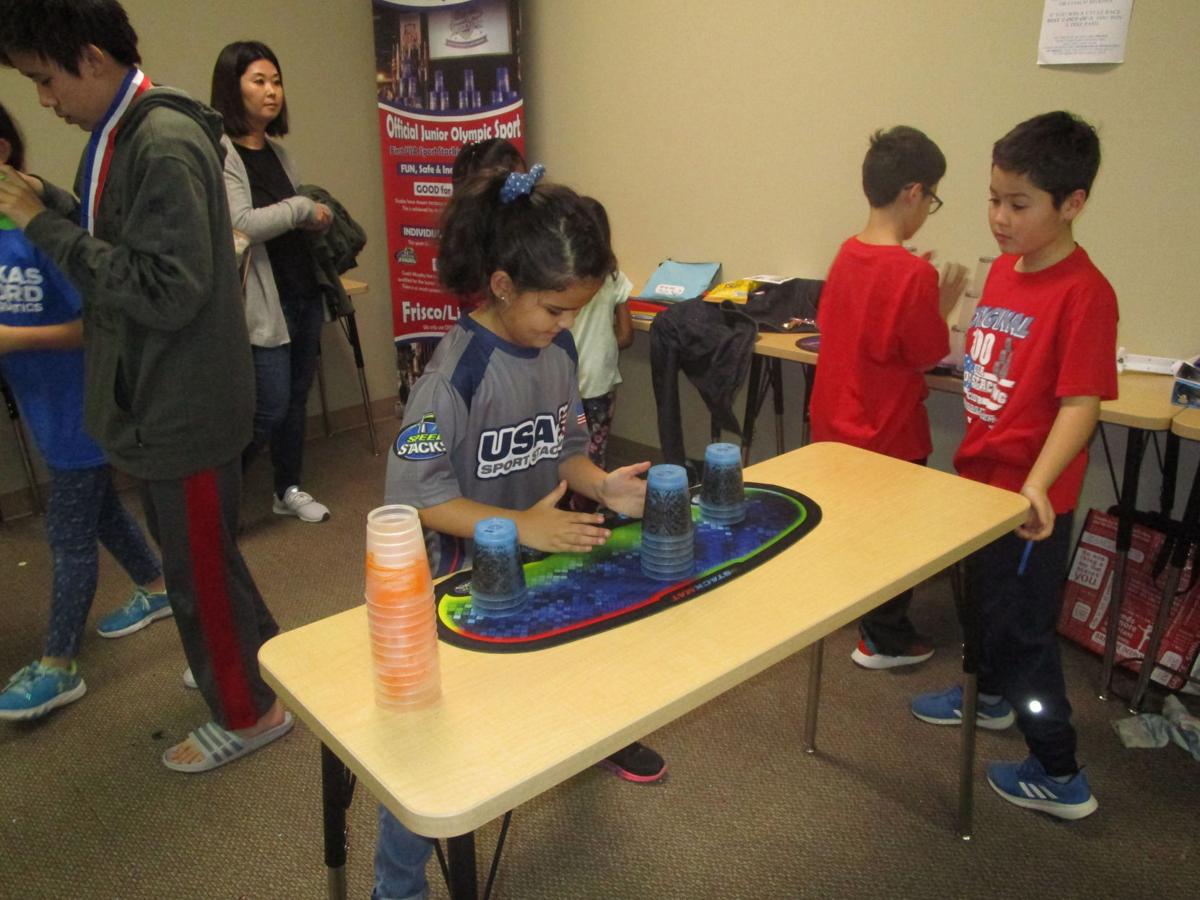 Kate Olvera is ranked No. 1 in the country in the 8-year-old division in sport stacking. She, her sister Carli, and Betsy Sanchez have qualified to be part of Team USA. 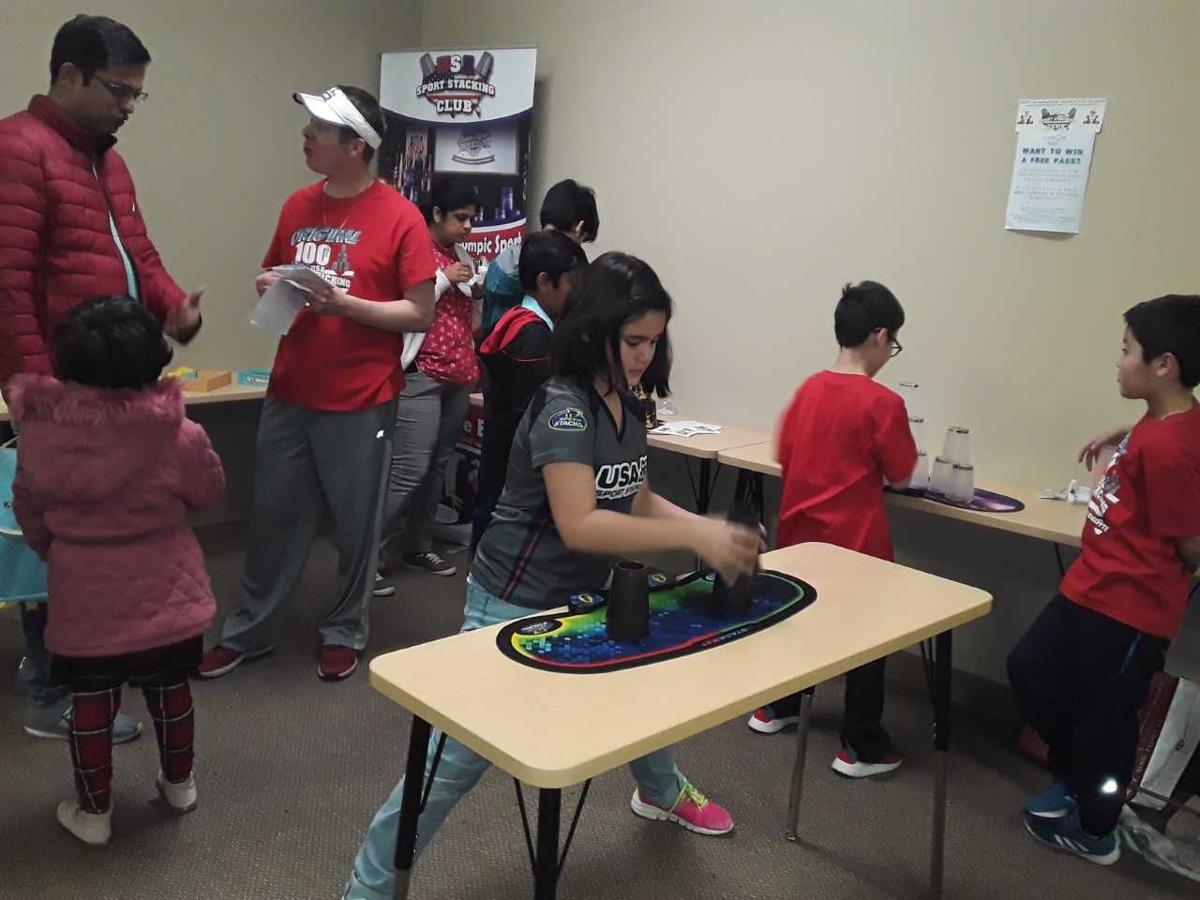 Carli Olvera is ranked No. 3 in the 10-year-old division in sport stacking.

Kate Olvera is ranked No. 1 in the country in the 8-year-old division in sport stacking. She, her sister Carli, and Betsy Sanchez have qualified to be part of Team USA.

Carli Olvera is ranked No. 3 in the 10-year-old division in sport stacking.

Once a week inside an old industrial building on King Road in west Frisco you can find some of the state's highest-ranked competitors you probably haven't heard about.

But that's just because their sport is still relatively new.

In November, Brian Murphy opened the USA Sport Stacking Club, which has approximately 20 members from Frisco and Little Elm.

Sport stacking is a growing sport in which competitors must build and collapse stacks of plastic cups within a certain amount of time. There are different “stacks” they must perform, such as a 3-3-3 in which there are three stacks with three cups to build and collapse. A 3-6-3 features two stacks of three cups and one of six cups.

Tipping a cup over slows their time, and knocking it off the table results in a scratch.

Not an easy thing to do in a matter of seconds, Murphy said.

But some of his students have become the best at doing it, and their rankings in the World Sport Stacking Association show it.

Betsy Sanchez, who lives in Fort Worth but comes to the USA Sport Stacking Club, is the No. 1-ranked stacker in the 14-year-old division.

All three girls have qualified to be part of Team USA and will compete in their first Team USA event in January. They have competed twice at the Junior Olympics.

In addition, the club is also home to Kaito and Sorato Greenwood, Isaac Gil and Brian and Erin Kim, who are also part of Team Texas.

“These kids are unbelievable,” Murphy said. “And they can improve so fast.”

Despite how good they've become in such a short amount of time the girls said there's always room for improvement.

“When you watch the top stackers, they all have their own tricks,” Carli said. “So I ask them questions, and I practice a lot. I'm pretty happy with how I've done, but I know I can do better.”

Kate said she likes that she can always improve in this sport.

“I like that I can always get faster,” Kate said. “I get better by watching other people and learning from them.”

Murphy said he was introduced stacking to the students when he was a PE coach at Rogers Elementary in 2016. He said he then introduced it to students at Gunstream Elementary. So many students enjoyed it that when he left the school and opened the club they signed up.

Murphy said while some schools offer stacking as an activity, he wants to see those opportunities expand.

“There are so many studies how this helps them intellectually,” Murphy said.

“You can see the impact it's had on their hand-eye coordination,” Tom said.

He said sport stacking gives students of all ages and abilities a chance to participate while providing the same benefits that more traditional sports do.

“You don't have to be the world's most gifted athlete,” Tom said. “But you still have your highs and lows of competition, you train, you trade secrets, and you pick someone up when they're feeling down. Just like in all sports.”