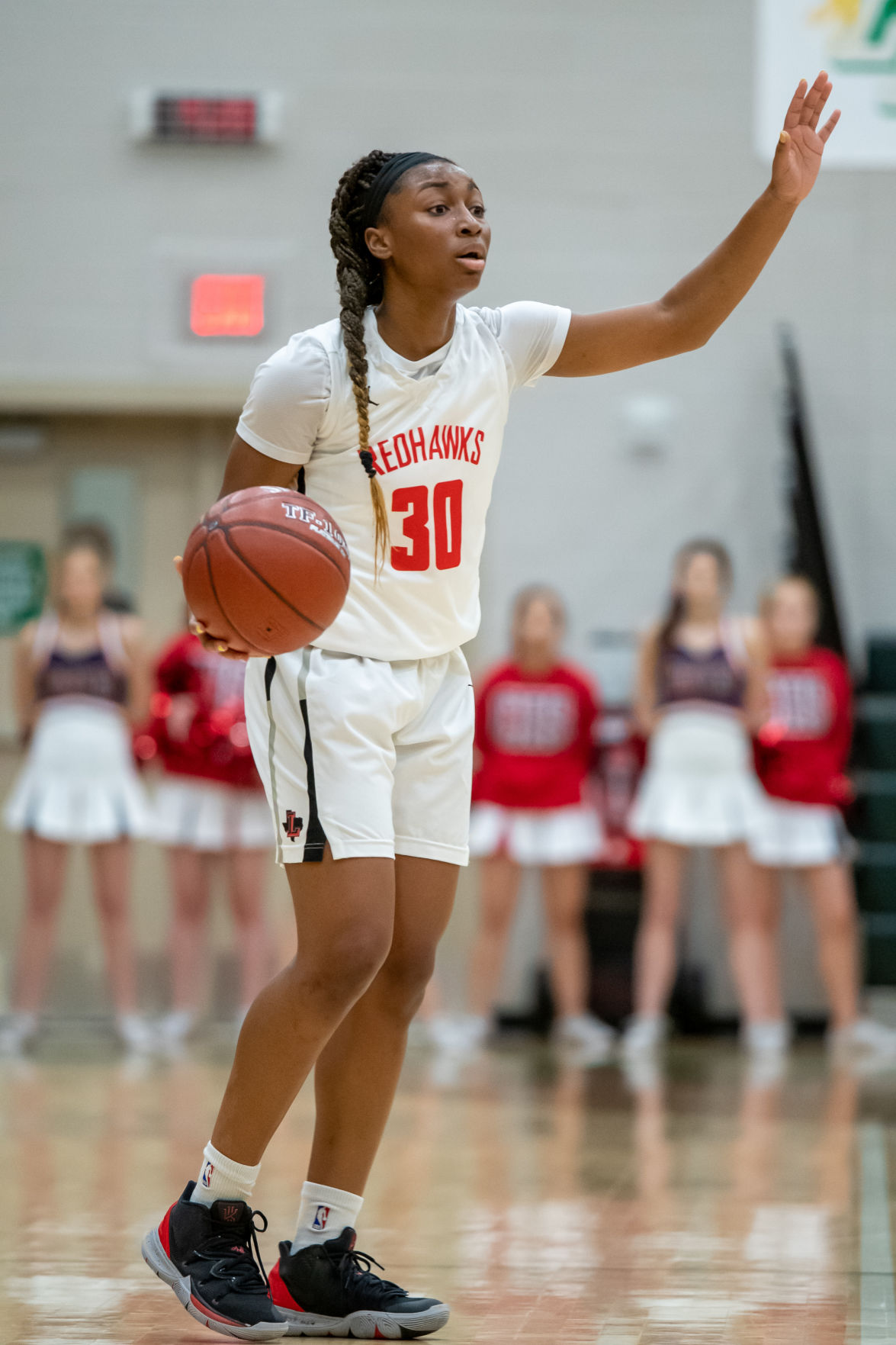 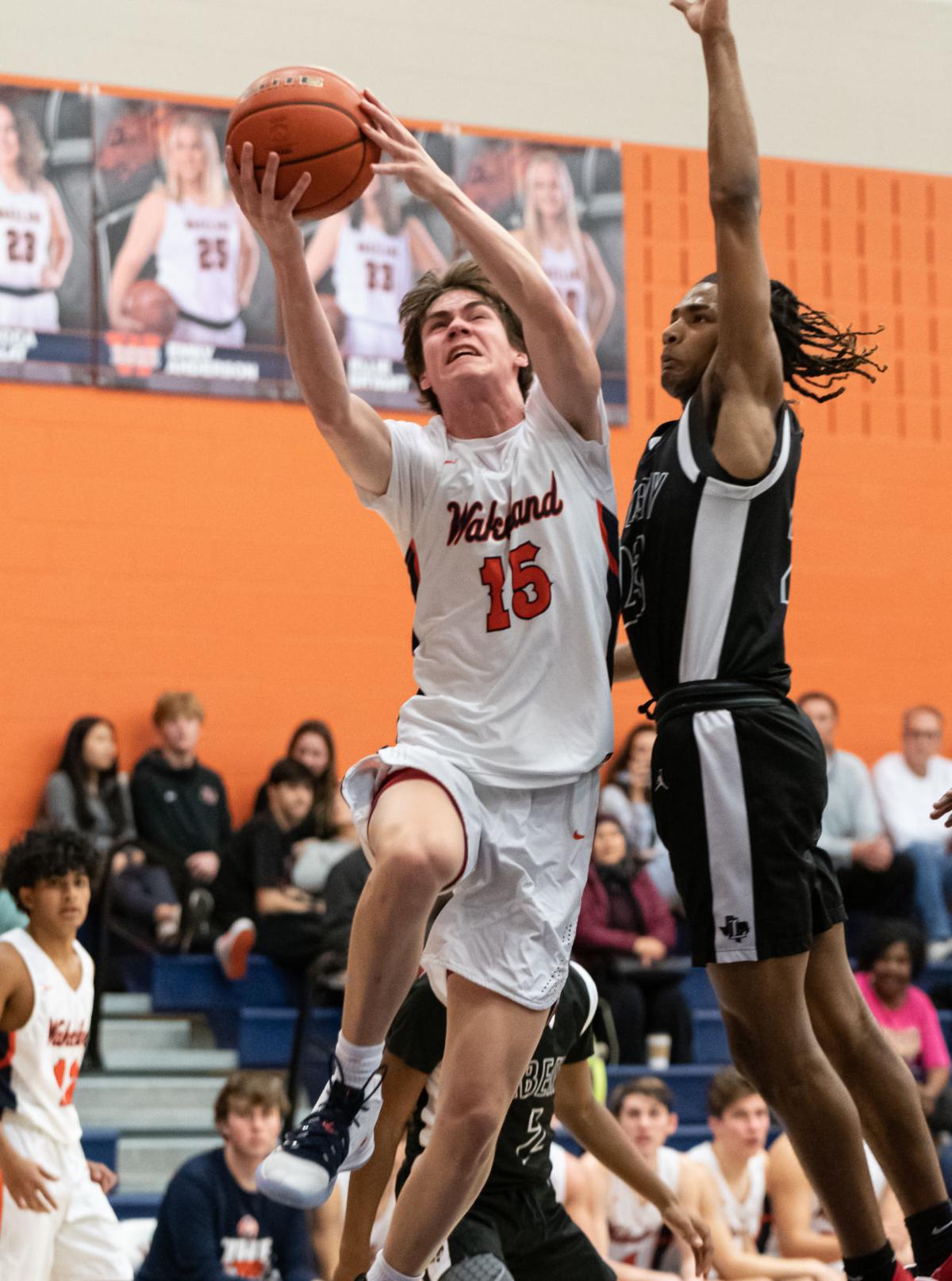 The Frisco Liberty girls basketball team capped off its dream season with an elusive state title for the first in program history.

The Lady Redhawks achieved this amazing feat on the heels of graduating their entire starting lineup from a year ago in which they reached the state championship game and fell just short at the hands of Amarillo.

This year’s squad, consisting of just two players from that roster last season, overcame the odds and not only soared to another district title, but went the distance in the postseason.

As expected, many Liberty players were represented on the 9-5A All-District list that was released last week, with sophomore standout Jazzy Owens-Barnett earning District MVP honors.

Owens-Barnett was also a first-team selection and was joined by junior teammate Maya Jain on the second team. The Liberty coaching staff was awarded Coaching Staff of the Year after leading the Lady Redhawks to a 16-2 district record.

Liberty was not the only juggernaut in FISD with a sensational regular season or magical playoff run. Lone Star, which also graduated a large chunk of last year’s regional finals roster, once again reached the regional tournament before falling to Midlothian in a hard-fought battle.

Jordan DeVaughn was named Newcomer of the Year and Kyla Deck, who led the Rangers in scoring throughout the year, snagged a spot on the first team.

Joining Deck on the first team were Centennial juniors Leila Patel and Madison Ott, who helped lead the Lady Titans to one of their greatest campaigns in program history.

In fact, the dynamic duo nearly got Centennial over its third-round hump and took eventual state champion Liberty down to the wire in a heartbreaking 32-31 loss.

Rounding out the first-team selections was Memorial superstar sophomore Jasmyn Lott, who led the district in scoring with over 20 points per contest. Lott led the Lady Warriors to a second consecutive playoff appearance and earned Offensive Player of the Year honors in the process, and her teammate Kailee Deffebaugh also picked up some hardware by being named Defensive Player of the Year.

While five girls teams duked it out for the final four playoff spots down the homestretch of the season, the boys standings in 9-5A provided even more of a headache in the closing weeks.

Wakeland eventually captured the district crown behind the strong play of junior guard Cooper Sisco, who averaged 16 points per game and was named District MVP. Wakeland junior forward Drake Kindsvater also reeled in a superlative by being named Defensive MVP and Wakeland was joined by Centennial for Coaching Staffs of the Year.

Centennial junior guard Xavier Savage was named Offensive MVP after leading the Titans to an unexpected postseason appearance, as he led the charge in a second-round exit against state-ranked Newman Smith.

Rounding out the superlatives was Lone Star freshman Jayce Spann and Memorial freshman Drew Steffe, who were each recognized as Newcomers of the Year.

Coaching Staff of the Year – Liberty

Coaching Staffs of the Year – Centennial and Wakeland