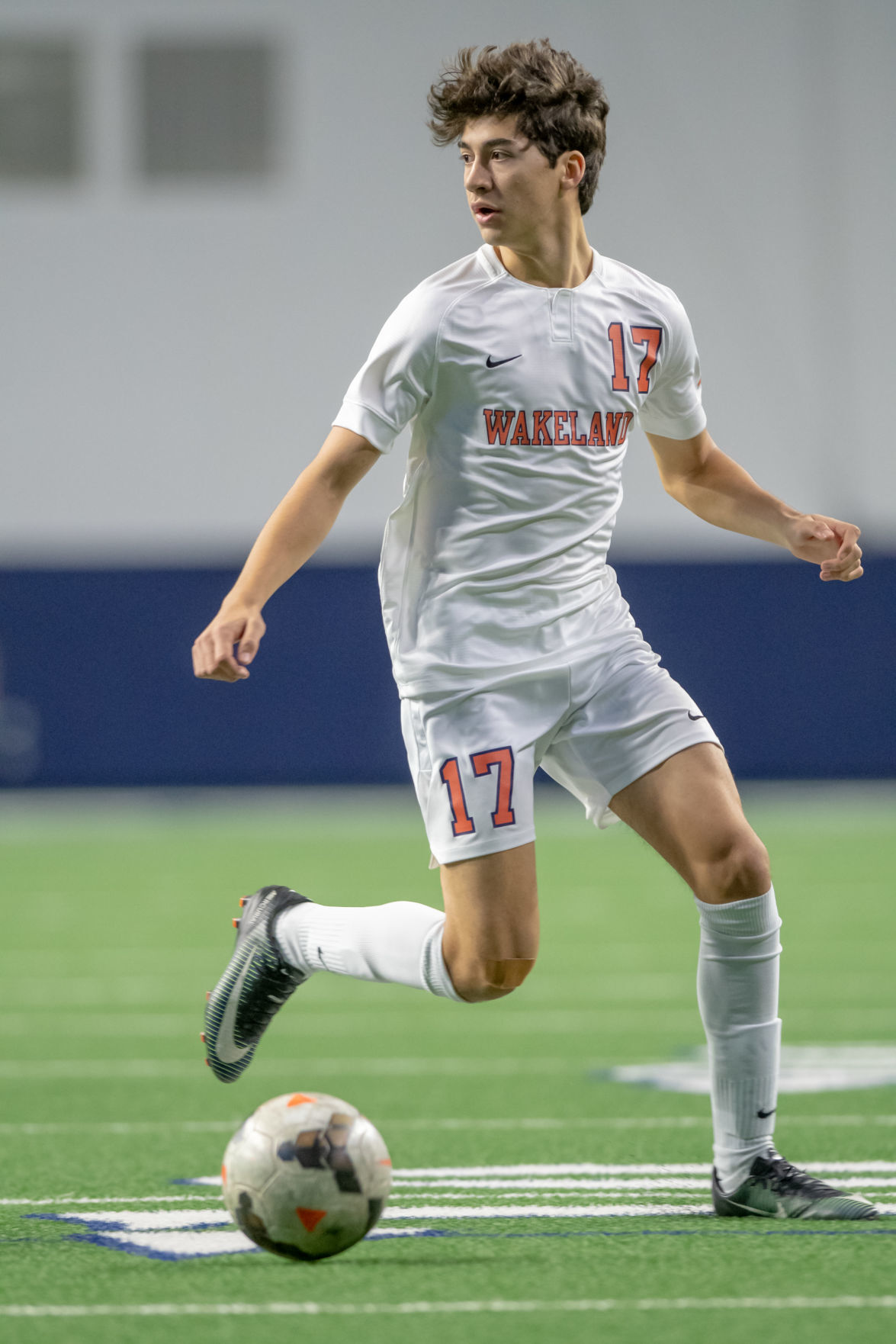 The Wakeland boys soccer team had made four consecutive trips to the state tournament but was denied a chance at five in a row when the remainder of the season was cancelled due to the COVID-19 pandemic. 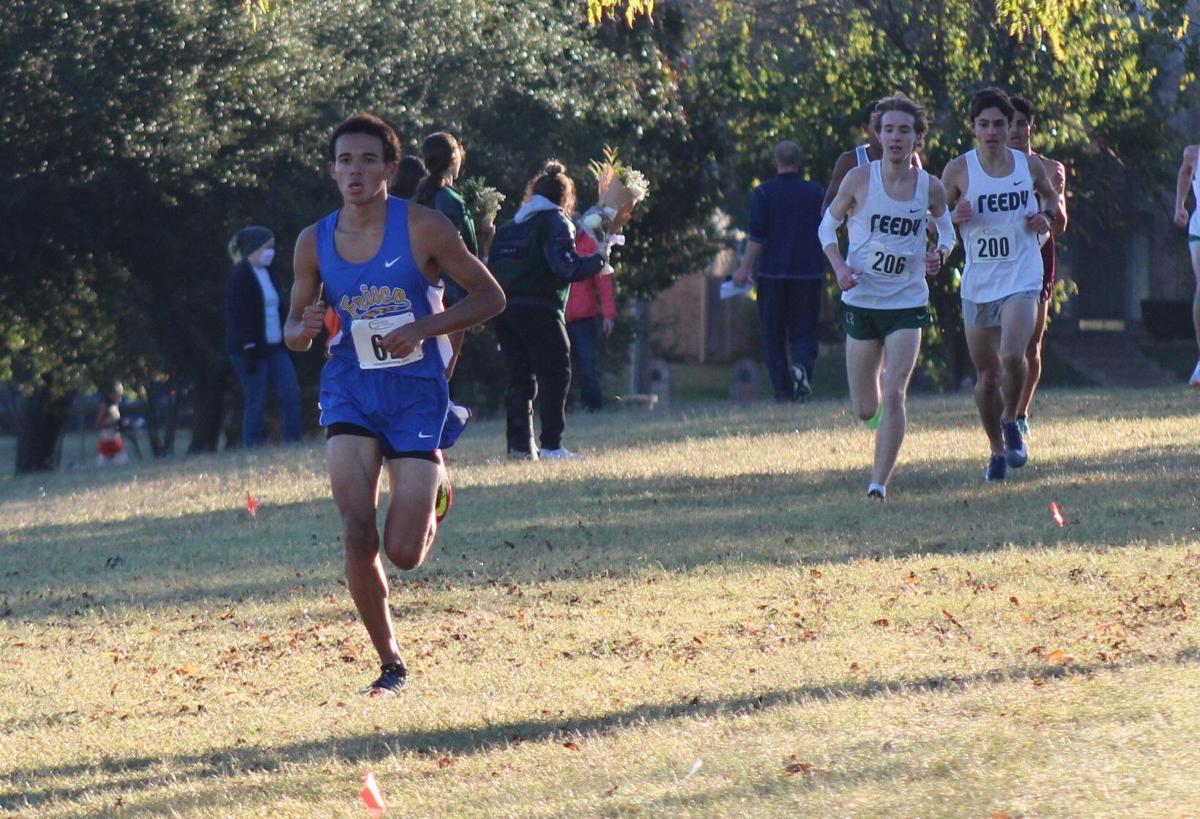 Frisco ISD cross country teams sent a sizable contingent to the state meet in Round Rock.

The Wakeland boys soccer team had made four consecutive trips to the state tournament but was denied a chance at five in a row when the remainder of the season was cancelled due to the COVID-19 pandemic.

Frisco ISD cross country teams sent a sizable contingent to the state meet in Round Rock.

Our annual Top 10 stories of the year usually involves much discussion about which highlights make the cut.

But while there is no doubt what the No. 1 story is, local sports has done its best to persevere and move forward the best it can, and there are still plenty of positives to reflect on during the past 12 months.

Every two years, there a sense of Christmas morning for high school football programs, not knowing if they are going to get the gift they asked for or a lump of coal.

That, of course, is due the University Interscholastic League’s biennial realignment announcement, which takes place in early February for football.

This year’s alignment offered some changes in the landscape for Frisco ISD teams.

One that came as a surprise to some was a nine-team football district in 5-5A Division I with the Lone Star, Centennial, Heritage, Reedy, Wakeland and Independence being joined by The Colony and two programs from Denton ISD in Denton and Ryan.

What most fans pointed to was the prospect of having a district game between Lone Star and Denton Ryan in a rematch of the 2019 5A Division I state semifinals.

Reedy, which competed the previous two seasons in Class 5A Division II, made the jump to Division I.|

Over in 5A Division II, Liberty, Memorial and Lebanon Trail landed in 7-5A Div. II with Lake Dallas, Lovejoy, Denison, Princeton and newcomer Prosper Rock Hill.

After some murmurs that FISD could be split in half in non-football athletics, that was not the case with all 10 schools remaining intact once again in 9-5A.

Frisco ISD has a proud tradition in cross country and once again made a good showing at the state meet at Old Settler’s Park in Round Rock.

The Wakeland girls placed ninth in the team standings, while Reedy’s Colleen Stegmann led all individuals in fifth place.

Stegmann was not the only runner near the top of the leaderboard, as Lone Star’s Veronica Ambrosionek was right behind her in sixth, Independence’s Brighton Mooney placed 15th and Memorial’s Peyton Benson crossed 23rd.

The Wolverines were led by Chloe Smith, who finished 26th overall. Also in the top five for Wakeland were Mackenzie Davis, Cori Cochran, Ashley Dalleske and Brooke Hartshorn. Reedy was also represented by Elise Worhoftig.

The Reedy boys took eighth in the team standings, led by Aiden Gonzalez-Rodiles, who was 24th overall.

The best individual finish came courtesy of Wakeland’s Natnael Enright, who crossed in eighth place. Soham Patil of Heritage was 27th and David Corujo of Wakeland was 91st.

Joining Gonzalez-Rodiles as the scoring runners for the Lions were Luke Lawson, Garrick Spieler, Keaton Raney and Brayden Gyure.

Every team in spring sports faced disappointment when their seasons were cancelled due to the COVID-19 pandemic, but it was especially tough on soccer teams.

On the pitch, teams had already put in most of the heavy lifting and many had secured playoff spots and a chance to pursue the ultimate prize.

Frisco ISD is no stranger to success in soccer and this year appeared to be no different.

The Wakeland boys have not only been the class of the district in recent years, there is a good argument to be made they have been the premier 5A program in Texas.

During the last decade, one would be hard-pressed to match the resume the Wolverines have put together.

Wakeland’s state championship in 2010 was the beginning of a run that saw them make 10 consecutive playoff appearances, seven regional tournaments and six trips to the state tournament, including in each of the last four seasons where they added Class 5A championship trophies in 2017 and 2018.

Wakeland was poised to make another lengthy run this spring, as not only had they built a comfortable lead in the district standings, they were ranked No. 3 in the TopDrawerSoccer.com state poll, which includes all classifications, and held down the No. 1 spot in the Texas Association of Soccer Coaches 5A Region 2 rankings.

On the girls side, any number of FISD teams were capable of making a run.

In the final Texas Association of Soccer Coaches Class 5A Region 2 poll, Independence held down the No. 1 spot, followed by Lebanon Trail at No. 3, Memorial at No. 4, Wakeland at No. 5 and Liberty at No. 9.

Swimming is a secondary sport at many schools, some of which do not have enough participants to field a full team.

That is not the situation at Wakeland.

The Wolverine boys have established themselves as one of the best programs locally with five district titles in the last decade, but also in Texas, with state runner-up finishes in 2013 and 2015 and a state championship in 2014.

Wakeland made it back to the state meet in 2018 with a second-place finish and then earned another opportunity last season.

The Wolverines gave it a run at a second state championship before settling for second place behind Humble Kingwood Park.

Conor McKenna claimed an individual championship in the 100 butterfly and additional swimmers such as Jack McKenna, Ryan Gilbert and Brendan Debergh, helped Wakeland to a trio of top-three finishes in relay events.

When the high school spring sports season was officially cancelled in April, it put quite a few impressive playoffs streaks on hold.

For the next few years, with the pandemic fresh in the public’s minds, it will be remembered why the numbers might not add up.

But as time goes on, some might look back on a program’s history with a puzzled look as to why an established sustained streak has a missing playoff berth in 2020.

For the record, it would be-hard pressed to believe anybody would argue against the fact that softball and baseball teams will not have the early ends to their seasons held against them in terms of streaks.

Some area soccer teams were already able to extend their notable runs in terms of qualifying for the playoffs.

The Frisco schools have traded turns in the spotlight on the pitch during the last decade, but the one constant has been the Wakeland boys and girls.

Though extended playoff brackets only go back to 2010-2011 on the University Interscholastic League website, the Wolverines are the only FISD boys team to make the playoffs every year since then and they were in position to make it 10 in a row.

Wakeland has not been merely content making an appearance at the postseason dance.

The Wolverines have shined when it matters most, making a remarkable four straight trips to the Class 5A state championship match and winning in 2017 and 2018, the latter of which they did after starting the run as the fourth seed.

Wakeland, who also advanced to the state title game in 2014, had advanced three rounds deep in seven straight seasons.

As a testament to the depth and talent in the district, at least one other FISD team has joined Wakeland in the third round in each of the last seven seasons, including all four in 2014.

It is a similar story on the girls side, where a majority of the programs have had some success, including a nine-year run by Centennial, but it is Wakeland that has carried the banner.

The Wolverines were in position to finish off a decade-long streak of playoff appearances and they have also made the most noise when they have gotten there, winning Class 5A championships in 2016 and 2018.

The depth has been evident for the FISD girls, as well, with at least two programs advancing to the third round in eight of the last nine years.

As for the area teams on the diamond, they are left with a series of ‘what if’s’, as many districts had not even started while others were still in their infancies.

That means groups like the Wakeland baseball team had to put its run of 10 straight playoff appearances on hold, while the Wolverines softball team was hoping to start a new streak after having its run of four consecutive and nine out of 10 ended last year.