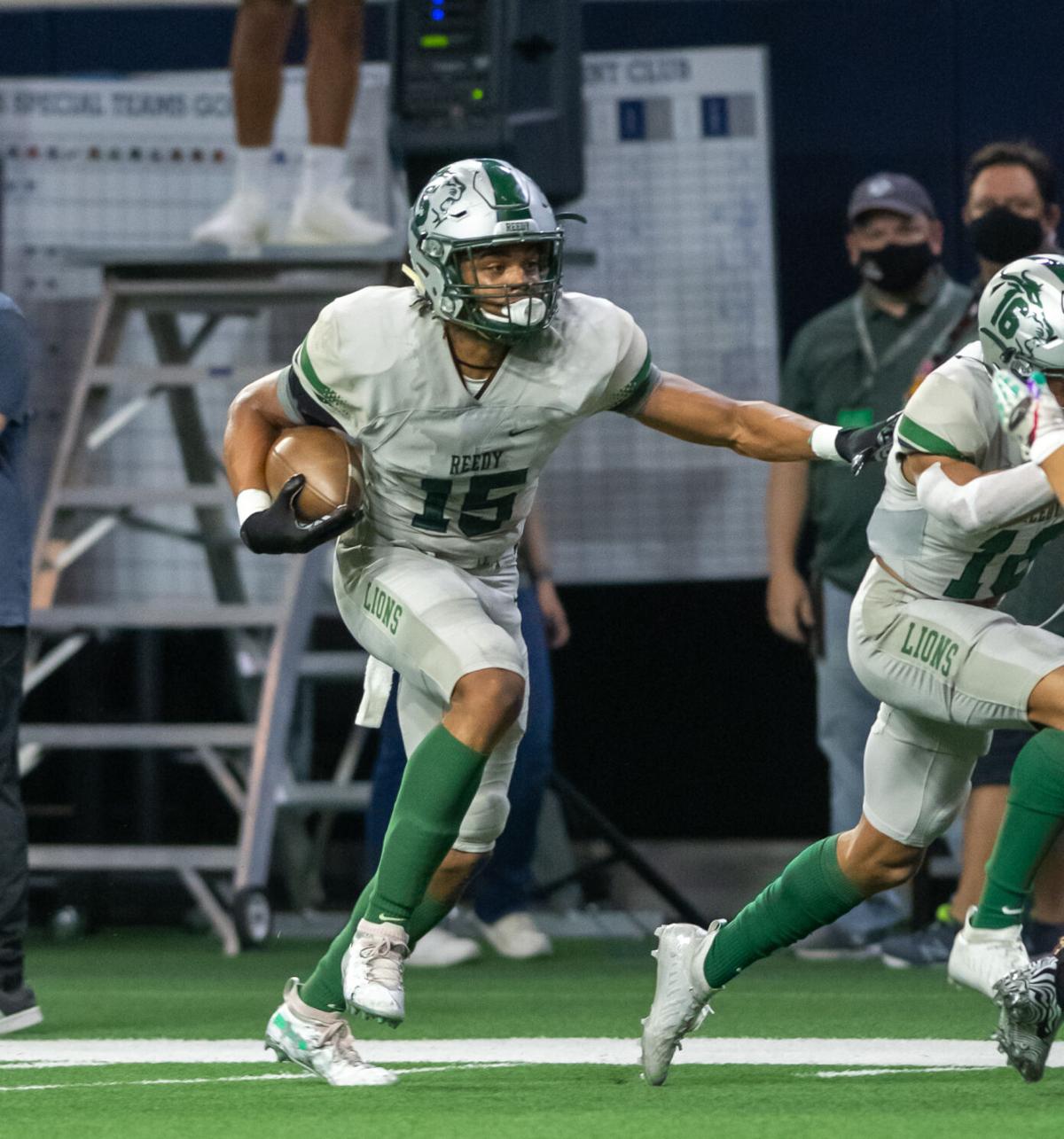 Reedy senior Zion Washington was selected as the 5-5A Division I utility player of the year. 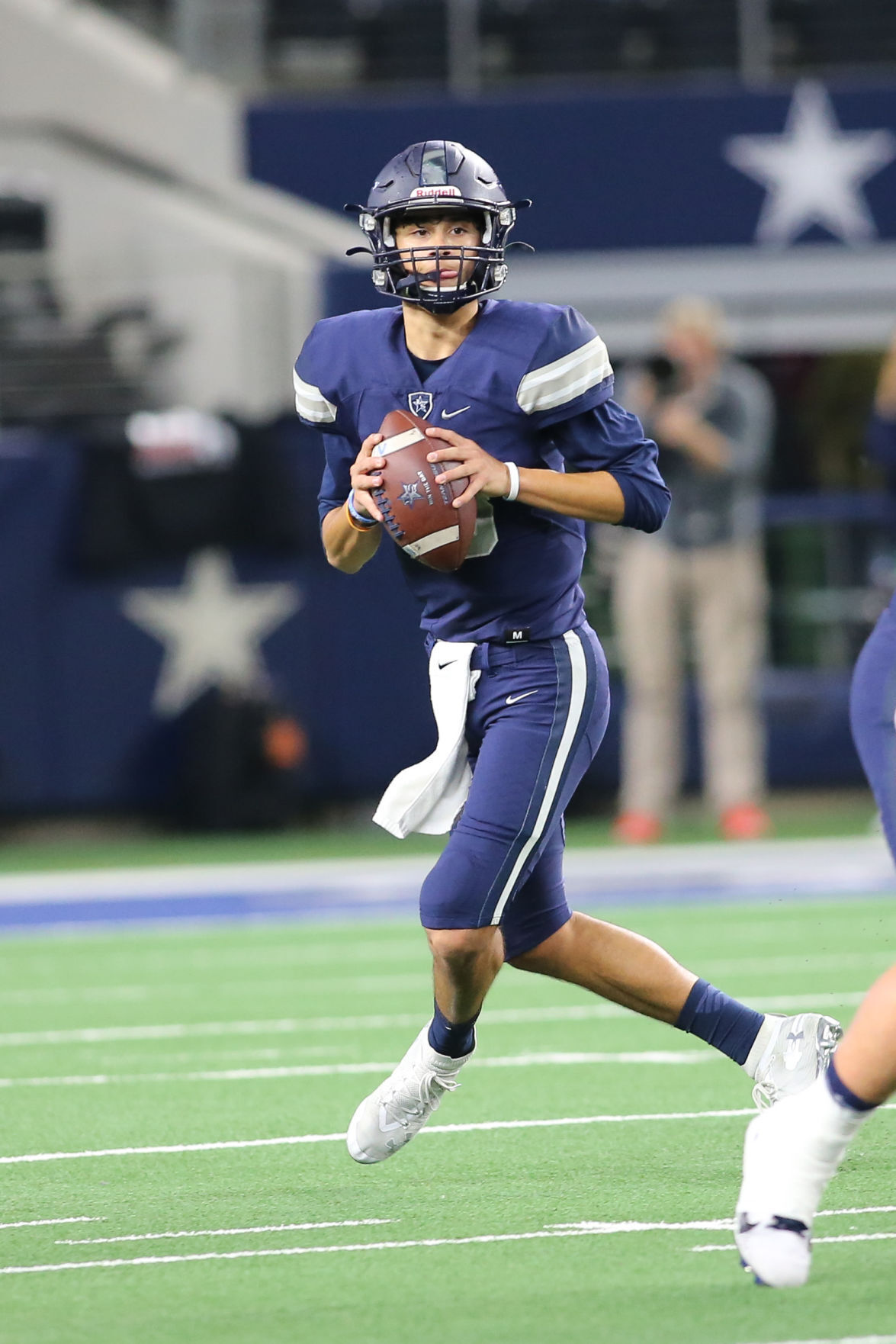 Lone Star junior Garret Rangel was voted as the 5-5A Division I offensive player of the year. 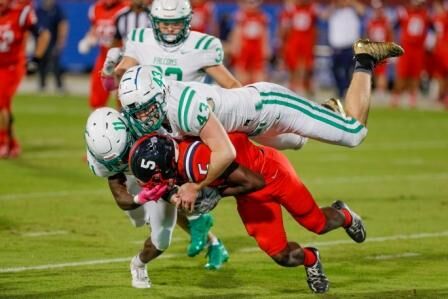 Centennial freshman Harry Stewart was recognized as the 5-5A Division I newcomer of the year.

Reedy senior Zion Washington was selected as the 5-5A Division I utility player of the year.

Lone Star junior Garret Rangel was voted as the 5-5A Division I offensive player of the year.

Centennial freshman Harry Stewart was recognized as the 5-5A Division I newcomer of the year.

Frisco ISD is one of the most talent-rich school districts in the state.

For proof, look no further than the fact that with 10 high schools, FISD is one of the largest districts in Texas and there is still talent to go around.

That is reflected on the 5-5A Division I all-district team, where each of the six Frisco squads earned their share of honors.

Lone Star shook off a rough start to post a 7-4 record and advanced to the regional semifinals before falling to Highland Park.

The Rangers finished second in 5-5A Division I and were rewarded with 19 selections to the team, including a pair of superlative honors.

Junior quarterback Garret Rangel was voted the offensive player of the year after completing 188-of-272 passes for 2,249 yards and 27 touchdowns.

Senior Josh Click was recognized as the special teams player of the year. Click was one of the most reliable kickers in the state, converting 55 extra points and connecting on 11-of-13 field goals, with a long of 50 yards.

Stein helped clear the way for the Ranger ground game, while Jeanty had 55 catches for 816 yards and seven touchdowns and rushed for 383 yards and eight scores.

Senior running back Jaden Nixon made the first team, as he had 139 carries for 766 yards and 15 touchdowns and 29 grabs for 289 yards and five scores.

Senior wide receiver Trace Bruckler hauled in 54 catches for 744 yards and seven touchdowns to earn first-team honors and senior Tolu Sokoya was named to the second team after recording 31 receptions for 278 yards and four scores.

Junior offensive lineman Kyle Lofye was one of the best in the state, grading out at 91 percent with 61 knockdowns and 42 pancakes. Lofye, first-team junior Mike Terry and second-team senior Colton Tibbits helped the Rangers average 388.8 yards and 43.0 points per game.

On the other side of the ball, senior linebacker Alessio Russolillo was a unanimous first-team pick, as he registered 122.5 tackles, including 81 solos, with eight tackles for loss, 6.5 sacks, 12 quarterback pressures and two forced fumbles.

Russolillo’s partner in the middle, senior Blake Gotcher, also made the first team with 105 tackles, 12 for loss, 9.5 sacks, 12 quarterback hurries and four interceptions.

Independence returned to the playoffs for the fourth time in five seasons and received 11 all-district nods.

Senior quarterback Braylon Braxton was named to the first team as one of the most dynamic dual-threats in the state. Braxton completed 99-of-180 for 1,639 yards and 21 touchdowns with only four interceptions and rushed 83 times for 789 yards and 12 scores.

One of Braxton’s favorite targets, senior tight end Elijah Arroyo, was a unanimous pick as he had 31 catches for 690 yards and 13 touchdowns.

Senior linebacker Kendall Williams was a unanimous selection after recording 49 tackles, with six for loss, and three quarterback hurries.

He was joined on the first team by senior end Jaden Wallace, who had 55 tackles, with 16 for loss, five sacks and seven quarterback hurries, and senior safety Brayden West, who registered 64 tackles, three for loss, three interceptions and five pass breakups.

Wakeland was the third FISD team to make the Division I playoffs and they had 16 selections.

Sophomore tight end Tripp Riordan was a unanimous pick, as he had seven catches for 80 yards and a touchdown and was also a key cog in the ground game.

That rushing attack was led by first-team junior Jared White, had had 170 carries for 1,158 yards and 16 touchdowns, with a long run of 98, as well as 30 receptions for 405 yards and four scores.

Junior defensive tackle Carson McMillin made 22 tackles, with one for loss and six quarterback hurries to earn first-team honors.

He was joined by junior safety Davion Woolen, who had 32 tackles with three interceptions and six pass breakups, as well as junior punter Nolan Krinsky.

Reedy narrowly missed out on the playoffs, but still posted a winning overall record.

The Lions had 11 selections, headlined by senior Zion Washington, who was tabbed utility player of the year. Washington rushed for 213 yards and two touchdowns, caught 21 passes for 260 yards, and on the other side of the ball, made 43 tackles, with four for loss, an interception, two pass breakups, two forced fumbles and a fumble recovery.

Senior Jaylen Fuksa pulled off the rare feat of being a unanimous pick on both offense and defense.

Fuksa had 22 catches for 461 yards and five touchdowns to get the nod at wide receiver, and also had 32 tackles, two interceptions and 11 pass breakups from his cornerback spot.

Senior linebacker Michael Swope made 59 stops, five for loss, with a sack and two pressures, and senior safety Ryan Jones had 48 tackles, an interception and 11 pass breakups.

One reason for Stewart’s success was senior offensive lineman Logan Radmore, a unanimous pick who graded out at 92 percent with 47 pancake blocks.

Senior wide receiver Paxson Fletcher made the first team with 48 catches for 575 yards and seven touchdowns, as did senior kicker Nick Brown, who hit 4-of-6 field goals and 39-of-42 extra points.

Rounding out the FISD representation, Heritage picked up six selections, with three on the first-team offense.

Junior running back Shawn Wara had 153 carries for 896 yards and seven touchdowns to go along with 39 catches for 545 yards and four scores.

Sophomore wide receiver Bryce Gilchrist had 41 receptions for 522 yards and four touchdowns and also rushed for two scores, and senior lineman Dillon Rock paved the way for the offense to average 414.0 yards per game.

District and Class 5A Division I state champion Denton Ryan captured the lion’s share of the superlative honors.

Senior wide receiver/defensive end Ja’Tavion Sanders, senior wide receiver/defensive back Billy Bowman, Jr. and senior quarterback Seth Henigan were named co-most valuable players, senior defensive back Ty Marsh was voted defensive most valuable player, sophomore linebacker Anthony Hill, Jr., was tabbed defensive newcomer of the year and head coach Dave Henigan and his assistants were honored as the staff of the year after leading the Raiders to a perfect 15-0 season and the state crown.

5-5A Division I Football All-District Team