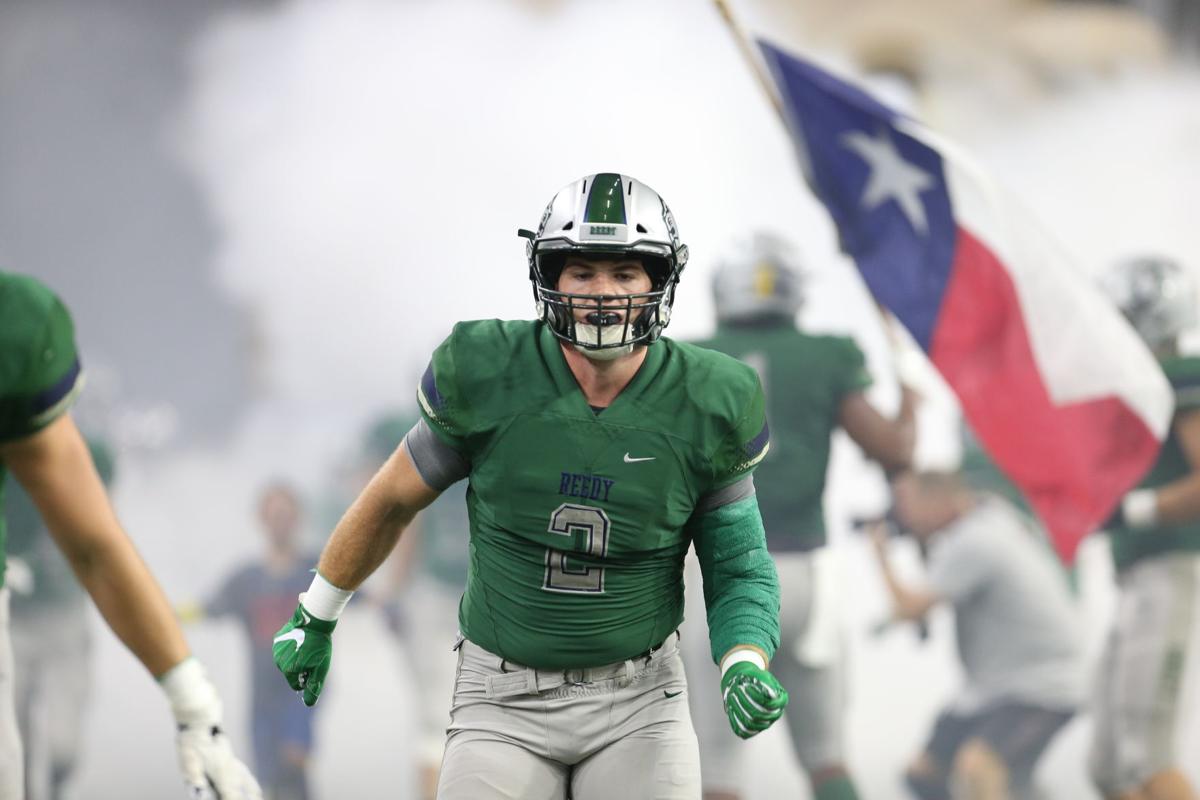 Frisco Reedy alum Will Harbour contributed in all three phases during his days as a Lion. 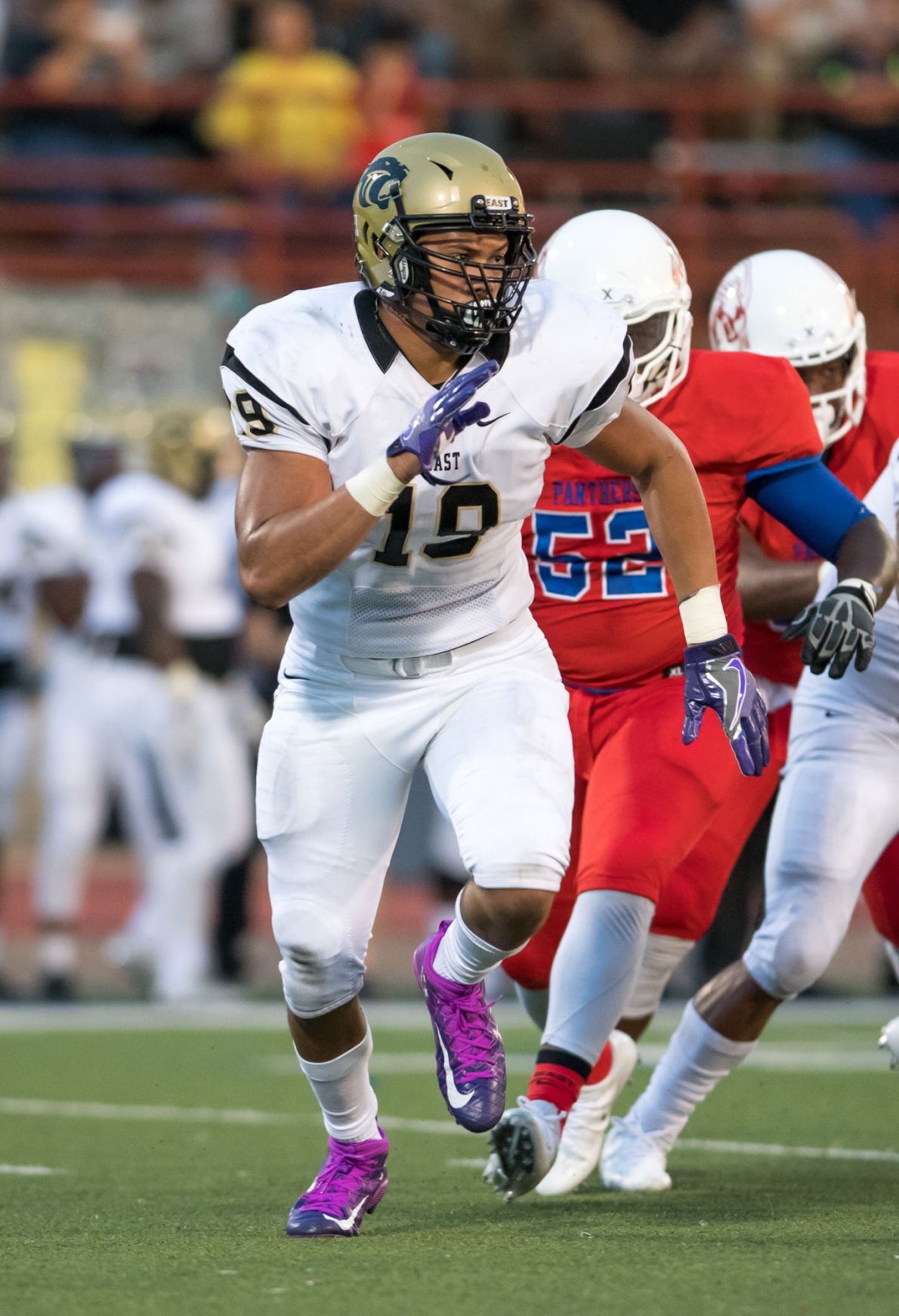 Plano East alum Anthony Hines III logged back-to-back years of at least 200 tackles during his time with the Panthers. 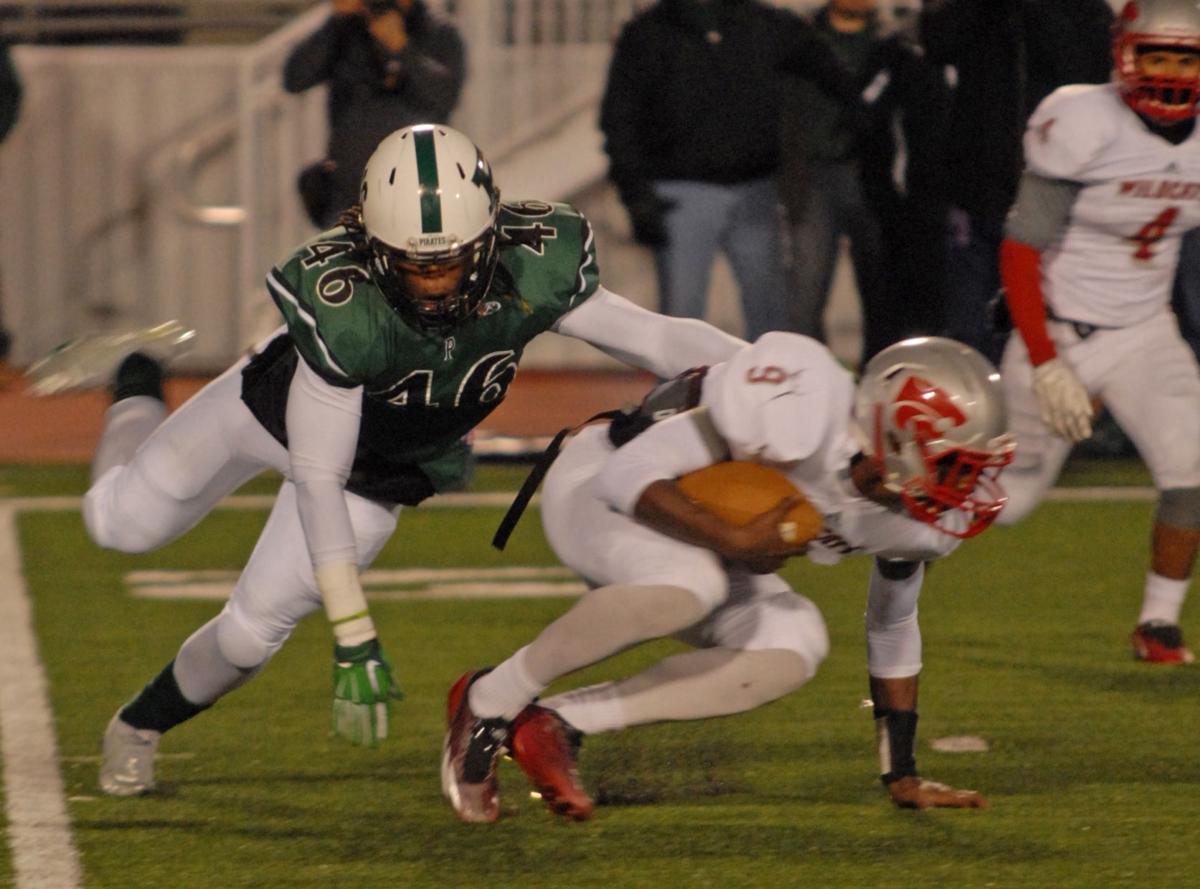 Mesquite Poteet alum Malik Jefferson found no shortage of success during his days as a Pirate and carried that into college at The University of Texas.

Frisco Reedy alum Will Harbour contributed in all three phases during his days as a Lion.

Plano East alum Anthony Hines III logged back-to-back years of at least 200 tackles during his time with the Panthers.

Mesquite Poteet alum Malik Jefferson found no shortage of success during his days as a Pirate and carried that into college at The University of Texas.

Throughout the summer, Star Local Media will recognize some of the premier football players from the Metroplex with its inaugural all-decade team. Players eligible for consideration must have played at least one season between 2010-19 for one of the high schools within Star Local Media’s coverage area: Allen, Carrollton, Celina, Coppell, Flower Mound, Frisco, Lake Cities, Lewisville, Little Elm, McKinney, Mesquite, Plano, Rowlett and The Colony. This is the seventh of a multi-part series, continuing with linebackers.

Jefferson put together one of the most accomplished high school careers of any player on this team.

Jefferson announced his arrival during his 10-4A sophomore of the year campaign, recording 105 tackles, 24 for a loss, seven sacks, five forced fumbles and four blocked kicks on his way to first-team all-state honors.

He followed that up by being selected as a MaxPreps Junior All-America and 10-4A Defensive MVP and despite battling some injuries as a senior, we was chosen to the TSWA all-state first team. In three seasons, Jefferson recorded 279 tackles, 58 tackles for loss, 27 sacks, 10 forced fumbles, six fumble recoveries and eight blocked kicks.

Jefferson won the 2014 Butkus Award as the nation’s top linebacker and was named the USA Today Texas Defensive Player of the Year, a Under Armour All-American and to the Parade Magazine All-America first team.

Jefferson was selected in the third round of the NFL Draft by Cincinnati, but injuries have limited him in stints with the Bengals, Cleveland and the Los Angeles Chargers.

One of the most highly recruited players prospects in recent high school sports history, Hines accrued scholarship offers from 90 collegiate programs throughout his decorated prep career.

Averaging at least 20 tackles per game during his junior and senior seasons at East, Hines backed up that hype plenty as the centerpiece of the Panthers’ defense.

A Parade and Under Armour All-American, Hines logged back-to-back years with 200-plus tackles, highlighted by a 220-tackle campaign as a senior. That season, he added 38 tackles for loss, plus five sacks, two interceptions and five forced fumbles on his way to Class 6A Defensive Player of the Year honors from both the Associated Press and Texas Sports Writers Association.

One of the state’s elite tacklers, Hines was a two-time all-state selection and closed out his high school career with 640 tackles, nearly 100 for a loss of yardage. The five-star prospect is currently plying his craft in College Station, entering his junior year at Texas A&M as one of the top tacklers in the Aggies’ defense.

Mitchell split his high school career between playing for Prestonwood and Plano West, amassing some of the state’s top defensive numbers no matter the uniform or level of competition.

A U.S Army All-American who graded out as a five-star recruit and in the discussion as both the country’s top middle linebacker and Texas’ top overall prospect in 2012, Mitchell flourished during his junior season at West — racking up 151 tackles, 11 sacks and four forced fumbles on his way to all-county defensive player of the year honors.

Shifting to the private school gridiron as a senior, Mitchell was a man among boys. He compiled 190 tackles (32 for a loss), 11 sacks and seven forced fumbles, averaging more than 17 tackles per game to help keep Prestonwood among the state’s elite.

Brooks was a model of versatility during his days as a Marauder, playing linebacker, defensive back and wide receiver. No matter the role, the five-star prospect thrived — developing into one of the nation’s top overall prospects.

A U.S. Army All-American Bowl and Polynesian Bowl selection, Brooks was named to the MaxPreps All-American second team and the all-state first team as a utility player.

Brooks parlayed that success into a college commitment to LSU, where he saw time as a true freshman and contributed to the Tigers’ 2019 national championship run. However, he’ll be plying his craft outside of Baton Rouge going forward, entering the transfer portal in the offseason.

The Lovejoy defense was in good hands with Pool, currently playing college ball at Arkansas, perusing the middle.

A four-star recruit who graded out as the No. 12 linebacker in the state during his high school days, Pool eclipsed 100 tackles each of his final three years on varsity — highlighted by an overwhelming senior campaign that resulted in 166 tackles (108 solo and 14 for a loss) along with four pass break-ups, three forced fumbles and three interceptions.

Pool fittingly enough earned all-state first team that season and was also selected to play in the Offense-Defense All-American Bowl.

Harbour burst onto the scene to be named 13-5A newcomer of the year as a freshman. It was not just for his work in the middle of the field, where he recorded 86 tackles — he also contributed in the short-yardage offense and as the kicker.

There was no sophomore slump, as he had 104 tackles on is way to the 13-5A first team. Harbour helped the Lions to their first district title as a junior, amassing 129 tackles, with six for a loss, to not only earn first-team all-state honors at linebacker, but a selection to the second team as kicker.

Harbour finished off his career with 123 tackles with nine for loss to earn 7-5A Division II Defensive MVP. Overall, the Naval Academy pledge finished with 442 tackles, 27 for loss, on defense, 634 rushing yards and 20 touchdowns on offense, and converted an outstanding 156-of-162 extra points and 31-of-39 field goals.

Jeffers was a tackling machine for the Mustangs, particularly during his final two seasons. He was selected to the all-district team as a junior as he registered 132 tackles and showed his abilities to drop back into coverage with three interceptions.

Jeffers shined during his senior campaign for a 11-1 Sachse team, as he was honored as the 10-6A defensive MVP and named to the TSWA all-state first team after recording 141 tackles, with 21 tackles for loss, 14 quarterback hurries, five sacks, six pass breakups and a forced fumble.

Jeffers signed with Texas Tech and has not slowed down since. He led all freshmen in tackles and did the same with the sophomore class. This past season, he had 76 tackles, 9.5 for loss, and three sacks to be tabbed an honorable mention All-Big 12 selection.

Brannon was rated as a three-star recruit by ESPN, Scout and 247sports after recording 140 tackles as a senior. During his productive high school career, Brannon produced 26 tackles for loss, nine sacks, four forced fumbles and two fumble recoveries while collecting 502 career tackles and helping turn Prosper into the powerhouse program it is today.

Brannon was named to the Class 5A all-state team along with being chosen 14-5A defensive MVP and first-team all-Collin County during his senior season before taking his talents to Texas State. He was named all-district all four years of his productive high school career.

Arguably the top defensive player to ever pass through the Jaguars’ program, Lee was a force in the middle of the Flower Mound defense from 2015-17. As a sophomore, he earned district defensive newcomer of the year before authoring a pair of dominant seasons as a junior and senior.

In 2016, he logged 146 tackles and six sacks as part of an all-state honorable mention campaign, and then added 126 tackles (17.5 for a loss) on top of three sacks, a forced fumble and two pass break-ups to earn an all-state first-team nod as a senior. Both years, he was named his district’s defensive player of the year.