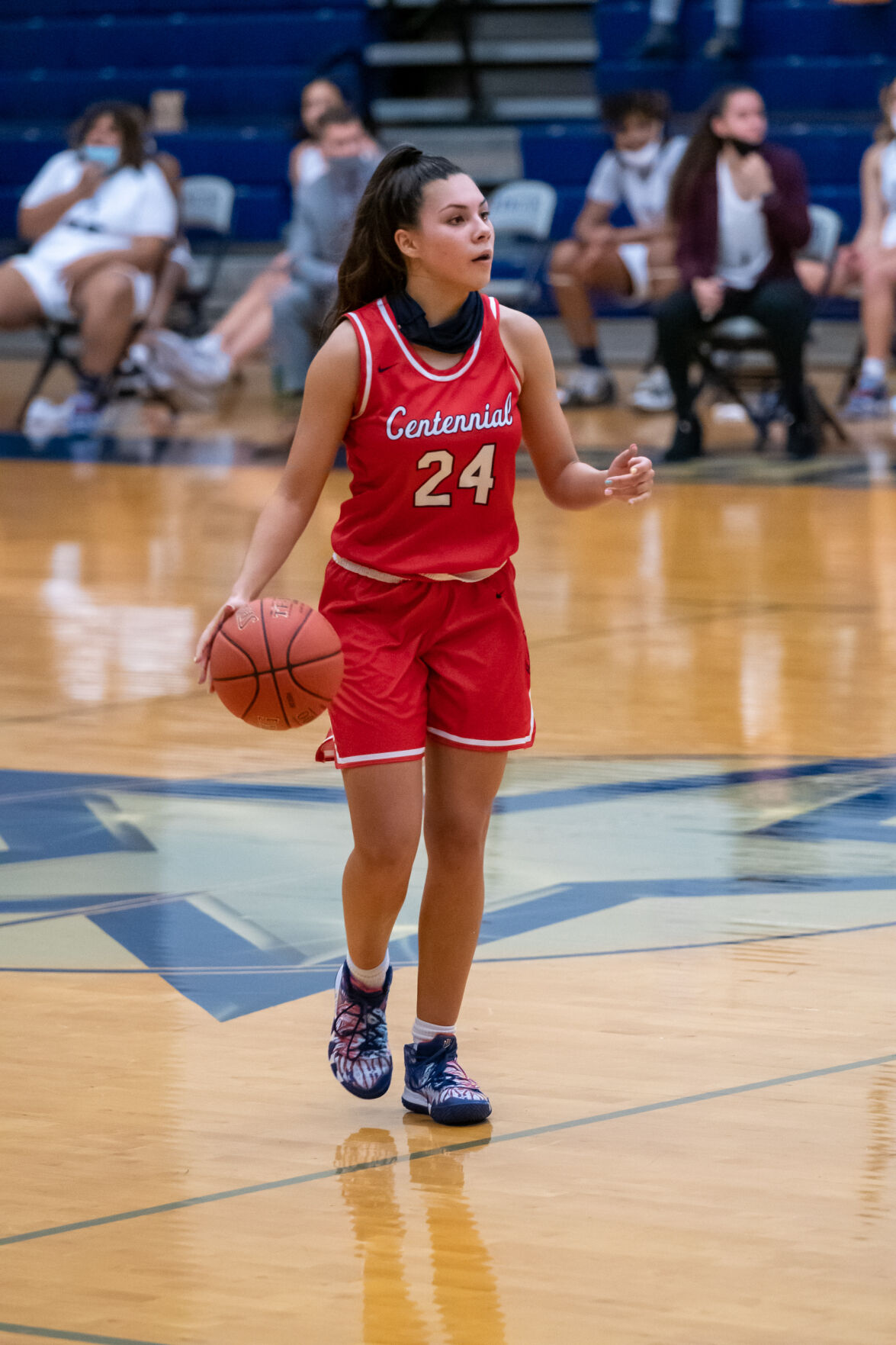 Centennial senior Leila Patel was named the 9-5A most valuable player. 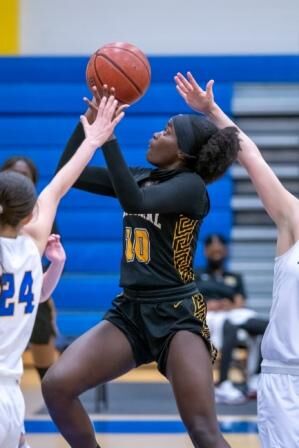 Memorial junior Jasmyn Lott was selected as the 9-5A defensive player of the year.

Centennial senior Leila Patel was named the 9-5A most valuable player.

Memorial junior Jasmyn Lott was selected as the 9-5A defensive player of the year.

The 9-5A girls basketball district is one of the toughest, and deepest, in the state.

How many districts can claim it had its third-place finisher advance all the way to the Class 5A state championship game?

The competitive nature was on display with every round of games, and no team was able to get through unscathed.

While each had its share of triumphs along the way, it boiled down to a four-team battle for the top spot and the playoff berths, and that was represented on the 9-5A all-district team.

When the dust settled, it was Lone Star who was able to claim the 9-5A championship, suffering only one blemish on its way to a 17-1 district record.

The Rangers, who advanced to the third round before falling to Wylie East, were led by junior Kyla Deck, who was selected as the 9-5A offensive player of the year.

Deck, who poured in a season-high 30 points in a second-round playoff win over South Oak Cliff, averaged 15.5 points, 6.0 rebounds and 2.4 assists per game, as she was also named to the all-region team.

Lone Star freshman Hannah Carr was chosen as the newcomer of the year and head coach Todd Monsey and the assistants were named coaching staff of the year.

Deck and Carr will be rejoined by sophomore Jordyn Devaughn, who was a first-team selection.

Memorial returned to the playoffs for the second straight season after a runner-up finish to Lone Star and had five players recognized, including a pair of superlative award winners.

Teammate Brynn Lusby made an immediate impact during her freshman campaign and was voted the co-Sixth Woman of the Year.

Junior Cammie McKinney earned first-team honors and junior Jordan Conerly and freshman Falyn Lott were named to the second team as all five honorees are expected to return next season.

Liberty finished third in the district standings, but once again saved its best for last, returning to the state title game for the third consecutive season, but came up just short of defending its championship after a close loss to Cedar Hill.

The Redhawk had one major award as senior Lily Ziemkiewicz was recognized as the co-Sixth Woman of the Year.

Junior Jazzy Owens-Barnett, who led Liberty in scoring at nearly 15 points per game, was chosen to the first team and senior Maya Jain and sophomore Journee Chambers were second-team selections.

Centennial was the fourth and final playoff team out of 9-5A and it claimed the biggest honor as senior Leila Patel was voted as the district most valuable player.

Patel was one of the top scorers in the area, tallying 20.5 points overall and 22.5 points per game in district action. Patel was also active on the boards, pulling down 4.6 rebounds per contest.

Patel was joined by fellow senior Madison Ott, who was named to the first team after she averaged 16.6 points and 4.7 assists.

Reedy finished just out of the playoff picture, but its efforts were recognized with a pair of selections in first-team junior Harley Harbour and second-team junior Adrianna McCoy.

Rounding out the honorees were Frisco freshman Abby Walsh and Lebanon Trail freshman Paris Baker, who were each named to the second team.

6th Women of the Year

6th Women of the Year