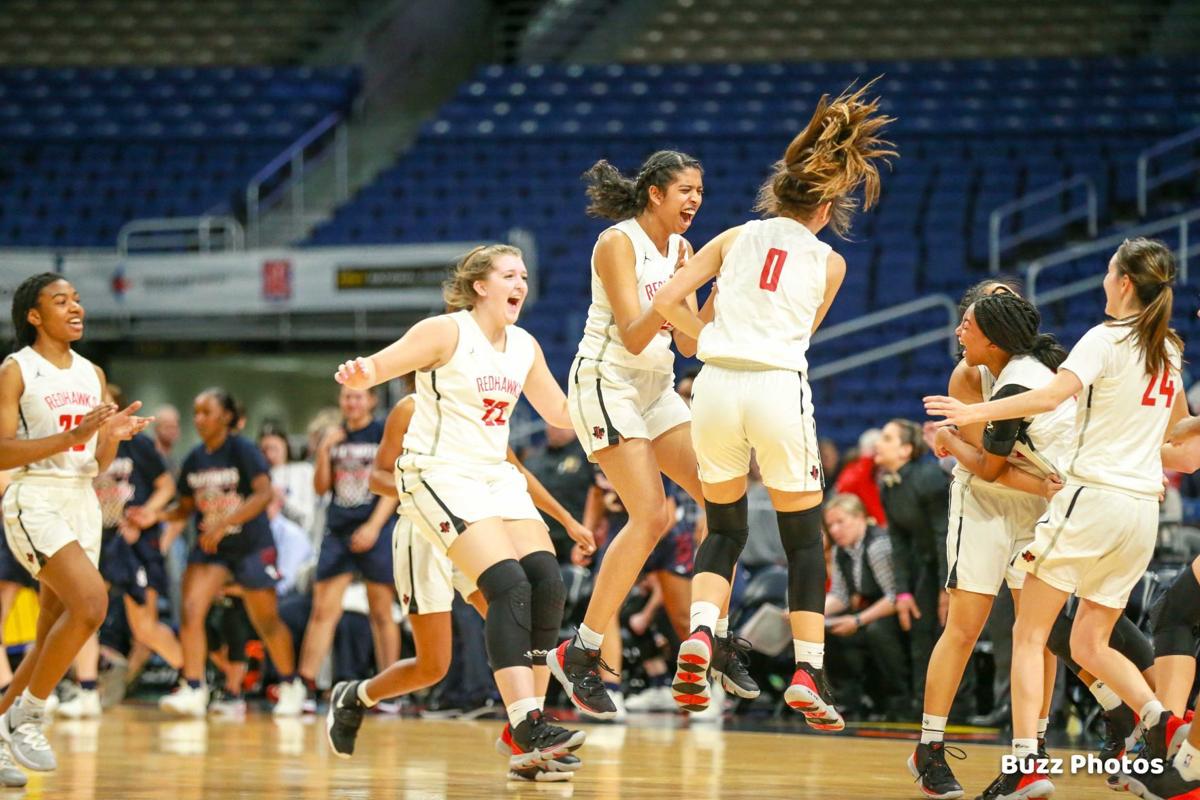 The Liberty girls basketball team captured the first state championship in school history this past season. 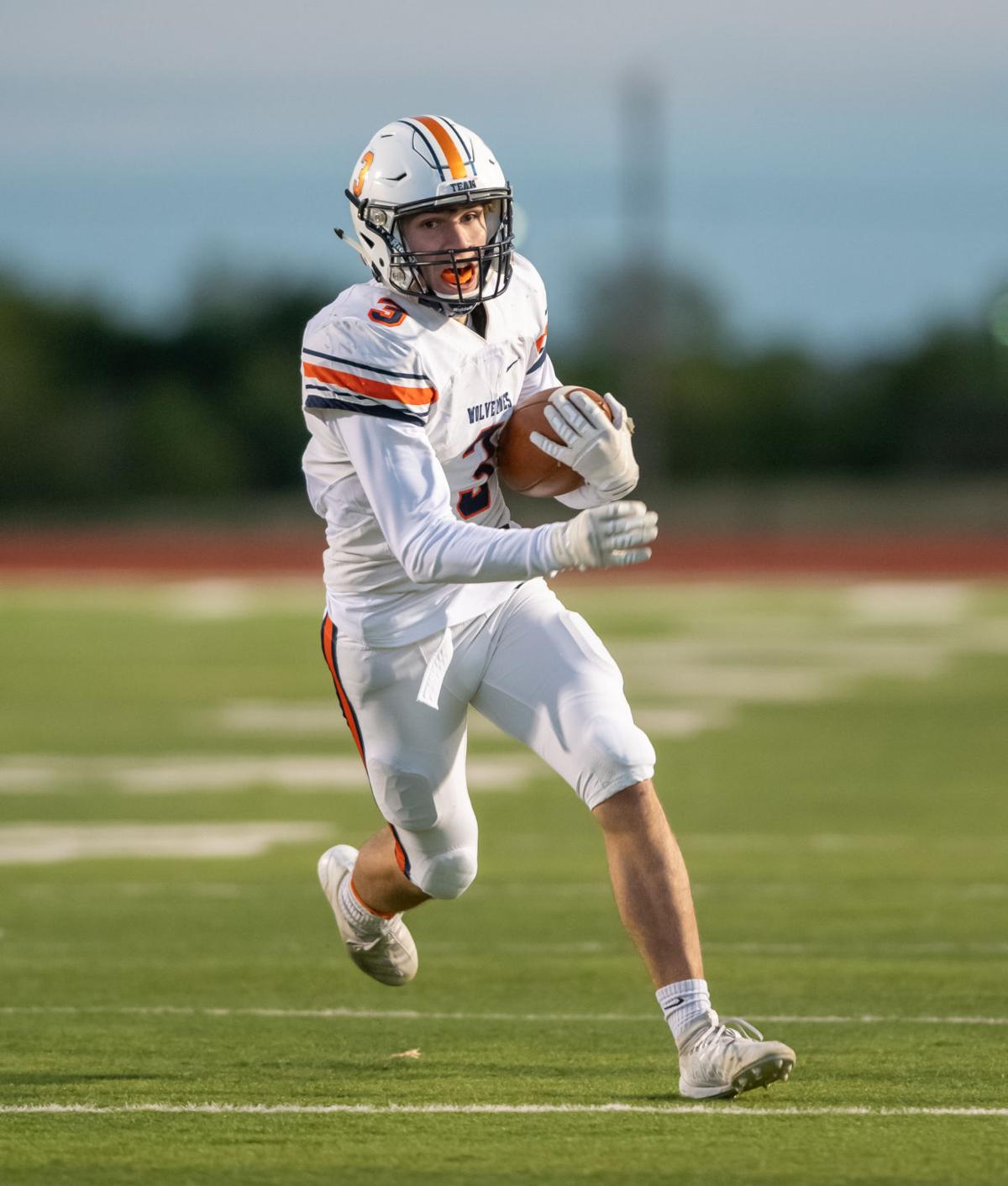 The Wakeland football team will remain in 5-5A Division 1 this season but will be facing some new challenges.

The Liberty girls basketball team captured the first state championship in school history this past season.

The Wakeland football team will remain in 5-5A Division 1 this season but will be facing some new challenges.

1. What team enjoyed the best season?

Frisco ISD teams came close to state championships in a number of sports and there were several squads in the spring that had legitimate title chances, but the one team of destiny was the Frisco Liberty girls basketball team, which captured the program’s first state championship shortly before the athletics year was cancelled due to the COVID-19 pandemic.

Though they had advanced to the state title game the previous season, the Redhawks did not open many eyes early on. Breaking in a number of new players, they were only 12-9 during a tough non-district slate.

They started to put things together at the start of 9-5A play, posting a 16-2 record en route to the district crown.

The turnaround coincided with younger players coming of age. Sophomore Jazzy Owens-Barnett would go on to capture district most valuable player honors. Junior Maya Jain also made the all-district team and several other players stepped up at various times, such as Ashley Anderson, juniors Lily Ziemkiewicz and Zoe Junior, sophomores Ashley Anderson and Kamen Wong and freshman Jezelle Moreno.

Liberty played hard-nosed defense and learned how to win close games during the district slate, with four victories by five points or less.

That ability to close would prove important during their playoff road.

In the regional quarterfinals, they ran into rival Centennial, where they were able to eke out a 32-31 victory.

After a close win over Red Oak, they dug deep to take out Midlothian in three overtimes in the regional finals and also went to overtime in the state semifinals to earn a 44-41 win over College Station.

The defense told the story in the finals, as they held Veterans Memorial to only 15 points during the final three quarters as they claimed a 35-26 victory and the Class 5A state championship.

FISD boasts one of the strongest all-around athletics departments of any school district in the state and those talents were once again on display, where multiple teams made playoff runs in several different sports.

Frisco Lone Star advanced to the state semifinals in football to lead a trio of FISD teams who made it three rounds deep. Two volleyball teams advanced to the regional quarterfinals and Reedy and Wakeland qualified both their girls and boys cross teams for the state meet, highlighted by Reedy junior Colleen Stegmann winning the individual championship.

Then, of course, there is the aforementioned Liberty girls basketball state titlists.

All of those teams should be equipped to enjoy similar success in the upcoming school year, but in no sport as FISD shown the level of consistent excellence as it has on the pitch.

The Wakeland boys had qualified for four consecutive state tournaments, winning titles in 2017 and 2018, and were ranked No. 1 in the Texas Association of Soccer Coaches Class 5A Region 2 poll. They were joined by No. 5 Frisco and No. 6 Centennial.

There was perhaps even more depth on the girls side, where the district was represented by No. 1 Independence, No. 3 Lebanon Tail, No. 4 Memorial, No. 5 Wakeland and No. 9 Liberty.

FISD teams have shown the ability to reload and that should once again be the case, as the all-district teams were littered with players who will return next season.

3. What lies ahead in cross country?

The FISD cross country teams will once again be formidable in the fall.

The Reedy girls placed fourth at state last season, led by individual champion Colleen Stegmann. Stegmann, who will be a senior, and junior Zoe Calyer swept the top two spots at the 9-5A meet and senior Madeline Fricke and junior Saloni Nehra are also expected to return.

The Wakeland girls took 12th at the state meet and its six top runners should all be back, led by juniors Chloe Smith, Cori Cochran and Brooke Hartshorn.

Overall, only five of the top 25 finishers at the 9-5A meet were seniors.

There are similar reasons for optimism on the boys side.

Reedy, which was eighth at state, featured a pair of freshmen in Garrick Spieler and Will Spurrier, as well as junior Luke Lawson and sophomore Aiden Gonzalez.

Wakeland, who finished 12th in Round Rock, expects to return five of its seven runners, led by senior Cayden Marsh and junior Nati Enright.

The district meet results further reinforces the returning stretch, as 17 of the top 25 finishers should return.

4. How has the football landscape changed with the new realignment?

There were not a lot of major alterations to the 5-5A Division 1 and 7-5A Division 2 fields, but the few changes were notable.

The biggest change within FISD was Liberty dropping down to Division 2 and Reedy making the jump up to Division 1.

Last season, five FISD teams qualified for the playoffs, with Lone Star advancing to the state semifinals in Division 1 and Independence making it to the regional semifinals, while Frisco went three rounds deep in Division 2.

Much of 5-5A remained the same, with Lone Star, Independence, Wakeland, Heritage and Centennial remaining along with The Colony. Reedy moves up to replace Liberty, but the biggest factor is the arrival of Denton and traditional powerhouse Denton Ryan, who arrives from Region 1 and who knocked off Lone Star in the state semifinals a year ago.

In 7-5A Division 2, Frisco, Lebanon Trail and Memorial remain along with newcomer Liberty. The district also returns Lovejoy, a playoff team from a year ago, Denison, Princeton and Lake Dallas.

The other change is replacing Denton Braswell, the district runner-up last season, with Prosper Rock Hill, which is playing its first varsity season, but also comes from a talent-rich area.