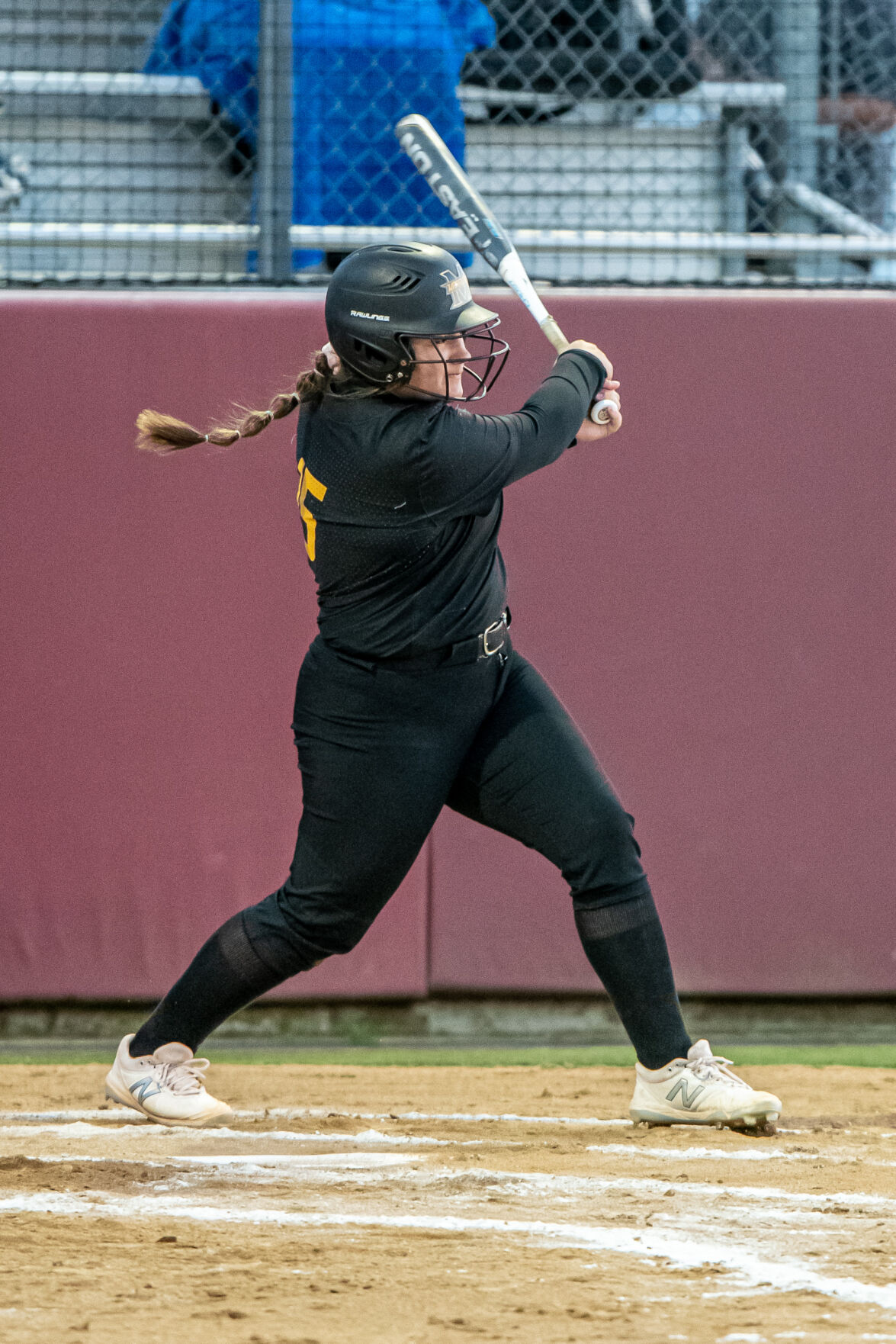 The Memorial softball team was one of several at the school to enjoy a breakout season, as it captured its first playoff berth, district championship and postseason victory. 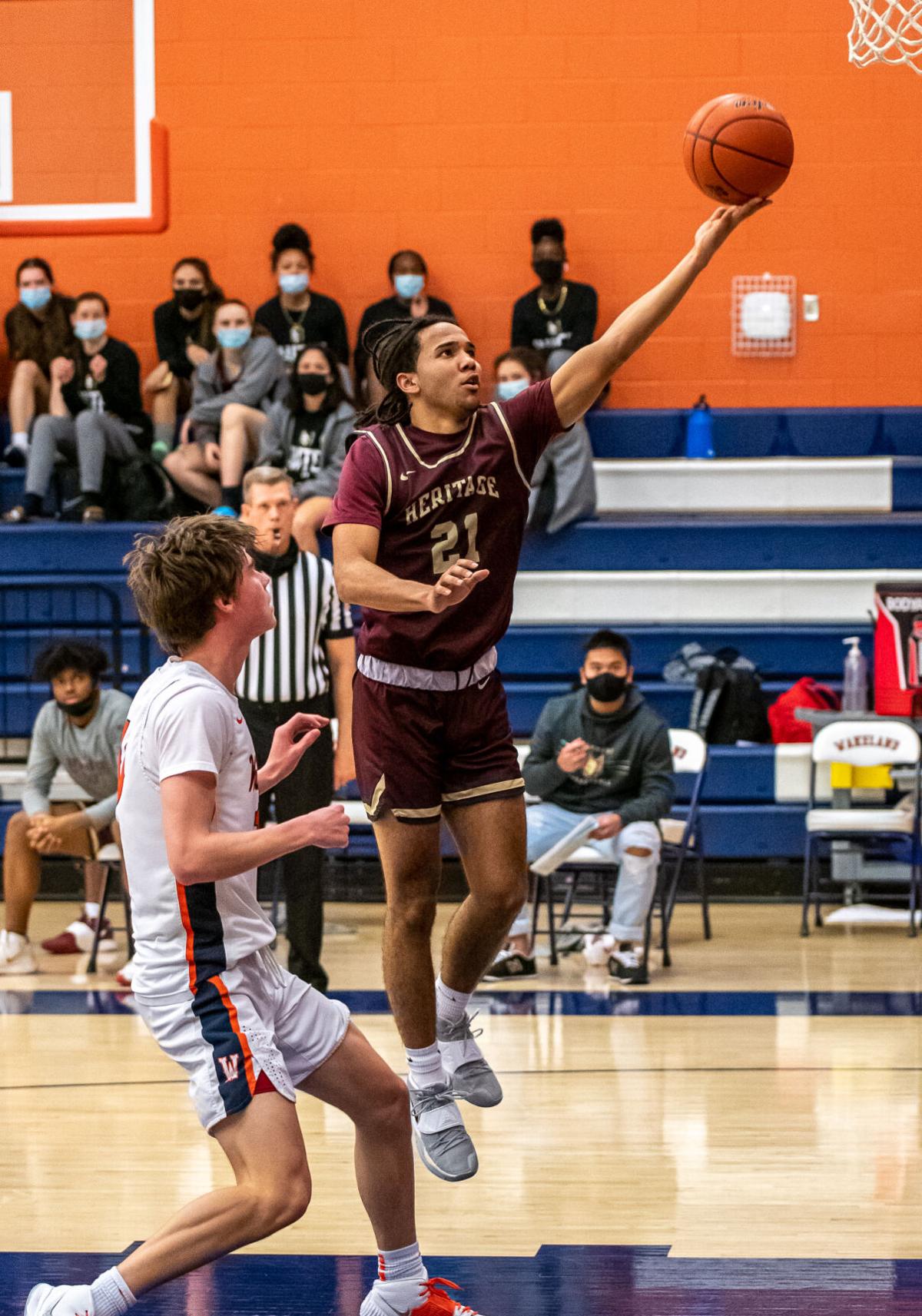 Julian Cleary and the Heritage boys basketball team bounced back from a rough 2019-2020 season by making the playoffs this season.

The Memorial softball team was one of several at the school to enjoy a breakout season, as it captured its first playoff berth, district championship and postseason victory.

Julian Cleary and the Heritage boys basketball team bounced back from a rough 2019-2020 season by making the playoffs this season.

The end of one chapter gives way to the start of another, and such is the case as teams around the state begin preparations for the 2021-22 school year.

For some, that means a fresh start as they look to get back on the winning track, while for others, it represents an opportunity to build on what they accomplished in the past year.

Sometimes this is an easy question to answer, as one team goes on such a remarkable run that they separate themselves from the field.

There were several notable candidates during the past year with teams either making the playoffs for the first time, notching their first postseason wins or breaking a notable drought.

But the nod here goes to the entire Memorial athletic program.

Though the Warriors are one of the youngest programs in the area, having started varsity play in 2018-19, only the girls basketball teams had broken through to make the playoffs during the first two years.

That changed dramatically during the last nine months, where the Memorial volleyball, boys basketball, girls soccer and softball teams all enjoyed breakthrough seasons.

It came down to the wire, but Memorial showed a veteran side by winning four of their final 9-5A matches to hold off Wakeland by one game for the fourth and final playoff berth.

The girls basketball team followed suit, as they not only made the playoffs for the third consecutive season, they also won the first playoff game in program history.

Led by 9-5A defensive player of the year junior Jasmyn Lott, sixth woman of the year freshman Brynn Lusby and all-district performers in juniors Cammie McKinney and Jordan Conerly and freshman Falyn Lott, the Warriors put together a 21-5 regular season and went 15-3 in district to earn the second seed.

Memorial was not finished, as it earned a 42-38 win over Princeton to advance past the bi-district round for the first time and then rolled over Lancaster in a 49-31 victory to claim the area championship.

The Warriors fell to a familiar face in the regional quarterfinals, as Liberty posted a 33-28 win to eliminate them from the race, but with all five all-district performers expected to return, they should be right back in the mix next season.

The boys basketball team enjoyed a breakthrough, becoming the first boys team from the school to make the playoffs.

Led by the all-district quartet of sophomore Drew Steffe and juniors Isaiah Foster, Avery Jackson and Josh Thrower, the Warriors posted a 15-10 overall record, including 12-6 in district play to punch their first postseason ticket.

As the year shifted into spring, the girls soccer and softball teams continued to raise the bar.

On the pitch, not only did the girls soccer team qualify for the playoffs, they tied Wakeland atop the standings to earn a share of their first district title.

Rafael Flores was voted as the 9-5A co-coach of the year and they featured plenty of talent on the field.

The Warriors were not finished.

They earned their first playoff win by outlasting McKinney North in a shootout. Memorial liked that feeling so much, it followed that up with a 4-1 win over W.T. White in the area finals and a 4-0 blanking of Carrollton R.L. Turner in the regional quarterfinals.

Their first appearance in the regional semifinals saw them take on perennial powerhouse Highland Park, and the Warriors showed they can compete with the state’s elite, taking the Scots into a shootout before falling just short.

The cherry on top of the breakthrough season came courtesy of the softball team.

After being denied a chance to make the playoffs a year ago due to the COVID-19 pandemic, Memorial took full advantage of its return to the diamond, posting a 15-3 record to capture the school’s first outright district championship.

Like the girls soccer team, Memorial was not done, as it earned victories of 3-1 and 6-5 over Wylie East to advance for the first time. They added an area championship with a 14-1 win over Adamson before falling in the regional quarterfinals to Prosper Rock Hill.

It was a great all-around season for the Warriors, but given how young the program still is, they feel the best is yet to come.

There were a number of contenders for this honor, though some spring teams did not have a chance to put together a full sample of a season last year due to the pandemic.

But one team that stands out is the Heritage boys basketball team.

The Coyotes had made the playoffs as recently as 2018, but did not qualify in the last two seasons, and a year ago, they were 11-22 overall and 5-13 in district, putting them in eighth place.

Heritage was determined to right the ship and it did just that.

Led by coach of the year Jibran Kelley, co-offensive player of the year junior Nicholas Jett, first-team all-district senior Julian Cleary and all-defensive team selection Zachary Benn, the Coyotes set the tone from the start with a 6-1 non-district start.

Though Heritage stood at 4-3 at one point in the 9-5A season, they caught fire down the stretch, winning their final 11 district games to finish 15-3 and in second place, just one game behind Wakeland.

They were not quite done, as Cleary poured in 18 points, Benn tallied 11 and Jett and Taven Washington and Jett each added 10 to lead the to a 59-54 victory over Prosper Rock Hill to advance in the playoffs for the first time since 2014.

Though the road came to an end in the area finals against perennial power Lancaster, Heritage had to feel good about how far it had come over the last year.

3. How did Frisco Legacy Christian measure up during the last athletics year?

Since opening its doors in 1998, Frisco Legacy Christian has enjoyed its share of success in athletics. Most recently, that includes the boys basketball team winning state two years ago, the track and field team capturing the state title in 2017 and the girls golf team earning three state championships.

The Eagles were not able to add any team championships to the trophy case during the last school year, but there still plenty of accomplishments to celebrate.

Legacy Christian got off to a good start with both the volleyball and football teams qualifying for the playoffs and advancing to the area round.

The Eagles girls basketball team made some noise. After a forfeit win over Garland Brighter Horizons, they picked up a 51-22 win over Flower Mound Coram Deo to advance to the regional finals, where they were knocked off by Dallas Christian.

The boys basketball team also picked up a playoff win against Austin Hyde Park before edged 51-48 by McKinney Christian in the area finals, and the girls soccer team also qualified for the postseason.

The Eagles opened the playoffs with a 5-1 win over Bishop Dunne and followed that up with a 8-0 rout of Flower Mound Coram Deo.

Legacy Christian then captured the regional championship with a 3-0 blanking of Tyler Grace Community. The road came to an end in the state semifinals, though, as they were edged by Grapevine Faith Christian, 2-1, in a shootout.

The Eagles’ teams also finished the season strong, as the baseball team returned the playoffs and the softball team advanced to the regional round.