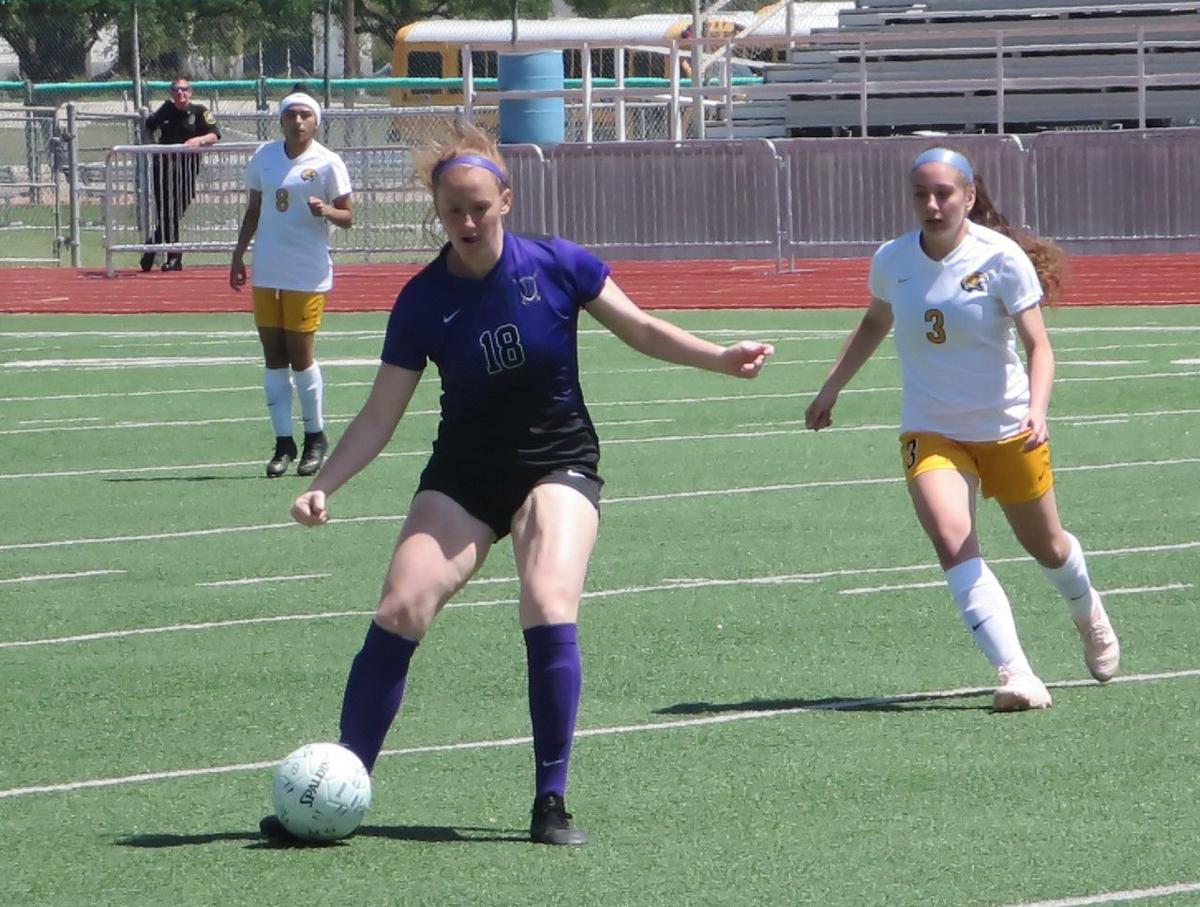 Landry Corbett and the Frisco Independence girls soccer team were ranked No. 1 in the TASCO Class 5A Region 2 poll when the season was called to a halt. 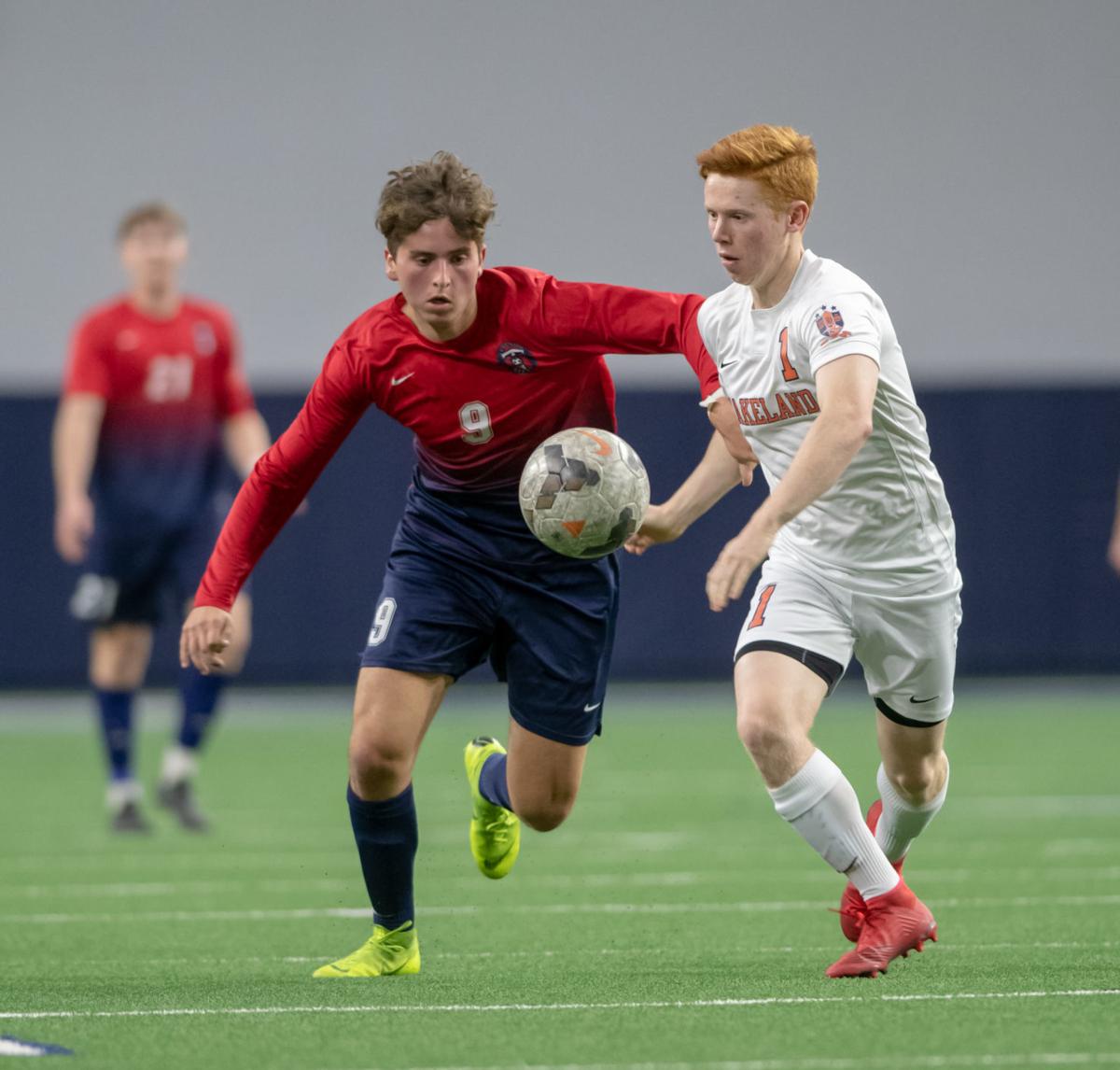 Frisco Wakeland was denied an opportunity to make a run at its fifth consecutive state tournament due to the COVID-19 pandemic.

Landry Corbett and the Frisco Independence girls soccer team were ranked No. 1 in the TASCO Class 5A Region 2 poll when the season was called to a halt.

Frisco Wakeland was denied an opportunity to make a run at its fifth consecutive state tournament due to the COVID-19 pandemic.

1. What were the biggest surprises of the past football season?

Lone Star entered the season with high expectations coming off a 10-3 campaign that saw them advance to the regional semifinals.

Despite their lofty hopes, the Rangers marched into Week 3 tasked with the assignment to do something no Texas high school football team has done this century—defeat Highland Park at Highlander Stadium

The Scots had not only been dominant at home under head coach Randy Allen, they were in the midst of one of the most successful runs in their program’s illustrious history, having won three consecutive state championships and 33 games in a row overall.

Lone Star, who narrowly lost to Highland Park the previous season, refused to be intimidated.

If there was a surprise, it was the way the Rangers took it to the Scots, as they raced to a 24-0 halftime lead, and despite the expected second-half charge, they were able to hold on comfortably for a 30-19 victory.

Lone Star became the first Texas team to walk out of Highlander Stadium with a victory since Denison back in 1998 and it provided a springboard for its eventual run to the state semifinals.

Heritage was coming off a 1-9 campaign and was not expected to challenge for a playoff berth, but made big strides and finished in a tie for fourth place in district, getting edged out of the postseason on a tiebreaker.

Over in 7-5A Division II, Frisco was picked to finish fourth in Dave Campbell’s Texas Football magazine's district preview, but the Raccoons had other ideas, posting a 11-2 record, capturing a share of the district championship and advancing to the regional semifinals.

2. How would the girls soccer season have turned out?

One of the benefits of having a 10-team school district all from the same ISD is that Frisco is guaranteed to have four playoff teams in every sport except football.

When those teams also happen to comprise one of the toughest top-to-bottom districts in the state, it primes those fortunate four that make it out to succeed in the playoffs.

There was once again no shortage of talent on the pitch in FISD this season, and in the final Texas Association of Soccer Coaches Class 5A Region 2 poll, they were represented by No. 1 Independence, No. 3 Lebanon Trail, No. 4 Memorial, No. 5 Wakeland and No. 9 Liberty.

According to those rankings, that meant a team considered one of the top 10 in the region would not make the playoffs.

As it stood with one week left, the odd team out would have been Liberty (9-7-0), but Wakeland (9-6-1) had no margin for error during the final two matches, with the Redhawks having the head-to-head tiebreaker.

Independence appeared to be the team to watch in the playoffs. The Knights (14-0-2) held down the top spot in 9-5A and had experience and motivation in their corner, having advanced to the regional finals in 2018 prior to being edged by Highland Park, 2-1.

Lebanon Trail was also not to be overlooked. The Trail Blazers (13-1-2), in just their second season as a 5A program, had already secured at least the second seed and had battled Independence to a draw in their last meeting.

3. How would the boys soccer season have turned out?

As mentioned previously, FISD was guaranteed four playoff teams, but the conversation for the last several years starts with Wakeland.

The Wolverines have been perhaps the best program in the state during the past five seasons and they had already secured the 9-5A crown and top seed in the playoffs.

Wakeland has proven it knows how to rise to the occasion, with four consecutive trips to the state tournament from 2015-2018. During that time, they won back-to-back state titles in 2016 and 2017 while falling twice in the state championship game--in a shootout to Brownsville Porter in 2015 and in a tight 2-1 decision to El Paso Bel Air last season.

The Wolverines were undefeated on the season (19-0-2), were ranked No. 1 in the TASCO Region 2 poll and No. 3 in the TopDrawerSoccer state list.

With its pedigree and talent, Wakeland was once again the odds-on favorite to not just return to Round Rock, but bring home its third state title in five years.

Though not as deep as the girls district, FISD also had Frisco ranked No. 5 in the region with Centennial checking in at No. 6 and both teams would be battle-tested heading into the playoff field.

4. What effect did realignment have on Frisco Legacy Christian?

Frisco Liberty Christian football once again finds itself in TAPPS Division II District 1, though it will face a couple of changes in the landscape.

The Eagles remain with Grapevine Faith Christian, last year’s state runner-up, Fort Worth Christian and Fort Worth Southwest Christian. Gone is Carrollton Prince of Peace, which is now in the new TAPPS League Zone 2, and the new arrival is Flower Mound Coram Deo, who is moving up after advancing to the Division III state semifinals last season.

It is a similar layout for Legacy Christian’s other sports, including the two-time defending state champion boys basketball team.

That quartet will be joined by Flower Mound Coram Deo and Carrollton Prince of Peace.