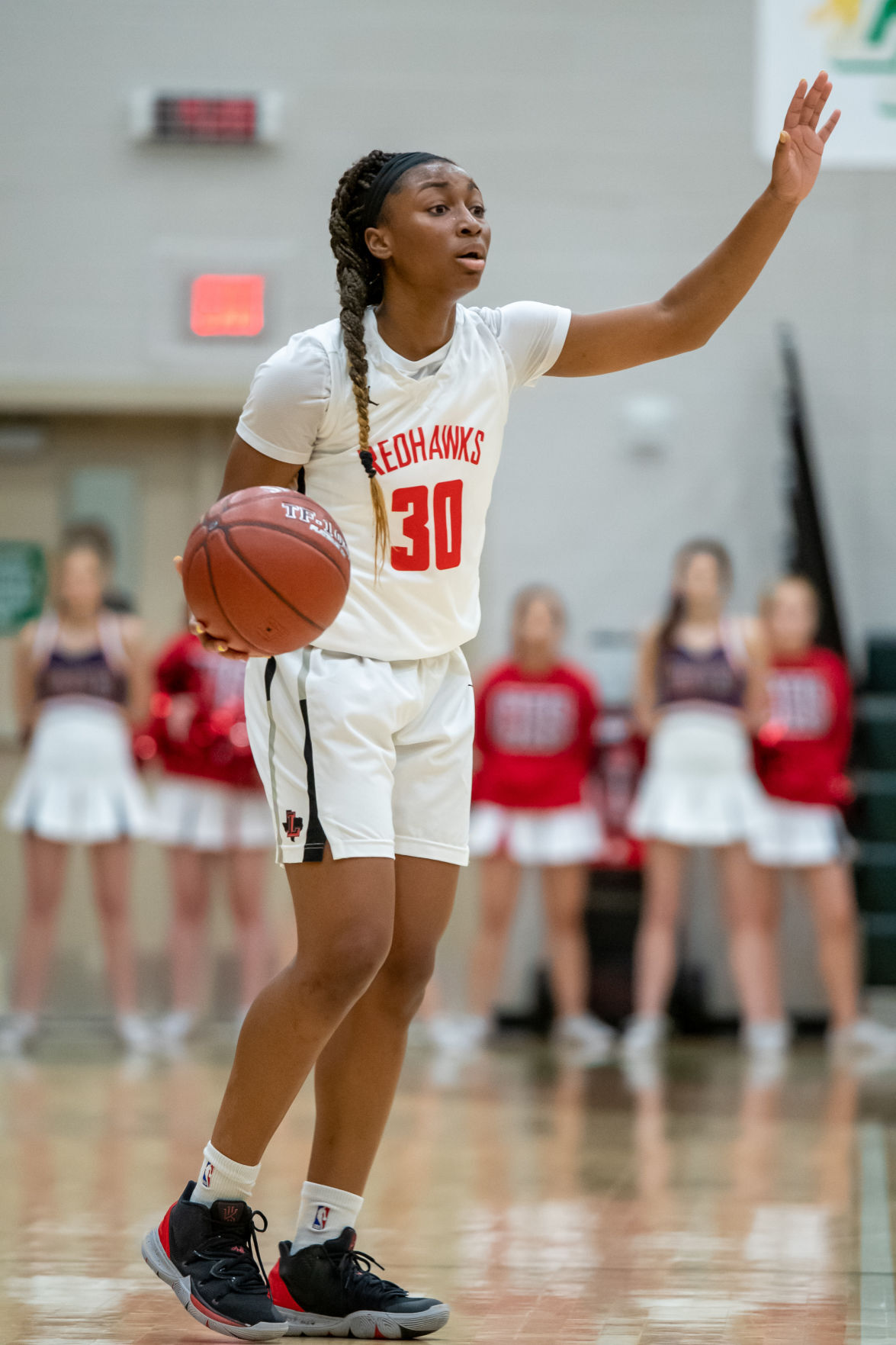 Liberty junior Jazzy Owens-Barnett is part of a deep group of returning players who will try to lead the Redhawks to back-to-back state championships. 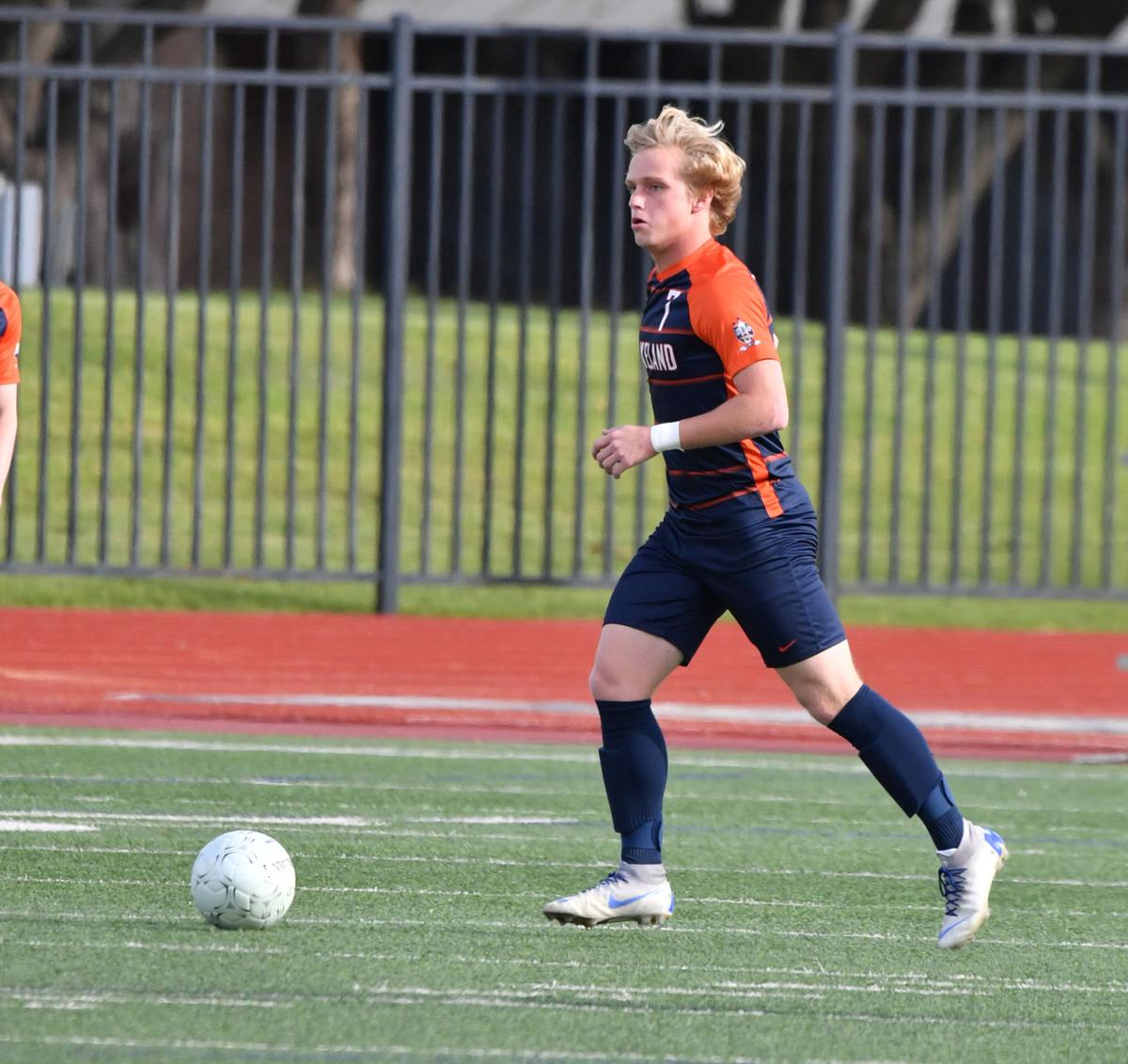 Wakeland’s Todd Fuller is one of several seniors who the Wolverines will have to replace next season.

Liberty junior Jazzy Owens-Barnett is part of a deep group of returning players who will try to lead the Redhawks to back-to-back state championships.

Wakeland’s Todd Fuller is one of several seniors who the Wolverines will have to replace next season.

The new realignment created some new challenges for local teams in the bi-district round.

Looking at football, the first round for Class 5A Division I teams—Centennial, Heritage, Independence, Lone Star, Reedy and Wakeland--might appear as if it loses some luster.

During the last two years, the bi-district round has featured some marquee match-ups with the likes of Highland Park, Lancaster and the two Mansfield ISD schools.

Lancaster is still a bi-district possibility, but the rest of first-round games will be made up of Dallas ISD and Carrollton ISD schools.

As far as the other sports, the 10 FISD teams will see some familiar faces in the first round, but that also presents some of the best bi-district match-ups in the state.

The Lovejoy volleyball team has been a regional terror for years and one FISD team will have to face them in the opening round.

The Colony boasts one of the top all-around athletic departments and always present a challenge across the board, Wylie East and McKinney North have had some strong teams and it will be interesting to see how first-year Prosper Rock Hill makes the jump into varsity play.

2. What lies ahead in the track and field landscape?

Frisco ISD track and field athletes were denied an opportunity to compete during a bulk of its 2020 season.

While the cancellation marked the end of several high school careers, there are a number of notable athletes who already have their eye on next year’s track and field season.

Reedy senior Colleen Stegmann was riding a wave of confidence after capturing the individual championship at the state cross country meet and was hoping to add to her trophy case.

A former silver medalist in the 1,600 and 3,200, Stegmann will be the favorite in Class 5A in both the fall and the spring.

Reedy teammate Madison Jeffries qualified for the state meet as a freshman and had posted the top state time in the 100 and second-fastest in the 200 according to Athletic.net.

In limited action, Lebanon Trail freshman Laila Hackett had already made an impression in the sprints, while Memorial’s Briana Johnson (200) and Lone Star’s Kailynn Jackson (400) will also be state contenders.

Lone Star sophomore Sloane Wagner will be formidable in both hurdles events and the Heritage and Lone Star relays will also be stacked.

Liberty sophomore Evan Stewart already has one state appearance under his belt, where he captured silver in the triple jump and also competed in the long jump and could add state berths in the 100 and 200.

Stewart is expected to get plenty of competition in the sprints from within the district from Lone Star’s Jaden Nixon and Lebanon Trail’s Thomas Doney.

The Wakeland boys soccer team put together one of the best stretches in state history, advancing to four straight state tournaments from 2016-2019 and capturing a pair of championships.

The Wolverines were denied another chance in the spring, and a return to Round Rock will take some new faces, as they bid farewell to all 10 of its all-district honorees, including offensive MVP Marc Barbonus and midfield MVP Todd Fuller.

The Liberty volleyball team rolled to an undefeated district championship, but next season could see another team rise to the top.

The Redhawks not only graduated two-time most valuable player Jenna Wenaas, but also four other honorees, including first-teamers Kyla Crawford and Lauren Ransom and will also have a new coach in Clark Oberle.

Wakeland won the district title in baseball in 2019 and Reedy made the playoffs, but both teams face some rebuilding.

The Wolverines lose six key position players, five of whom made the all-district team, while the Lions graduated seven all-district performers, including four pitchers.

4. By contrast, which local teams are impacted the least by graduation heading into the 2020-2021 school year?

The Liberty girls basketball team was breaking in an entire new starting five last season, but the Redhawks not only came together, they brought home the Class 5A state championship.

What was a question mark a year ago is now a strength, as Liberty graduated just one senior and they return most valuable player junior Jazzy Owens-Barnett, second-team senior Maya Jain and honorable mention selections junior Ashley Anderson and seniors Zoe Junior and Lily Ziemkiewicz.

The Independence football team is coming off a trip to the regional semifinals and returns 15 starters, including first-team quarterback Braylon Braxton.

Frisco is in a similar position in 7-5A Division II, where they bring back 16 starters, headlined by district MVP Chase Lowery.

In boys hoops, Wakeland is in good shape to defend its district crown with the return of most valuable player senior Cooper Sisco, newcomer of the year sophomore Jayce Spann, first-team junior Michael Niemann and second-team senior Keynan Russell.

The Independence girls soccer team was leading the district pack and are expected to return nine all-district performers, including defensive most valuable player senior Avery Brandt.