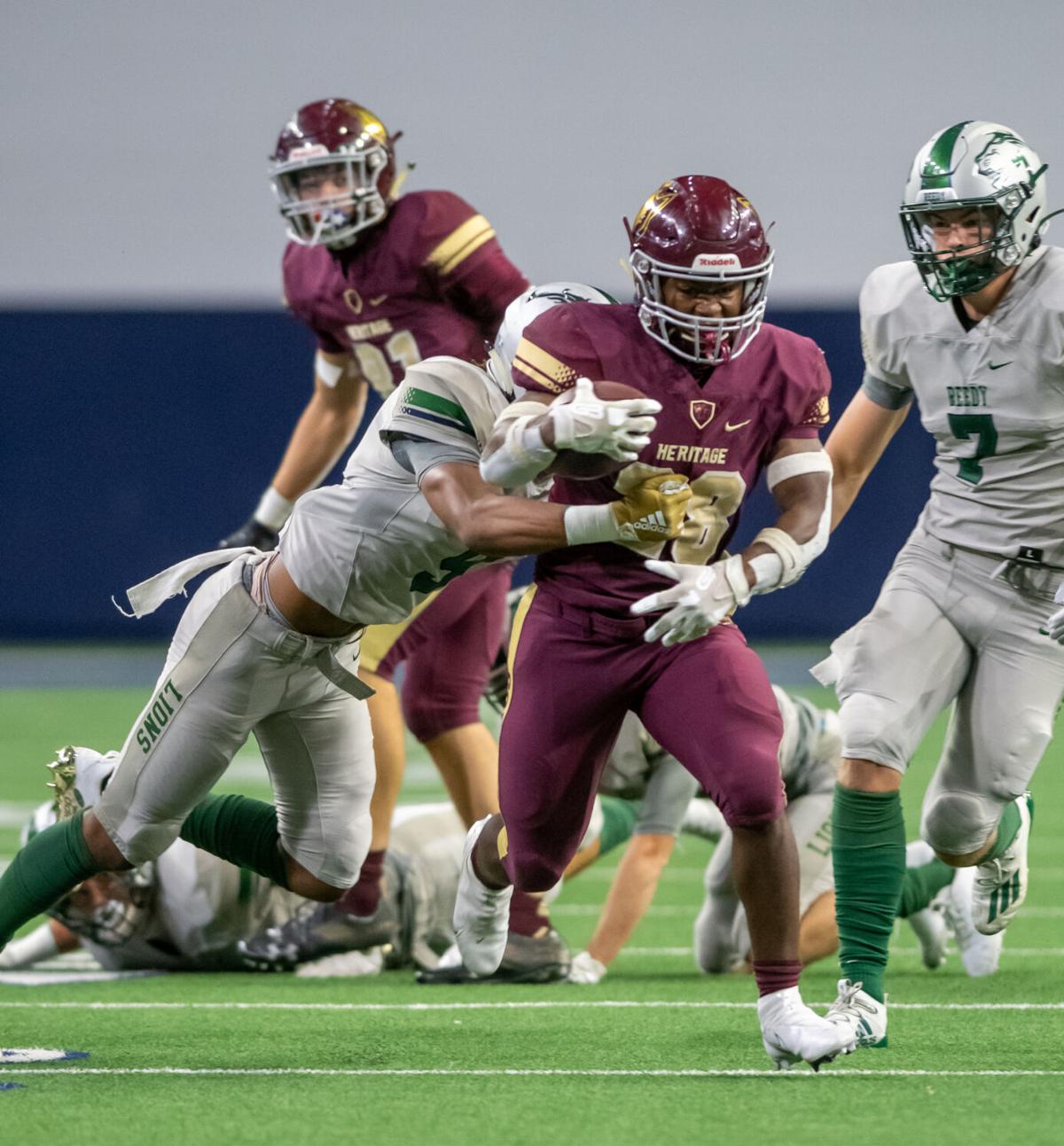 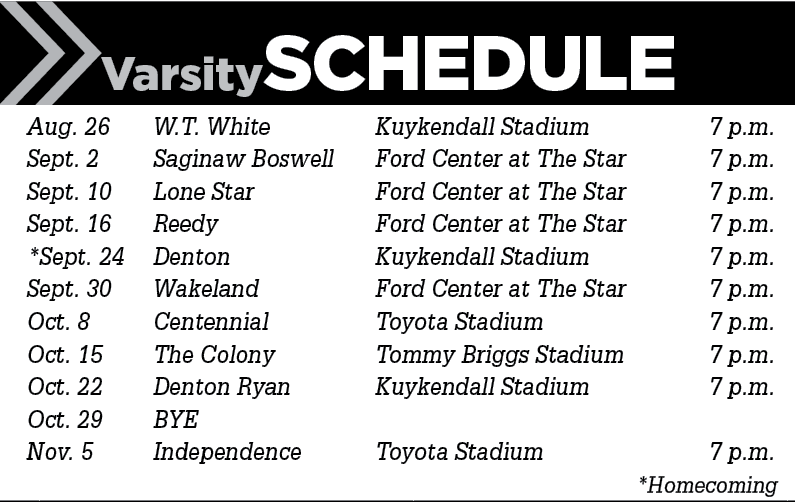 The Coyotes have a very interesting history since their inaugural campaign in 2010.

Outside of a remarkable 10-3 season in 2014, Heritage has not finished with a winning record and has not made the playoffs in any of those other 10 years as they try to stake their place in the ultra-competitive Frisco ISD.

Last season, the Coyotes went 3-7 overall and 1-7 in district, but with 15 returning starters, there is optimism that they are trending up.

Heritage put up some points even in defeats last year and they could feature one of the top offenses in the district.

Senior running back Shawn Wara was voted to the all-district first team after finishing with 154 carries for 902 yards and seven touchdowns to go along with 39 catches for 495 yards and four scores. Wara also handles kick return duties.

He was joined on the first team by junior wide receiver Bryce Gilchrist, who had 41 receptions for 522 yards and four touchdowns and also rushed for two scores, and he also filled in at quarterback at times a year ago.

Senior quarterback Easton Swetnam, a second-team selection, returns after completing 159-of-276 passes for 2,307 yards and 24 touchdowns and adding 290 yards on the ground, despite playing in only eight games. Ditto for  senior wide receiver Carsten Brewer, who had 44 catches for 881 yards and 14 scores, while Jared Bedell returns to anchor the offensive line.

The biggest question for the Coyotes’ offense will be developing an offensive line to block for those playmakers.

There is less certainty on the defensive side, where Heritage knows its needs to improve the most.

Senior Zavion Langrin returns as a leader after recording 62 tackles, with three for loss, and junior Caden Mcfarland had 53 tackles, including 11 for loss.

The Coyotes should get off to a good start against W.T. White and Saginaw Boswell, but it will be thrown right into the 5-5A Division I fire when it opens district play against Lone Star.

The Coyotes believe they can take a big step forward this season and Wara is one of the chief reasons. The senior was named to the first team in 5-5A Division I a year ago, finishing with 153 carries for 986 yards and seven touchdowns. Wara adds another dimension in the passing game, where he hauled in 39 receptions for 545 yards and four scores.