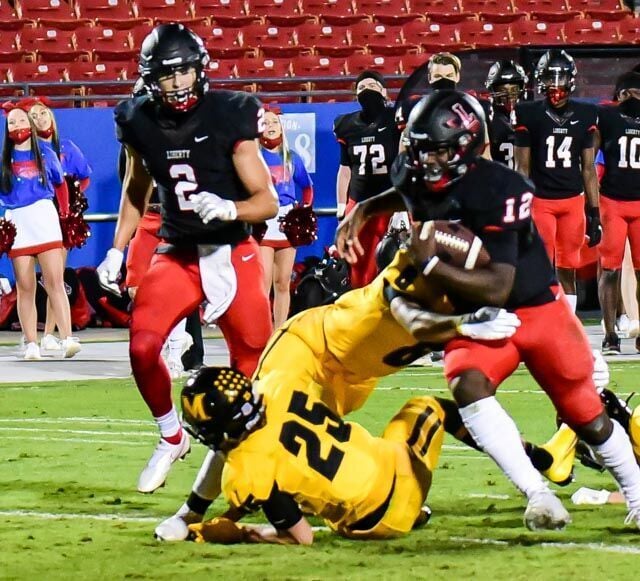 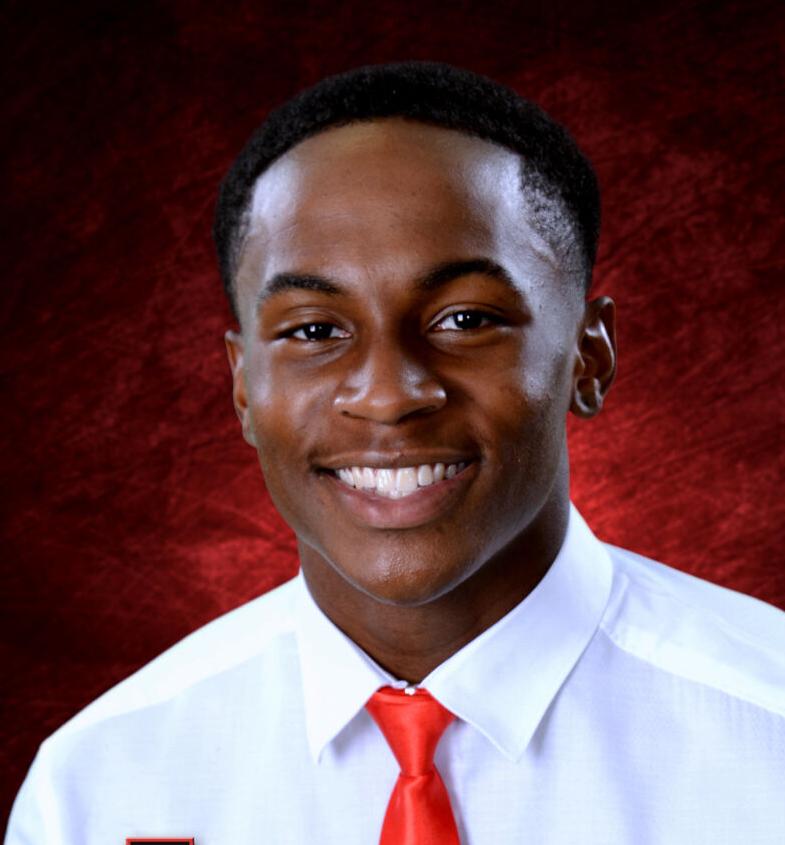 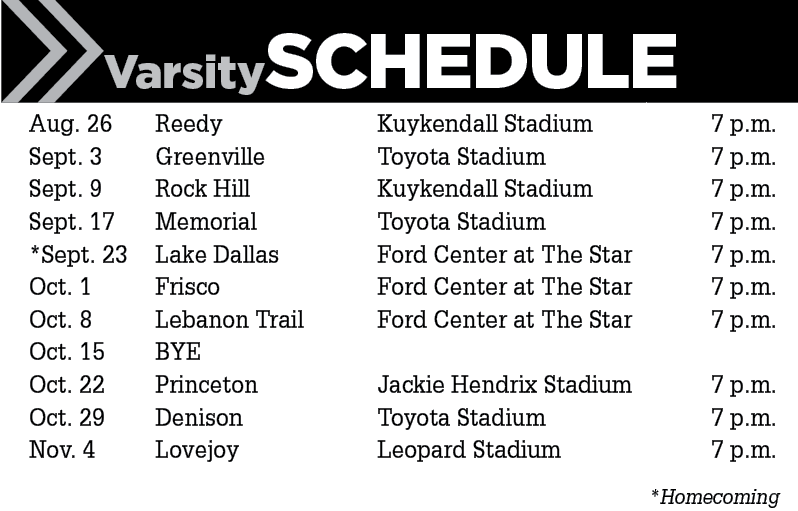 Liberty was one of the feel-good stories of the 2020 season. After winning one total game in its previous two seasons, the Redhawks put together a 6-5 season to make the playoffs for the first time since 2011.

Liberty has one of the most electrifying players in the state in senior wide receiver Evan Stewart, a Division I recruit who had 46 receptions for 913 yards and eight touchdowns a year ago.

One of the biggest reasons for the turnaround was the emergence of junior quarterback Keldric Luster, who was named offensive newcomer of the year.

Though he played in only six games, the dual-threat Luster put up eye-popping numbers, completing 98-of-155 passes for 1,603 yards and nine touchdowns and adding 93 carries for 798 yards and seven scores on the ground.

Liberty employed a balanced ground game, but senior Jack Bryan was productive with 48 carries for 338 yards and five touchdowns, and he also had 10 catches.

In addition to Stewart, senior Preston Urbine (33-353) and senior Lawson Towne (14-248) should also be big parts of the passing game.

The offensive line should also be in good shape with returning starters in senior offensive tackle Aaron Rogers and senior center Slater Eggen.

While the Redhawks feature big-time playmakers in Stewart and Luster on the offensive side, senior linebacker Daniel Ajayi fills that role on a defense that returns nine starters.

A first-team all-district selection, Ajayi posted a team-high 147 tackles, with three for loss, and added a pair of sacks.

Senior lineman Nick Teta was named to the second team with 46 tackles, and seven stops for loss.

Senior linebacker Sam Wenaas is also active in the middle, recording 66 tackles, with 12 for loss, and five sacks last season.

The Redhawks took a huge leap forward in 2020 and they feel they are poised to take it to the next level in the fall.

The Redhawks enjoyed one of the biggest turnarounds in the state last season and Stewart was a big reason. Stewart is one of the best playmakers around, with 46 catches for 913 yards and eight touchdowns a year ago, and he is poised for an even bigger season in the fall. The 6-1, 175-pound Stewart has not gone unnoticed, as the five-star is listed as the best wide receiver in Texas and fifth-best overall player by 247Sports.