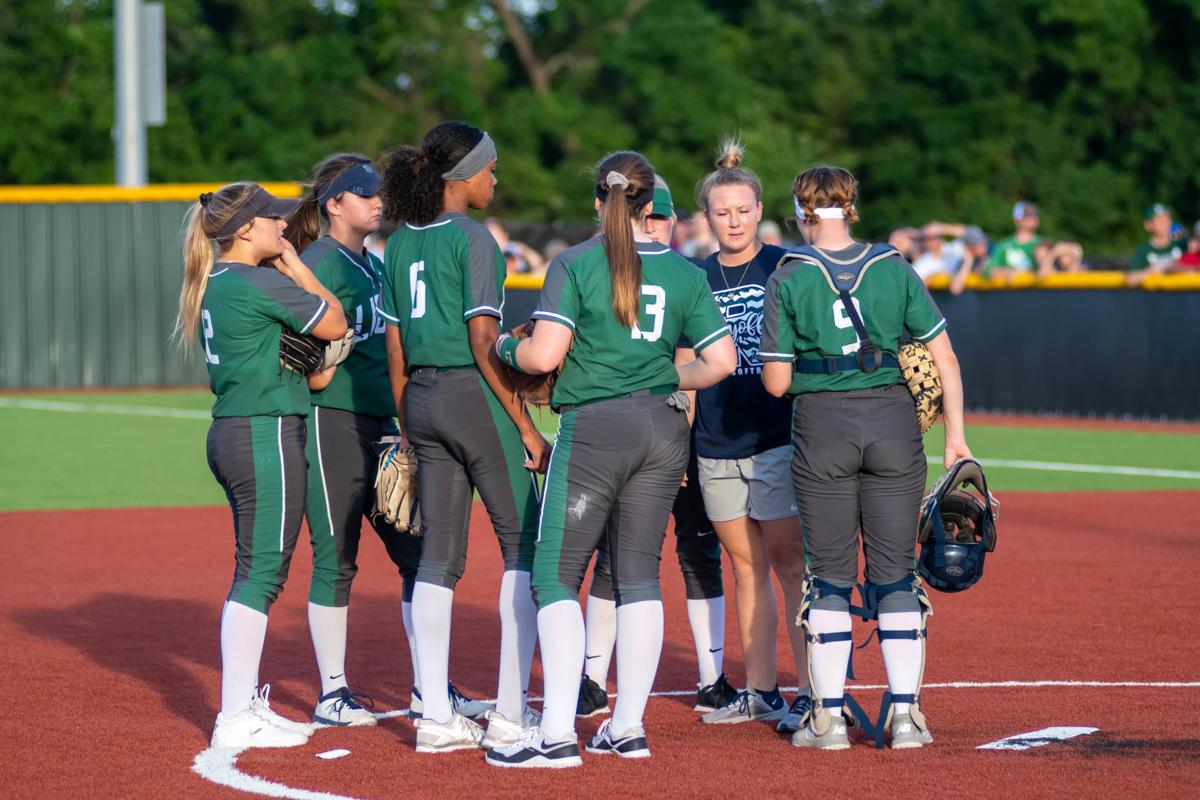 The Reedy softball team surpassed all expectations by advancing all the way to the regional tournament this past spring. 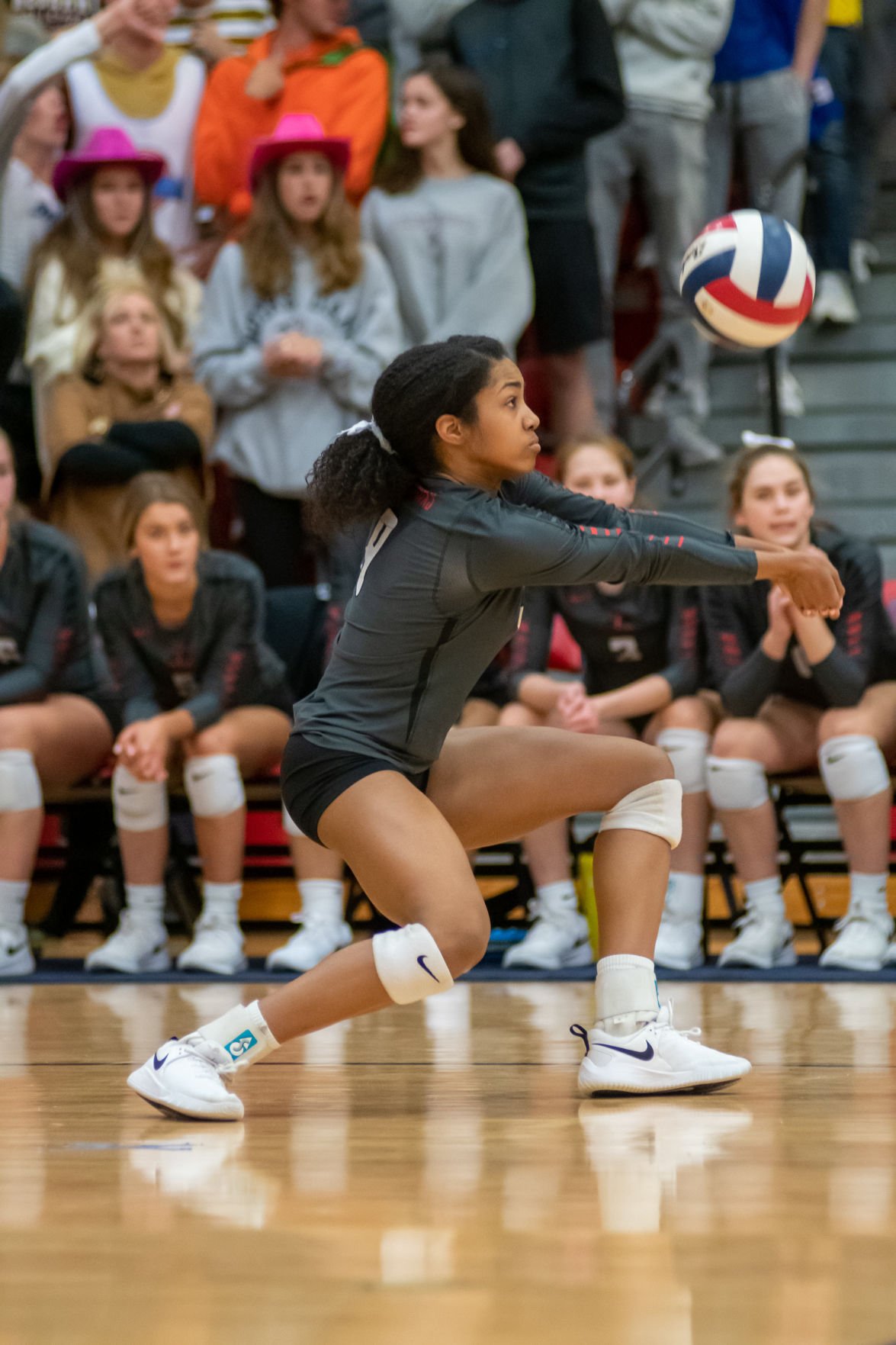 Liberty sophomore outside hitter Lauryn Hill and the Lady Redhawks sported a flawless district record this season against 9-5A competition.

With ten Class 5A high schools that have produced a plethora of local and national stories in the recent years, capping one calendar year of the Frisco-area sports scene is not an easy thing.

Between long postseason runs and records being broken on the gridiron, 2019 will go down as one to remember.

Let’s take a look back at the top 10 stories in Frisco-area athletics starting with the first half of that lineup.

The Liberty volleyball team has been a force in Frisco ISD on the court over the last decade, but the Lady Redhawks rolled out their best team yet in 2019.

Led by superstar Jenna Wenaas, Liberty not only reeled in another district title, but also ran the table against 9-5A competition to end the season undefeated at 18-0.

The Lady Redhawks then experienced quite the postseason success by reaching the third round, once again, where they were matched up with eventual state champion Lovejoy.

That match went the distance, as Liberty forced a fifth game after rallying to take set four, 36-34 before nearly knocking off the state’s No. 1-ranked squad.

It’s difficult to imagine that just two years ago the Frisco football team was in a bad place after finishing the 2017 campaign with a winless record at 0-10.

Fast-forward two seasons and the Raccoons went from the laughing stock of Frisco ISD, to one of the top Class 5A Division II teams in the area.

Frisco not only made the playoffs for the second consecutive season, but the Raccoons also brought home the district title in 7-5A Division II, holding off the likes of Lovejoy, Braswell and Reedy.

This year’s ball club also won a pair of playoff games before being eliminated in the third round at the hands of Ennis, as the Raccoons also featured the District MVP in junior Chase Lowery.

Not many people had the Reedy softball team on their radars when the postseason began last April.

The Lions were coming off of a third-place finish in District 9-5A behind Independence and Centennial, and they had never won a playoff game in the program’s short history.

But that all changed a month later, as the third-year program reached new heights when it punched its ticket into the fifth round of the playoffs

Other sports at the school such as football and volleyball have experienced early success, as volleyball reached the postseason in its first three years and football made it to the fourth round in 2018 before falling to powerhouse Aledo.

But the softball squad at Reedy took the cake by advancing further in the playoffs than any other sport – two years after winning just one district outing in 2017.

While inbounding the ball on the baseline, junior Julian Larry found senior Isaiah Lewis cutting to the basket, as he then caught it and heaved up a shot that banked in off the glass with 1.6 remaining.

The clutch shot off the backboard gave the Rangers the lead for good and a 60-56 upset victory over No.1 state-ranked Lancaster in the Class 5A Region II semifinal.

Immediately after the Lewis field goal to take the lead, Lancaster called a timeout when it did not have any left to take and was charged with a costly technical foul.

That sent Larry to the line, who then made one-of-two from the charity stripe, before the Rangers received the ball once again with 1.6 left. On the ensuing inbounds pass, Lone Star junior Andre Howard was fouled and sent to the line, where he sunk both and sealed the win over the heavily-favored Tigers.

The victory over Lancaster sent the Rangers to the regional finals the following day, where Lone Star’s stellar season came to an end against Sulphur Springs.

The Lone Star football team, which was ranked No. 1 in Class 5A Division I for a majority of the season, is fresh off of one of its best seasons in school history.

Loaded with talent on both sides of the ball, the top playmaker on the 2019 roster was undoubtedly wide receiver Marvin Mims, who continued to shatter records as the playoffs went along.

Against Lancaster in the fourth round of the postseason, the Oklahoma commit broke a 21-year state record for most receiving yards in a single season previously held by Stephenville’s Cody Cardwell on a 62-yard touchdown catch in the third quarter.

Then just a week later, Mims made more history when he broke another state record – this time for the most receiving yards in a career.