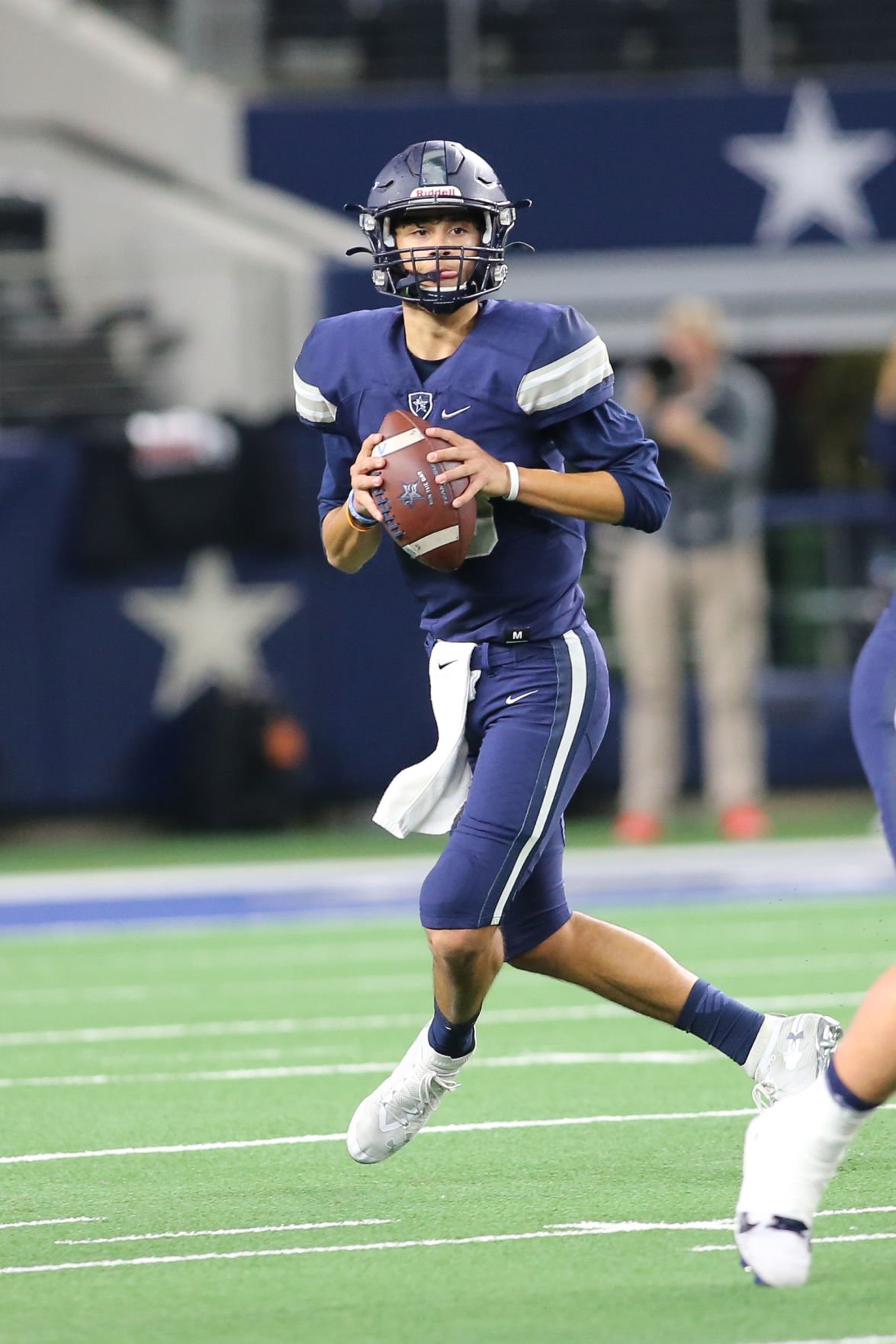 Lone Star sophomore Garret Rangel was named district newcomer of the year and to the TSWA Class 5A all-state first team after helping lead the Rangers to the state semifinals. 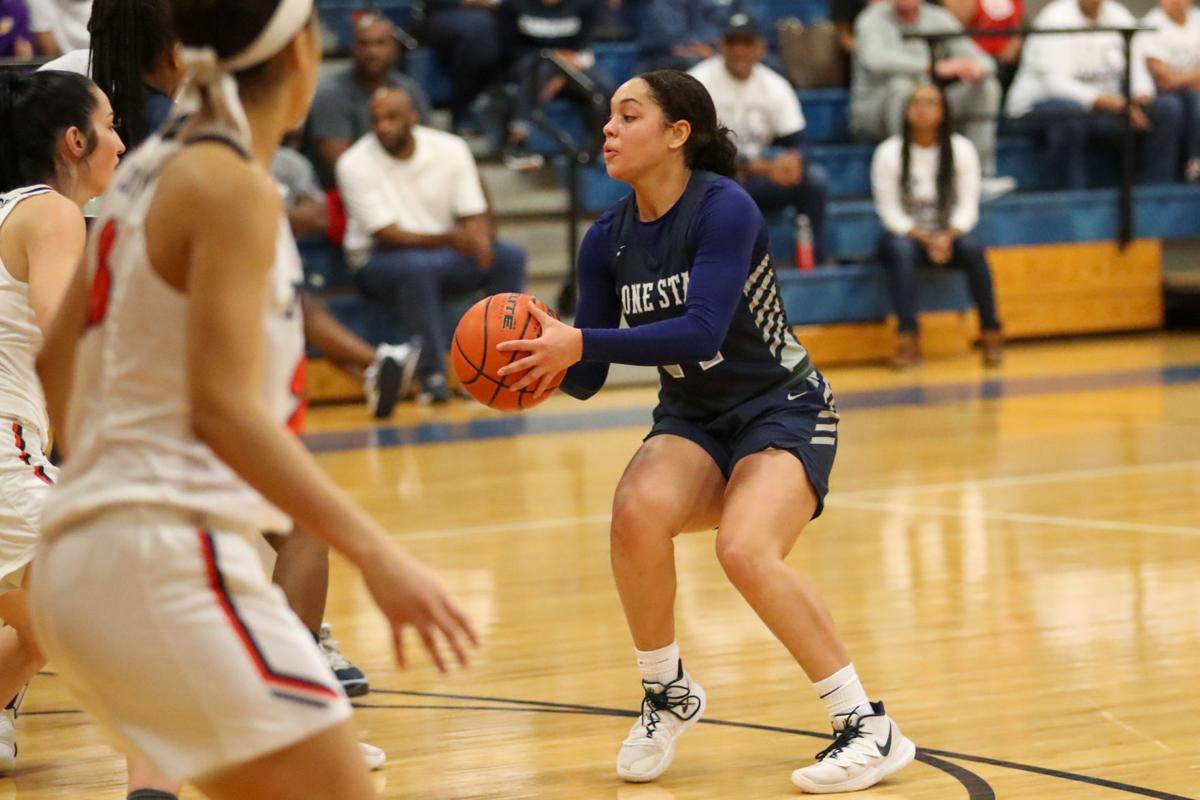 Lone Star sophomore Kyla Deck was named to the 9-5A first team this season.

Lone Star sophomore Garret Rangel was named district newcomer of the year and to the TSWA Class 5A all-state first team after helping lead the Rangers to the state semifinals.

Lone Star sophomore Kyla Deck was named to the 9-5A first team this season.

This has been a year that nobody will soon forget, with the COVID-19 pandemic touching every facet of life, including high school sports, which saw its athletic year truncated on March 12.

With that said Star Local Media presents its eighth edition of The Varsitys, the first of a three-part series.

Male Breakthrough Athlete of the Year

Lone Star has enjoyed one of the best five-year runs in the state, having compiled a 60-10 record during that time and the play at quarterback has been a big reason for its success.

Jason Shelley put up big numbers during his tenure as the starter and he was followed by solid signal callers in MJ Rivers and Julian Larry.

But none of that group, including even Shelley, was able to post the type of passing numbers that Rangel amassed last season in his first year as the starter.

Rangel announced his arrival with a pair of 400-yard passing games in blowout victories, but it was his poise on the road at Highland Park that really opened eyes around the area. Playing an opponent that had not lost to a Texas team in 21 years, Rangel looked beyond his years, as he completed 17-of-31 passes for 277 yards and two touchdowns without an interception as the Rangers toppled the three-time defending state champions in a 30-19 win.

Rangel would top the 300-yard mark in 10 games, three of which came in the playoffs as he helped lead Lone Star to the state semifinals before falling to Denton Ryan.

Overall, Rangel rewrote the team record book, as he completed 69.2 percent of his passes (279-of-403) for 4,855 yards and 50 touchdowns on his way to being named the 5-5A Division I Newcomer of the Year and to the TSWA Class 5A all-state first team.

Female Breakthrough Athlete of the Year

Deck made an immediate contribution as a freshman for the Rangers, who earned a share of the 9-5A title with Liberty before being knocked out of the playoffs by their rivals in the regional finals.

But Lone Star had holes to fill after graduating eight seniors, including 9-5A most valuable player Adryana Quezada, defensive player of the year Mia Deck and first-teamer Leah Harris.

Despite the losses, the Rangers put together another strong campaign, finishing second in district behind only eventual state champion Liberty and advancing to the regional semifinals and Deck was a key reason for their success.

Deck emerged as the team’s leading scorer. She averaged 14 points per game in district play, led the team in scoring in 11 of the 18 games and topped the 20-point mark on four occasions on her way to first-team all-district and TABC first-team all-region and all-state honors.

Deck stepped up her game in the playoffs, scoring 22 points in a bi-district win over McKinney North and 13 in the area finals against Highland Park.

In the regional quarterfinals, Deck turned in one of the best all-around games of the playoffs, recording 28 points, seven rebounds and six steals as the Rangers rallied from a 15-point deficit to down Denison and advance to the regional  tournament.

Story of the Year

What else could this be?

Never in the history of Texas high school athletics has an event affected the landscape the way that the COVID-19 pandemic has done during the last few months.

As the wave of the virus spread across the nation during early March, few realized the severity of the situation, even after the University Interscholastic League announced the suspension of all sports in the midst of the boys basketball state tournament on Mar. 12.

This was not unprecedented at the time, as back in 2009, the UIL suspended all activities due to the H1N1 flu, also known as the swine flu.

That postponement lasted 13 days before sports returned to normal, but it soon became clear that this was far more serious.

The UIL, in conjunction with state athletic directors and other administrators, explored every option available, but in the end, it had no choice but to act and on Apr. 17, they made the announcement that the remainder of the athletics year was cancelled.

The lack of closure was disappointing for all parties, but especially the Class of 2020, many of whom will never play competitive sports again.

The pandemic has not subsided since, and in fact, has spiked in Texas again during late June and into July.

Athletes were allowed to return to summer workouts on June 8, but many schools called that off after discovering positive cases on campus.

Most recently, the UIL recommended that summer workouts be postponed until Monday, but the near future and future of the fall sports seasons remains very much up in the air.