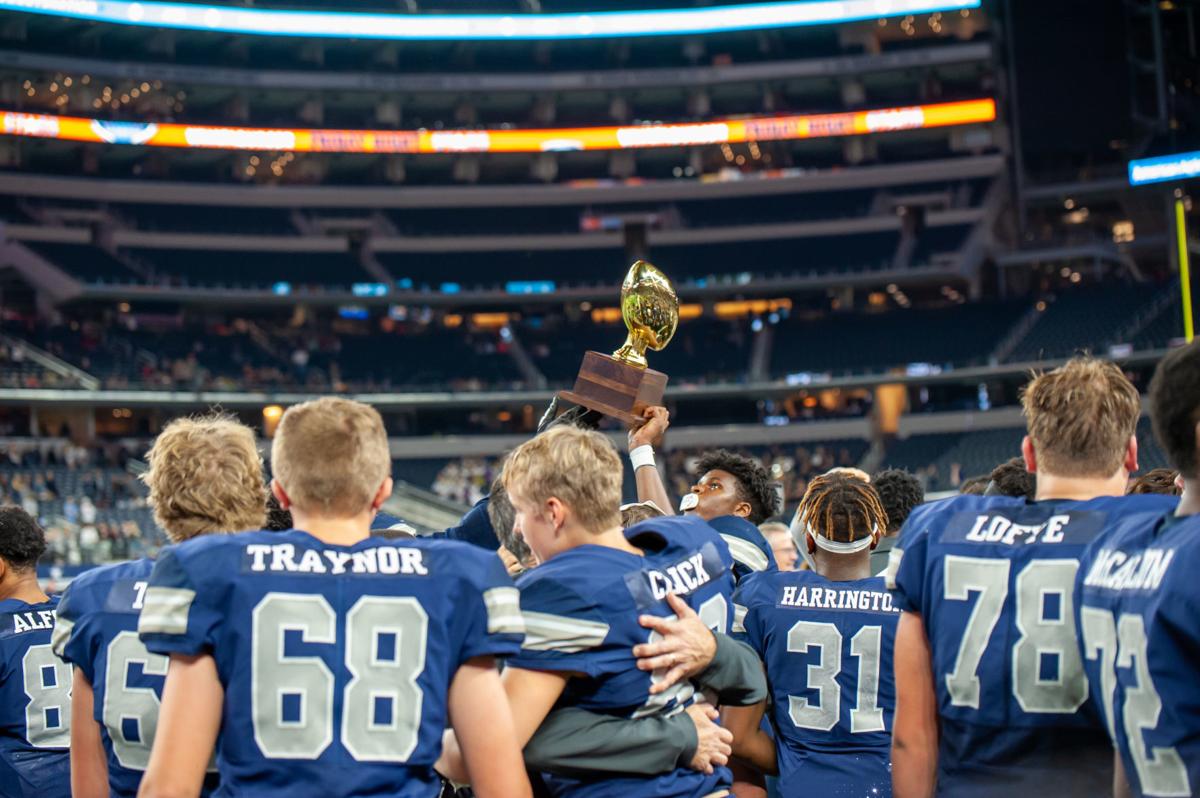 Lone Star celebrates its 33-27 victory over three-time defending state champion Highland Park in the Class 5A Division I Region 2 semifinals. 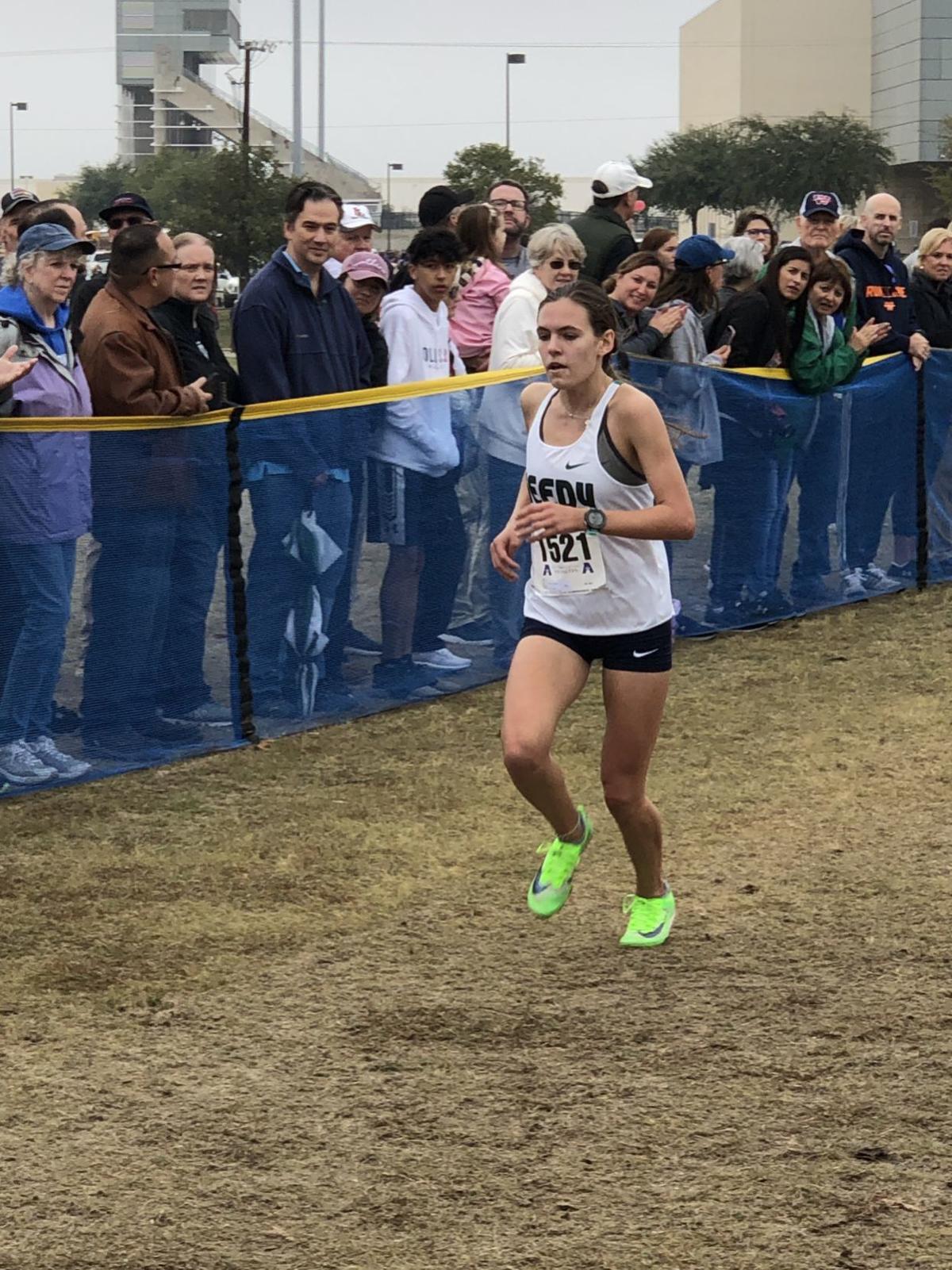 Reedy junior Colleen Stegmann captured the Class 5A individual championship at the state cross country meet in Round Rock in November.

Lone Star celebrates its 33-27 victory over three-time defending state champion Highland Park in the Class 5A Division I Region 2 semifinals.

Reedy junior Colleen Stegmann captured the Class 5A individual championship at the state cross country meet in Round Rock in November.

With that said Star Local Media presents its eighth edition of The Varsitys, the second of a three-part series.

Liberty’s ascent up the Class 5A mountain has been a steady one and Reedy has been the captain.

In six seasons under Reedy, the Redhawks have been a consistent contender, advancing to at least the third round of the playoffs every year and compiling a 183-53 record during that time.

Liberty made it to the regional quarterfinals in 2015 and to the state title game the following season before settling for being the runner-up.

After two more trips to the regional tournament in 2017 and 2018, they again reached the state championship game last season before falling just short in a close loss to Amarillo.

Those heartbreaks served as motivation for this year’s squad and Liberty would not be denied.

Liberty was not perfect.

They dropped their season opener and suffered a 30-point loss early in the year, albeit to 6A power Duncanville, and they lost a pair of district games.

But Reedy has the Redhawks primed to play their best when it mattered most.

Liberty won its final four playoff games by single digits, including a one-point win over rival Centennial in the regional semifinals, a three-overtime marathon in the regional championship against Midlothian and another overtime classic with College Station in the semifinals.

For all their talents on offense, the Redhawks defense was its backbone and that was the case on the biggest stage, as they claimed a 35-26 victory over San Antonio Veterans Memorial to win the state championship.

Performance of the Year

This area has featured an abundance of talent in distance running in recent years, and Stegmann certainly falls into the category among the best.

Stegmann has had no shortage of success, with multiple medals both in the fall in cross country and in the spring with track, but she was always somewhat overshadowed by rival London Culbreath of McKinney North, who captured three consecutive state championships in cross country.

Stegmann was determined to change the script in her junior campaign.

She bested the field by nearly a full minute to win the 9-5A individual title and she followed that up with a regional championship.

Stegmann had finished ninth at the state meet as a freshman and third in her sophomore year, so the experience was there and she was primed for her time to shine.

Stegmann was just off the leader’s pace after one mile, but took a narrow lead after the second. Her finishing kick proved to be the difference, as she was able to pull away from the field to win by eight seconds and bring home the state championship.

Game of the Year

Lone Star vs. Highland Park Class 5A Division I Semifinals

In most seasons, Lone Star’s victory at Highlander Stadium over Highland Park would be the choice.

After all, the Rangers did what no Texas team had been able to in 21 years, handing the three-time defending state champions a home loss.

When a rematch rolled around in November, the stakes were much higher.

Beating a team twice in one season is never easy, especially when it is a traditional power aiming at a fourth state title in a row.

The Rangers needed less than two minutes to score when Garret Rangel hooked up with Marvin Mims on a 11-yard touchdown pass and it looked like it might be a repeat of the first meeting.

Highland Park served immediate notice that would not be the case, needing just 82 seconds to respond and tie it at 7-7 on a touchdown run by Chandler Morris.

The teams traded field goals late in the first quarter and the Scots took their first lead when Morris found Drew Scott for a 68-yard scoring strike.

The Rangers were able to even it up in the final minute of the first half when Rangel hit Tolu Sokoya for a score as they went into the break knotted at 17-17.

The Scots regained the lead midway the third quarter, but Lone Star seemed to regain control, as Josh Click booted a field goal and Mims hauled in a 16-yard touchdown pass to give Lone Star a 27-24 lead with 3:43 left.

Highland Park channeled its championship mettle, getting a field goal from Wesley Winters with 54 seconds left that ultimately sent it to overtime

The Scots got the first chance, but the Ranger defense was up to the task, holding them off the scoreboard.

That was all the offense would need, as speedster Jaden Nixon broke free for a 18-yard touchdown run to give Lone Star the 33-27 victory and spark the celebration.