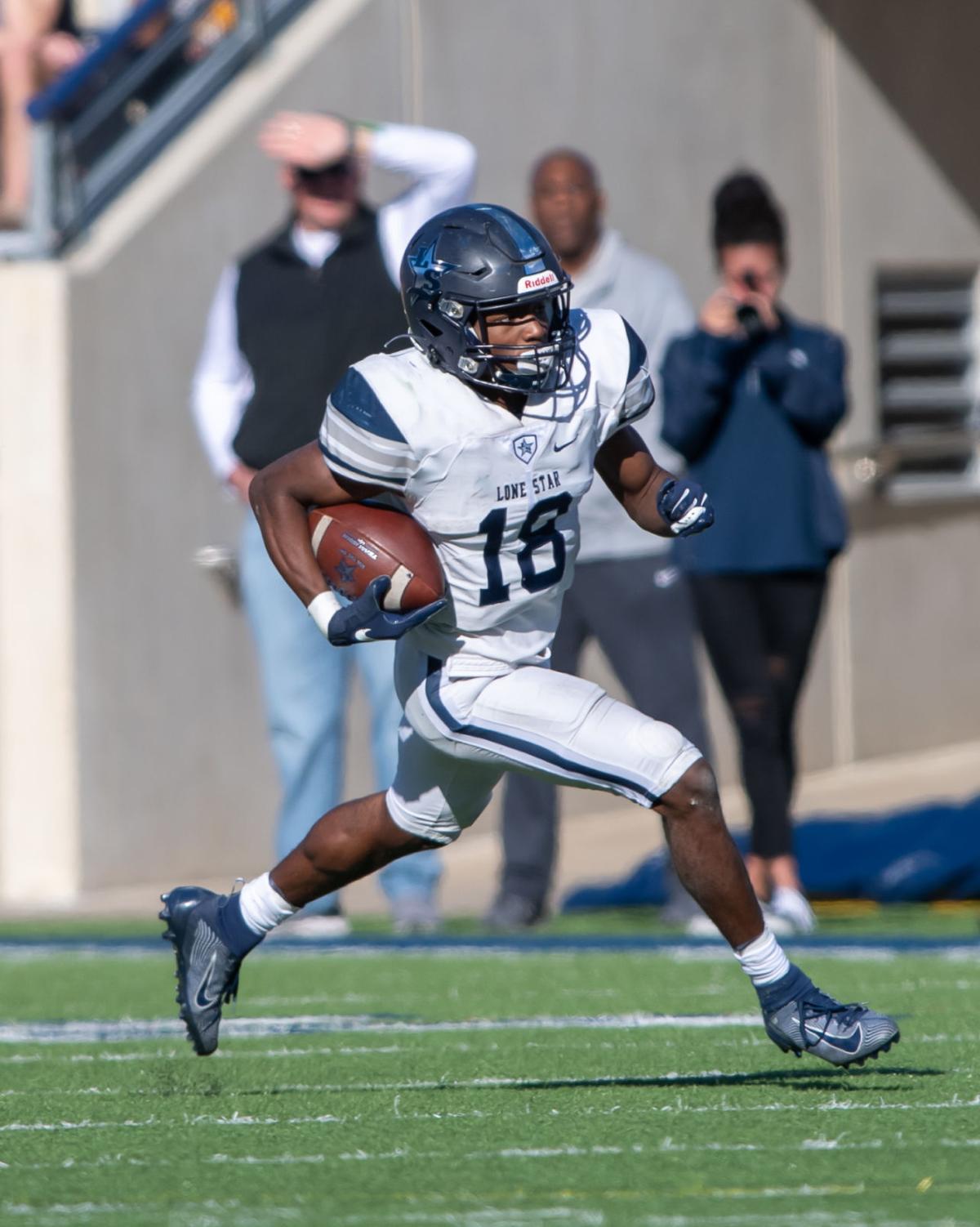 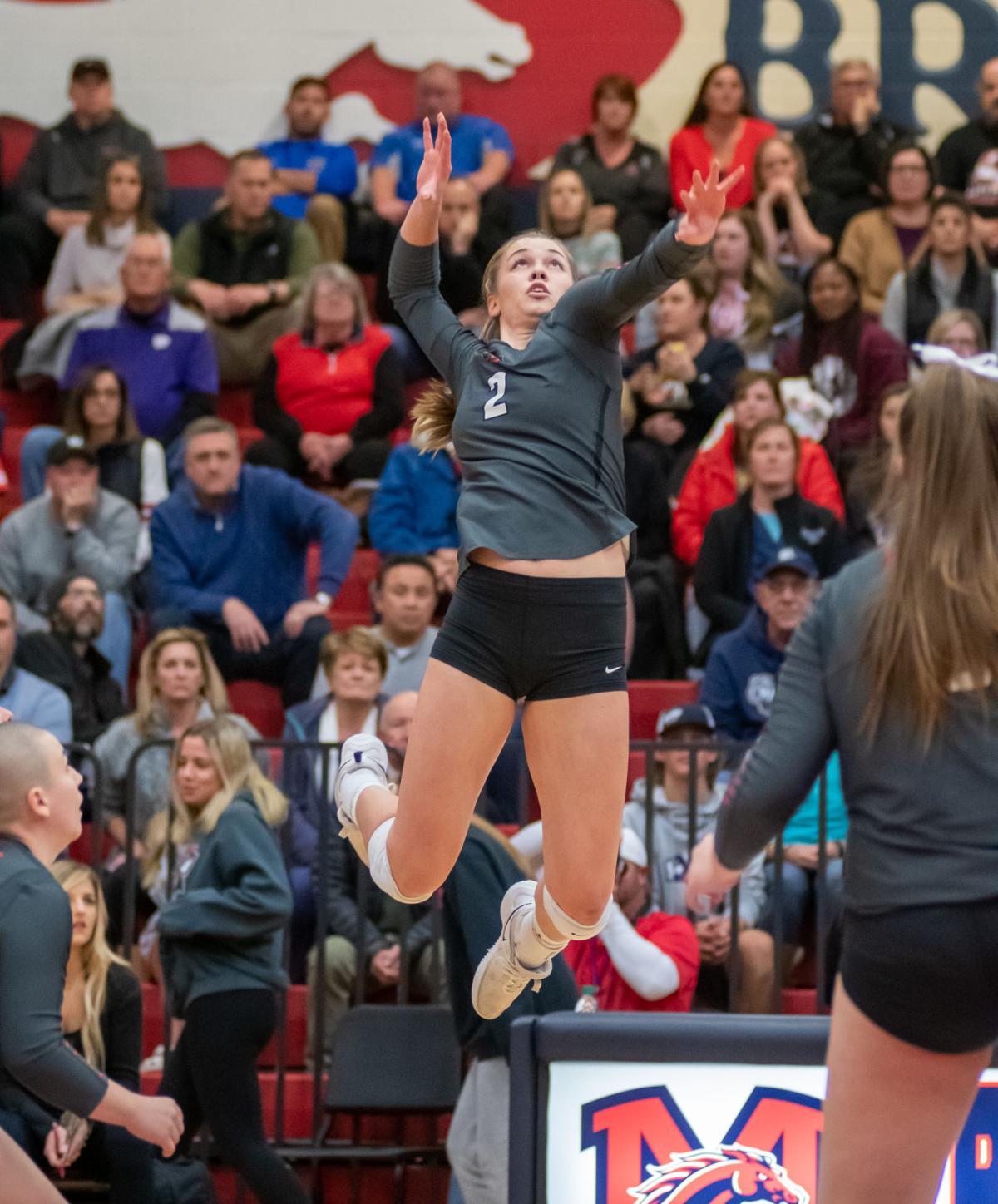 Liberty’s Jenna Wenaas led the Redhawks to the 9-5A volleyball championship and a trip to the regional quarterfinals.

Liberty’s Jenna Wenaas led the Redhawks to the 9-5A volleyball championship and a trip to the regional quarterfinals.

With that said Star Local Media presents its eighth edition of The Varsitys, the third of a three-part series.

Male Athlete of the Year

Mims put together one of the most prolific seasons in the history of Texas high school football in helping lead the Rangers to a 14-1 record and a trip to the state semifinals.

After spending his freshman year at Frisco Legacy Christian, Mims impressed during the next two seasons with the Rangers with 111 receptions for 2,448 yards, an average of 22.1 yards per catch, and 28 touchdowns.

Mims had six games with double-digit receptions, four of which came in the playoffs, topped 200 receiving yards seven times and had two or more touchdown catches in 13 of the 15 games.

What’s even more impressive is that Mims often spent a majority of the second halves on the bench due to the lopsided nature of many of Lone Star’s games, and even had a game against Mansfield Legacy in which he did not record a catch.

Mims dominated during non-district play, rolling up 714 yards in three games, including a 11-catch, 236-yard, two-score performance to help the Rangers hand Highland Park its first home loss to a Texas team since 1998.

He had a four-touchdown game against Wakeland, highlighted by a 93-yard score, and had a season-high 303 receiving yards on 11 catches in a playoff win over College Station.

Mims’ career total of 4,962 yards ranks fourth in state history and his 2,629 yards are 202 more than the second-best season total.

Co-Female Athletes of the Year

Wenaas capped her high school career by guiding the Redhawks to an unprecedented 18-0 record en route to the 9-5A championship and was named district most valuable player for the second consecutive season.

The Minnesota-signee was one of the most dominant outside hitters in the state, averaging 5.1 kills per set, and finishing with a total of 642.

Wenaas was far from a one-trick pony, though, as she was second on the team with 440 digs and also registered 49 blocks at the net.

Owens-Barnett guided Liberty to its first state championship in girls basketball. The sophomore set the tone on defense and was also the primary option on offense. Owens-Barnett averaged better than 13 points per game overall, but stepped up that production during the 9-5A slate, tallying 18 points per contest on her way to district most valuable player honors.

During Liberty’s run to the title, Owens-Barnett led the team in scoring in six of the seven playoff games, topped the 20-point mark four times and tallied 14 points in the finale as she was named the championship game most valuable player.

Team of the Year

A year after coming so close to the ultimate prize they could almost touch it, Liberty completed its mission this season in capturing the program’s first state championship.

The Redhawks showed they understand how to peak at the right time when they advanced to the state championship game in 2019 despite having 10 losses during the regular season.

Coming so close fuels a team’s fire, but Liberty graduated its entire starting lineup and returned only two regular contributors in Jazzy-Owens Barnett and Maya Jain.

There were some growing pains with a new cast, and the Redhawks’ record actually stood at 3-7 heading into December.

But Liberty started to right the ship from there and led by district coach of the year Ross Reedy and most valuable player Owens-Barnett, they rolled to a 16-2 record en route to the 9-5A championship.

The Redhawks cruised through the first two rounds in blowout wins over Lovejoy and South Oak Cliff and then showed what would prove to be their calling card—stifling defense and finding a way to win close games.

In the regional quarterfinals, they ran into a familiar face in Centennial, who had already played them tough twice.

It once again went down to the wire, but Liberty limited Centennial to four points in the fourth quarter to hold on for a 32-31 win.

Owens-Barnett took over at the regional tournament, pouring in 26 points in a 42-36 win over Red Oak and 22 in a 48-43 triple-overtime victory against Midlothian to punch their return ticket to the state tournament.

The Redhawks had to work extra again in the state semifinals against College Station, but after rallying from a six-point deficit to start the fourth quarter, the outscored the Cougars 6-3 in overtime to pull out a 44-41 win.

With the state championship within its grasp, Liberty suffocated San Antonio Veterans Memorial, holding them to just 15 points during the final three quarters, and behind 14 points from Owens-Barnett and 10 from Jain, the Redhawks brought home the Class 5A title.