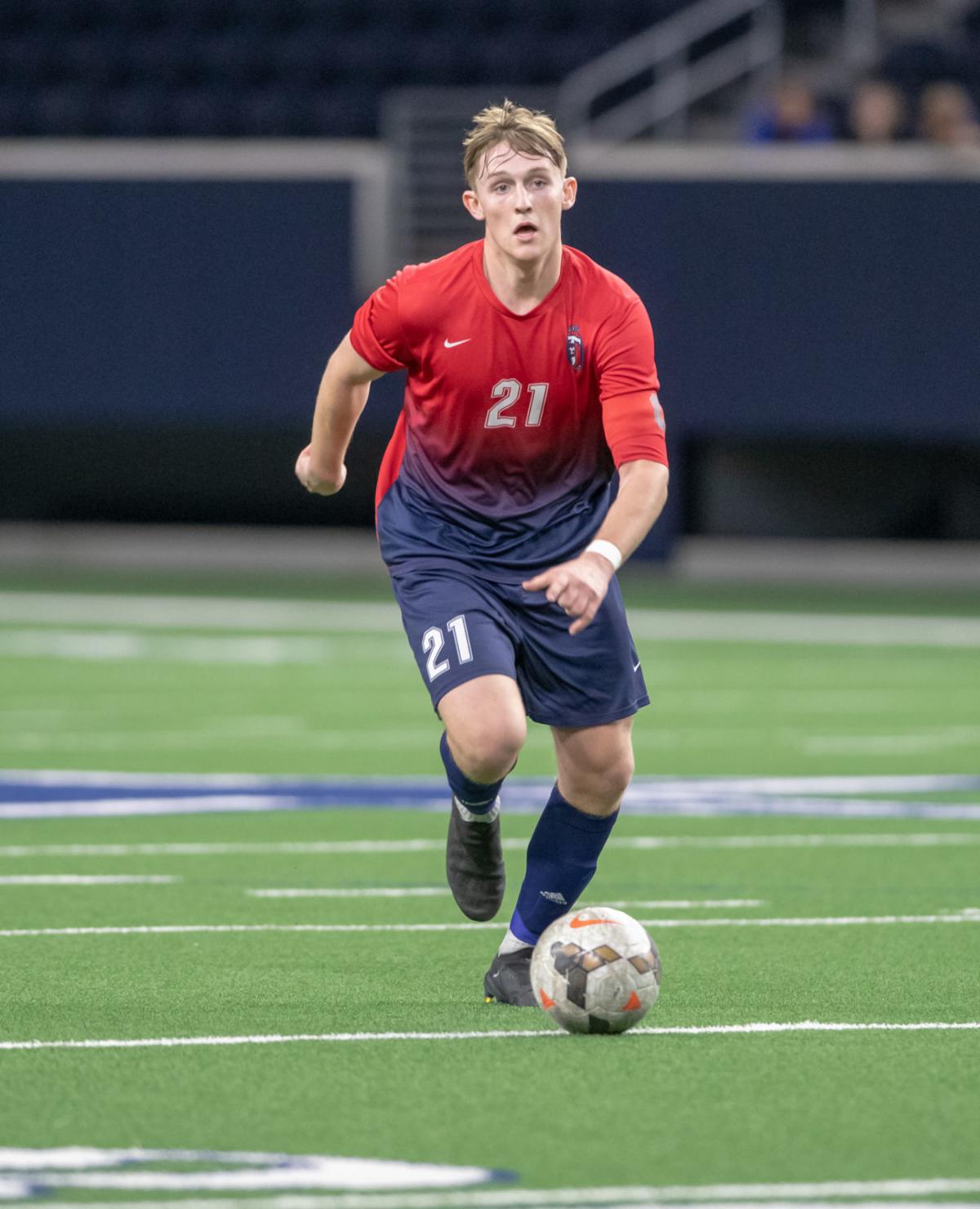 Frisco Centennial senior Nick Wazner was selected as the 9-5A most valuable player. 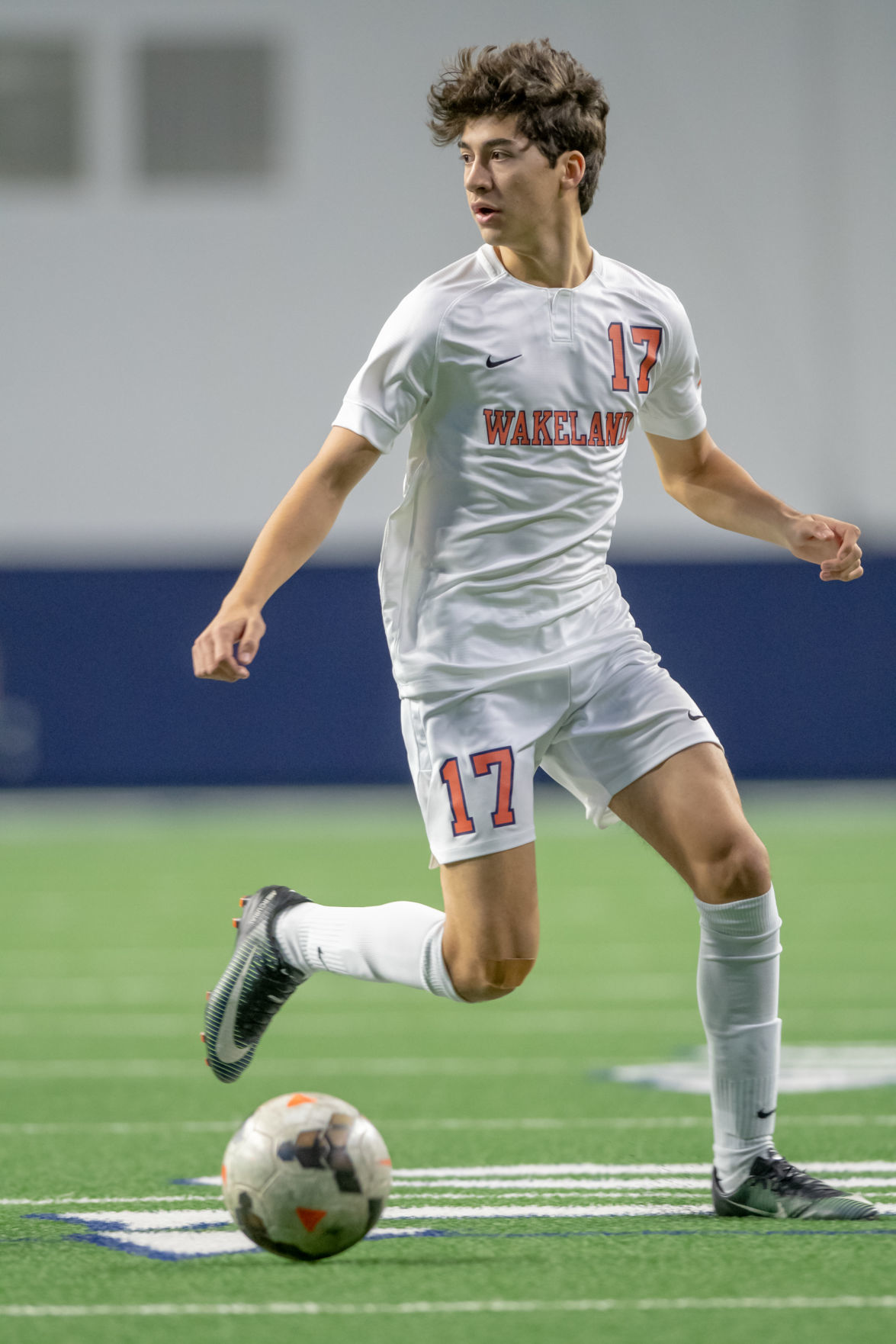 Frisco Wakeland senior Marc Borbonus was voted as the 9-5A offensive player of the year.

Frisco Centennial senior Nick Wazner was selected as the 9-5A most valuable player.

Frisco Wakeland senior Marc Borbonus was voted as the 9-5A offensive player of the year.

Wakeland has not only been the class of the district in recent years, there is a good argument to be made they have been the premier 5A program in Texas.

During the last decade, one would be hard-pressed to match the resume the Wolverines have put together.

Wakeland’s state championship in 2010 was the beginning of a run that saw them make 10 consecutive playoff appearances, seven regional tournaments and six trips to the state tournament, including in each of the last four seasons where they added Class 5A championship trophies in 2017 and 2018.

Wakeland was poised to make another lengthy run this spring, as not only had they built a comfortable lead in the district standings, they were ranked No. 3 in the TopDrawerSoccer.com state poll, which includes all classifications, and held down the No. 1 spot in the Texas Association of Soccer Coaches 5A Region 2 rankings.

This year's final script will not be written, however, as the COVID-19 pandemic resulted in an abrupt end to the season.

Teams have tried to proceed as normal as possible and a part of that is selecting the all-district team.

While it is no surprise that the Wolverines claimed their share of awards on the all-9-5A squad, they were not the only FISD squad enjoying a good season and that was reflected with the balance on the list, which saw six different programs earn superlative awards.

It starts with Wakeland, though, and they claimed 10 spots on the all-district team, highlighted by a pair of superlative awards.

Senior Mark Borbonus was selected as the offensive player of the year. A three-year letterman and member of the all-state team a season ago, Borbonus ranked among the area leaders with 16 goals and eight assists.

Wakeland landed four more players on the first team. Senior forward/midfielder Bryson Bezdek, another three-year letterman, was among the top scorers with 14 goals and seven assists.

Senior defender Bryan Bayles helped lead a defense that gave up only 11 goals in 21 matches, while senior Nathan Moonesinghe was also named to the first team.

Frisco had already clinched a playoff berth for the second straight season and was solidly in second place as they took home seven all-district nods with two major honors.

Senior Matt Kendrick was chosen as the co-defensive player of the year. A senior captain and one of the team’s most valuable players, Kendrick took the lead on a revamped defense that had to replace six new starters and helped the Raccoons post 16 shutouts and allow only 0.85 goals per match.

Senior midfielder Shane Anderson, another team MVP and a four-year varsity starter, was selected as the utility player of the year as he registered seven goals and seven assists.

Frisco placed three more players on the first team. Junior Timmy Ospina was one of 9-5A’s best stories. A two-year starter on defense, Ospina moved up to forward and despite missing the first six games with an injury, he returned to record 10 goals and six assists in 14 district games.

Centennial was in third place and on its way back to the playoffs for the seventh time in eight years and nabbed five spots on the list, including the biggest honor of all.

Senior Nick Wanzer, last year’s midfielder of the year, captured his second straight superlative honor as he was voted 9-5A most valuable player. Wazner, who signed to play collegiately at Mercer, registered eight goals and six assists.

Senior Luke Krueger and junior Muturi Mwangi, who each had three goals, were named to the first team.

The Titans added two more players to the second team with senior Cameron Smith, who tallied seven goals and one assist, and senior Brian Shim, who had four assists.

Though it was not official, Memorial was in the driver’s seat for the fourth playoff spot with two games left on the docket.

The Warriors turned in one of the most remarkable turnaround seasons in the area. In their inaugural campaign a year ago, they won just one match overall and went 1-14-1 in district play, but in they were poised to make their first playoff berth in the program’s young history and that garnered Adam Cecil coach of the year honors.

That was one of two major awards for Memorial, as sophomore Sam Davis was voted as the co-defensive player of the year, as he was not only a star in the back, but also contributed up front with six goals and three assists.

The future is bright for the Warriors, as Davis was one of four sophomores named to the team. Berin Droemer had eight goals and four assists to earn first-team honors where he was joined by senior Jonathan Martinez.

Sophomores RJay De Madet and Giancula Pedroso were named to the second team, giving Memorial a solid nucleus to make their first playoff appearance in the near future.

Lone Star was still in the hunt for its fourth consecutive playoff berth and had five players recognized.

That quintet was led by sophomore forward/midfielder Aubrey Eason, who was named newcomer of the year after scoring 11 goals and adding a pair of assists.

Bodgan was one of the best set-up artists in the district with 10 assists to go along with two goals, while Fiol registered seven goals and two assists.

On the second team, the Rangers were represented by senior defender and captain Tenner Denton, who had five goals and an assist, and senior forward/midfielder Axel Ramon, who added a pair of goals and two assists.

Independence was still alive for its first playoff appearance in program history and garnered four nods.

Liberty had only two honorees, but one was impressive sophomore Ashton Schramek, who was named to the first team. Schramek was a two-way player from his left back position scoring three goals and dealing out a team-best 11 assists and also holding opponents to only two goals from his side of the field and saving nine shots off the line.

Lebanon Trail was represented by senior Derek Mendez on the first team and senior Bo Harmon on the second squad.

The season did not go the way Heritage would have liked, but one of the bright spots was senior Kyle Renton, who was voted goalkeeper of the year for the second straight season. Teammate senior Diego Hernandez made the first team and junior Dylan Sefcik was on the second team.

Rounding out the honorees, Reedy senior Mason Lubbe and senior Jackson Ozawa were named to the first and second team, respectively.