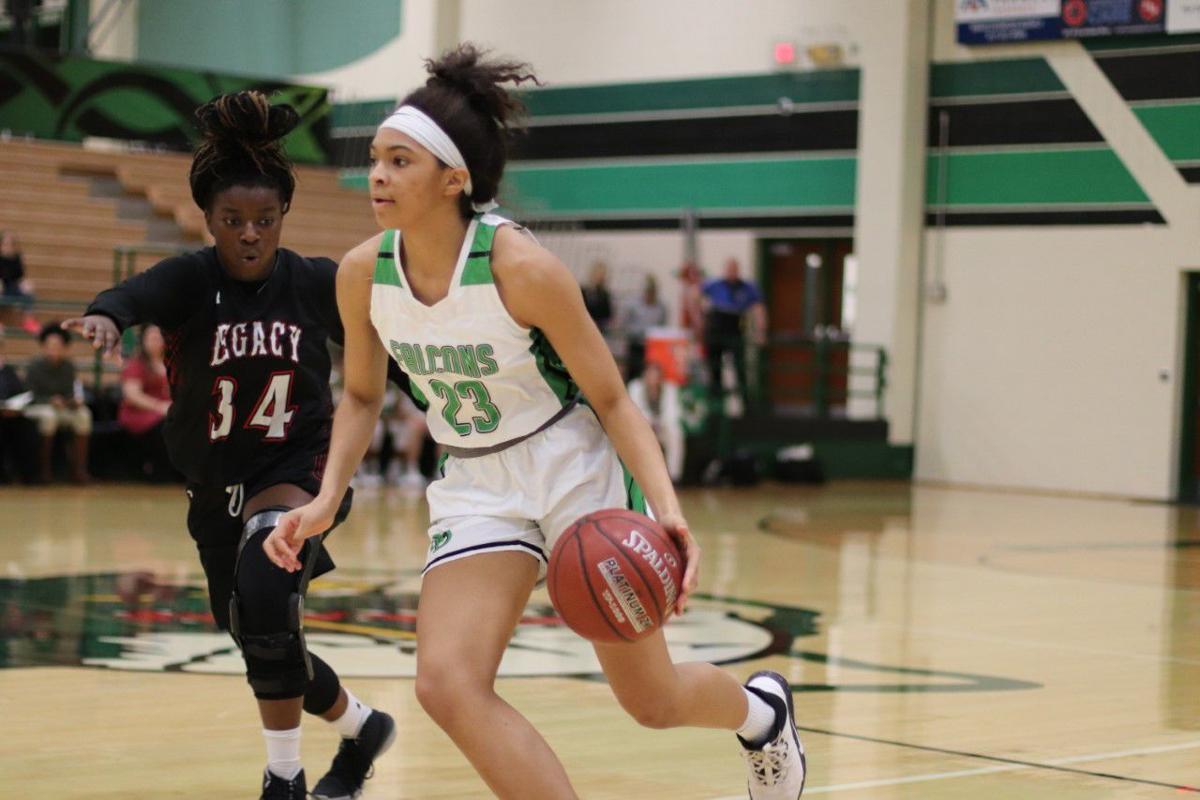 Dorian Norris was an all-state selection after leading the team in points, rebounds and steals. 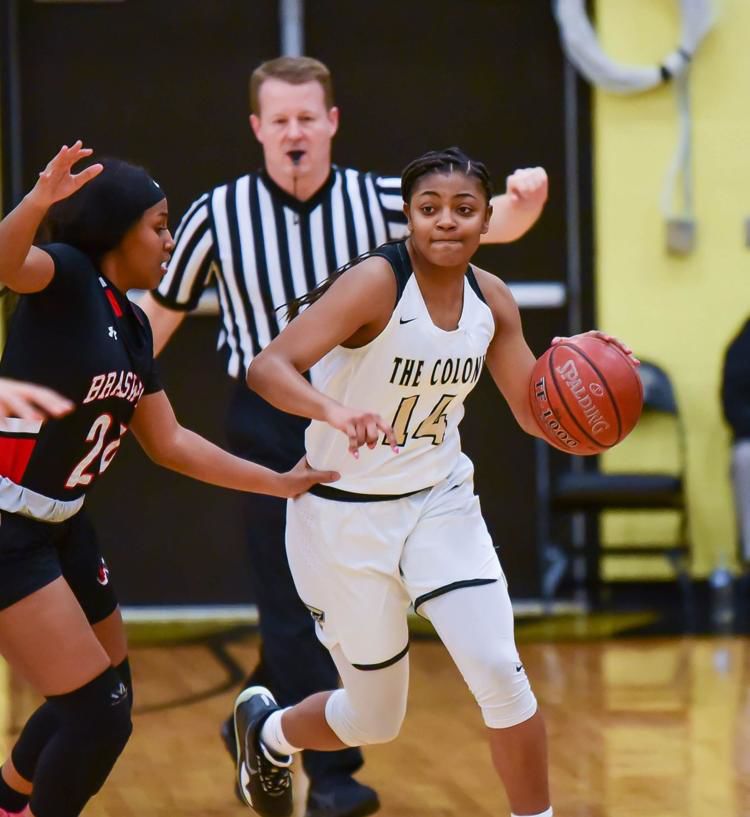 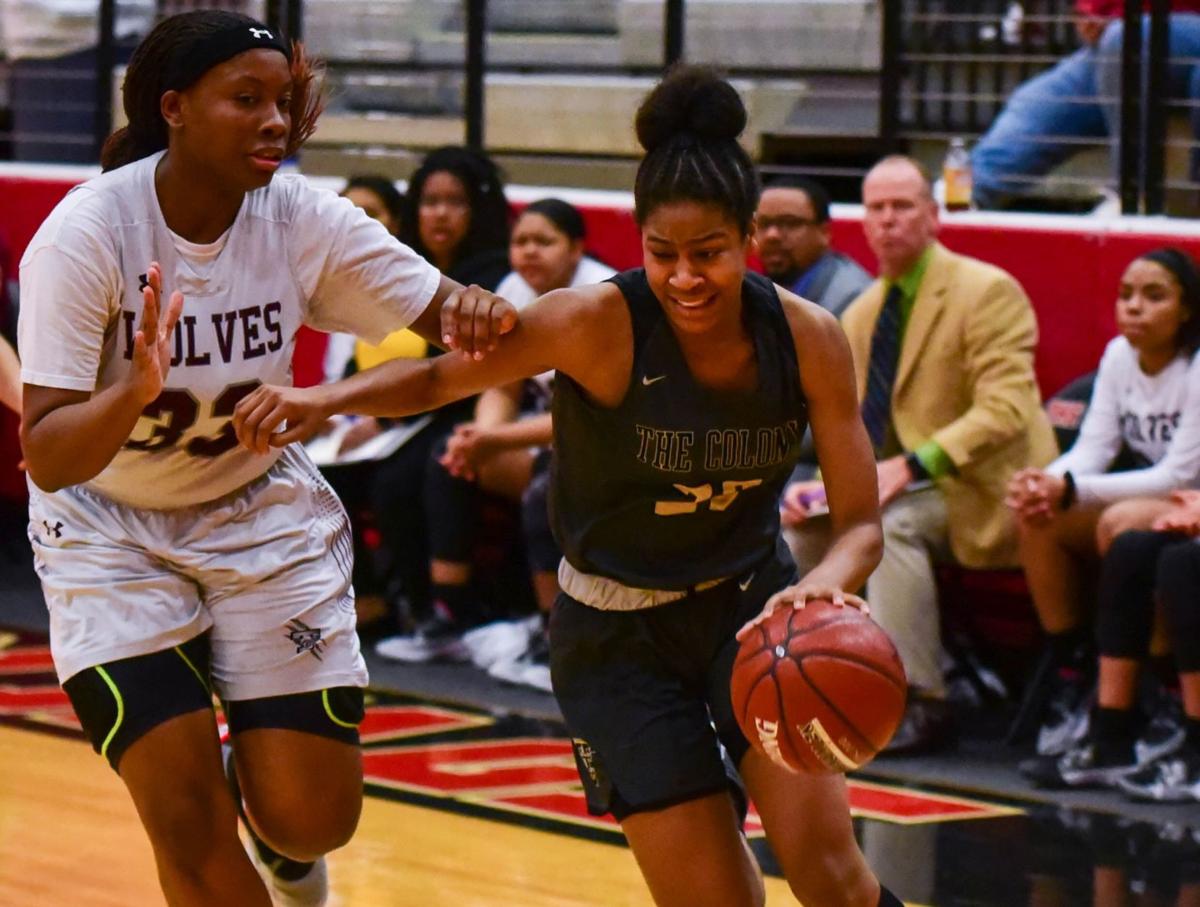 The Lake Dallas and The Colony’s girls basketball teams were represented with a slew of postseason honors at the highest level of Texas athletics.

Lake Dallas senior Dorian Norris and The Colony seniors Tamia Jones and Jewel Spear were selected to the Texas Girls Coaches Association’s all-state team, named as three of just 50 players in the 5A classification to make the list.

Norris, headed to Texas A&M-Commerce to play collegiately, averaged team highs in points (13.7), rebounds (7.0) and steals (3.5) in Lake Dallas’ run to history in 2020 – one that saw the Lady Falcons split a co-district title with state-ranked Denton Braswell, win their first playoff game in 12 years and advance all the way to the regional semifinals before being knocked off by Amarillo.

Additionally, Norris was named a first-team honoree in 8-5A to cap off a high school career that saw her help Lake Dallas to two straight playoff berths before their run to the fourth round as a senior.

“It is a great honor for Dorian to be voted to TGCA all-state," said Jordan Davis, Lake Dallas head coach. "She was a great leader for our program and really took her game to another level this season. We’re so proud of her and all that she has done for Lake Dallas.”

Jones and Spear, like Norris, lifted their program to new heights to earn their way to all-state distinction.

Behind the two, The Colony lived up to the words the two bestowed upon the program as eighth-graders when they said they would change the complexion of the board in the gymnasium that included the history of all of the past winners for the program. The Lady Cougars went on to record their first-ever undefeated district season in 2016-17, made trips to the regional quarterfinals in all four years and went to the regional semifinals twice.

Jones, who will stay in the Metroplex and play at SMU, posted 19.0 points per game while averaging 4.4 rebounds and team bests in both assists (3.9) and steals (4.3). She also made the Texas Association of Basketball Coaches all-region team and was the Defensive MVP in 8-5A.

Spear, rated as the No. 88 recruit by ESPN’s HoopGurlz in the 2020 class and set to play at Wake Forest, was the team’s leading scorer (24.2) and rebounder (8.3). Other honors for her included a second-team selection on the MaxPreps all-state team, an academic all-state mark by the TGCA, the Offensive MVP award in 8-5A and a spot on the TABC all-region team.

"They’re in the record books in everything," said Colby Pastusek, The Colony head coach. "You’re going to see those two names in everything you hear about The Colony basketball. I remember when they were eighth graders and we had them in camp. They were looking at that board over there and they said, ‘Coach, we’re going to change that board.’ And they did.”