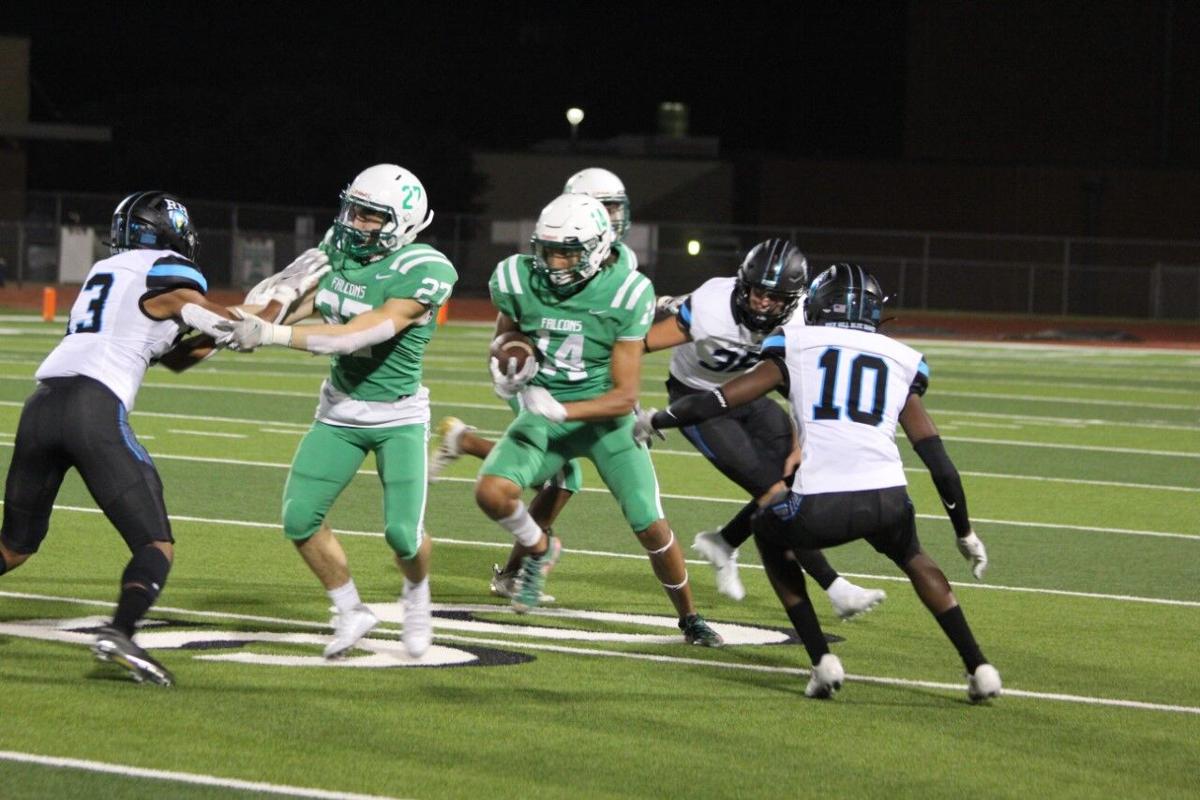 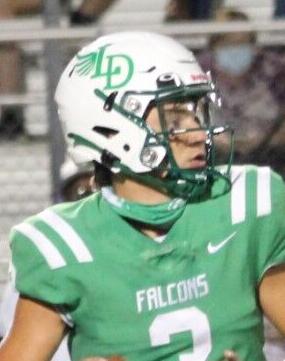 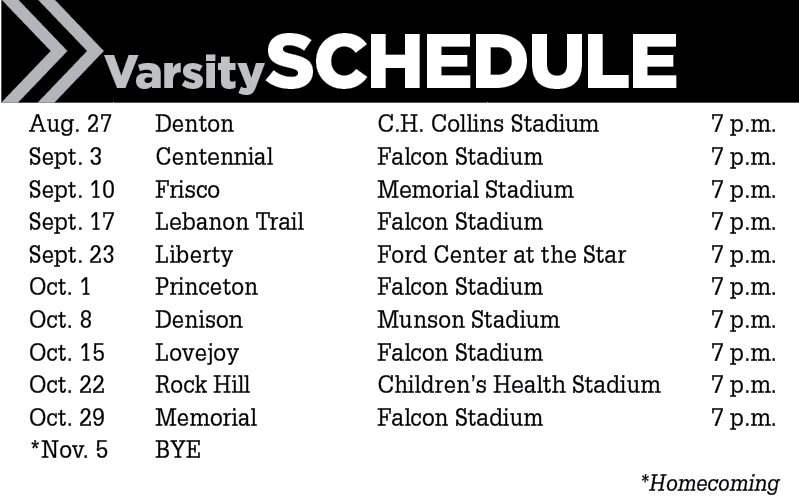 For the 17th straight season, Lake Dallas will have a head coach with the last name Young. But it won’t be the same one that Falcon fans have been accustomed to seeing roam the sideline.

Jason Young was elevated from defensive coordinator to head coach after Michael Young stepped down after 16 seasons, and 12 playoff appearances, at the end of June to accept a position as the athletic director of Little Elm ISD.

Jason Young – no relation to Michael Young – inherits a Lake Dallas team that finished last year with a 1-8 record and missed the playoffs for the second straight season. But he already likes the work ethic of his Falcons.

Lake Dallas will have good size at wide receiver with junior Evan Weinberg (6 foot 3, 195 pounds) and sophomore Keonde Henry (6-1, 180 pounds) and they will be joined by junior Nikaidian Gray, who is moving from cornerback to slot receiver, and senior Javon Washington.

Junior Eli Koch, junior Xinjin Gomez and junior Micaiah Brooks should expect to receive playing time at both wide receiver and in the Falcons’ secondary.

Lake Dallas lost all its starting linebackers from last year’s team to graduation, so Young is counting on senior Godwin Ugochukwu to lead the way.

Sorsby split time with Lake Dallas alum Trevor Moon last year before receiving a majority of the snaps in the second half of the season. Things started off slow for Sorsby but he made big strides during the last month of the season, throwing for 635 of his 851 total passing yards over that span. For the season, he finished with 240 rushing yards and had nine total touchdowns. Sorsby received his first college offer from Notre Dame College (South Euclid, Ohio) on July 2.